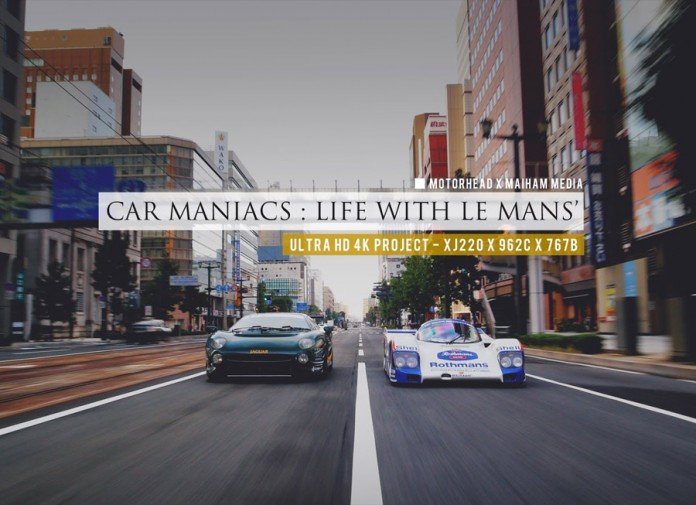 “When I sleep, I never dream. I live my dreams, full throttle on the highway,” said Mr. A. For most guys, the only way we can relate to a Le Mans prototype is from behind a game console. Meet 3 gentlemen who prowl the streets in Group C racers.

This epic video from Motorhead, custom car culture magazine from Japan, and Maiham-Media.com lets us in on how 3 gentlemen get to live their boyhood dreams with the simple flick of a switch.

For one to fully appreciate where these guys come from, you first have to realize that their idea of a noontime show involves a fucking velociraptor chasing an unassuming victim, this they probably watch over a bowl of noodles. The Japanese have lived though 2 atomic bombs, and have therefore no concept of the term bat-shit crazy. Now you ask, what off-the-shelf car can give you the thrill these guys seek? None.

Enter the world of Group C prototypes. The Mazda 767B, Jaguar XJ220LM, and Porsche 962C featured in this film are actual prototype cars that terrorized the tracks more than 20 years ago. These purpose-built cars cost almost ¥200 million to produce, in 1991 money. Some might argue that for posterity’s sake, these cars ought to be stored in museums, but to that I say, your car, your rules… and yes, you only live once.