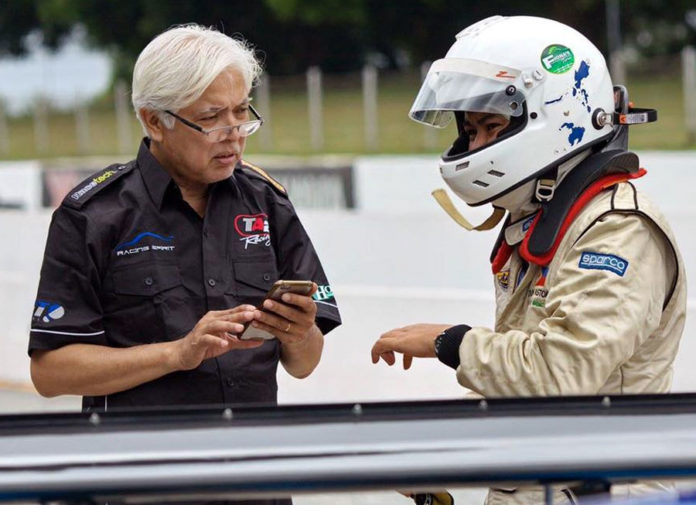 The last time Don Pastor raced with an international grid of drivers was way back in 2013. That was when he and his brother Enzo were still competing in the NASCAR Whelen Euro Series. To break his 4-year hiatus, Don is now set to take part in the inaugural TA2 Asia Racing event this weekend at the Sepang International Circuit (SIC).

As part of the Thailand Super Series, TA2 Asia will share the track with TCR Asia, Thailand Supercar GTC, and the Malaysian Championship Series. Don will be up against a combined grid of 20+ cars, around 10 of which belong in TA2. The single spec chassis are all built by Howe Racing Enterprises, fitted with a modern 525 hp V8 and a 6-speed sequential gearbox. They also come with paddle shifts, a locking diff, traction control, and weighs 1,250 kg with driver. In particular, he’ll be in the #16 TA2 Chevrolet Camaro of AV8 Team Philippines competing in the Pro+ category.

Leading up to race weekend, Don has been working hard on his fitness by hitting the gym. He has also spent hours in the simulator with Pro Simulation Karera (PSK) to familiarize himself with the car and the track layout.

Despite all the preparation, the team will still have to face several challenges in Sepang. Mainly, these involve the unforgiving Malaysian weather and lack of track time as compared to the other more experienced teams. But if Don’s performance during the pre-season test in Thailand is any indication, he should have no problems getting up to speed and challenge for podium positions.

FP1 and FP2 are scheduled on March 30 (Friday), followed by Qualifying and a 30-minute Race 1 on Saturday (March 31). The final 30-minute Race 2 will then take place on Sunday morning (April 1).

Don Pastor: “ Expectations are high for the race. There are a number of good drivers on grid and Sepang during this time of the year will be very hot. It’ll definitely be a challenge, but our focus is to go home with good results. It’s been 15 years since I last raced for the Philippines, which was still under the Formula BMW Asia Junior F1 program. This will be a dream come true to represent the country in an international event and I want to show that Filipino talent can make it to the top.