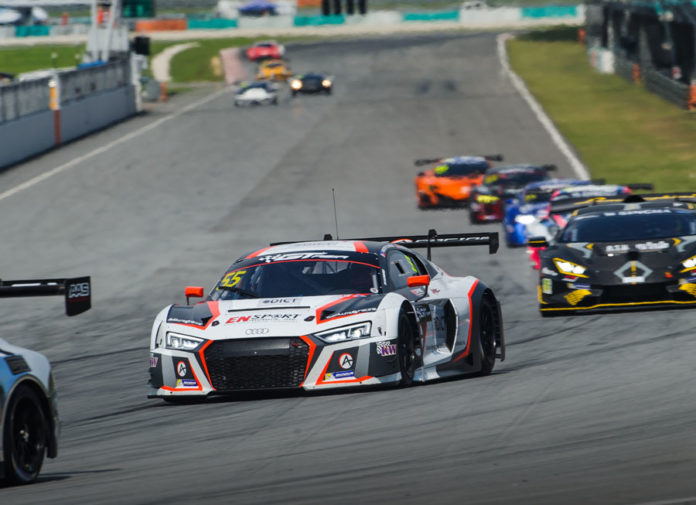 At last, the 2018 season of GT Asia Series got underway last March 29 to April 1 at the Sepang International Circuit (SIC). There were 19 cars on the grid that weekend, which was made up of GT3 and GTC entries. One of them was the #55 Audi R8 LMS of EN Sport by Absolute Racing, driven by Vincent Floriendo and Adderly Fong, that carried the Philippine flag on its roof.

It’s been over a year since Vincent last drove the Audi, way back in the R8 LMS Cup, and admittedly he struggled getting up to speed after being away from motorsports for so long. This was also Adderly’s first time to share the R8 LMS with the Filipino driver. 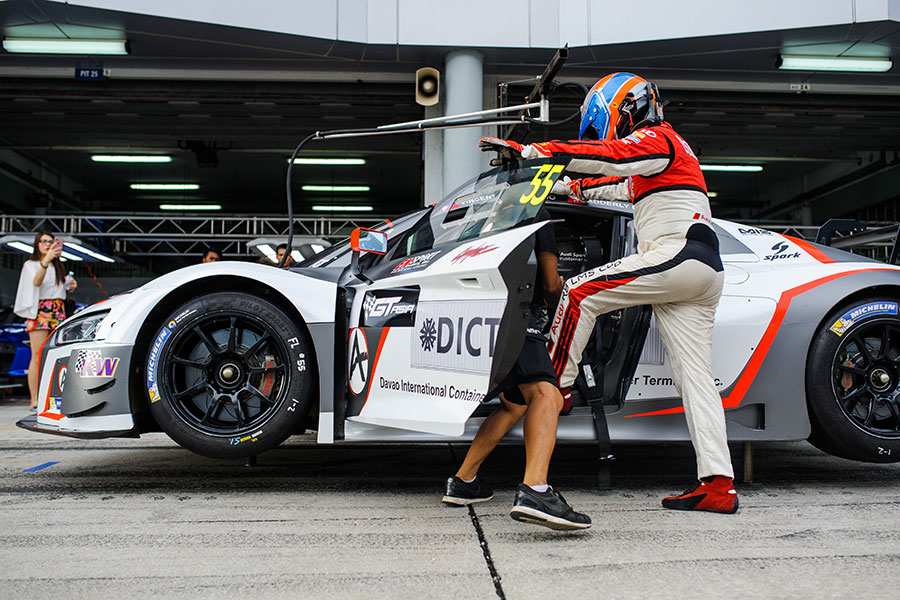 Despite these challenges, results from Free Practice indicates that they have good pace and can fight for a good position come on Saturday and Sunday’s race. Adderly then secured 1st in QTT1 ahead of the Bentley Continental, Ferrari 458, and McLaren 650S. Vincent, on the other hand, put in a good effort to qualify 10th in QTT2.

EN Sport by Absolute Racing’s pole position start, however, was short-lived in Race 1. Adderly was in the wrong gear when the lights turned green and dropped down the order. Still, the Gold-rated driver from Hong Kong worked hard to regain several spots before pitting in for a tire and driver change. Upon rejoining the track, Vincent struggled with the Malaysian heat and had a tough time defending his position. The #55 car would then cross the finish line in 6th place after 1 hour of racing. 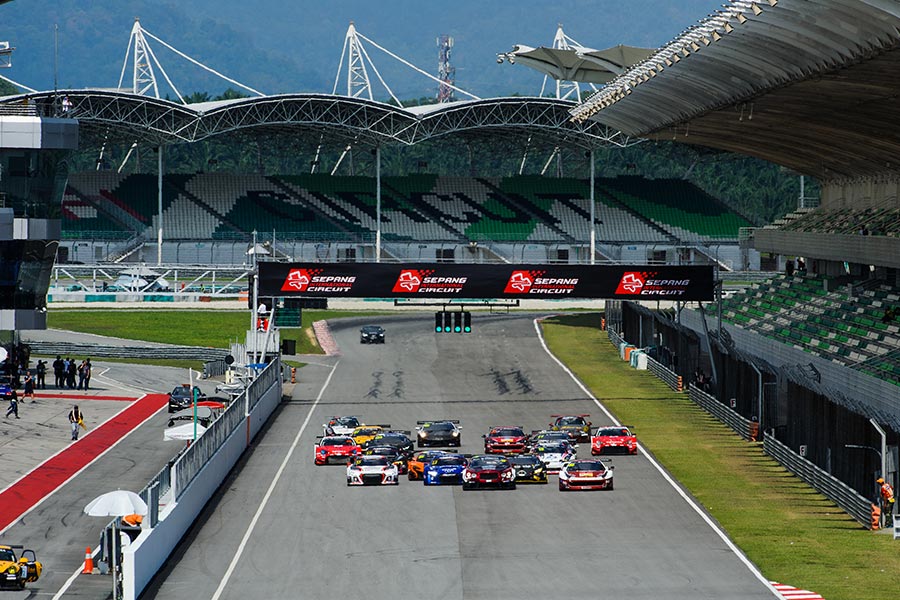 Their fortunes turned come Race 2 on Sunday. Vincent was first behind the wheel of the Audi R8 LMS GT3 and immediately moved up from 10th to 8th position on the opening lap. He then put on a solid performance to defend his position against the other #13 R8 LMS of Absolute Racing. The 2-time Philippine GT champion had to give 100% throughout his stint before handing the car over. Maintaining their advantage, Adderly then fought his way through to P3 and chased after the Bentley of est Cola by AAS Motorsport.

EN Sport by Absolute Racing was only 7.690 secs behind the leading car when the chequered flag dropped, earning the duo a 3rd place finish on their very first outing.

There’s a long 2 month break before the 2018 GT Asia Series resumes on June 1/3 at the Buriram International Circuit in Thailand. 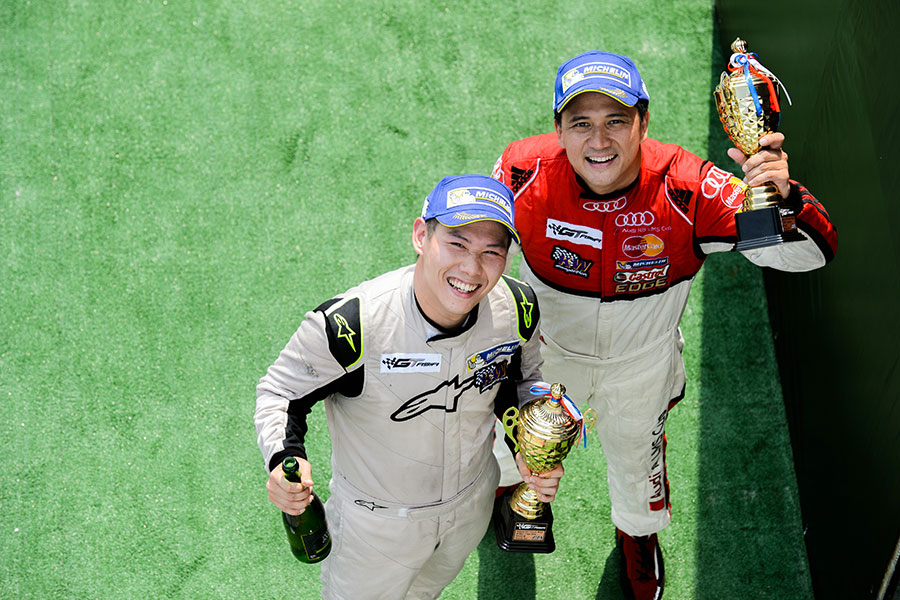 Vincent Floirendo: “We were very happy with race results given that this was our first race in GT Asia and the first time I drove with Adderly. It exceeded all of my, as well as the team’s expectations and it felt good to be on the podium. Definitely looking forward to the next race and there’s still a lot of things to improve on over the 2018 season. I’d like to thank Adderly and EN Sport Motors by Absolute for the weekend.”

Adderly Fong: “It’s been a great first event driving with Vincent, and he’s been so easy to work with. Throughout the weekend he improved every session step by step and didn’t make a single mistake. His race start and stint in Race 2 was a testament to this. 3rd was only possible because he held off the competition and didn’t put a foot wrong. He overtook 2 cars at the start from 10th to 8th and held his position against accomplished teammates.” 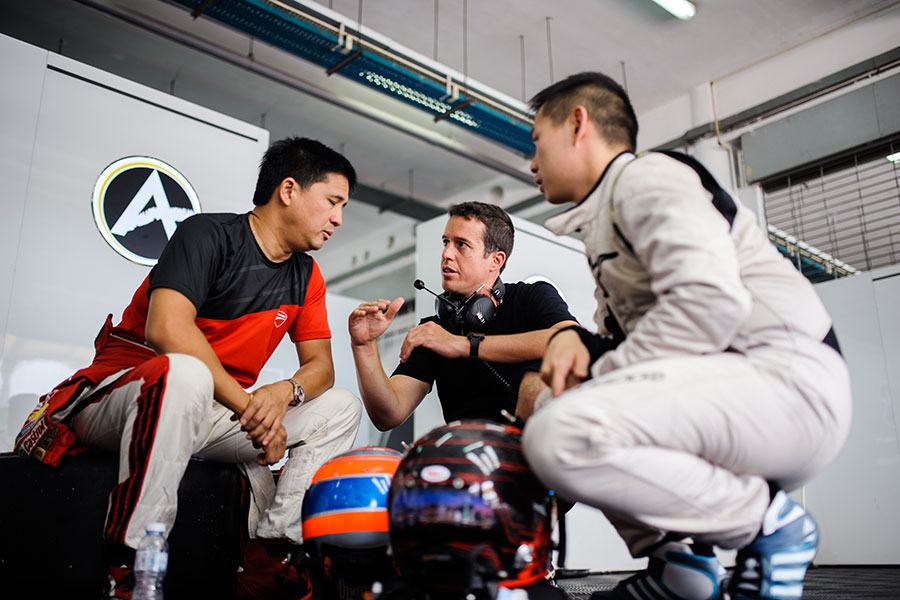 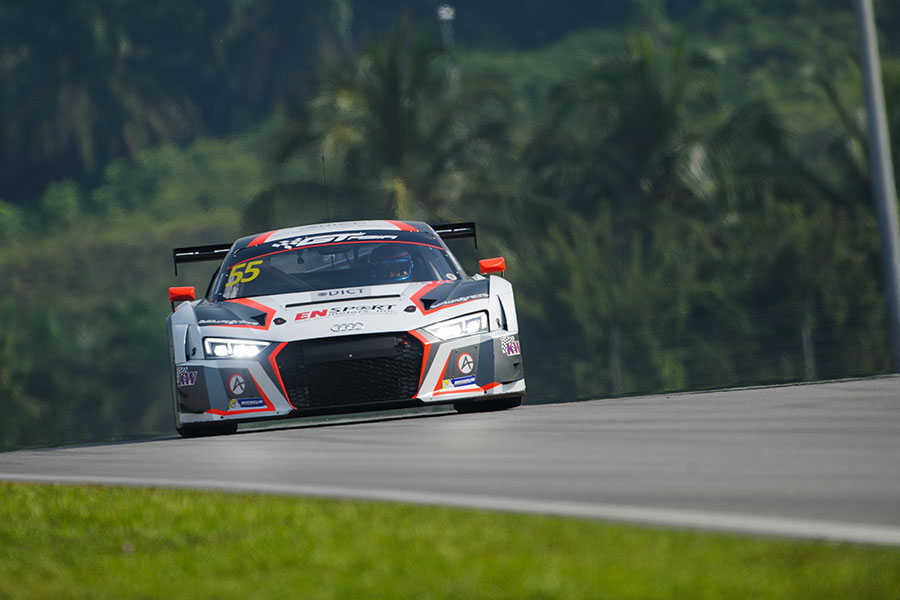 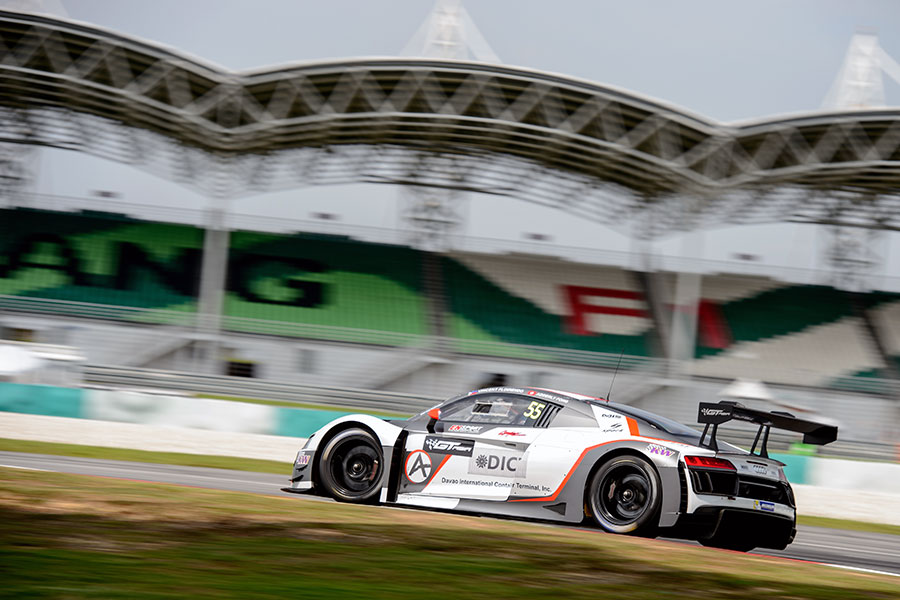 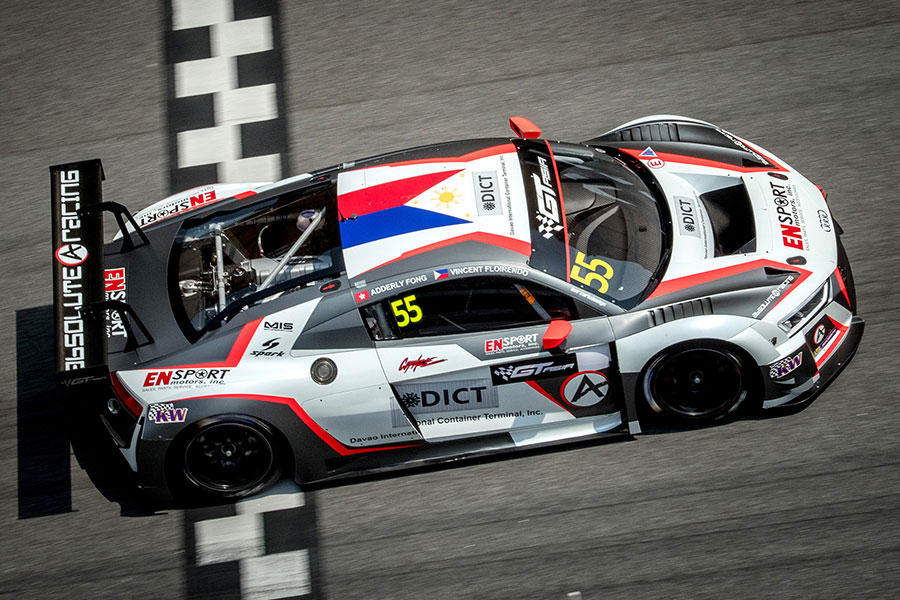 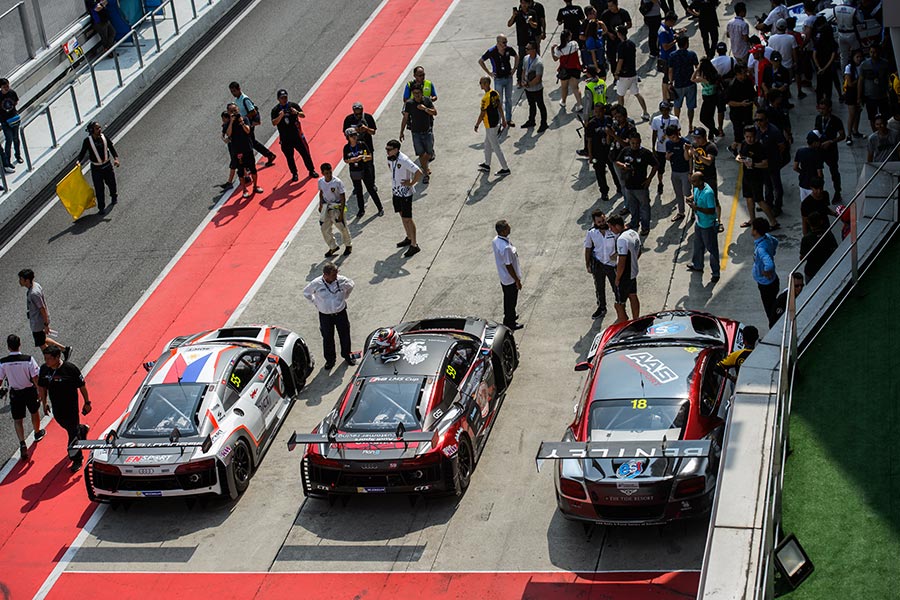