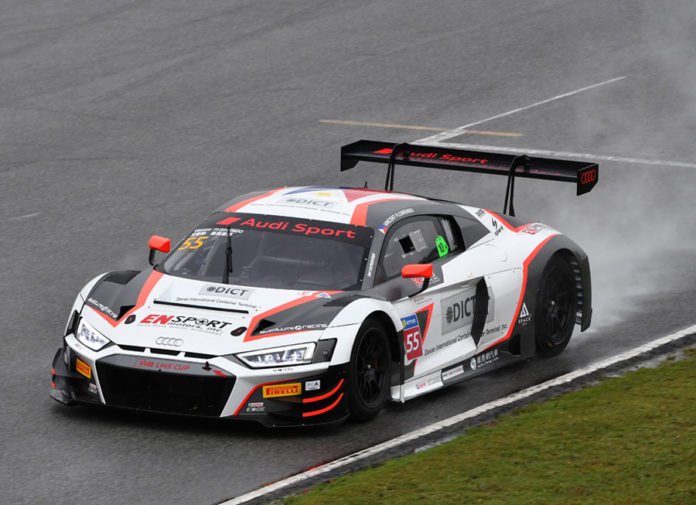 Even if he’s been away from the track for more than half a year, Vincent Floirendo didn’t seem to have lost any of his speed when he returned to the Audi R8 LMS Cup. As a matter of act, it looks like he now a much quicker driver and even snatched a pair of podium finishes at the Zhuhai International Circuit over the weekend.

Vincent missed the curtain raiser in Australia back in March, which forced him to play catch-up against the 12-car grid. This was also his first time to drive his #55 EN Sport by Absolute R8 LMS that’s now been updated to the latest EVO specification. So trying to find its limits around the 4.319 km track on race day wasn’t too ideal and proved to be tricky at times. But all of that didn’t matter to Vincent as he only focused on racing is own race. 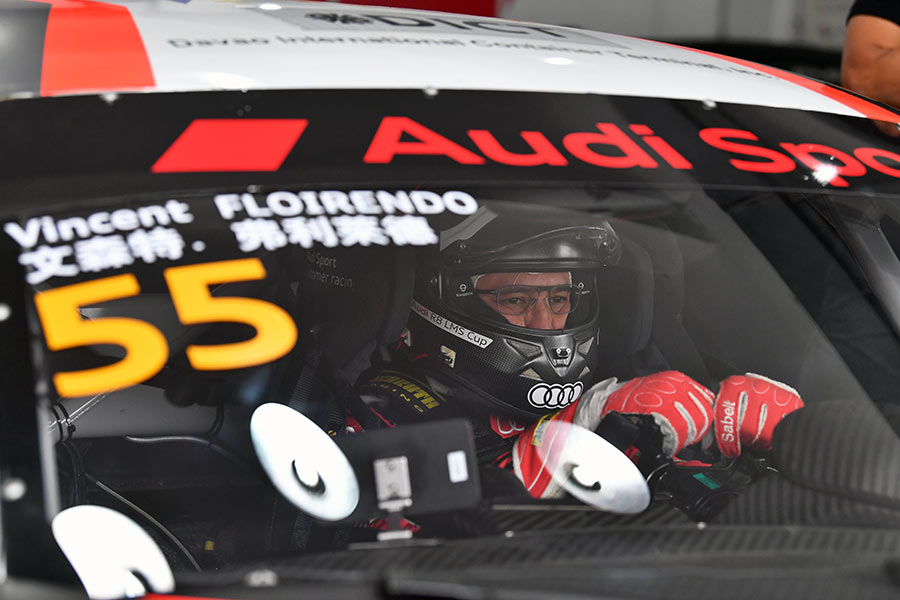 Normally starting as far back as P8 is a disadvantage to any driver. As luck would have it, this helped Vincent rocket up to P3 after a chaotic start in Race 1 that took out several front runners. He was then able to maintain his position by staying out of trouble as the other cars clashed on track. 16 grueling laps later, Vincent found himself crossing the finish line 3rd Overall and 1st amongst the Challenger Cup entries.

Not bad for a comeback drive.

The drama continued into Saturday with rain providing most of the action in Race 2. Vincent was again chasing after the leaders, this time behind a wall of spray in wet. But while the others floundered in the tricky conditions, the Filipino driver simply kept his cool and drove clean, smooth lines. This strategy worked well for Vincent as he gained several spots in the downpour and managed to get as high up as P2. An error-free run allowed him to repeat his performance and take another 3rd Overall and 1st in the Challenger Cup. 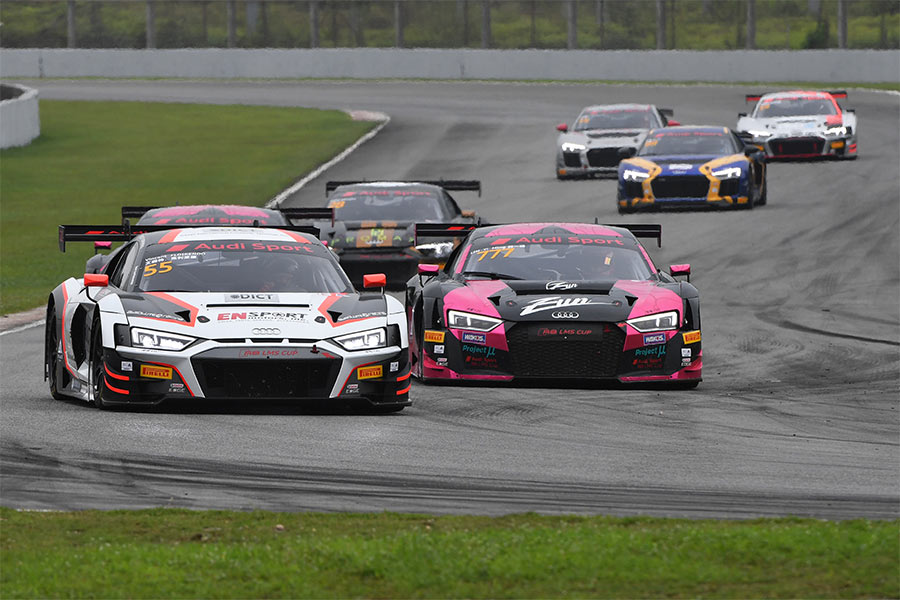 Vincent Floirendo: “Glad to be racing again in 2019. Last time I was with the Audi R8 LMS Cup was way back in 2017, so I’m happy to be back and get such good results on my return. This is my first time in Zhuhai so I just stayed focused, drove my own race, and stayed out of trouble. It worked out very well for me finishing twice on the podium and winning the Challenger Trophy. Really looking forward to the next race in Shanghai and the rest of the season.” 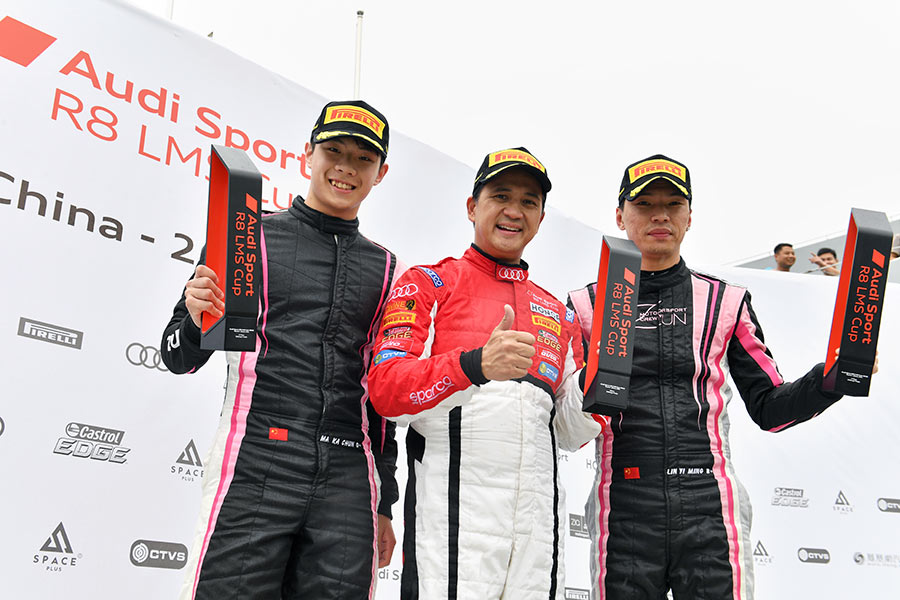 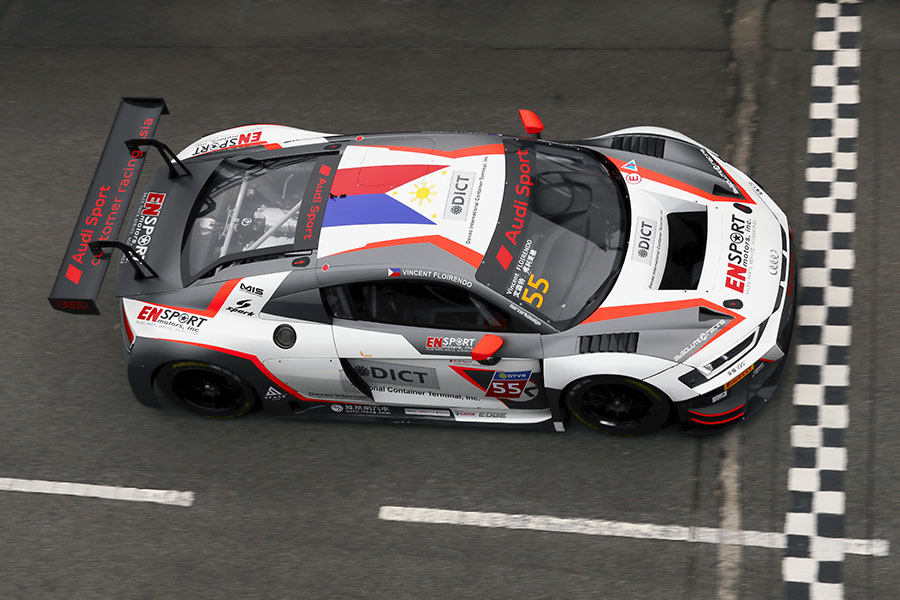