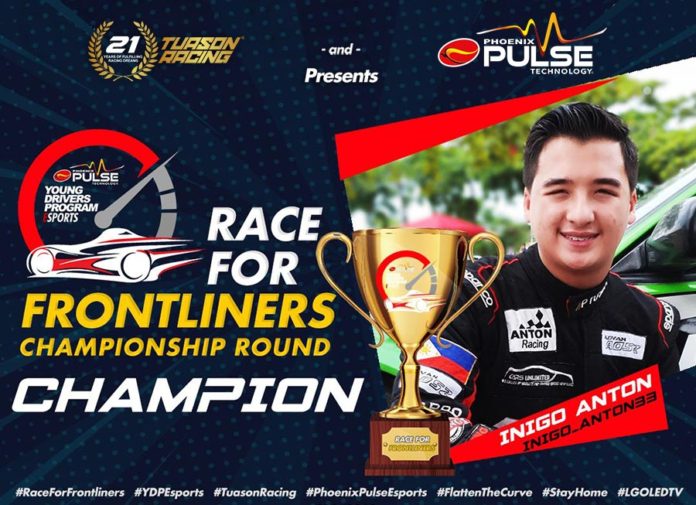 4 exciting rounds of the Race for Frontliners eSports program has finally come to an end. And of the dozens, if not hundreds of sim racers who entered, only one was crowned champion – Iñigo Anton – who walked away with a eye-watering grand prize worth Php 150,000.

A collaboration between Tuason Racing and Phoenix PULSE, the event kicked off back in April to find the next champion driver from the Philippines under the Phoenix Pulse’s Young Driver Program (YDP). Only 4 of the 5 planned online qualifiers, however, pushed through as the series already enough drivers for the Finals. Live Events were also shelved as they were not feasible under the current circumstances.

But the main highlight of the series is that it served as a fund raiser to help frontliners in the fight against the COVID-19 pandemic. Would you believe that they were able to raise Php 403,000 in total, which was used to provide meals for medical workers, Philippine National Police, Philippine Coast Guard, Armed Forces, and the likes.

The Semi-Finals held over the weekend saw 17 of the quickest drivers slug it out around the virtual version of the Red Bull Ring on GT Sport. Only the top drivers per group were given a slot in the all-important Finals with a 9-car grid that consisted of Iñigo Anton, Ian Soquila, Russel Cabrera, Corban Guerrero, Jeff De Vera, Joaquin Garrido, Rabboni Buenaventura, Kevin Puatu, and Zio Tantengco.

Iñigo, who’s also an accomplished race car driver in real life, was clearly in a class of his own as he quickly opened a gap from the rest of the field onboard an Aston Martin V8 Vantage. His lead would grow to 4.561 secs by the time the chequered flag dropped, earning the 15-year-old a lights-to-flag victory along with the Race for Frontliners title. 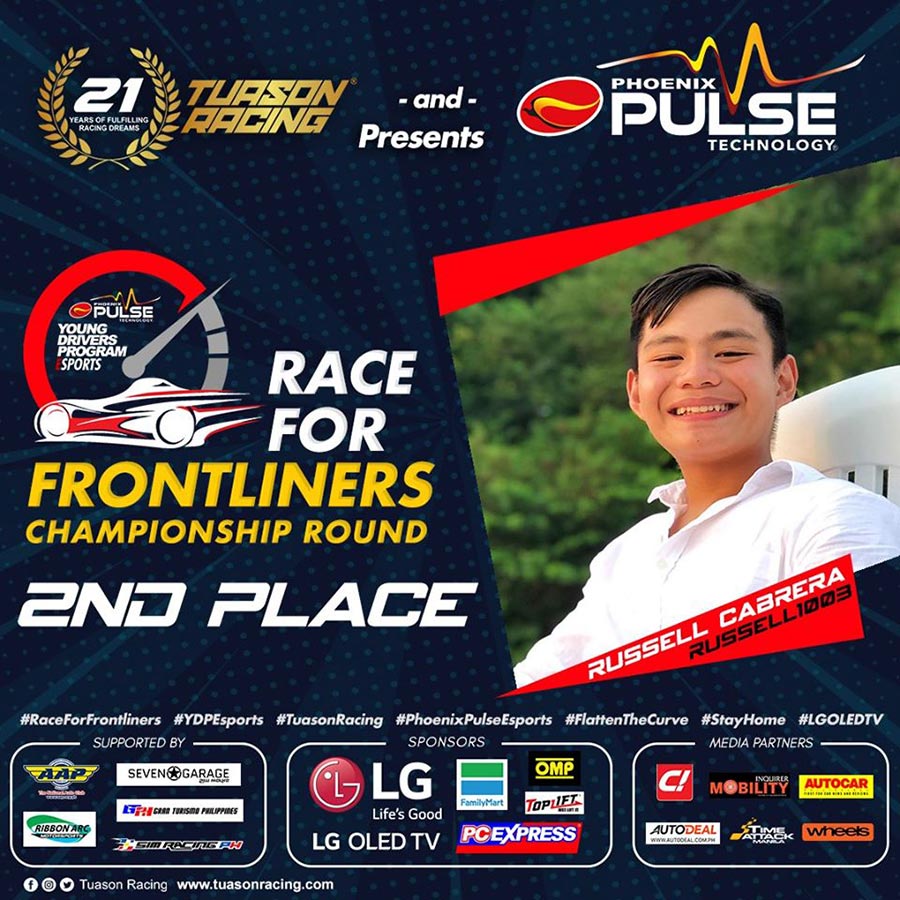 Also with real-world racing experience, his closest rival 16-year-old Russel Cabrera was 2nd across the line. A further 16.154 secs adrift was Corban Guerrero to complete the podium.

“There will always be someone better than you out there and you should make them your inspiration to be better. I learned a lot from them and I believe that experience, hard work, and practice will always make you a better racer,” shared Iñigo son of multi-titled race car driver Carlos Anton. 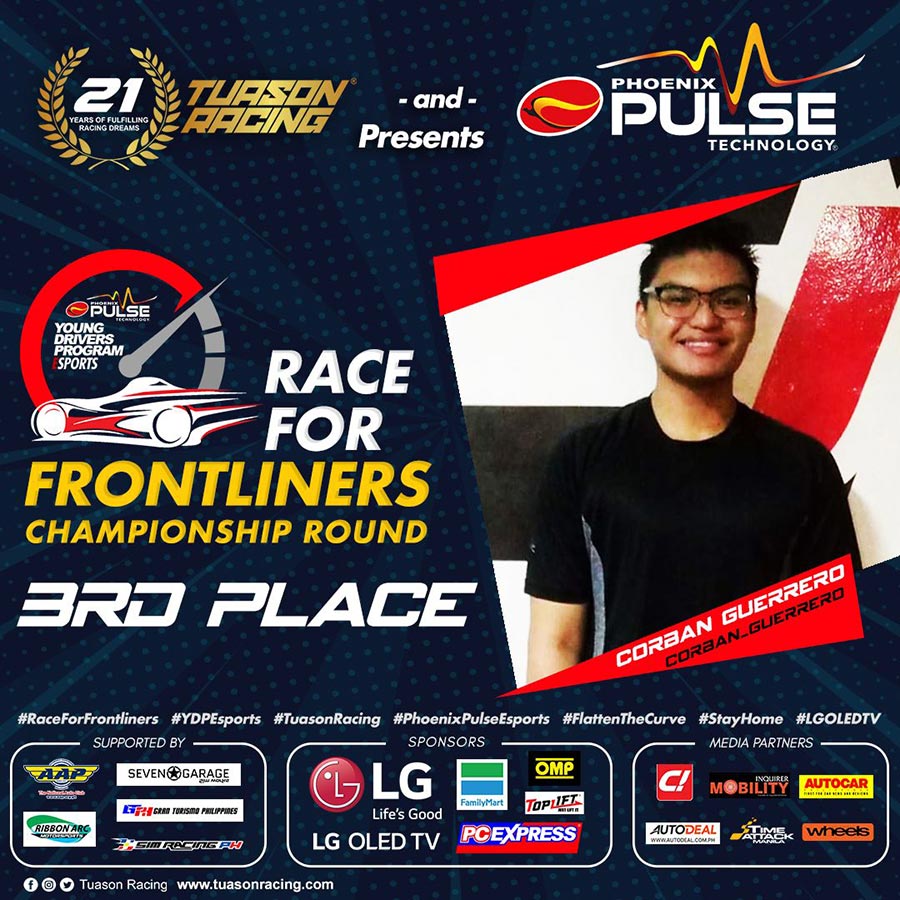 The Race for Frontliners’ initial grand prize was supposed to be an entry to the FIA Motorsport Games in October. But since that event is no longer happening, they’ve now swapped the loot for a fully decked-out sim rig worth Php 150,000. Iñigo’s new equipment comes with an OMP Full Bucket Seat, Seven Star Garage Sim Rig Frame, Logitech G29 Wheel, LG HD Television unit, OMP Racing Suit, and an OMP Helmet.

Meanwhile, Cabrera wins an LG Mini-Sound System for finishing 2nd overall in the series and Guerrero gets Php 5,000 worth of Phoenix PULSE Fuel.

You can watch the playback of the Race for Frontliners Finals on Facebook.