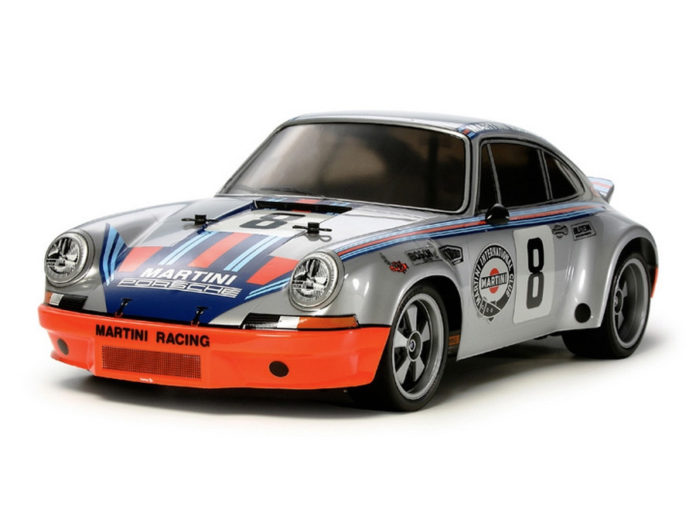 It’s an understatement to say that the 911 Carrera RSR was a success in the 1973 racing season. The Group 4 works prototype with its iconic silver and Martini stripe livery dominated the European GT Championship, plus winning 3 international and 7 German races in its first season.

The 911 Carrera RSR was definitely on a class of its own, beating machines from other top teams of that era such as Ferrari, Matra, and Mirage-Ford. Other victories on its list are the 24 Hours of Daytona, 12 Hours of Sebring, and the famed Targa Florio in Sicily. 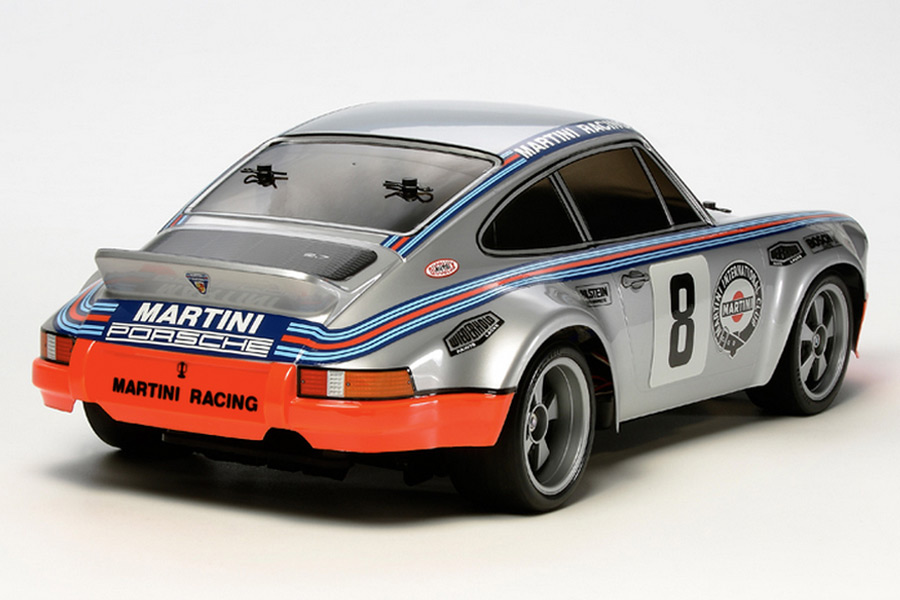 The no. 8 car, however, is neatly stored away at the Porsche Museum in Stuttgart-Zuffenhausen, Germany. So the chances of anyone see it in action anytime soon, let alone get the chance to drive one, are pretty slim. Luckily, Tamiya has a good alternative solution so we could revive a piece of racing history.

The Japanese plastic model company has faithfully reproduced this racing legend in 1/10 scale Radio-controlled Car (RC) form. Item No. 58571 is a model assembly kit with the ’73 911 Carrera RSR body shell accurately moulded from polycarbonate, complete with its iconic wide front and rear fenders, and ducktail spoiler. Meanwhile, a decal sheet is included to recreate the distinctive Martini stripes, numbers, sponsor logos, and more. Of course, the kit wouldn’t be complete without the classical Porsche 5-spoke design rims. 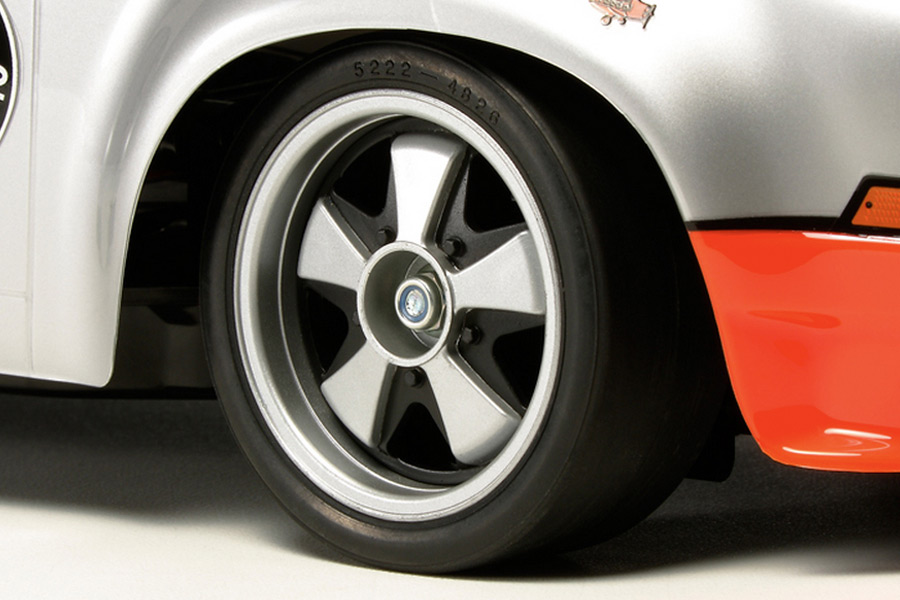 This 1/10 scale Porsche 911 Carrera RSR sits on top of Tamiya’s new entry-level TT-02 touring car chassis. A shaft-driven 4WD and basic 540 size electric motor replaces the 911’s original rear drive and 330hp 3.0 liter 6-cylinder air-cooled boxer engine. That should be more than enough to keep anyone playing in their living room or driveway happy, but there are always hop-up options available from Tamiya in case you want more speed.

If you’re not a fan of Porsche, Tamiya also produces other legendary models in their catalogue such as the 1981 Ford Zakspeed Turbo Capri Group 5 race car and the latest Ferrari LaFerrari super car. 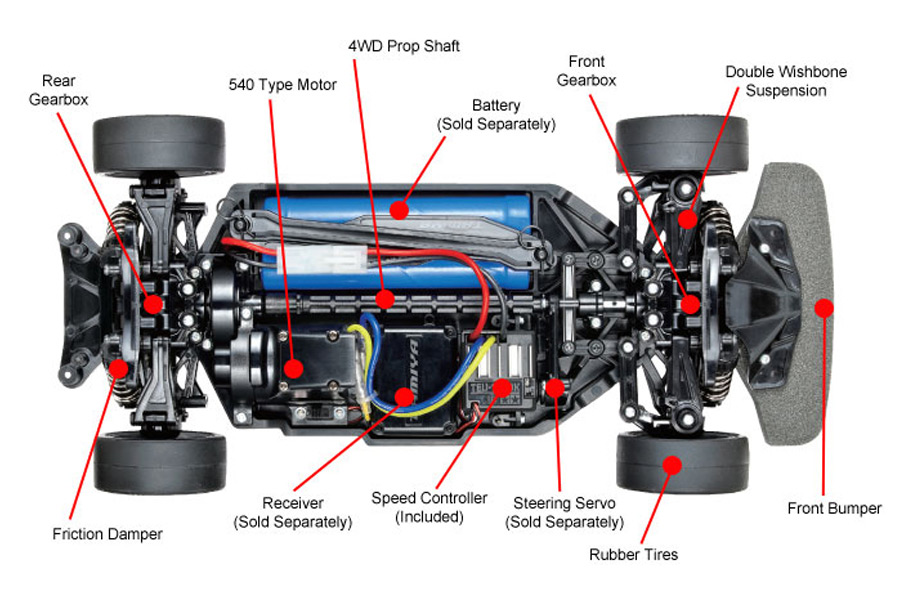 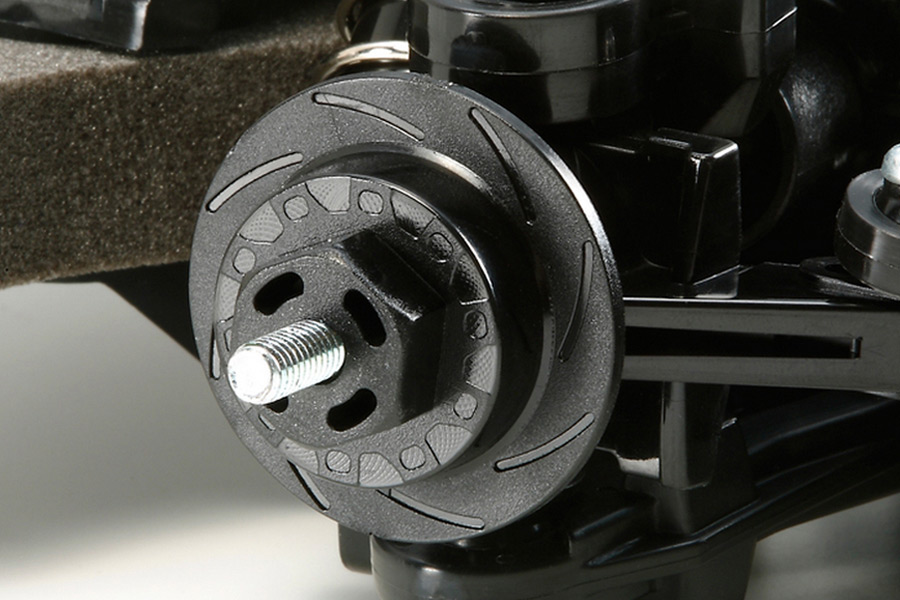 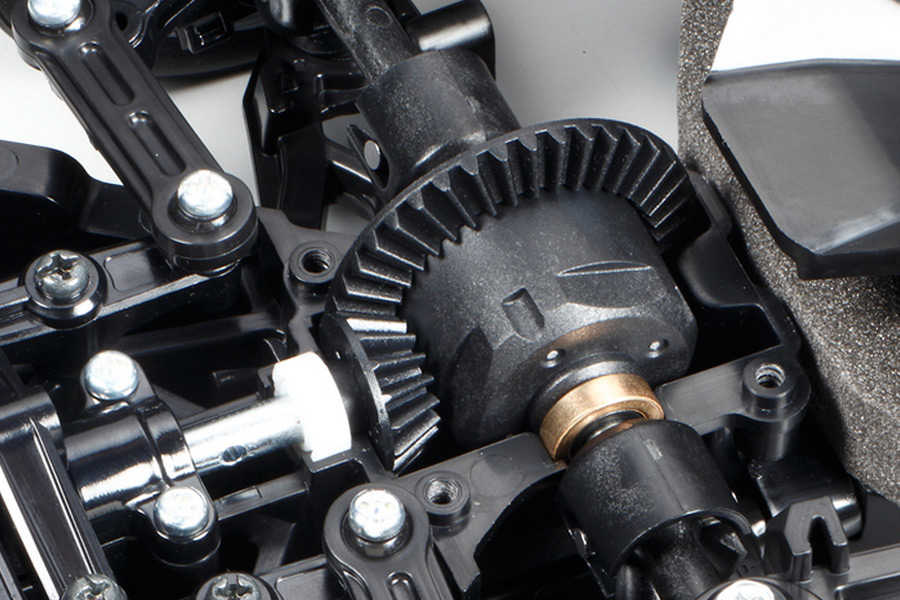 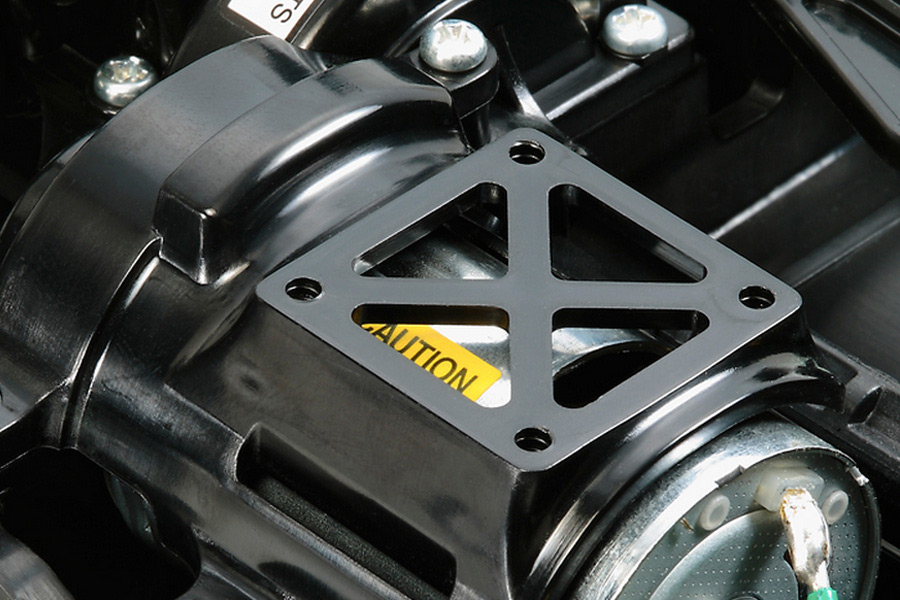 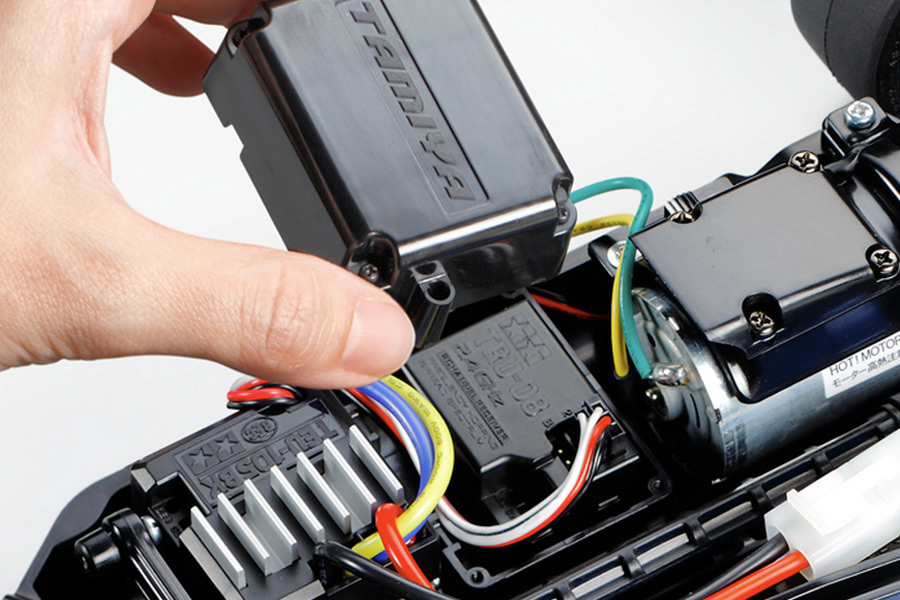 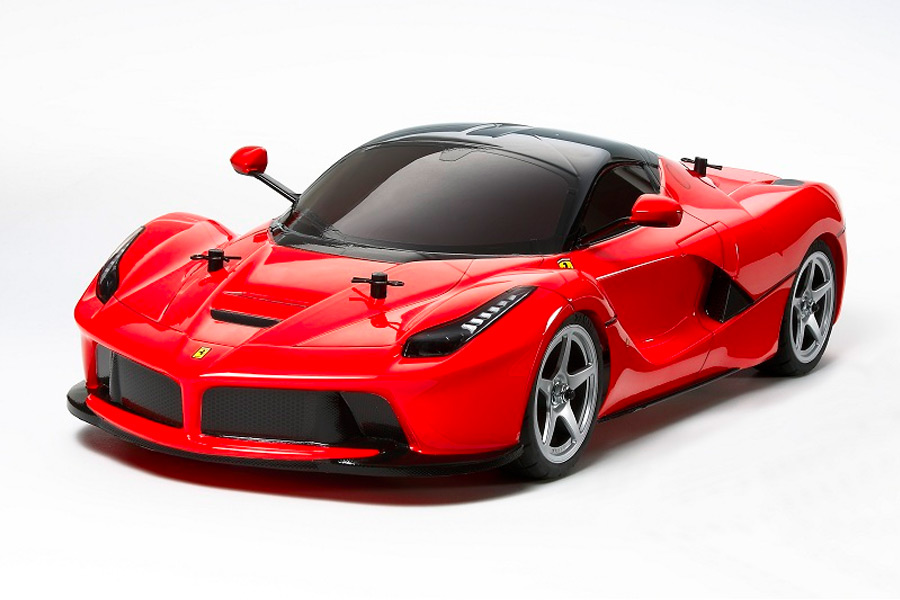 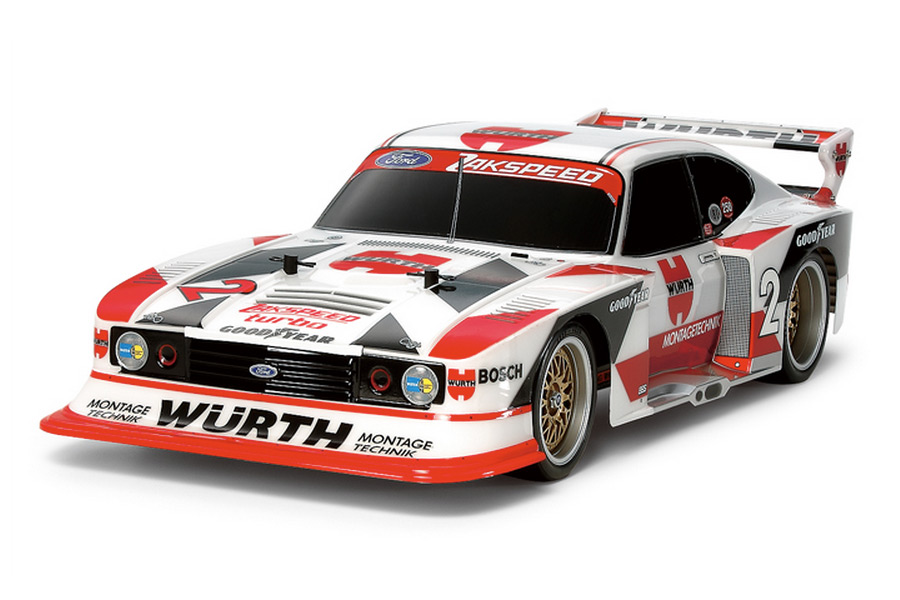