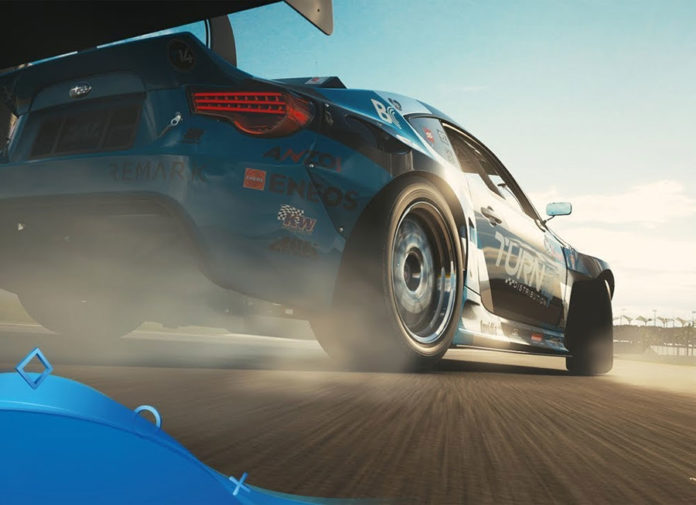 After just a month since its last update, Gran Turismo Sport (GT Sport) has released yet another patch that’s now available for download. Update 1.13 weighs in at a whopping 2.7 GB and brings with it 12 new cars, new GT League events, and 4 new track variations.

The De Tomaso brand makes its debut in the Gran Turismo series with the iconic ’71 Pantera. It also introduces the Gran Turismo F1500T-A, which is a fictional open wheel race car based on the turbo-powered Formula 1 cars of the ’80s. If this is any indication, we could see more open-wheel race cars on future updates. Other new cars included are: 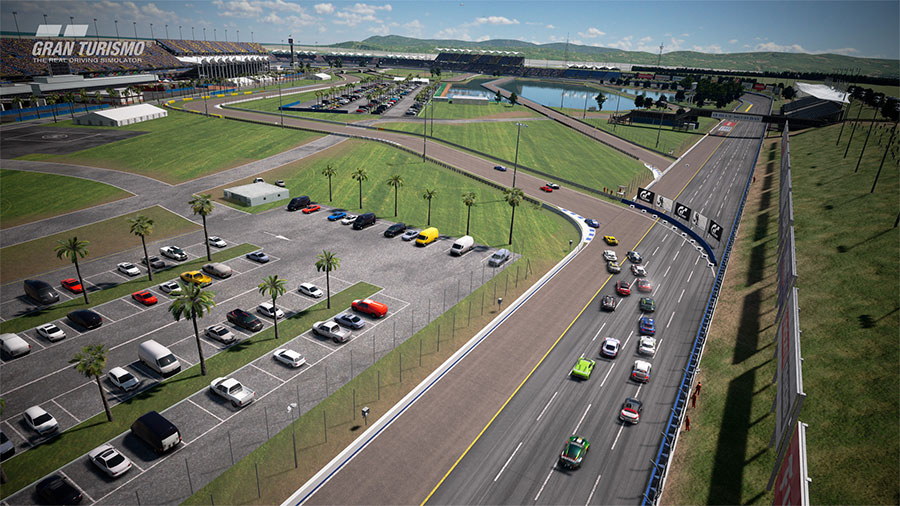 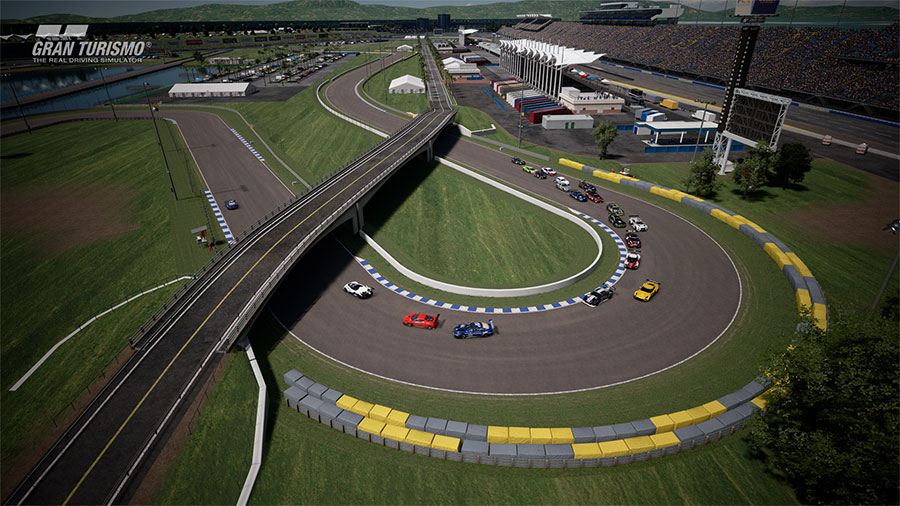 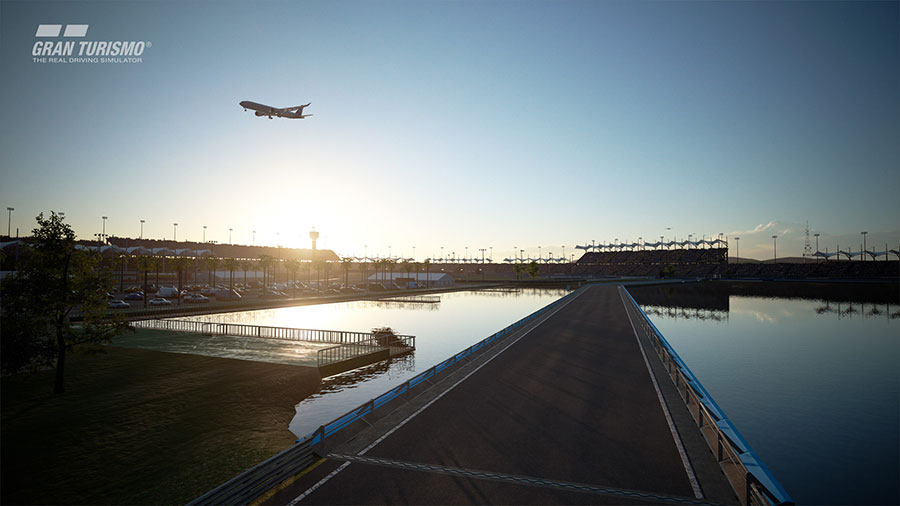 Prior to Update 1.11, there were already hints that Blue Moon Bay Speedway may have infield layouts. This confirms those hunches with 4 new track layouts: Infield A, Infield B, and reverse of both courses.

As with previous GT Sport updates, new GT League and Circuit Experience modes have also been added. You can now race in Stars & Stripes (Beginner’s League) for American sports cars, Vision Gran Turismo Trophy (Amateur League) exclusively for Vision Gran Turismo vehicles, and F1500 Championship (Professional League). They’ve also increased the number of rounds in some events such as the Sunday Cup and Premium Sport Lounge, so do check them all out in case you missed any. And by the way, Monza Circuit, which was part of the previous update, is now drivable the Circuit Experience. 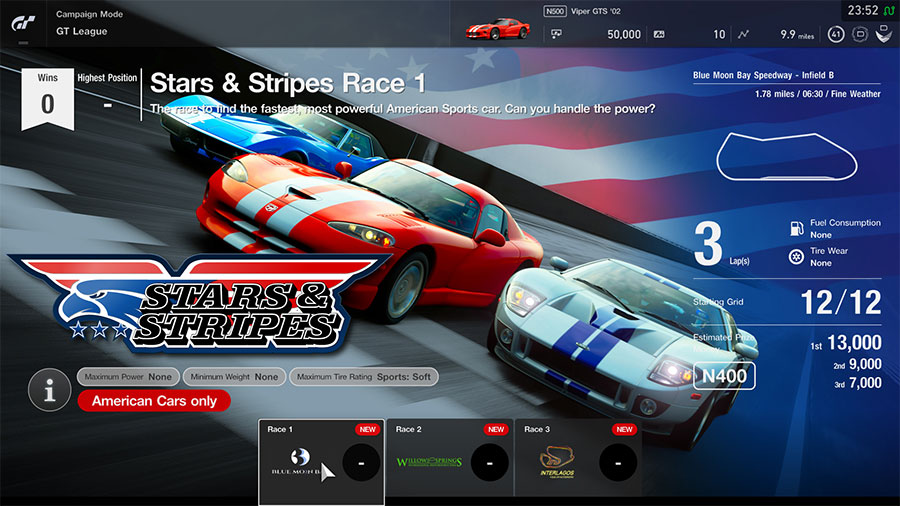 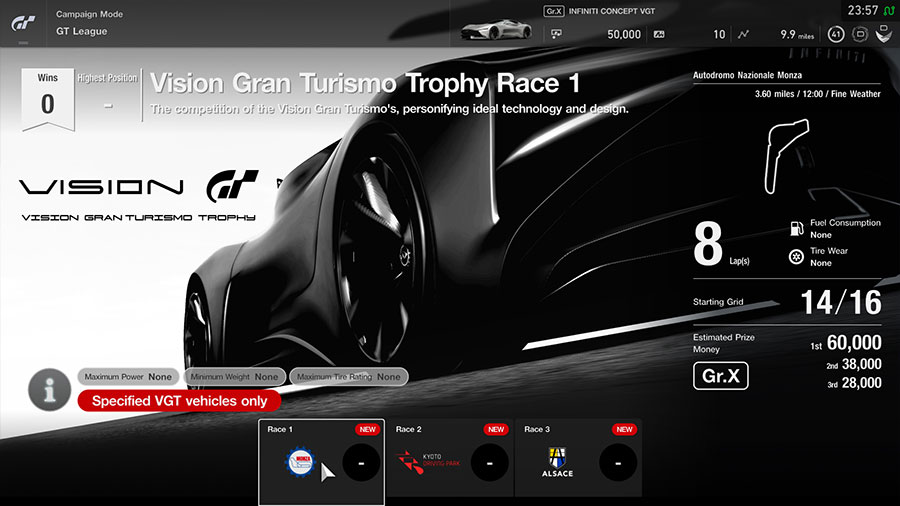 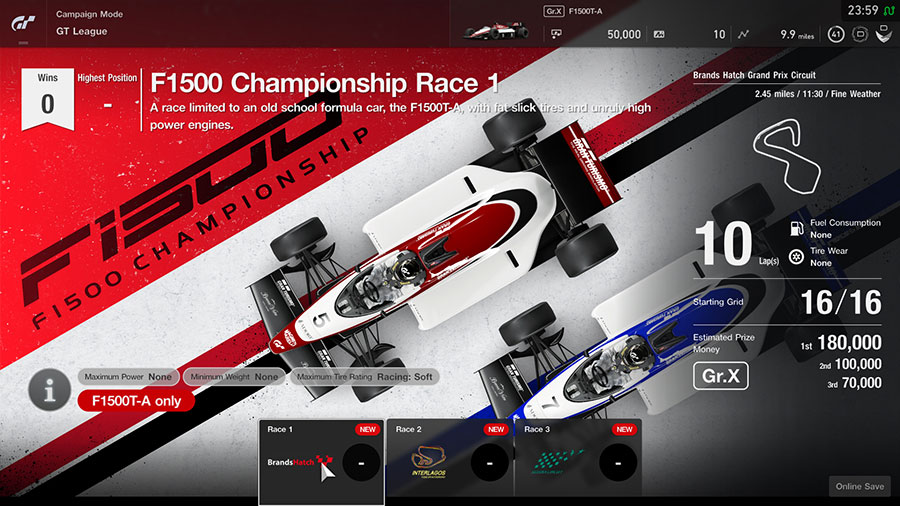 Those who race online should be happy to know that the Sportsmanship Rating (SR) and penalty judgement algorithms have been adjusted. Collisions between cars can now have penalties on Driver Rating (DR) and even incur a Time Penalty. Drivers may also be disqualified from a race once they accumulate a certain number of incidents. Backmarkers, on the other hand, will be ghosted in Sport Mode and players can report misconduct of other users.

Aside from these main points, you’ll notice that Update 1.13 also brings with it other minor changes here and there. Expect for another content pack from Polyphony Digital in a month’s time.