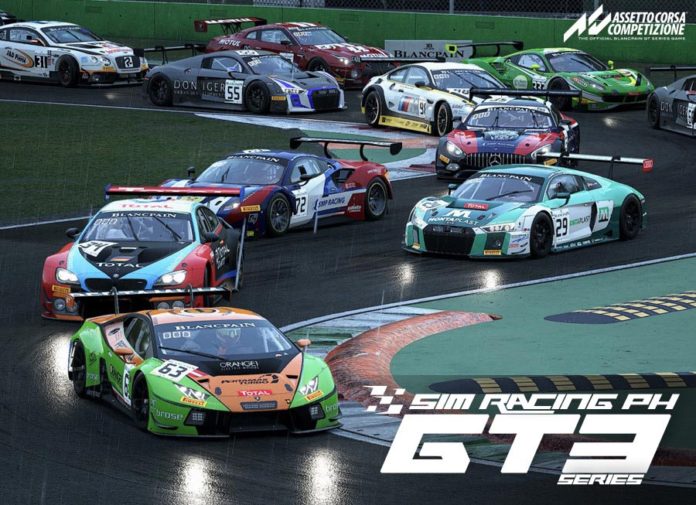 There’s really no rest for the people behind Sim Racing Ph (SRPh). Coming from an action-packed season in the VVT-i Cup 2020, the country’s premier virtual motorsports community is back with a new series. This time, they’re switching to Assetto Corsa Competizione for their GT3 Series.

Expect the level of competition to be a lot higher as drivers compete on much quicker GT3 machinery with manufacturer options from Lamborghini, Ferrari, Bentley, BMW, and Jaguar. They also now have the option to change vehicle set up, including driver aids such as Traction Control and ABS. The in-game random weather feature will be turned on as well as as they race on iconic circuits such a Silverstone, Monza, Nurburgring, and Spa-Francorchamps over the course of a 6-round series.

As always drivers will be divided according to skill level adopting a new SRPh Driver Tier System (DTM), which was also recently applied by ERacing GP SEA in their European Edition. So while all entries race in a single grid, there will be separate championships for more experienced SILVER drivers and new BRONZE drivers. They are also eligible for the team championship, with a maximum of 2 drivers per team regardless of driver classification.

The SRPh GT3 Series will take place over six consecutive Sundays starting the 7th of June 2020. Qualifying starts at 8:15 PM, followed by 2x 20 min Races at 8:30 PM and 8:55 PM, all of which will be streamed live on Sim Racing Ph’s Facebook page.

Drivers must then register at the Sim Racing Ph Facebook Group, which also includes series rules and regulations.