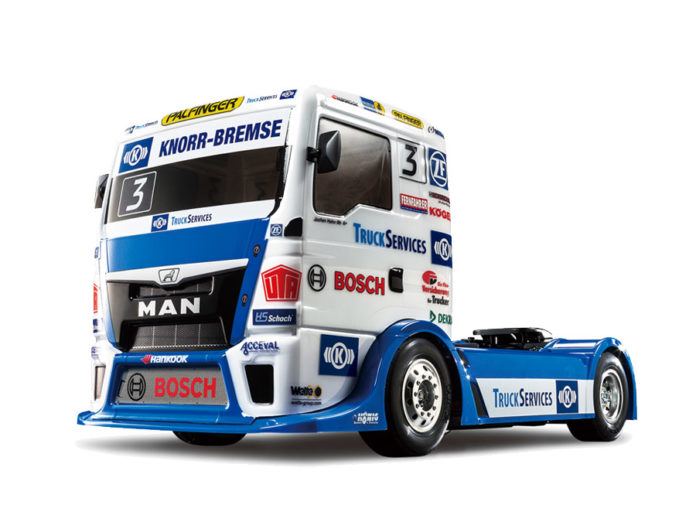 In the world of radio-controlled cars, when you says ‘trucks’ you’re either referring to a Monster Truck or a highly-detailed Tractor. Tamiya though has other ideas. They’ve recently released this Team Hahn Racing MAN TGS in 1/10 scale so hobbyists can now race trucks like the yoo-ro-peans.

The model scales Team Hahn Racing’s machine in the European Truck Racing Championship that weighs a colossal 5,400 kg. This particular unit, with its blue-and-white livery, was driven by Joachim Hahn who finished 3rd overall in the 2015 championship.

Tamiya, known for their highly-detailed reproductions, accurately replicates the MAN TGS with a 4-piece Lexan body, complete with engine details, side mirrors, coupler, plus a plastic rear bumper. We just can’t image it to handle as well as a regular touring car body, due to its poor aerodynamics and probably extra weight, but we really don’t mind sacrificing function for form. After all, it’s a damn good looking truck. 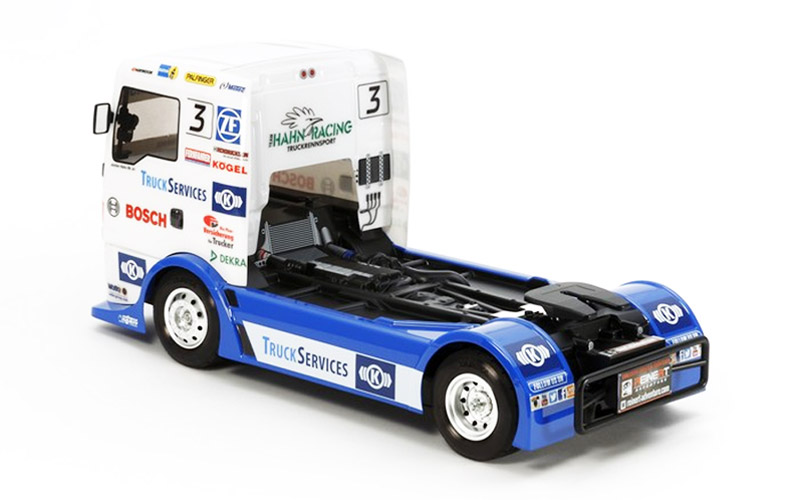 It sits on top of their trusty TT01 Type-E chassis with a shaft-driven 4WD system, although the instruction manual indicate that it will also fit on a TT02. Making it extra special are its specially-designed tractor wheels and large(r) 70 mm diameter tires that complete the scale look.

Anyone in the hobby knows that RC bodies like this don’t come too often, which makes Tamiya’s Team Hahn Racing MAN TGS so special. Even if it’s not to hit shelves until July, we can already imagine a grid-full of these trucks bounce around the driveway, street, or race track.

But will it be such a hit to warrant it’s own class in club races? We certainly hope so. 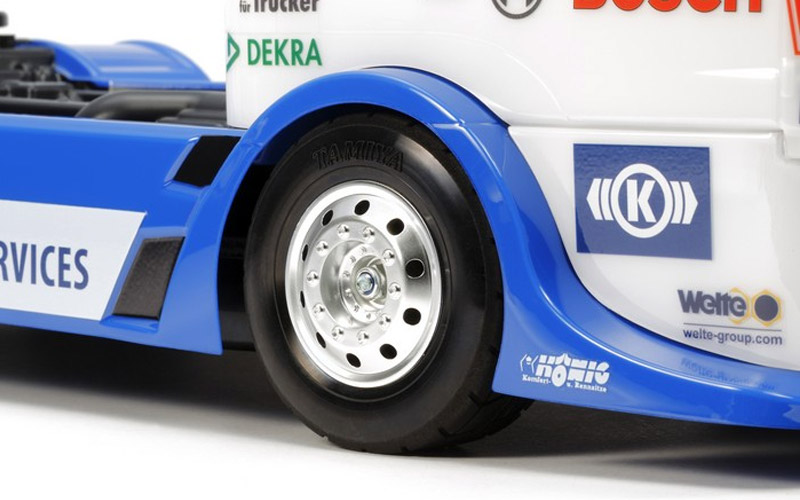 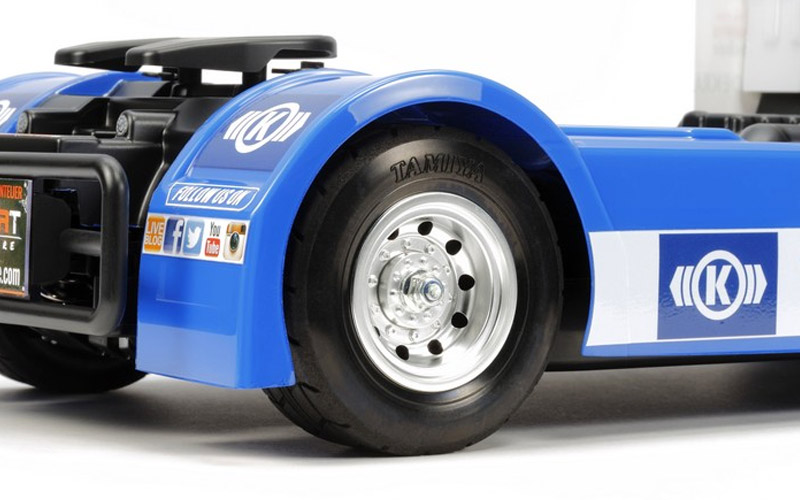 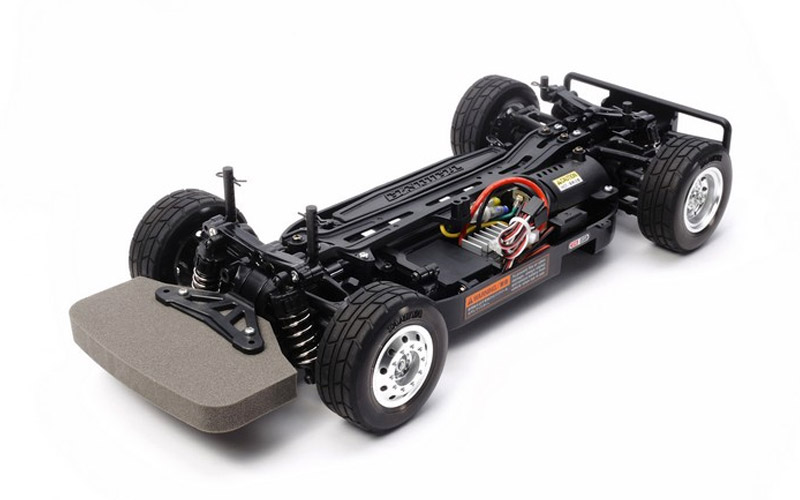