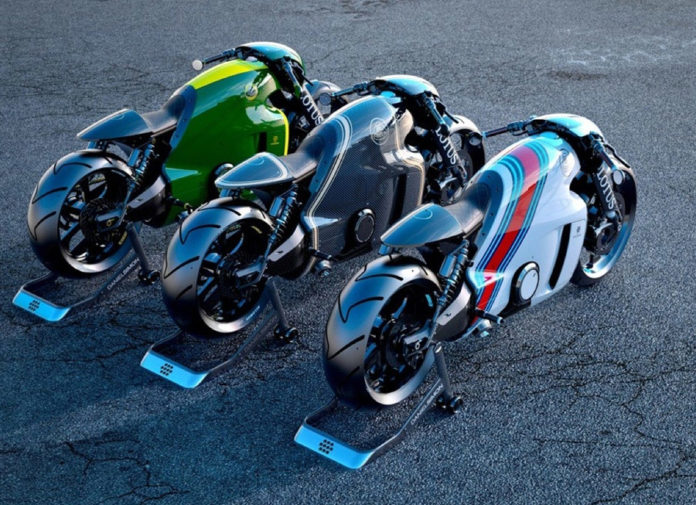 When Lotus first announced last summer that they were going to make motorcycles, it kindled the curiosity for enthusiasts of cars and motorcycles alike. Now their production bike has been unveiled and it’s only a matter of time until we see it on the road, come August.

Here is what’s known about the new Lotus C-01. Its vanguard looks were by former Bugatti designer Daniel Simon, also known for his concept work for movies like Tron: Legacy, Captain America, and Oblivion. Engineering, development, manufacturing, and assembly is being handled in collaboration with Germany’s Kodewa racing team and Holzer group. This limited edition motorcycle is coming from the efforts of people who have come from a background of working with exotica, performance tuning, Formula cars, and Le Mans prototypes. 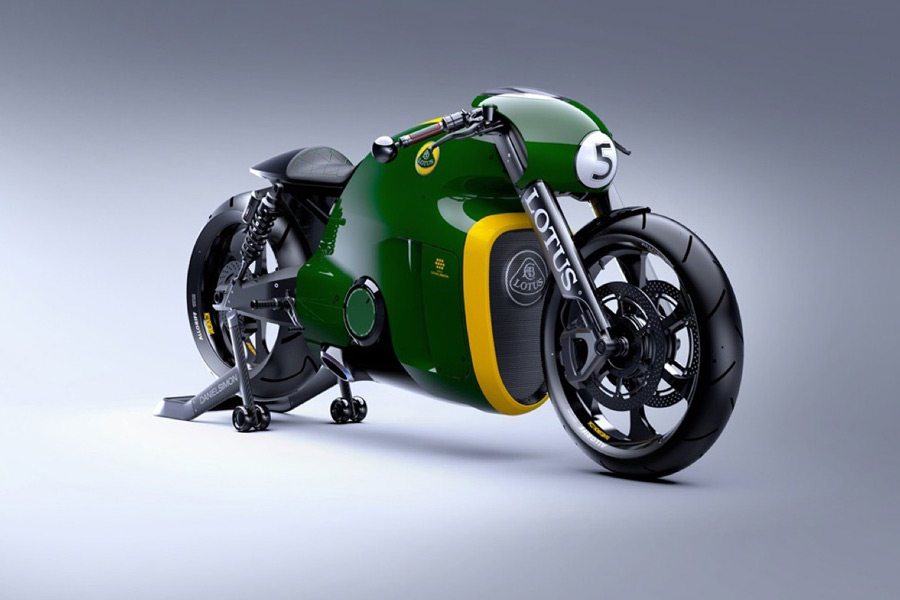 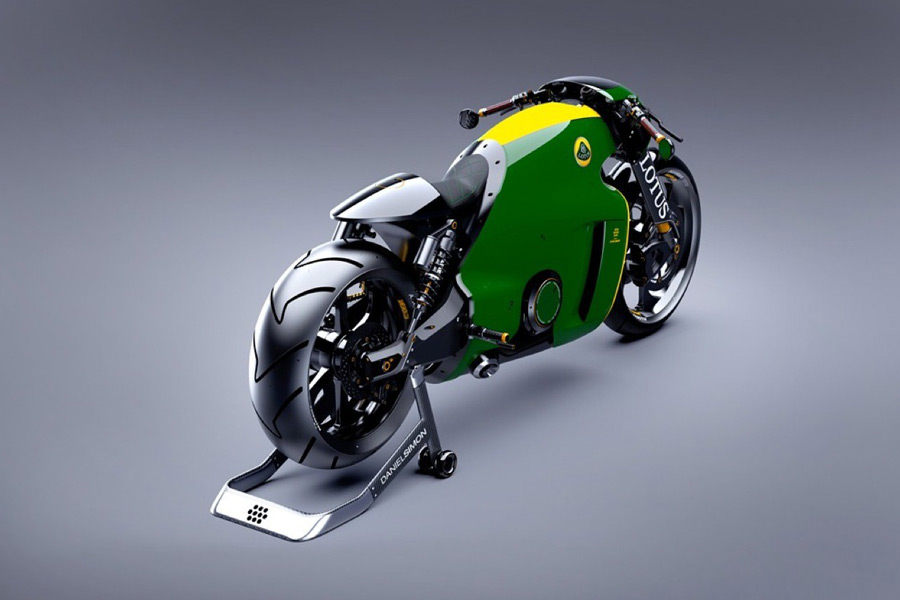 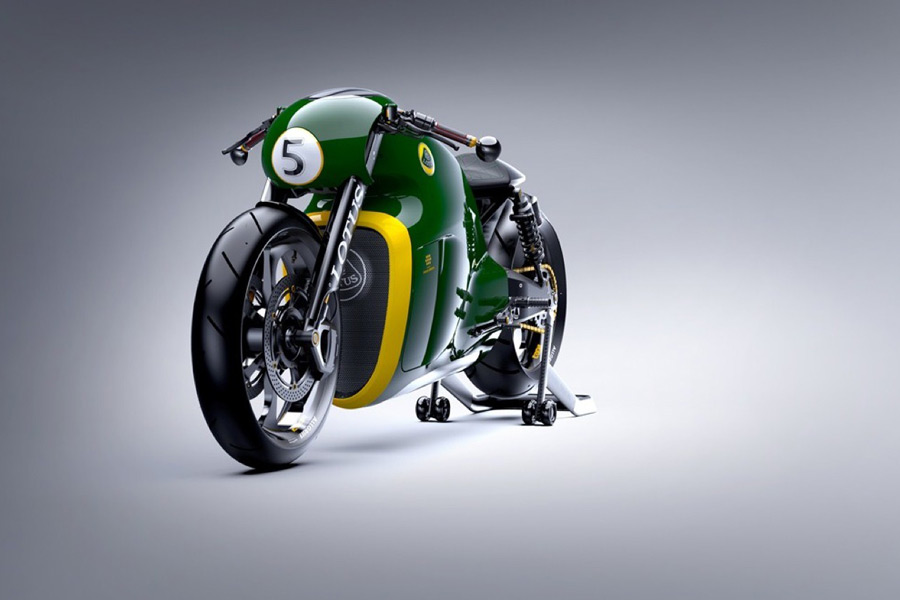 The C-01 is ultra lightweight at 182 kg and powered by an engine out of a KTM RC8 R, specially tuned to a boastful 200 hp… A water-cooled 1,195cc 75 V-twin mated to a 6-speed jaw-type transmission and hydraulic anti-hopping clutch. The monocoque frame is of aero tech steel, titanium, and carbon fibre. Front forks are upside down with twin suspension at the rear. Braking is done with 320 mm dual discs up front and a single 220 mm disc out back. Its specialized materials and ultra-exotic craftsmanship bump the limited edition retail value up to a steep $137,000. 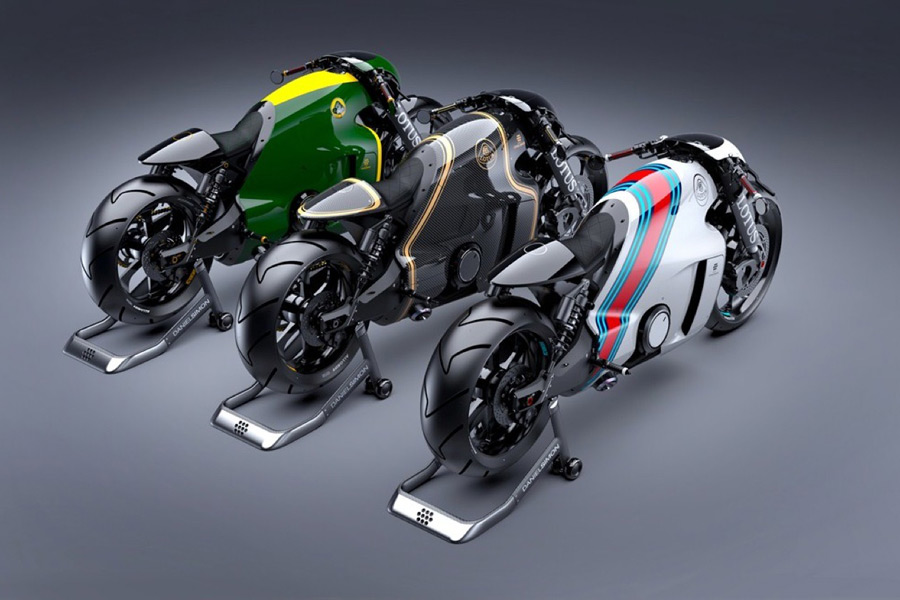 It’s unquestionably futuristic looking, but the men behind Lotus, Kodewa, and Holzer all claim that it isn’t just a piece about style-over-substance, but also attempts to balances raw go-juice with superb handling. The aggressive stance, raked out forks, and meaty rear tire hint that it was made to serve as a powerful cruiser—built to seamlessly and lovingly teleport you from point A to B on an open interstate highway.

We want to see it in action, we want to hear it scream, and we want to know what it rides like. What happens when top-of-the-line automotive specialists decide to come out with a motorcycle? If the ride handles as enjoyably as the drive of Lotus’ sports cars then that’d be quite the achievement. 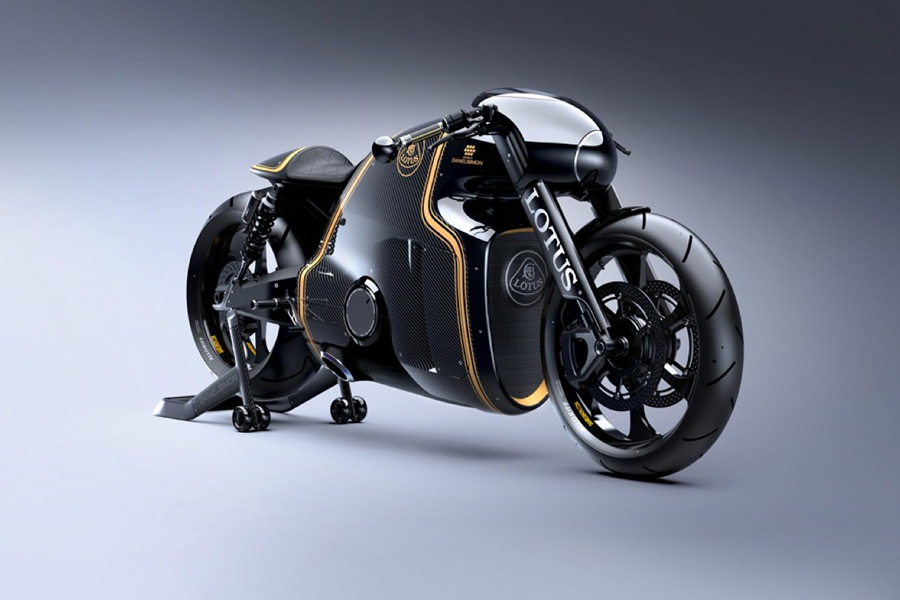 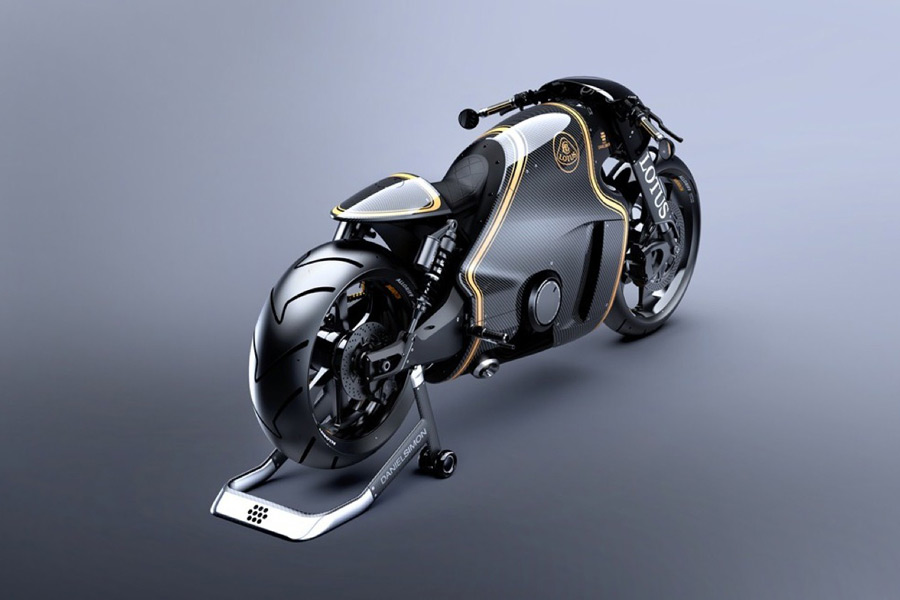 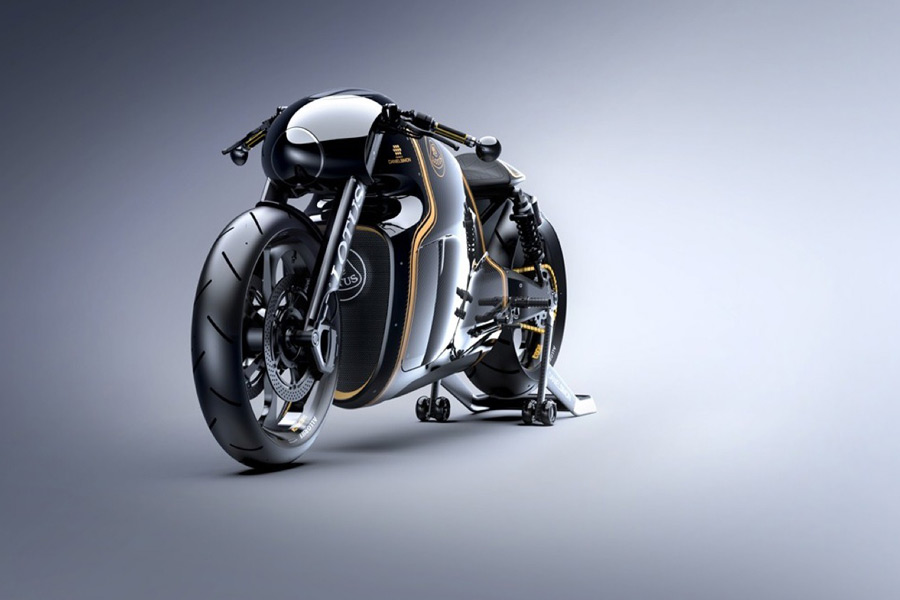 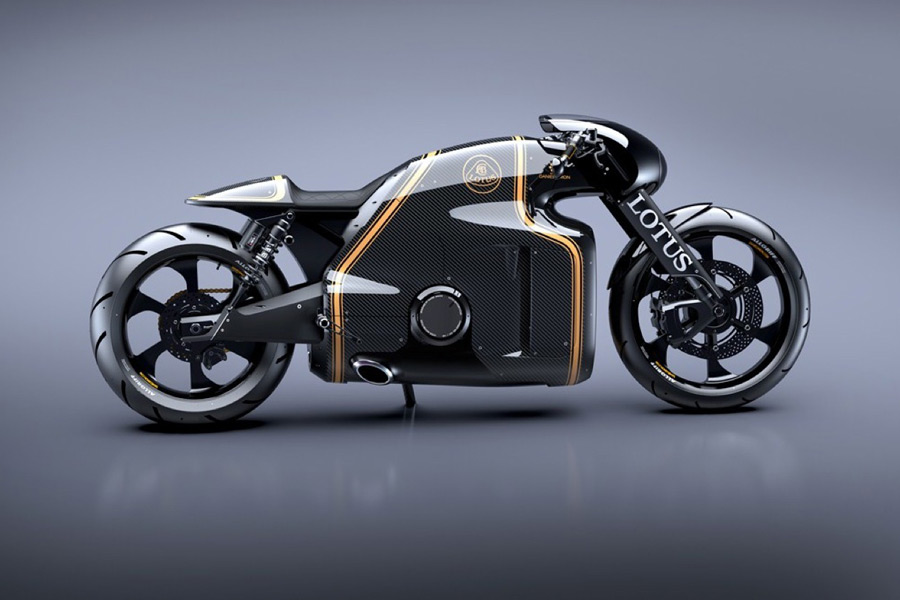 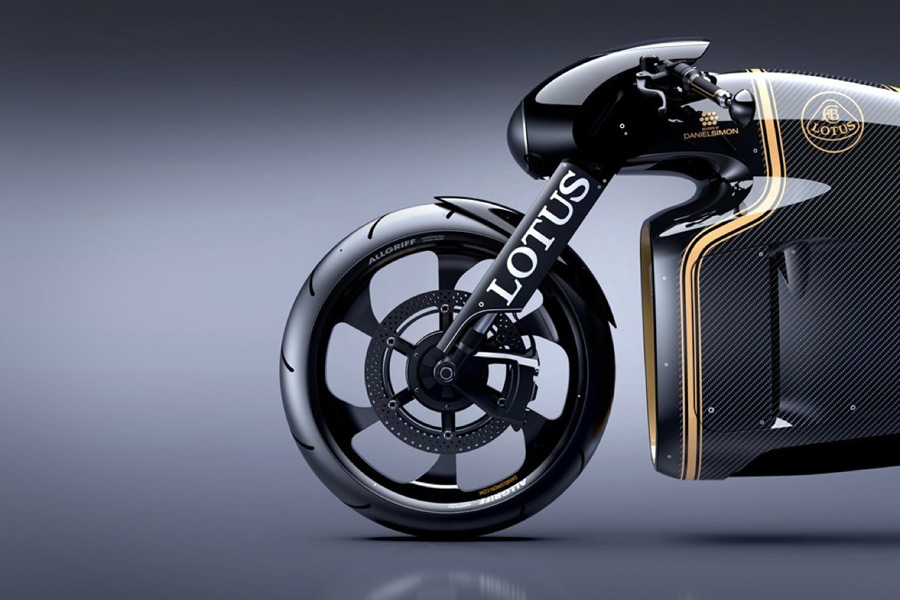 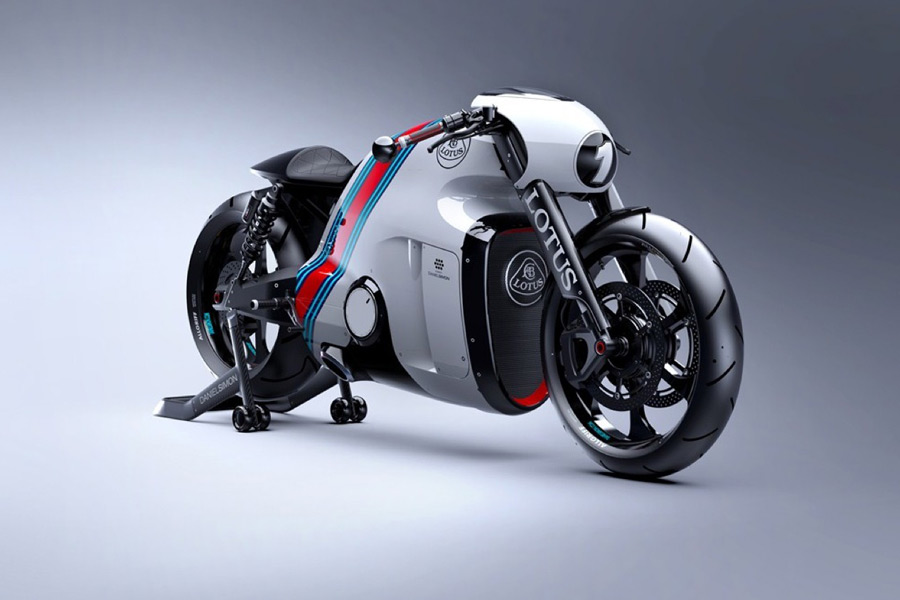 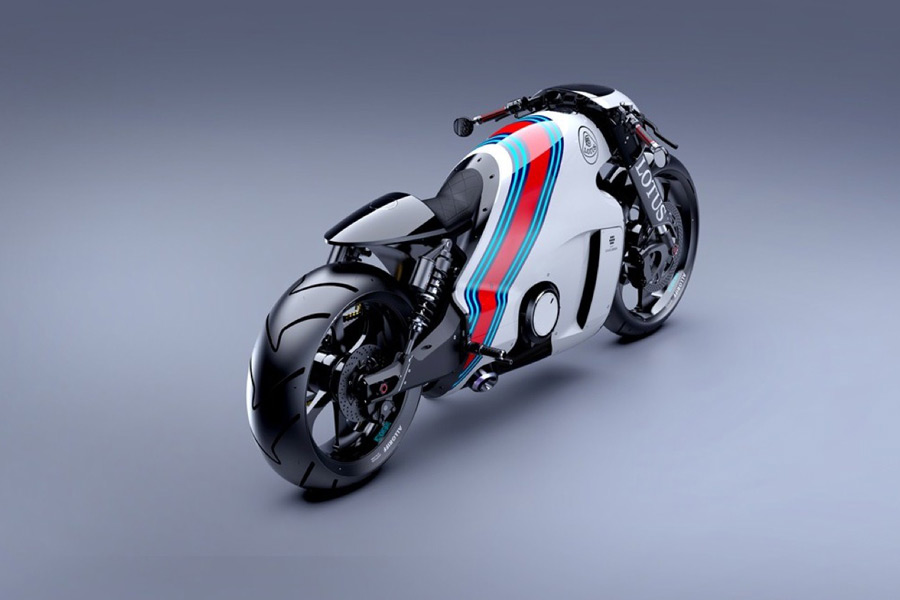 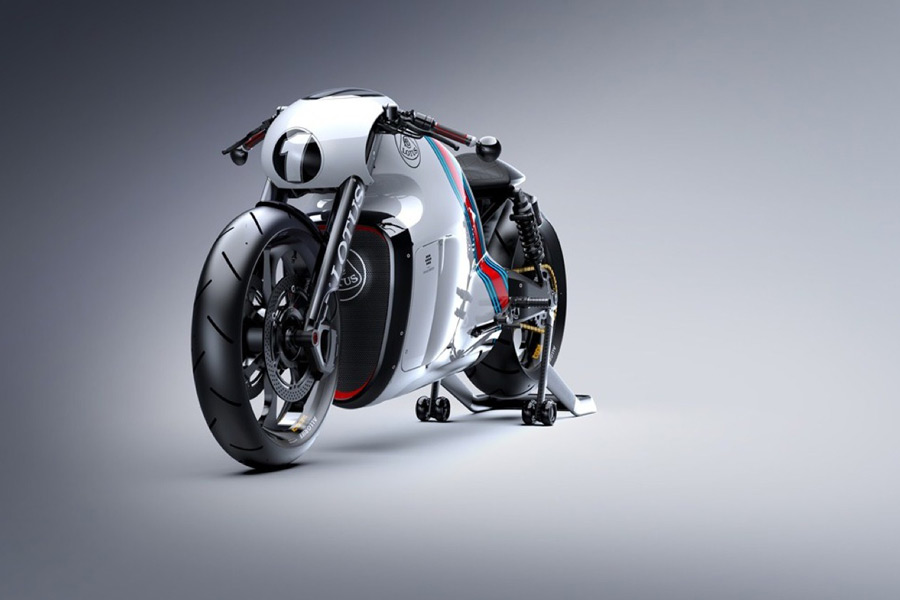 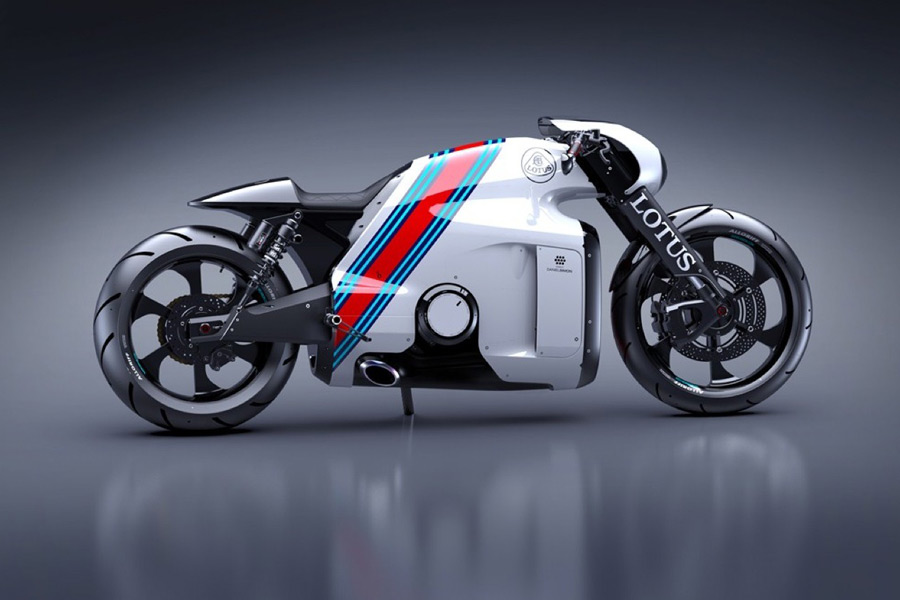