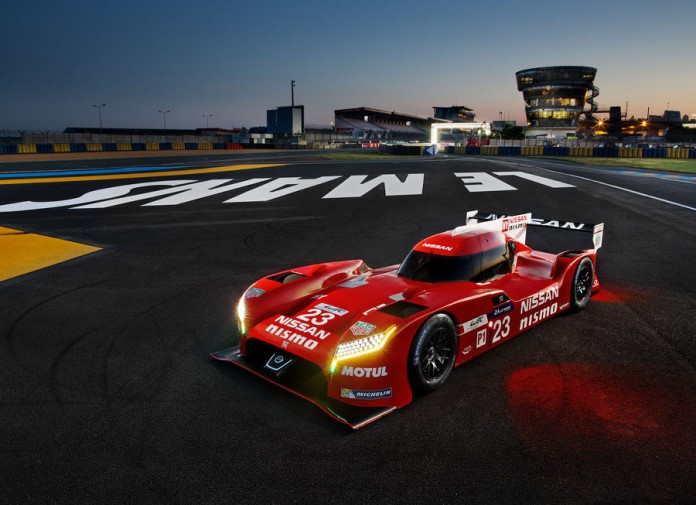 If you paid enough attention, then you would’ve noticed that a good sum of Nissan and NISMO’s most iconic racing cars in history compete under the number No. 23. Ever wondered why?

Apparently, ‘2’ in Japanese is pronounced at “ni” and ‘3’ as “san.” Together it spells “ni-san” (23), which is a wordplay on ‘Nissan’ hence it being their favorite racing number. Watch the video below as Michael Caruso, driver of the No. 23 Altima V8 Supercar, explains this little trivia.

As far as anyone could remember, ’23’ has been Nissan and its motorsports arm NIMSO’s favorite racing number. It was used as early as 1986 when the Japanese manufacturer first entered the Le Mans 24 Hours with the R86V. Unfortunately, the No. 23 machine driven by Kazuyoshi Hoshino, Aguri Suzuki, Keiji Matsumoto failed to finish. The factory team, however, would have better luck in 1992 when the No. 23 R91CP won in the Daytona 24 Hours.

The R390 GT1 that raced in Le Mans back in 1997 also bore the No. 23 as is Laurent Aïello’s Primera which he used to win the 1999 British Touring Car Championship (BTCC).

Nissan/NISMO’s legendary racing number also won several titles in the Super GT Championship in 1998, 2003, 2008, and 2014 with the GT-R. The same story goes for Michael Krumm and Germany Lucas Luhr who claimed the 2011 FIA GT1 World Championship title in the No. 23 Nissan GT-R NISMO GT1.

Despite its poor performance, the latest addition to the list is the No. 23 Nissan GT-R LM NISMO that competed in the 2015 Le Mans 24 Hours.