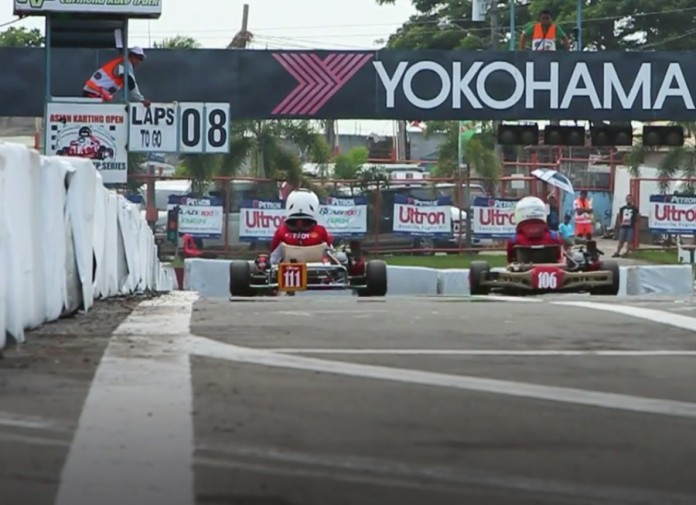 I hate to say this but, professional go kart racing could be one of the best kept secrets of Philippine motorsports. It has been so poorly publicized that only the people inside the community know about it. But there are some who are trying to get the word out.

One of these passionate souls happen to be Elson Carpio, better known as ‘Papa Els’ to those who know him.

This seasoned Race Director and Team Principal of Formula E Racing Management paired up with filmmaker Timothy Leung to come up with this short video so that, even for a short while, we can feel what it’s like to be at one of their race weekends. And if they’re successful, it might just be enough to inspire new drivers to take up the sport.

Although go kart racing in the Philippines is still very competitive, the number of competitors have slowly dwindled over the years. Some say it’s because of the escalating running costs, while others simply blame it on too much politics. It also doesn’t help that there’s another karting in Asia that’s robbing us of good international drivers. But whatever the real reason may be, it’s sad to see the grassroots of local motorsports die a slow death.

Hopefully, it’s not too late to do something about it. And it all starts with young talent.

As Papa Els explains it, “It’s all about awareness and taking opportunities to reach out to the young racers and their parents.” This is after all a sport that’s meant to give kids as young as 6 or 7 years old the stepping stone to climb up the motorsports ladder. He also sees karting as a great opportunity for parents to bond with their kids – coaching, instilling discipline, and teaching them the value of hard work.

As a matter of fact, our local program has been so successful that it has produced many good drivers that have moved up to other forms of motorsports such as Formula 3 and Formula Renault. Noteworthy graduates of our Asia Karting Open Championship (AKOC) include Tyson Sy, Matteo Guidicelli, Michele Bumgarner, and Marlon Stockinger just to name a few.

Do watch the video below and see what you’re missing out on. And if you want in on the sport, you can hit up Papa Els at 0917-7912499 and he’ll give you a quick rundown how you can race go karts professionally in the Philippines.