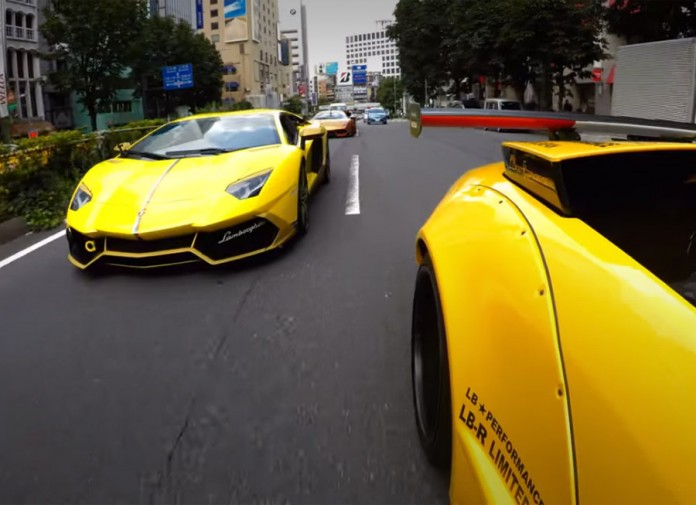 Ask someone about Japanese car culture and they’d probably mention drifting or performance machines like the Nissan GT-R. Not often discussed is the edgier side of Japan’s motoring scene – something GoPro tries to show with their new film, “The Streets of Japan.”

Tokyo in the daytime is dominated by the sea of people commuting to and from work. This controlled chaos is something to behold in itself. But once the sun sets, it’s as if Tokyo were a whole different city. “At night, Tokyo transforms. Liberated from work, people go out and indulge in the nightlife,” says Yuu Kawasaki.

Yuu is a member of a group of sportbike riders that call Tokyo their playground. In the film, they’re shown performing stunts with their neon-lit Suzuki Hayabusas. In other parts of town are the ‘bosozoku’ – ruffians who ride around with old cars and bikes, revving up their unmuffled engines wherever they go.

To an outsider, it’s surprising that these renegades can actually manage to do all of this in Japan, a country that holds formality, organization and rules so highly. What this all represents for some, like Shinichi Morohoshi, is the individual’s struggle against this enforced conformity, and their desire to stand out of the crowd.

Morohoshi’s car collection consists of wildly-modified Lamborghinis, including 2 shown in the video – a green Aventador and a Diablo SV. His chrome pink Diablo easily stands out at night or day, with its flashing LED lights and large fireballs coming out of its exhaust. It’s a bold display of individualism.

“I drive through life and create my own future. I make roads where there are no roads,” Morohoshi says, while footage plays of his fellow LED Lambo-driving friends crossing Tokyo’s Rainbow Bridge.

Capturing footage for the film, shot entirely with GoPro’s new HERO4, was no small feat as the team initially had no contact with the people who later became the ‘stars’ of the film.

“We were on a wing and a prayer,” said Wes Nobles in a behind-the-scenes video detailing the creative process. “It was definitely not a normal production, where you have everything lined up before you even book travel.”

In the end though, the GoPro managed to pull it off. The result is a well-made, engaging film with great production values. And, if your hardware can handle it, the film can be viewed entirely in crisp 4K HD quality.

If the film leaves you wanting more – I know I do – go and book a plane ticket to Tokyo right now. Who knows? As you stroll through Ginza, a group flame-spitting, candy-colored supercars might just drive past.