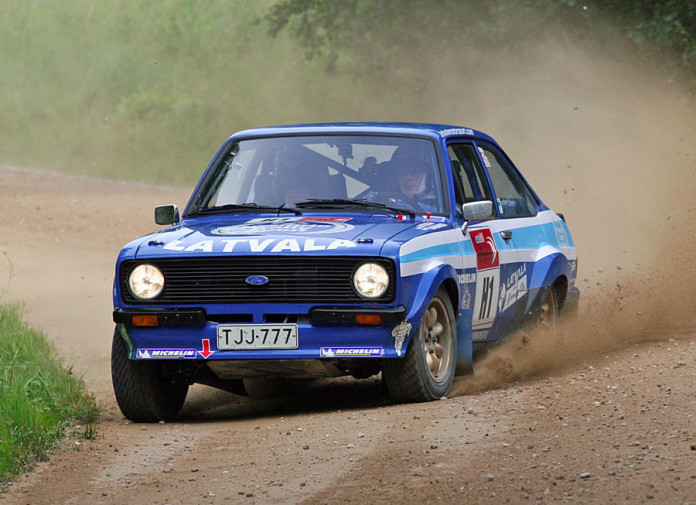 If one begs to know what a full-on World Rally Championship (WRC) driver does on his day off, this would be it. Jari-Matti Latvala is a total hoonigan behind the wheel of his VW Polo R WRC, but that doesn’t even come close to how crazy he gets in his Escort Mk II RS.

While on break in between rallies of the WRC, Jari-Matti took his personal Ford Escort Mk II RS1800 to compete in the FIA European Historic Rally Championship’s Lahti Historic Rally. He then strapped former co-driver Asko Sairanen to the passenger seat to tell him where to go. We all know that it takes a lunatic to drive a modern 4WD rally car, but seeing Jari-Matti make a 35-year-old rear-wheel-drive rally car dance through the forests of Finland is just mental.

No doubt, this guy was born with a god-given talent to drive like hell.

This video may be from over a year ago (hence the Ford World Rally Team overalls), but it never ever gets old. Watch this insane 13-minute stage run of Jari-Matti doing what he does best. Watch it until your brain explodes.