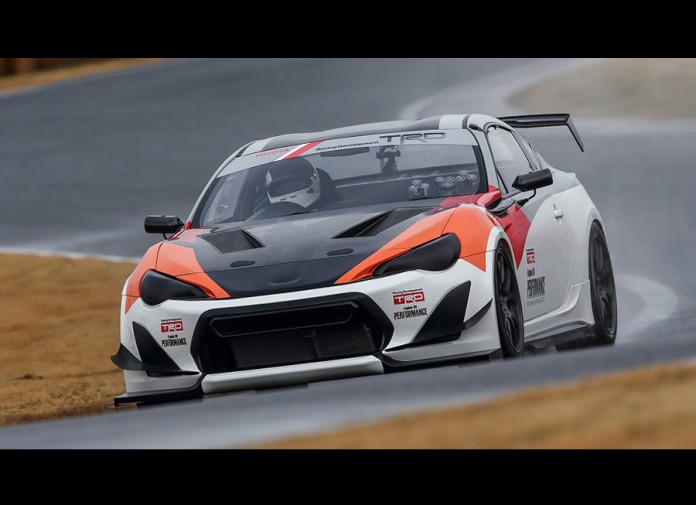 Toyota Racing Development (TRD), the in-house tuning shop for Toyota, started on a project in early 2012 with the sole purpose of lapping the famed Tsukuba circuit under a minute with a naturally aspirated 86.

The project car dubbed the ’86 TRD Griffon Concept’ first made its appearance at the 2013 Tokyo Auto Salon. It’s a Toyota 86 that has gone on a massive diet and a TRD makeover that would leave Hachiroku fan boys (and girls) drooling.

It still has its 2.0L naturally aspirated FA20 boxer engine but receives a few more ponies with a TRD titanium header, straight exhaust, and TRD internals. And because of its TRD Griffon concept aero package, a completely stripped out interior, plus a whole bunch of dry carbon parts, it only weighs 980 kg. There are also other bits that help it go around corners such as KW dampers, a TRD mechanical LSD, TE37s wrapped in ADVAN slicks, and 6-piston Brembo brakes.

Put all these together and the 86 TRD Griffon Concept will lap around Tsukuba in 58.407 secs. Although it’s still a far cry from the record 51.127 sec lap set by Tomohiko “Under” Suzuki in his 800 hp Nissan S15 Silvia, lapping Tsukuba under a minute is already an achievement in itself that only a few have reached.

Sit back, relax, and pump up the volume and watch the 86 TRD Griffon Concept tear up Tsukuba.