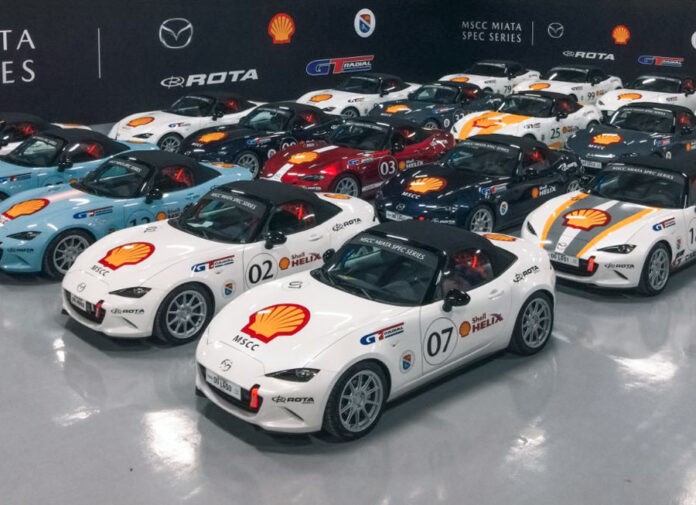 3 year’s worth of speculations, talking, planning, and a little bit more talking is finally coming to fruition as the MSCC Miata Spec Series is finally getting the green light this 2022. And 20 brand-new track-tuned Mazda MX-5s are confirmed for their first race in June.

‘MSCC’ stands for the Manila Sports Car Club who “owns” the series. Because while it’s backed by Mazda Philippines, it’s being marketed as an ‘official race event of the country’s premier sports car owners club’. That means the entry list (which they refuse to share with us) is exclusive to MSCC members only.

“The MSCC has always considered the Mazda MX-5 Miata as a true sports car,” says Windy Imperial, MSCC member and Chair of the 2022 MSCC Miata Spec Series. “The club chose to run the Miata Spec Series because of its proven reliability and performance on the track. Mazda Philippines’ partnership with the MSCC has given our members the opportunity to once again pursue our passion for sports car racing. And racing in an event that is both sustainable and fun will surely rekindle our love and appreciation for sports cars.”

There are four (4) rounds scheduled in their inaugural 2022 calendar – all held at the Clark International Speedway (CIS). Each race weekend will then feature a Qualifying session followed by 2x 10-lap races to complete an 8-race championship.

“We are delighted to finally see the much-awaited Miata Spec Series take to the track as the Manila Sports Car Club’s official racing event,” shares Steven Tan, President and CEO of Mazda Philippines. “The one-make format of the Miata Spec Series provides a unique opportunity for MSCC members to hone their skills and to enjoy the pure essence of driving. Mazda’s motorsports DNA and its participation in grassroots racing events around the world has made it simpler for us to institute this partnership with the MSCC and the series’ new sponsors.” 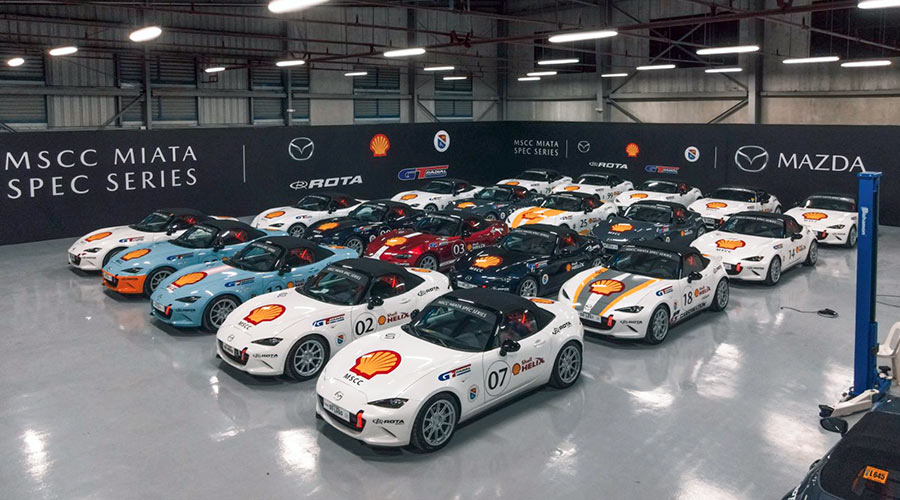 Not to be confused with the MX-5 Global Cup Car, the Miata Spec Series one-make-sports car is 100% home-brewed and assembled at the Mazda Center of Excellence in Cabuyao, Laguna. It’s based off a Mazda MX-5 ND Soft Top and retains the stock SkyActiv-G 2.0L engine as well as the stock 6-speed SkyActiv manual transmission. The 24-way adjustable coilovers, sway bars, and cromoly 6-point roll cage, on the other hand, are sourced from global partner CUSCO. Some chassis components come from MazdaSpeed, while most of the safety equipment are supplied by Sparco. Interestingly, the bespoke Miata Spec Series exhaust is proudly Philippine made by Drif tXaust.

Other local partners have chipped in on the project as well. ROTA Wheels is their official wheel supplier, while GT Radial Philippines provide the spec Champiro SX2 tires. Mazda Philippines’ long-standing partnership with Shell Philippines have also earned them a supply of Shell Helix Ultra Professional lubricants and Shell V-Power fuels.