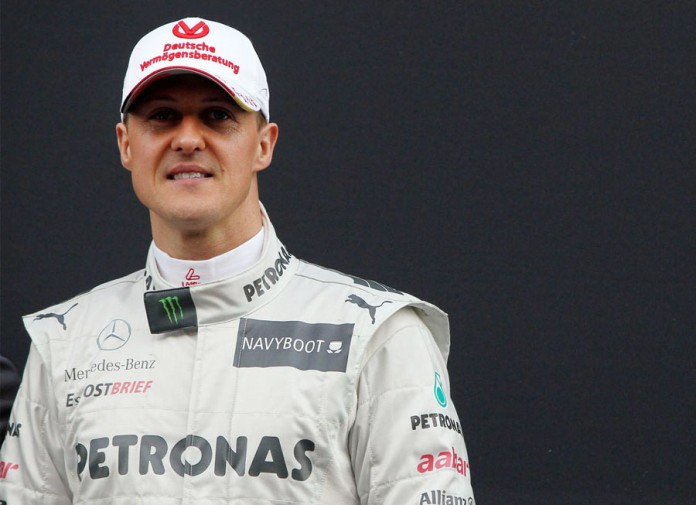 Now 3 months into his coma, Michael Schumacher is still sadly in the ICU in Grenoble, France. But there is some good news. Contrary to rumors that the German might be stuck in a vegetative state, it has been confirmed that Schumi is showing ‘moments of consciousness’.

The news came from Schumacher’s manager Sabine Kehm, who finally gave an update after months of silence. The last real medical update we got was on Schumi’s ‘wake up’ process way back in January.

In a recent statement, Kehm said that “Michael is making progress on his way” and “shows moments of consciousness and awakening.”

“We are on his side during his long and difficult fight, together with the team of the hospital in Grenoble, and we keep remaining confident,” she added. “We would like to thank you all for the continuous sympathies. At the same time we again ask for understanding that we do not intend to disclose details.

Meanwhile, other unofficial reports from Italy’s La Gazzetta dello Sport and Germany’s Bild am Sonntag newspaper are claiming that the 7-time Formula 1 World Champion is now making eye-contact and responding to voices. Whether that’s true or not, it certainly points toward ‘moments of consciousness’.

Michael Schumacher remains in a coma due to a serious head injury he suffered in a skiing accident in December 2013. Doctors have been working on his long recovery and is attempting to ‘wake up’ the 45-year-old for the past 2 months. We’re keeping our fingers crossed that Schumi will make a full recovery, no matter how long it takes.