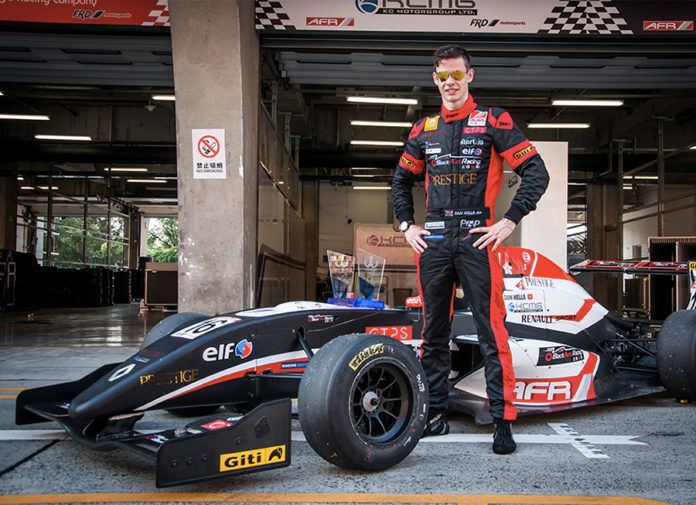 Working his way up from single-seaters, Dan Wells is making the big switch this year driving for the Changan Ford Racing Team in the China Touring Car Championship (CTCC).

The Hong Kong-based Britton will be driving a Ford Focus in the Super Production 2.0T Class alongside teammates Rainey He, Hongwei Cao, and Andy Yan. Although there are 8 rounds in the 2016 CTCC calendar, Wells will only be competing in 4 of them – the maximum available for international drivers. With that said, he’ll make history by becoming the first non-Chinese driver to compete in the series.

The team behind him is run by FRD Motorsports who has won the CTCC teams’ championship 6 times in the last 7 years. We guess it’s safe to say that this gives Wells the best opportunity to fight for podium finishes on his debut.

The 24-year-old driver however is not new in the winner’s circle. He finished 2nd overall in the 2012 Formula Pilota China, 3rd in the 2014 Formula Masters China Series, and is the reigning Asian Formula Renault champion.

Dan Wells: “I’m very pleased to sign with the Changan Ford Racing Team. It is a great achievement that I will be racing for a manufacturer this year, and even better that it be in a Chinese championship with so much excitement and fan engagement. Racing a touring car is completely different to anything I’ve done before, but I will be working with the team to ensure the best possible results. Bring on the first round!”

Kenneth Ma, Changan Ford Racing Team Manager: “With Dan joining us for 2016, I am confident we will fight for race wins so I’m very excited about the season ahead. Dan has showed his talent and speed in single seaters in the last few years, and it is with great pleasure that he will be in one of my cars this year.”

The first round of the 2016 CTCC season will take place on May 21/22 at the Jiangsu Wantrack International Circuit in Nanjing, China.