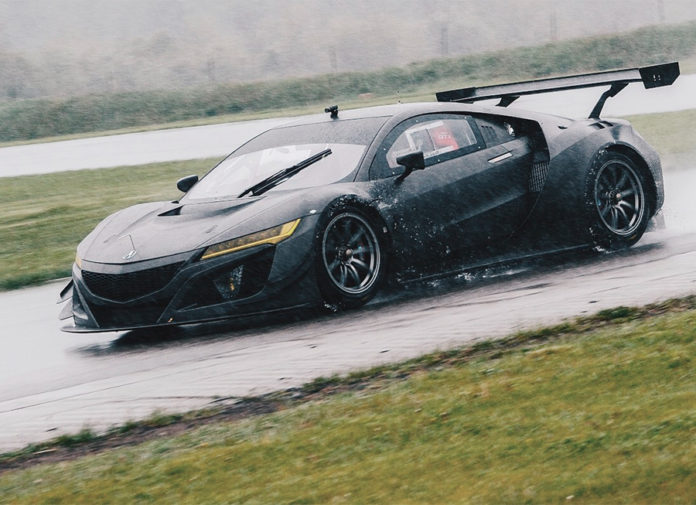 What we saw as a freshly-built garage queen back in March is now ripping up the race track. This is the NSX GT3 race car out on a test day at the GingerMan Raceway, Michigan and it’s doing so in its nude carbon fiber bodywork.

The new machine is powered by a 3.5L 75-degree twin-turbo V6 borrowed from the road-going model, including the block, heads, valvetrain, crankshaft, pistons, and dry sump lubrication. All the fancy hybrid tech and AWD, however, has been ditched to meet FIA GT3 global racing specs as well as the 9-speed dual-clutch transmission. What it does have is a 6-speed sequential racing gear box that delivers power to the rear wheels.

But the real eye candy here is the all raw carbon fiber and it covers EVERYTHING. The entire bodywork, aero bits, diffuser, and huge rear wing is made up of this fancy black stuff and it’s making us drool.

Better take a long good look, because it definitely won’t stay that way for too long. Once North American teams get their hands on them for the 2017 season, these beauties will be quickly wrapped up in each team’s respective liveries.

The NSX GT3, which moonlights under the banner of Acura, is developed by JAS Motorsports and built by Honda Performance Development (HPD). 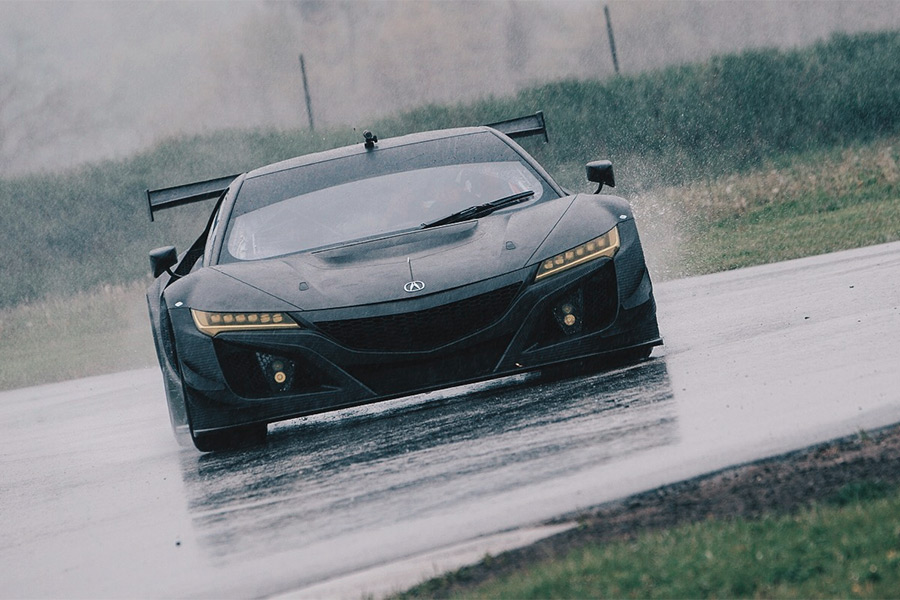 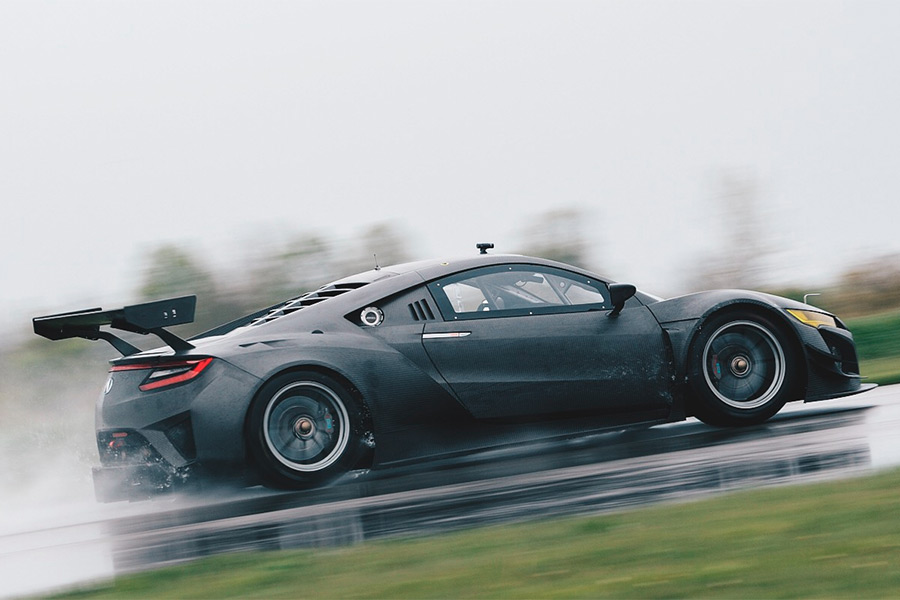 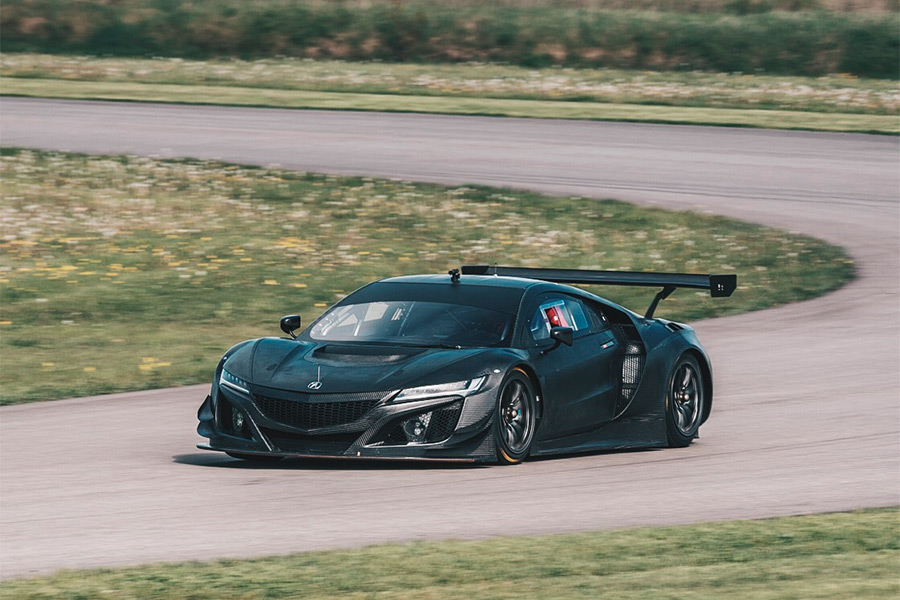 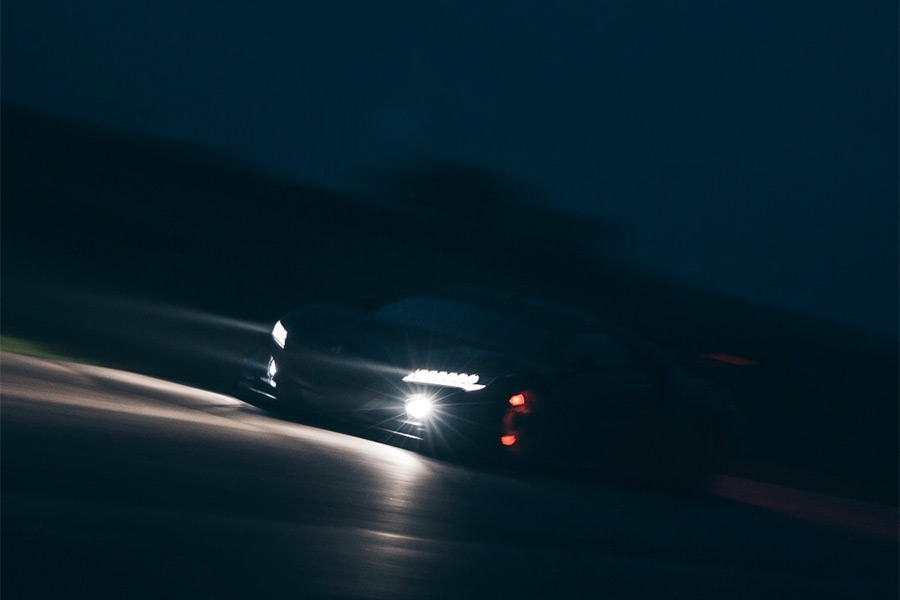