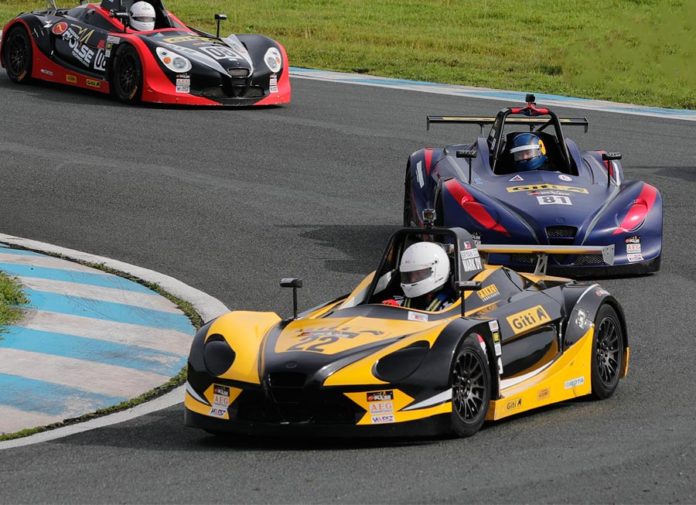 By around the same time last year, the season would have already ended and Luis Gono declared as champion. But with its new expanded 3-round 3-race weekend, the Giti-Formula V1 Challenge is still a few races away before it wraps up in 2019. And this is how the title fight is shaping up so far before the finale this October.

Though a ‘newcomer’ to the series, Ryo Yamada of Cleanfuel Racing is a veteran when it comes to these West Racing-built single-seaters in his native country of Japan. So it doesn’t come as a surprise that he has won 50% of the races he started, putting him at the top of the championship points table. What is an eye opener, however, is how FV1 rookie Estefano Rivera is able to equally match Yamada on only his debut year. He has earned Toyota Otis-Obengers the other 50% of all race wins in 2019 and is only 1 point behind in the standings.

This sets up an epic showdown between these 2 drivers, which we expect to see go down to the wire during the season finale. Jussi Hoikka, Raymond Ronquillo, and Stefan Ramirez may be in a distant 4th, 5th, and 6th in the Pro Class championship, but still have a mathematical shot at the title and spoil the party in case either Yamada or Rivera screws up.

As for the Am Class, 16-year-old Alex Brown continues to impress with his stellar performance on only his first year in single-seaters after graduating from go karts. He has finished no lower than 3rd overall and 1st in class, at least for all the races he managed to complete. Only a single DNF prevented him having a perfect record and currently holds onto a 38 point advantage in his category.

Red Diwa of OTR Racing is Alex’s nearest rival in the Am Class with 4 podium finishes and 1 race win to his name. 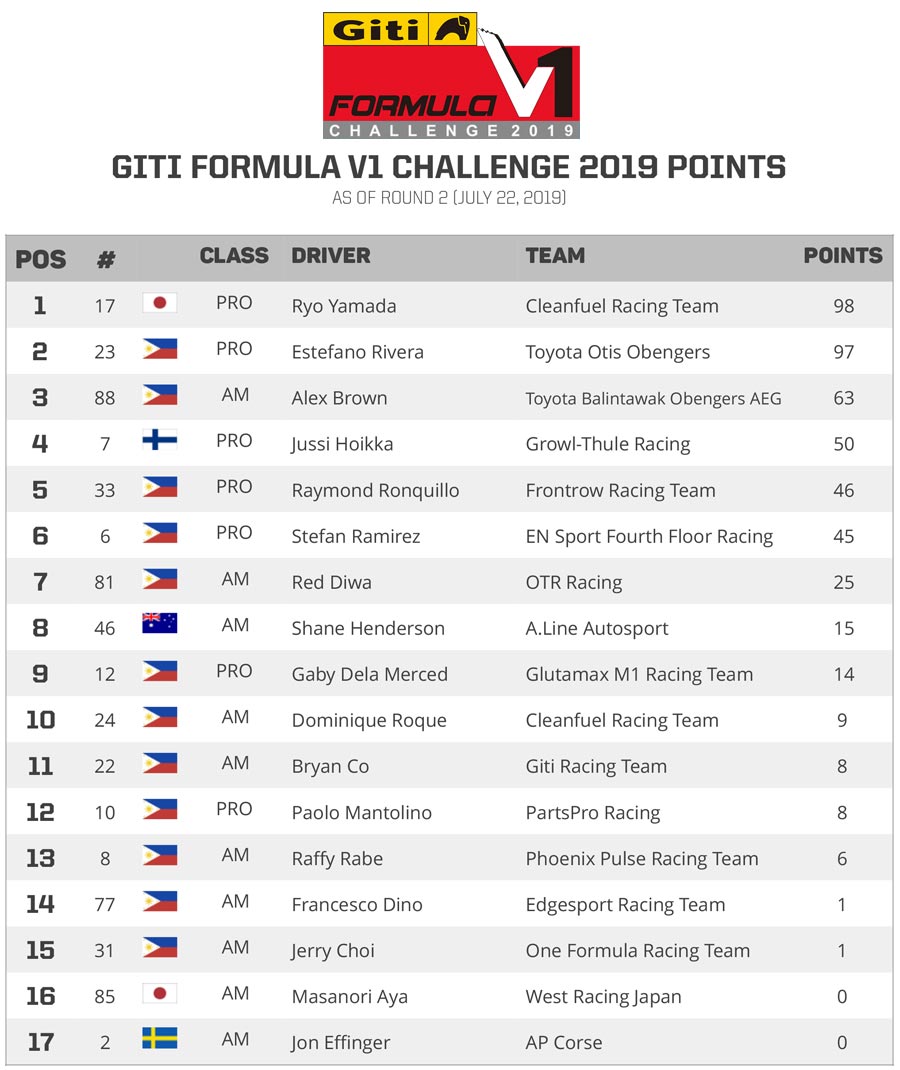 Presented by Phoenix Petroleum, the final showdown of the Giti-Formula V1 Challenge 2019 will take place on October 19/20 at the Clark International Speedway (CIS). The stakes are high as double points will be up for grabs that weekend with the coveted prize of a race at the Vita Champions of Japan in Suzuka Circuit later in the year.