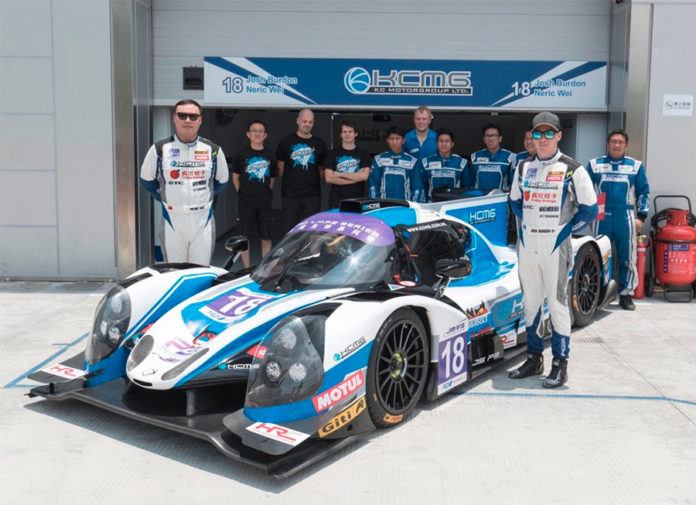 Hong Kong-based outfit KC Motorgroup Ltd. (KCMG) is marking its return to the Asian Le Mans Series this 2017/2018 season after a year’s absence. On this occasion, they’re entering the LMP3 category with a strong 3-driver lineup.

The team will utilize a Ligier JSP3, the same one they successfully campaigned in this year’s FRD LMP3 Series. Fittingly, Josh Burdon and Neric Wei who drove the said JSP3 to 2nd overall in the championship will likewise be back behind the wheel of their beloved machinery. New recruit Louis Prette shall take the last spot in KCMG’s lineup and share driver duties with Josh and Neric.

Louis is a young talented driver and should have no problems getting up to speed. He competed in the Asian Formula Renault from 2016 to 2017, finishing 3rd in the drivers’ classification this season.

Josh Burdon: “I am excited to be back working with KCMG for the 2017/2018 season of Asian Le Mans Series. Myself along with my co-driver Neric and the entire team proved to be a strong, race-winning package in the FRD LMP3 Series this year, so to continue our partnership with the addition of Louis as our third driver gives me confidence and will be ready to push for wins. I’m really looking forward to beginning work with the team.”

Louis Prette: “I am really looking forward to get started with the 2017/2018 season of Asian Le Mans Series! It’s going to be great to working with KCMG as they have proven in the past that they are very competitive and very professional. I’m also happy to join Neric and Josh, who have both raced together in the FRD LMP3 Series and as we know, is a winning package. Neric has been my team mate in Asian Formula Renault this year, while Josh is my coach. We all know each other very well and that’s a great point for endurance racing. I hope that we can deliver strong results throughout the season and contend for the championship.”

Neric Wei: “I am honored to be racing with KCMG for the 2017/2018 season of Asian Le Mans Series. It is a challenging event and I’m pleased to be driving alongside 2 talented drivers, Josh and Louis. I am looking forward to the races and make more progress in driving with the help of the entire team and co-drivers!”