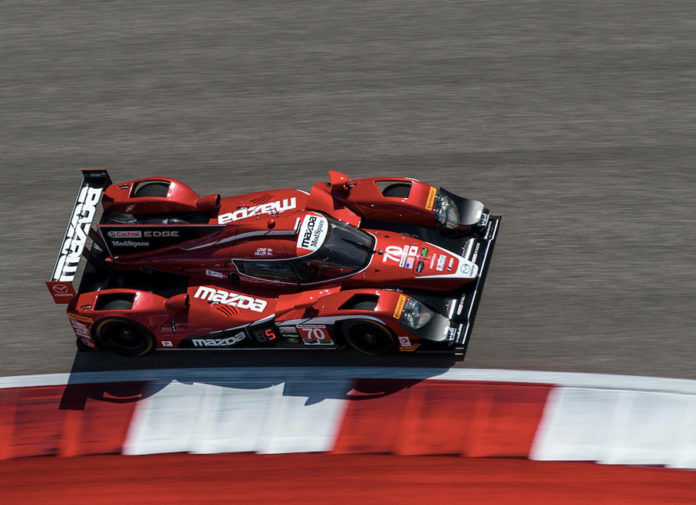 This weekend’s IMSA WeatherTech SportsCar Championship will see the end or an era. The Mazda Prototype team’s car No. 55 and 70 were the very last chassis built by Lola Cars before the company went belly up in 2012. Sadly, both will will be retired after the season finale to make way for the new 2017 regulations.

The pair of Lola B12/80 machines will race around the 4.088 km Road Atlanta road course in Georgia, USA. The No. 55 car shared by Jonathan Bomarito and Tristan Nunez currently sits 6th in the Prototype championship. Interestingly, the No. 70 sister car driven by Joel Miller and Tom Long trails it by a mere 2 points.

Hopefully, both cars can race cleanly over throughout the 10-hour enduro.

Mazda, with technical partner Multimatic, has been racing and developing the Lola B12/80 since the program began in 2014. It was originally powered by a 2.2L bi-turbo 4-cylinder SkyActiv Diesel borrowed from the Mazda 6 on its first 2 seasons. They then switched to a more conventional gasoline-fed MZ-2.0T turbo inline-4 in 2016. 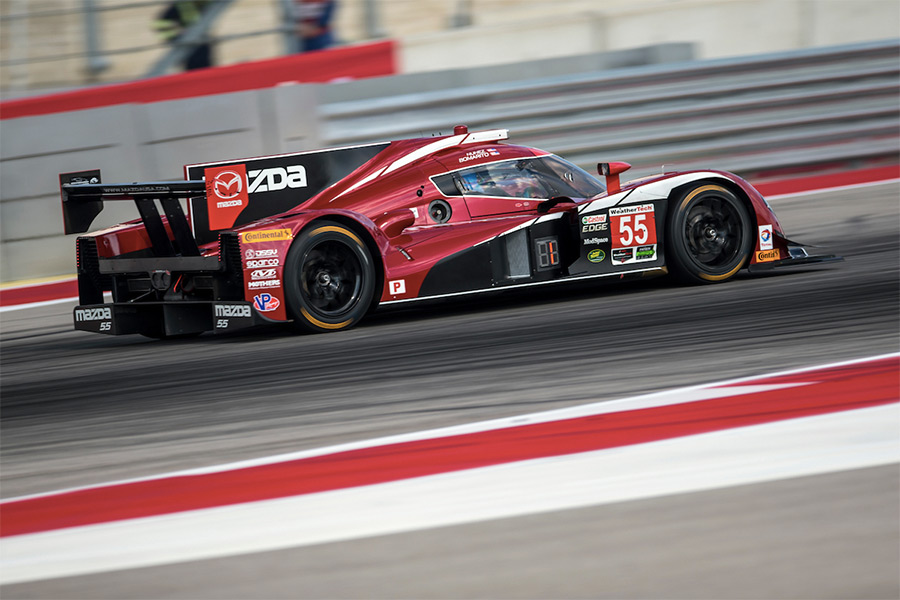 As for Lola Cars, it’s sad to see their rich 58-year history come to an end. The engineering company was founded in 1958 by a chap named Eric Broadley and became one of the oldest and largest race car manufacturer in the world. They were the geniuses behind’s Honda very first Formula 1 cars, the RA300 and RA301. These guys also built Nissan’s Group C contenders the GTP ZX-Turbo, R89C, and R90CK. Lola also played a role in the development of the Ford GT40, which was loosely based on the Lola Mk.6 coupe.

“It gives me goosebumps to finish the season with the last Lolas that will ever race professionally,” said Tristan Nunez. “Growing up, watching Lolas, they were always beautiful cars. The history behind Lola is iconic, and it has held a special place in my heart since I climbed into one in 2014. To be saying goodbye to the car is bittersweet. Everyone says that we have the most beautiful car out there. And we do, but I have the utmost confidence the next car is going to be just as beautiful. I’m honored to drive it in its last professional competition.”