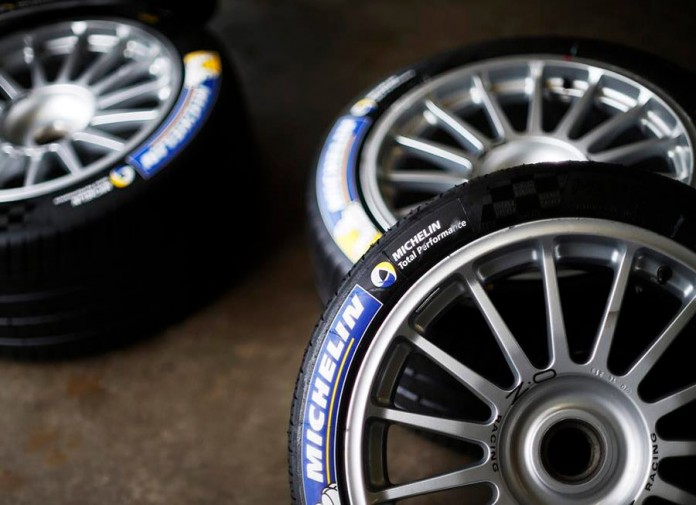 Since the start of the Formula E Championship in 2014, Michelin has been the series’ sole and official tire supplier. And with a new contract from the Fédération Internationale de l’Automobile (FIA), they’ll continue to do so until the end of the 2018/2019 season.

The French tire manufacturer had to develop a dedicated tire for Formula E to meet a unique set of requirements. It’s the first 18-inch single-seater tire, which is now being adopted by Formula Renault. It also had to work both in wet and dry conditions hence the patterned tread. Most importantly, a single set also had to last both race-day practice and the race itself. Together, these features allow the Michelin Pilot Sport EV to transfer its new technologies to Michelin road tires.

One such example is the newly-launched Michelin Pilot Sport 4.

“We are delighted to have been selected by the FIA once again and to be able to continue our involvement in this competition which Michelin helped to found,” says Pascal Couasnon, Director of Michelin Motorsport. “Formula E is a superb laboratory to foster innovation in the field of durable mobility in cities and built-up areas and Michelin is actively exploiting this golden opportunity. Indeed, the tire we designed for Formula E – the MICHELIN Pilot Sport EV – is revolutionary in the world of motor racing and has been acclaimed by all the championship’s drivers and teams.”

There has been no mention if Michelin will develop the Pilot Sport EV over the course of the next few seasons. What’s new tough are the rules that govern over the development of the Formula E’s powertrain.

Starting this season, each Formula E team have the freedom to cook up their own e-motor, inverter, gearbox, and cooling system. Some have opted for a twin motor set-up, while others run on a single power unit. There are also different approaches in the gearbox with teams running anywhere in between 1 and 5 gears. But a few have decided to retain the old McLaren Electronic Systems powertrain from last year and bank on its reliability.

Have a quick peek at the video below and see how each team is doing so far.