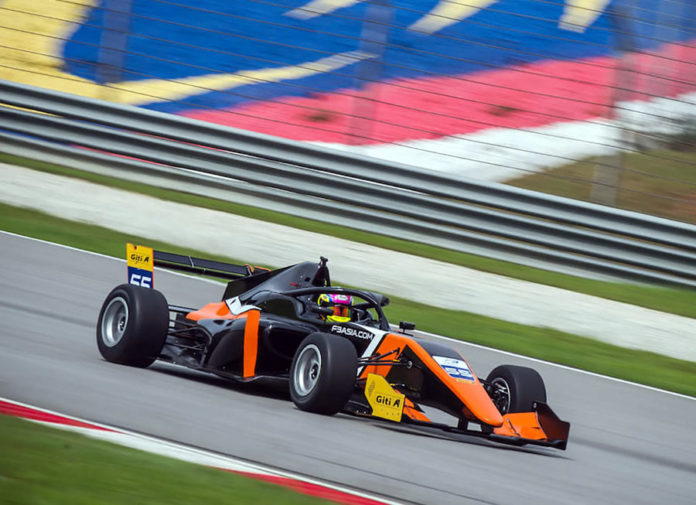 Pinnacle Motorsport is set to wrap up their F3 Asian Championship season with its biggest lineup by far. The Irish-licensed team will be entering 3 cars in the 5th and final event of 2018 at the Sepang International Circuit, which will also feature the first ever night race in the series.

16-year-old Liam Lawson is headlining the team’s assault this November 23/25. The New Zealander spent the last 2 years racing in Formula 4 and finished runner-up in the 2018 German Formula 4 Championship. He also just completed a Formula 3 test in Germany last month and will make his F3 Asian Championship debut in Malaysia driving the new Halo-equipped Tatuus F3 chassis.

In collaboration with Pinnacle Motorsport, Japanese Formula 3 outfit B-Max Racing Team will have 2 cars on the grid this weekend. DRAGON resumes his F3 Asian campaign and hopes to add to his collection of Masters Class podiums in 2018. He is joined by fellow Japanese F3 driver Tairoku Yamaguchi who will drive the team’s #28 car.

The season finale of the F3 Asian Championship Certified by FIA will begin with 2 Qualifying sessions on November 23 (Friday) followed by Race 1 at 1915H in the evening local time. Race 2 takes place on November 24 (Saturday) with Race 3 on November 25 (Sunday).

Liam Lawson: “I’m really exited about racing in the final round of FIA F3 Asian this weekend at Sepang. It’s a great opportunity for me to learn about this car. Massive thanks to my sponsors for the weekend Seth Ascetic and Pinnacle Sports and to my team, Pinnacle Motorsport for this opportunity.”

John O’Hara, Team Director: “It’s great to have such a strong 3-car lineup at the F3 Asian season ender. Liam Lawson is a young talented driver from New Zealand and we really hope to see him do well on his debut with the team. Meanwhile, B-Max Racing now has two Masters class drivers with DRAGON and newcomer Tairoku Yamaguchi. Pinnacle Motorsport has had a productive year in the new series and we’re really aiming to end the year on a high note with our three drivers.”