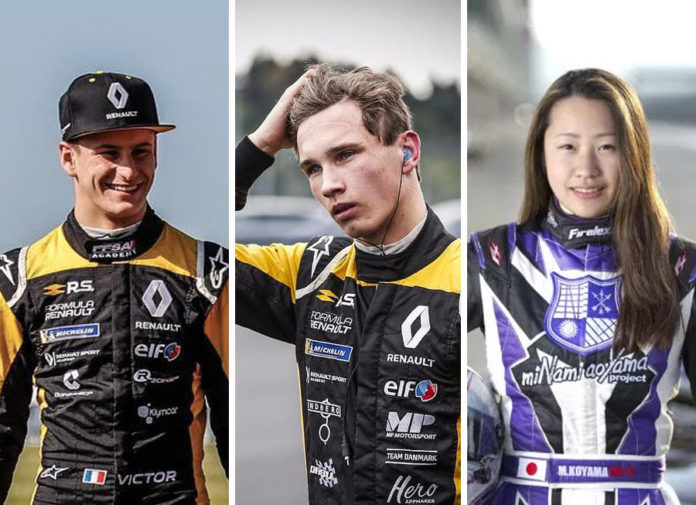 The F3 Asian Winter Series is now on its final stretch with one event left in the 2019 calendar. Pinnacle Motorsport sees this as the perfect opportunity to go for one last hurrah for a podium finish specially with their refreshed driver line up for this weekend.

Malaysian driver Akash Nandy currently sits 5th in the championship with a best 4th place finish so far. This will be his chance to go for a top 3 finish on him home race. Joining him in the hunt at the Sepang International Circuit are Renault Sport Academy drivers Victor Martins from France and Christian Lundgaard from Denmark.

Martins competed in the French F4 Championship and was crowned vice-champion in 2017. The 17-year-old then stepped up to Formula Renault Eurocup a year later, finishing the season 5th overall and 3rd amongst the rookie drivers. Lundgaard, on the other hand, won both the Spanish F4 and SMP F4 titles in the same year. He also entered Formula Renault Eurocup in 2018 and finished runner up in the championship.

This will be the duo’s first time to race in Asia, joining Nandy at the Pinnacle Motorsport garage.

Yamaguchi now leads points standings and will be aiming to secure the Masters’ Class title in Malaysia. Meanwhile, Koyama is a W Series finalist and will make her F3 debut after years of racing in Japan F4 and several sports car championships.

John O’Hara, Team Director: “We really hope to wrap up Asian Winter Series with good results. The team will be working hard to give Akash the best chance to get a top three spot in his home race. Likewise, we’re looking forward to see Yamaguchi claim the Masters’ Class championship in Sepang. As for Victor, Christian, and Koyama-san, all three will be making their F3 debut with the team and we’re positive they’ll do well.”