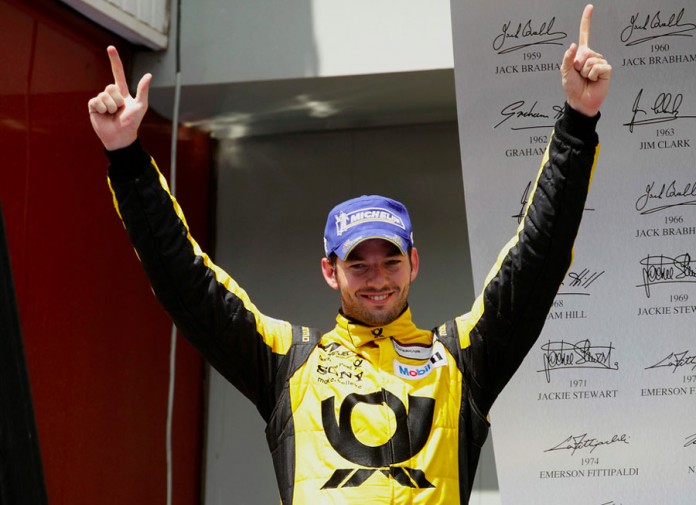 26-year-old British race car driver Sean Edwards was at the Queensland Raceway in Australia on October 15 for a private test session when the Porsche 996 was riding in went off course, hit the barriers, and burst into flames. Sadly, he was killed instantly upon impact.

The unnamed 20-year-old man who was driving the 996 Sean was in, on the other hand, survived the crash but was critically injured and airlifted to the hospital.

Reports say that Sean was on a working vacation in Brisbane to coach drivers on track for a non-competitive event. After that, he’s scheduled to go to Yas Marina Circuit in Abu Dhabi this coming November 3 for the last two races of the Porsche Carrera Supercup where he’s leading the championship.

Sean Edwards is the son of former Formula 1 driver Guy Edwards. He started his racing career when he was only 11 in go karts and progressed into Formula Ford, Formula Renault, then into GT racing. Sean won the 2006 FIA GT3 European Championship with Porsche before moving on to the FIA GT Championship, American Le Mans Series (ALMS), and Porsche Carrera Supercup. He also raced in the 2012 edition of the Le Mans 24 Hour. His more recent successes include winning the 2013 Nürburging 24 Hours and both the 2012 and 2013 Dubai 24 Hours.