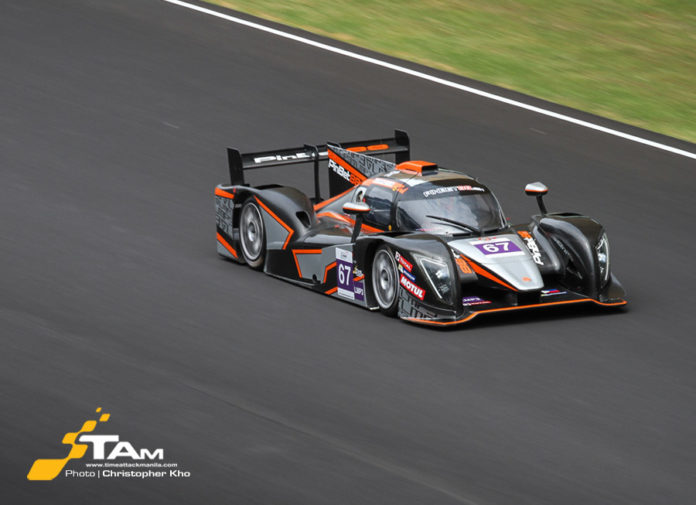 Who would have thought that a team barely 8 months old would be fighting for the title at the 2016 Asian Le Mans Sprint Cup (ALSMC) finale this weekend? I’m talking about Pinnacle Racing Team (PRT Racing) who plans to secure their maiden championship this September 2 – 4 at the Sepang International Circuit.

With Ate De Jong and Charlie Robertson behind the wheel, these guys secured 2 podium finishes right off the bat at the season opener in May. This was immediately followed by another 3rd place finish and hard-earned race win in Round 2 last August. The feat made PRT Racing the first Philippine-licensed team to win an Automobile Club de l’Ouest (ACO) event in history.

Now, they’re back in Malaysia for the third and final round of the season with the No. 67 Pinbet88-sponsored Ginetta LMP3. Best part is, they have a 9 point lead over DC Racing and a further 13 points from Nexus Infinity in the teams’ championship. The same goes for De Jong and Robertson who leads the drivers’ points race.

This coming weekend, however, won’t be a walk in the park. Aside from the threat from DC Racing and Nexus Infinity, there will be 2 additional teams on the LMP3 grid which brings the total to 7. We’re keeping our fingers crossed though that they can walk away with the title.

Ate De Jong, PRT Racing Owner and Driver: “When we put PRT Racing together in February, our main goal was to simply be able to have the pace to run alongside the leaders. Little did we know we’d be stepping on the top step of the podium in only our fourth race. Now, we’re going back to Malaysia to fight for the championship. This is beyond our expectations and I’m very happy to have such a great team.”

Charlie Robertson, PRT Racing Driver: “Everyone in PRT Racing and Ginetta has worked really hard to get us where we are now in the Asian Le Mans Sprint Cup. Ate has learned so much in such a short time and we’ve won our first race last month. It’s always good to be back with the team and we hope to wrap up the weekend with the title.