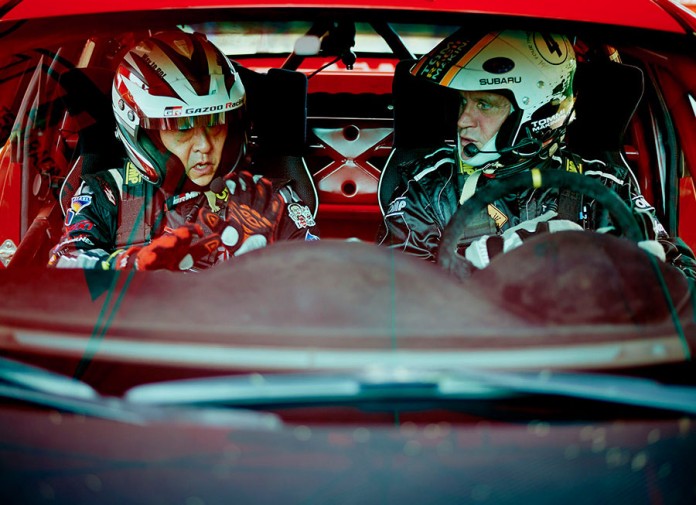 The last time Tommi Mäkinen set foot on a WRC stage was way back in 2003 with Subaru. But after more than a decade’s absence, the Finn is coming back with Toyota GAZOO Racing in 2017, not as a driver, but as Team Principal.

Yes, he’ll be heading Toyota’s official return to the WRC.

Tommi Mäkinen spent a total of 18 years in the WRC. His resume from 1985 to 2003 includes 24 rally victories, 45 podium finishes, 362 stage wins, and 4 consecutive driver’s championships for Mitsubishi from 1996 to 1999. If that doesn’t speak of his immense experience and qualification to head Toyota GAZOO Racing, we don’t know what does.

The announcement came from Toyota Motor Corporation’s (TMC) headquarters in Japan, with blessing from Toyota President Akio Toyoda himself. We should remember that Toyoda and Mäkinen first collaborated in 2013 when the Finn built a bespoke 4-wheel-drive GT86 for Toyota’s top brass. The duo then made their competitive debut at the Neste Oil Rally Finland last year with Mäkinen behind the wheel and Toyoda riding shotgun.

“At that time he was my instructor, helping me improve my driving technique. In the end, he taught me a lot more; he showed me the appeal of rallying and the relationship between vehicle development and rallying,” remarked Toyoda.

Unsurprisingly, this sparked Toyoda’s interest in the WRC which prompted the Japanese car giant to begin development of the Yaris WRC for a 2017 return. Toyoda is so attached to their WRC program that he will also serve as team chairman.

“Whenever I’m behind the wheel, I always think: “it is the road that makes the car.

“For Toyota to make ever-better cars, we have to get a feel for all the kinds of roads that are out there. Rallying requires us to drive on the very roads our customers use every single day, and I believe it is the perfect training activity, ultimately helping us to strengthen our products.

As the pinnacle of rallying, WRC is the best way to experience roads all over the world―that’s why Toyota is returning to the championship. And I am very happy and excited to have Tommi Mäkinen heading up our WRC team,” Toyoda added.

What’s odd though is that the team will be run by Toyota GAZOO Racing, which is more involved in the company’s endurance racing program on the Nürburgring, rather than Toyota Motorsport GmbH (TMG) who is currently developing the Yaris WRC.