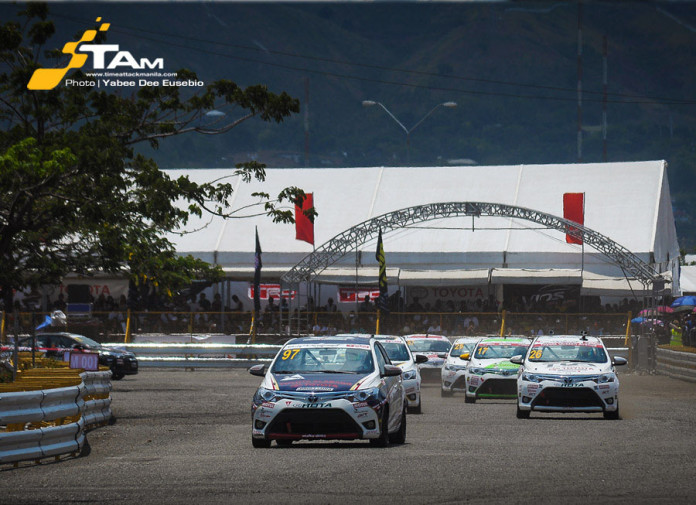 Toyota Motor Philippines’ (TMP) one-make-race has come down to this. The 2015 season of the Vios Cup is set to hold the 4th and and final round of the season in the biggest way possible, by racing on the Subic Bay International Airport this November.

The non-permanent race track named the “Vios Cup Subic International Raceway” is built around the old airport, runs in an anti-clockwise direction, with 8 corners, and run a total lap distance of 2.7 km. And come race day, a total of 42 drivers from dealer teams and 8 celebrity racers are expected to fill up the grid.

It was named “in memory of Tito Poch,” said Tuason Racing School Founder and Vios Cup Organizer JP Tuason. “This is very sentimental for TRS because my dad won the first race in Subic. Then Tito Poch allowed us to base TRS in the old Subic International Raceway for about 5 years before it closed.” 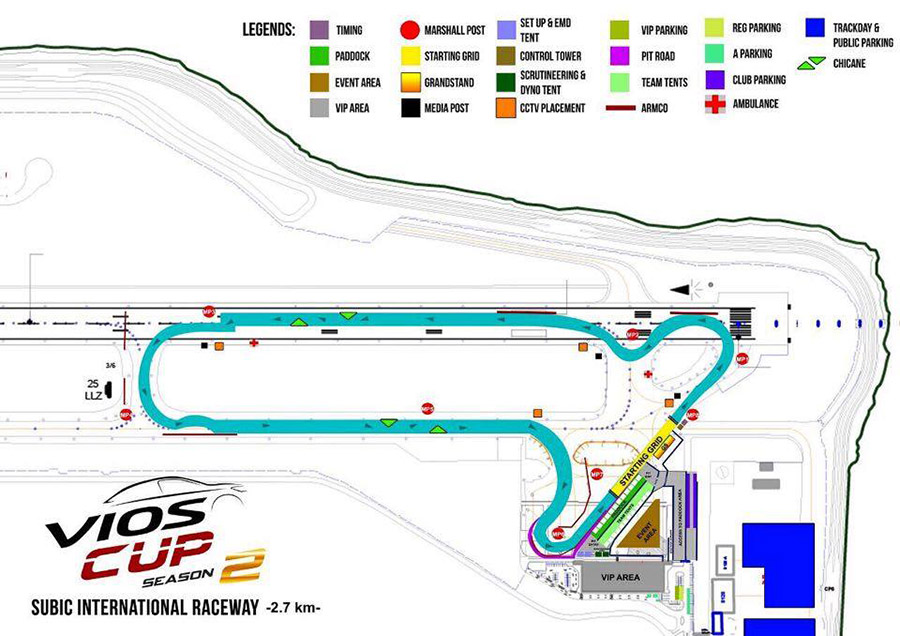 The fastest guys in the Sporting Class will be gunning it for the overall title, which based on the points standings, is now only between Toyota Balintawak’s Daniel Miranda, Toyota Alabang’s Estefano Rivera, and his teammate and current leader Andres Calma. Although Bobby Domingo and Allan Uy still mathematically have a shot at the championship, their 57 point deficit will be hard to make up.

As for the Promotional Class, this will be a final showdown between Toyota Alabang’s Miguel Diaz and Toyota San Fernando’s Paolo Rodriguez. Separated by only 4 points, only these 2 drivers can now win the class title. It’s a similar story in the Celebrity Class where Phoemela Baranda and Sam YG are expected to lock heads to the grand prize.

“This final race in Subic will be the widest and longest out-of-circuit track that the Vios Cup will ever see. Creating a racetrack at the famed Subic Bay International Airport definitely puts an edge to this motorsports event. I personally look forward to this fourth and final leg because aside from it being an all-new track which will really bring out the best in our racers, we now have a total of 50 racers present making this undeniably more exciting!” said TMP President Michinobu Sugata.

The 2-day race weekend will feature Official Practice on Saturday (November 28) followed by Sporting and Promotional Class Races on Sunday (November 29) with 2 races each. Gates open at 09:00 am and yes, the event is open to the public for free.

The 2015 Vios Cup is in partnership with Bridgestone and Rota, supported by Motul, TRD, Brembo, Denso, AVT, OMP and Tuason Racing.