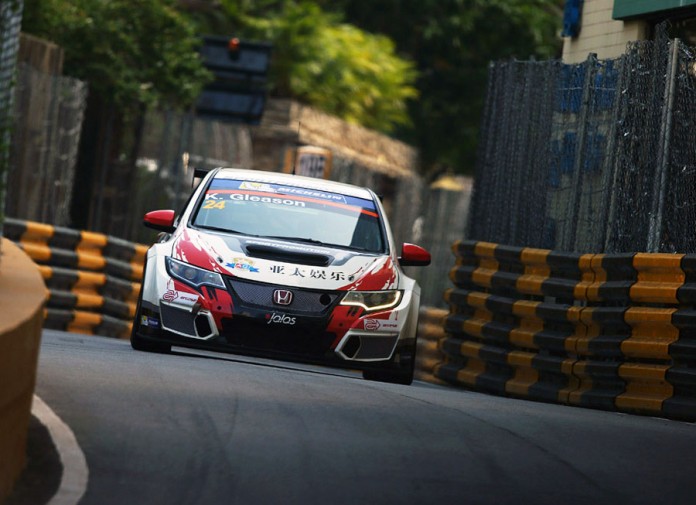 This November 19 to 22, Swedish team WestCoast Racing has their eyes set on winning the 62nd Macau Grand Prix with their JAS Motorsport-prepared Honda Civics. More importantly, they’re hoping to do so with an all-star driver lineup that includes the ‘King of Macau’.

The TCR International Series is the newest addition to the infamous GP after the World Touring Car Championship (WTCC) moved its season finale to Qatar at the end of November. The scheduling difference allows some of the top WTCC drivers to temporarily switch teams just so that they can compete on the historic, barrier-lined Guia Circuit. One such driver is Rob Huff whose hoping to win his 8th Macau GP victory with WestCoast Racing.

“Macau’s Circuito da Guia street track is quite simply the most challenging race circuit I’ve ever raced on and my record is strong there,” said Huff. “I’m really pleased to have been invited by JAS Motorsport and WestCoast Racing to drive the Honda Civic in the TCR International Series finale there and I am confident we will have a competitive package for this truly unique event.

Another factor that convinced him (as if he needed to be) do a one-off TCR appearance was the opportunity to race alongside his protégé and full-time WestCoast Racing driver Kevin Gleason. The other drivers in the team’s line up includes ex-Formula 1 driver Gianni Morbidelli (who’s also racing this season for WestCoast) and Sunny Wong from China.

As it stands, WestCoast Racing is 3rd in the Teams’ Championship, while Morbidelli and Gleason sits 4th and 5th in the Drivers’ standings, respectively. With both titles now out of reach, they can go gung-ho on the streets of Macau and hope to score victories for the team.