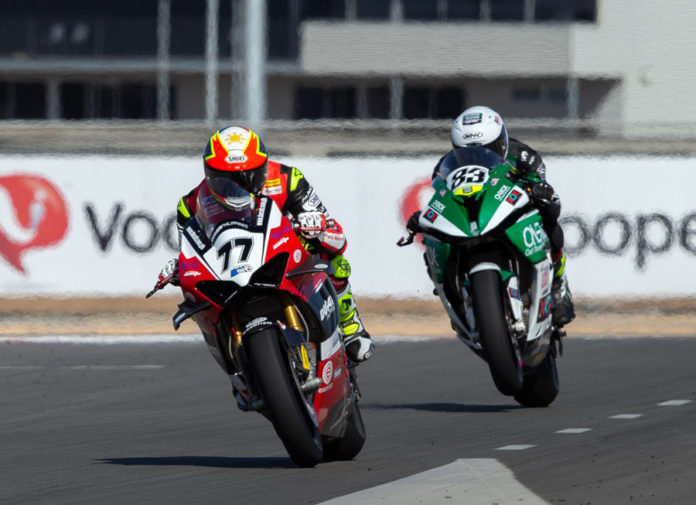 For the second time this season, TJ Alberto and Jonathan Serrapica were back atop the Panigale V4Rs of Access Plus Racing-Ducati Philippines-Essenza for the Asia Road Racing Championship (ARRC). And despite it being their first time on The Bend Motorsport Park in Australia, both would happily land points-scoring positions in ASB1000.

Lessons learned from the curtain raiser in Malaysia allowed the Philippine-based team to make improvements to their flagship Ducati superbikes. This resulted in a P10 spot in Qualifying for Alberto and P14 for Serrapica. 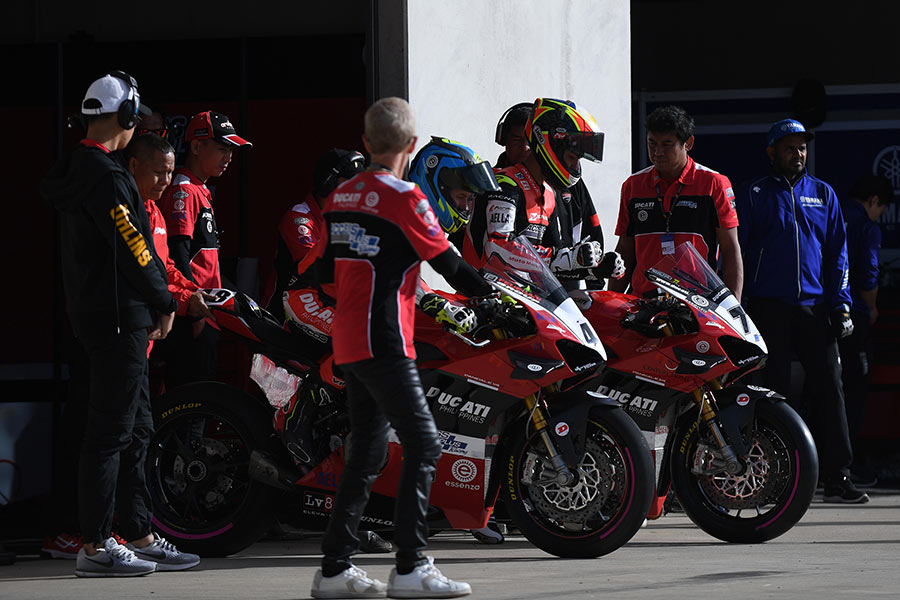 Sunny skies greeted Race 1 on Saturday where both riders were able to get off to a clean start. Amidst the first corner tussle, Alberto fell behind to P11 but hustled his way to the field to make it as high as P9. The mid-race charge, however, took its toll on his tires and forced him to slow down. He finished just outside the top 10 to claim 11th place, while Serrapica followed behind in 14th.

Good conditions continued into the following day for Race 2. This gave the team high hopes as both riders could maximize the Panigale V4R’s performance in the cooler temperatures. Unfortunately, Alberto suffered a DNF on only the first corner after another rider crashed in front of him. Serrapica then had to take Access Plus Racing-Ducati Philippines-Essenza all the way to the chequered flag in 14th place to wrap up the team’s weekend. 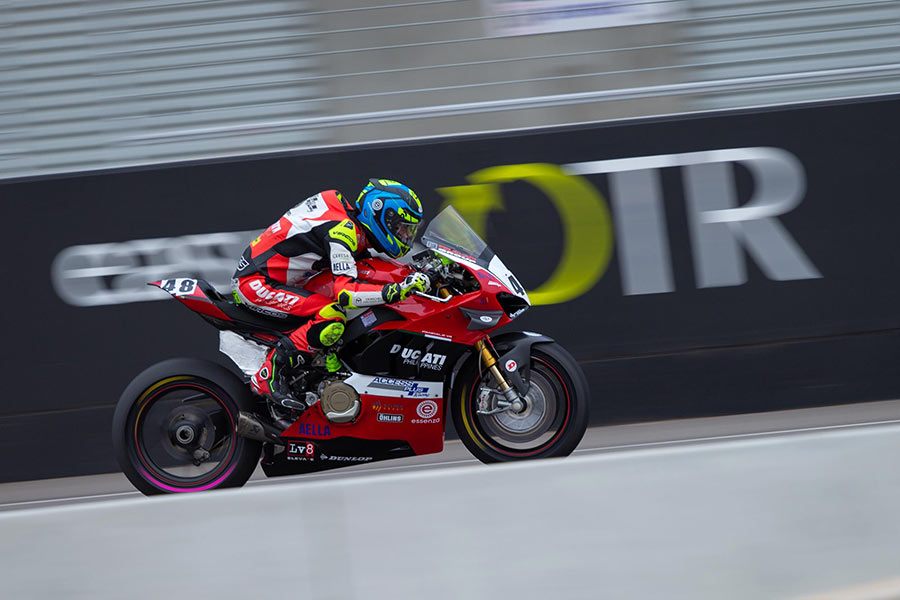 With points collected in Australia, TJ Alberto is now 10th overall in the standings and Jonathan Serrapica in 13th spot. The ARRC now heads to Thailand for Round 3 on May 31-June 2 at the Chang International Circuit.

TJ Alberto, #77 Ducati: “It’s my first outing here at The Bend and I certainly enjoyed the layout. With some new adjustments, we made big strides compared to Sepang. We are now able to race closely with the other riders and fight for position. The team just needs to work on small things such as managing rear tire wear as it definitely affected my first race. The crash on Sunday is unfortunate, but we are definitely looking forward to reaping the benefits of our leanings in Thailand.”

Jonathan Serrapica, #48 Ducati: “I really liked the track, as with many first time racers here during the race weekend. We worked on a lot of stuff for this race, but I wasn’t able to capitalize on these improvements. I’m glad I put more time on the saddle and took home the bike and a few points. I look forward to pushing harder next round.”

Toti Alberto, Team Principal: “It feels good that our preparations after Sepang paid off and allowed us to be more competitive in Australia. We’ve closed the gap to the frontrunners, giving us a better chance to fight for points. It’s just unfortunate what happened to TJ in the second race where he was taken out after a rider crashed in front of him, but the feedback and improvements we got will help us for the rest of the season. Thailand will hopefully see us in our best form yet.” 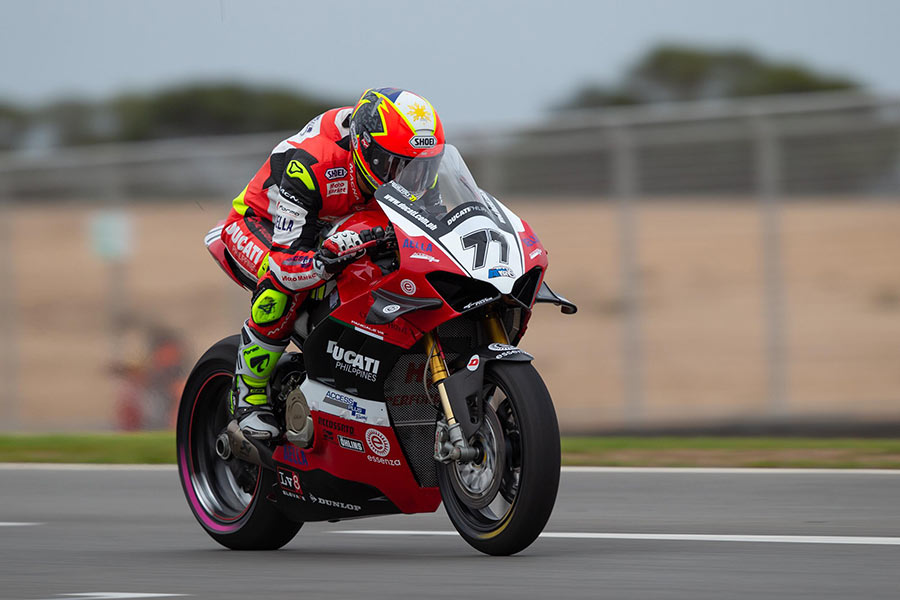