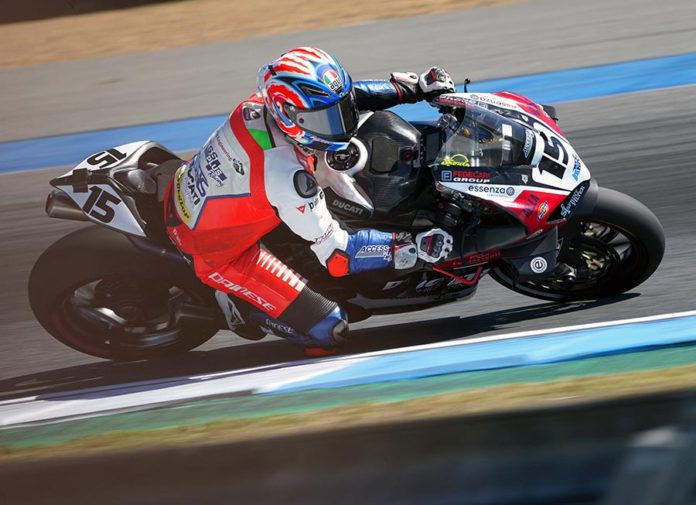 Access Plus Racing-Ducati Philippines-Essenza has now concluded what was a learning year in ASB1000. Its riders Timothy Joseph “TJ” Alberto and wildcard entry Federico Sandi closed the books on the 2019 season over the weekend during their visit to the Buriram International Circuit. And what a great way to wrap things up by scoring another Top 5 finish in Thailand.

Admittedly, both riders were unable match the pace of the front runners throughout Free Practice. Sandi’s best efforts could only get him P9 in Qualifying, while his teammate Alberto ended up in P11. But a last minute setup change on their Panigale V4Rs changed their performance overnight. 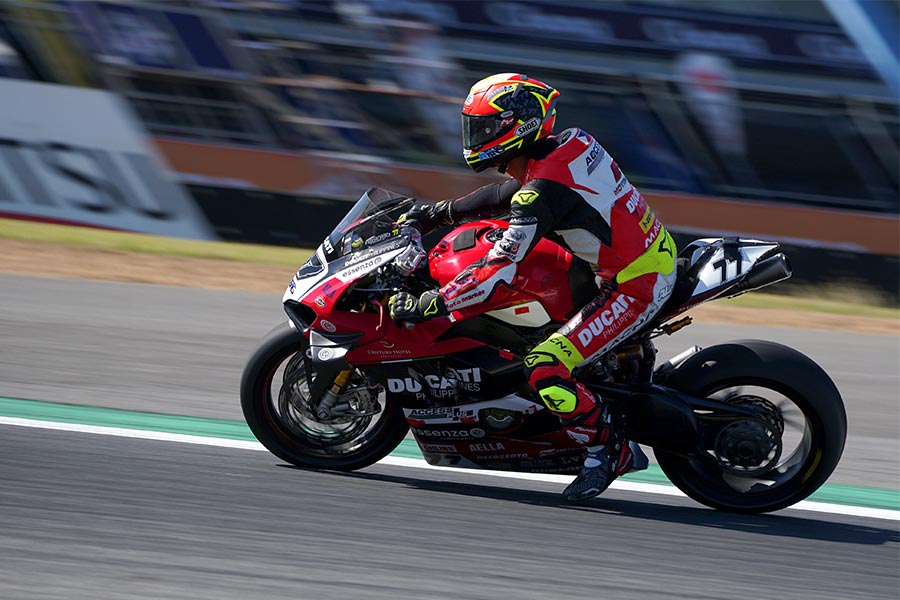 With a new found pace, the pair were able to get off to a clean start in Race 1 on Saturday. Sandi progressively worked his way up the standings, slotting into P8 on lap 2, before muscling his way into P7 where he would eventually finish and score valuable points for the team. Alberto, on the other hand, was busy fighting his own battles only a few positions behind. He got his #77 Ducati up to P9 by lap 4 and was less than a second away from the rider ahead when the chequered flag dropped.

Alberto’s progress, however, took a backstep the following day when he stalled at the start of Race 2. The slight delay dropped him to dead last, but a great comeback ride from the Filipino allowed him to catch up in just a single lap. His efforts then got him into P10 by lap 3 which he then maintained all the way to the finish line. As for the team’s other Panigale V4R, Sandi extracted every ounce of performance from his Ducati and was on attack mode from the get go. Despite nursing a foot injury, he took the fight to the front runners onboard their BMW, Honda, Kawasaki, and Yamaha. 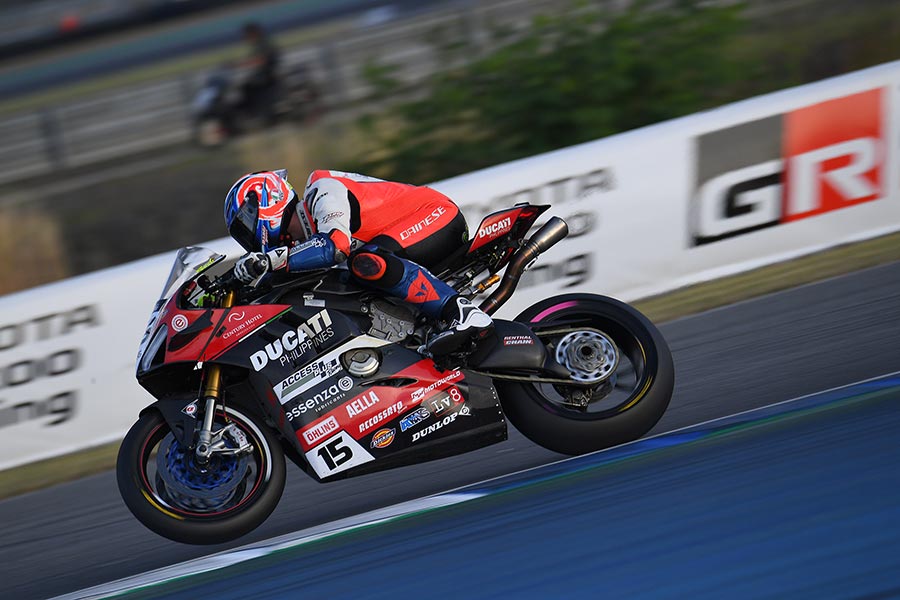 Sandi’s hard work managed to get him as high up as P2 and even challenged for the lead at one point. While he lost a few positions in the process, he successfully crossed the finish line in a strong 5th place to conclude the team’s debut year in the ARRC on a high note.

After contesting all seven rounds in the 2019 calendar, Access Plus Racing-Ducati Philippines-Essenza is able to wrap up the season 7th in the Overall Team’s Championship, which is an achievement for team’s first full year in the Asia Road Racing Championship’s (ARRC) premier category. TJ Alberto also ended the season 11th in the championship, with Federico Sandi in a close 12th from his results in the final two events of the year, and Jonathan Serrapica in 17th. 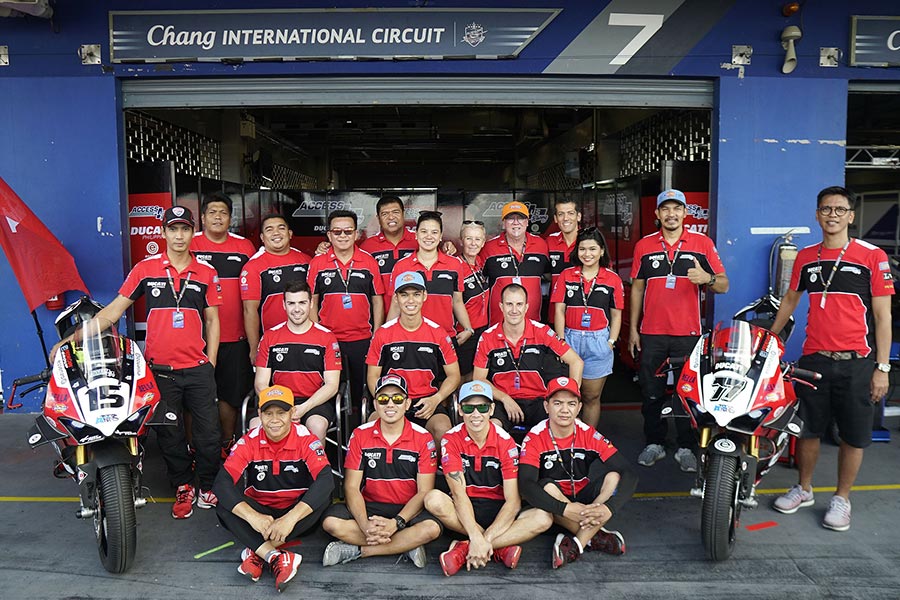 TJ Alberto, #77 Ducati: “It’s another point scoring finish for me with both races in the top 10. I was also able to improve on my lap time which I’m pleased about. But I’m still hungry for better results and it wasn’t the season ender I had hoped for. Still, it was a good debut year in ARRC and hope to continue with the team in 2020. I need to build up on my experience, with the Ducati and the tracks to be able to race up front next year. Congratulations to my teammate Sandi for a top 5 result.”

Federico Sandi, #15 Ducati: “We did a great job this weekend and were able to fight for a podium finish. It’s good to see that team has improved race by race on its first year in ARRC. But even with a good bike like the Panigale V4R, it’s not easy to win at this championship level. I hope the team would want to keep me for the next season, because I can help them improve bit by bit and step up in 2020. I’d also like to help my friend TJ further improve his pace and get on the podium. Overall it was a fun experience and I’m grateful to team owners Toti and Joy, to TJ for being a good friend and teammate, and all the people who worked with us.”

Toti Alberto, Team Principal: “The team learned a lot on our second visit to Thailand this year. Sandi has proved yet again that we have the speed to win and with some adjustments, I think we can do it in 2020. Thank you very much to everyone in the team, for your hard work and dedication to make us competitive on our first year in ARRC. We’ve grown so much racing with some of the best in the region and we’ll work harder for next season.” 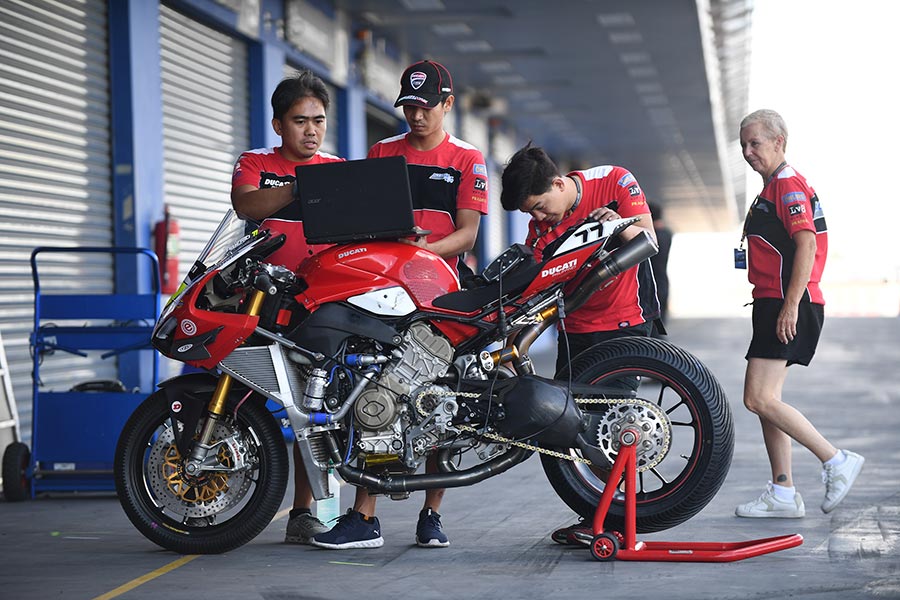 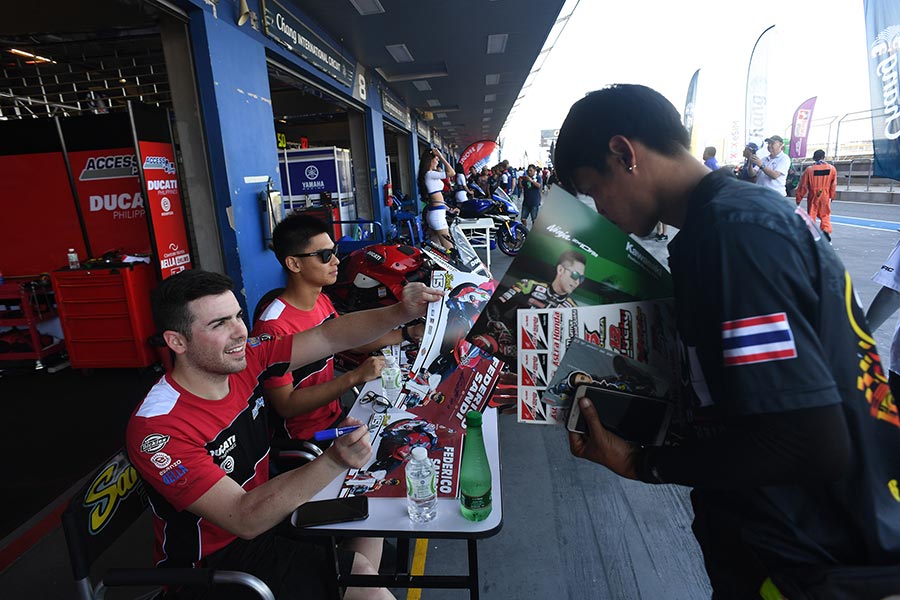 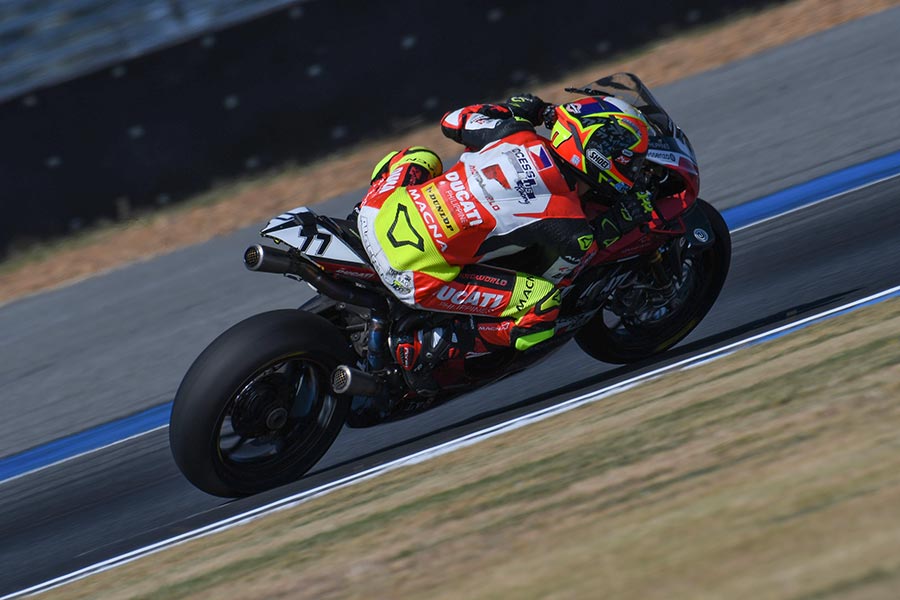