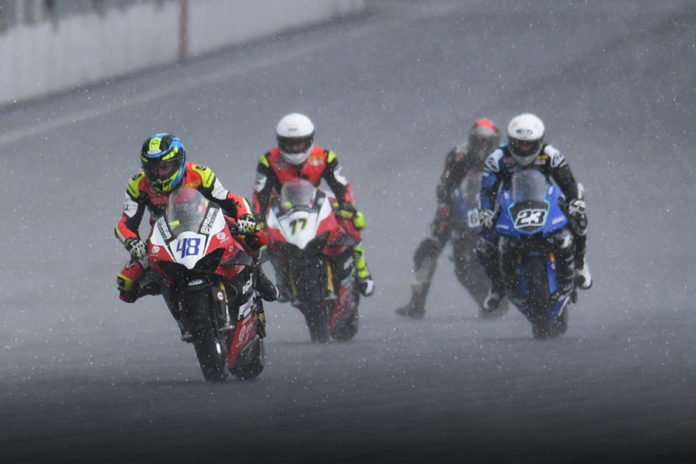 The Philippine-based team completed 2 days in pre-season testing right before the season opener. This allowed them and its riders to fine tune the brand new bikes supplied by Ducati Corse in Italy. After only a day’s rest, the first event of the year immediately got underway on March 8/10 where TJ secured P9 in Qualifying while Jonathan ended the session in P13. 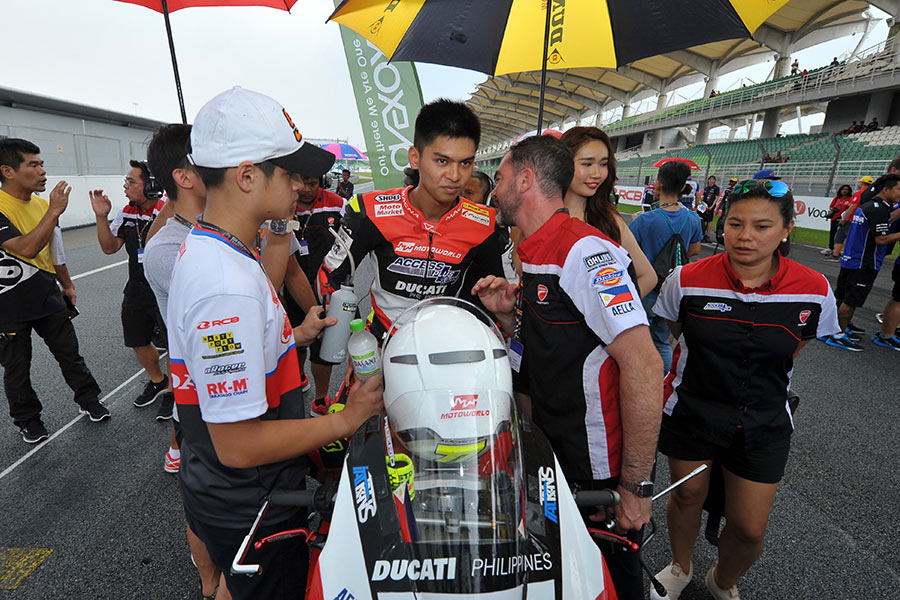 Both riders would get off to a clean start in Race 1 on Saturday afternoon, marking the official debut of Access Plus Racing-Ducati Philippines-Essenza in the top category of the ARRC. TJ lost some places in the chaos and settled in P10, but his consistency later paid off as other riders faltered. The Filipino rider capitalized on every opportunity to take the chequered flag in 7th place. Likewsie, Jonathan picked off the other riders one-by-one to move up the standings and finish right behind his teammate in 8th.

A sudden downpour greeted the ASB1000 riders on Sunday right before the start of Race 2, drenching parts of the 5.542 km track while leaving the rest dry. The changing weather was made even more difficult since this was the first time for all teams to run on Dunlop wet tires. But Jonathan showed his prowess in the tricky conditions and moved up to P9 by the second lap. The Italian-Swiss rider was on a charge amidst the downpour and was beginning to reel in P7 when he slid off track as the rain worsened. Although he managed to rejoin, he would fall off the bike a second time and ultimately retired with only 2 laps to go. This left TJ to fly the team colors who claimed 6th place on the run to the finish line and wrap up a productive weekend for Access Plus Racing-Ducati Philippines-Essenza. 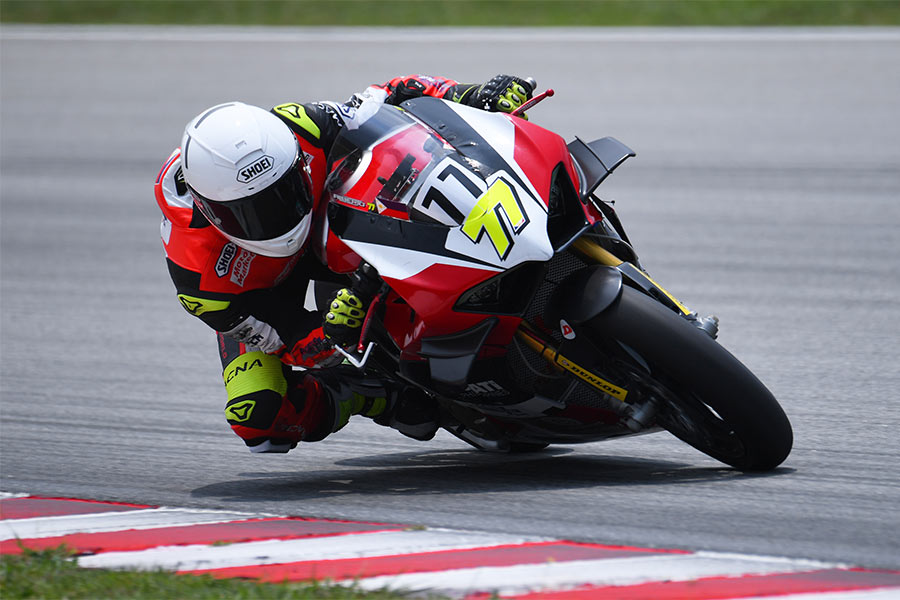 With the team’s results at the season opener, TJ Alberto now sits 6th in the overall championship standings while Jonathan Serrapica is in 11th. The ARRC’s 2019 season will now head to The Bend Motorsport Park in Australia for Round 2 on April 25-28.

TJ Alberto, #77 Ducati: “I’m quite happy with our results as I struggled during the two-day pre-season test to break into the top 10, so it was a welcome improvement to gain a few spots. We have a lot still to improve with the bike, but the team did a great job for this first race. I’m looking forward to the next event in Australia now that I have more laps under my belt in the wet and the dry. Thanks to my team Access Plus Racing-Ducati Philippines-Essenza for providing me with a great bike for this race.”

Jonathan Serrapica, #48 Ducati: “Good way to start the season for Access Plus Racing-Ducati Philippines-Essenza. It was a long week for everyone and I’d to thank the whole team for working so hard to give me and TJ an amazing bike to race. Glad that the team is also happy with my performance even if I went down in the rain. If we continued maybe we could have reached the podium. I’m now fully charged for the next race in Australia!”

Toti Alberto, Team Principal: “Our result for the opening round of the ARRC is an accomplishment considering we only received our Ducati Panigale V4Rs less than a week before the race. We then spent long nights to just get them ready for the official pre-season test on Tuesday and Wednesday. TJ and Jonathan’s performance during the weekend made all our efforts worthwhile and is a testament to Access Plus Racing-Ducati Philippines-Essenza’s abilities as a team.” 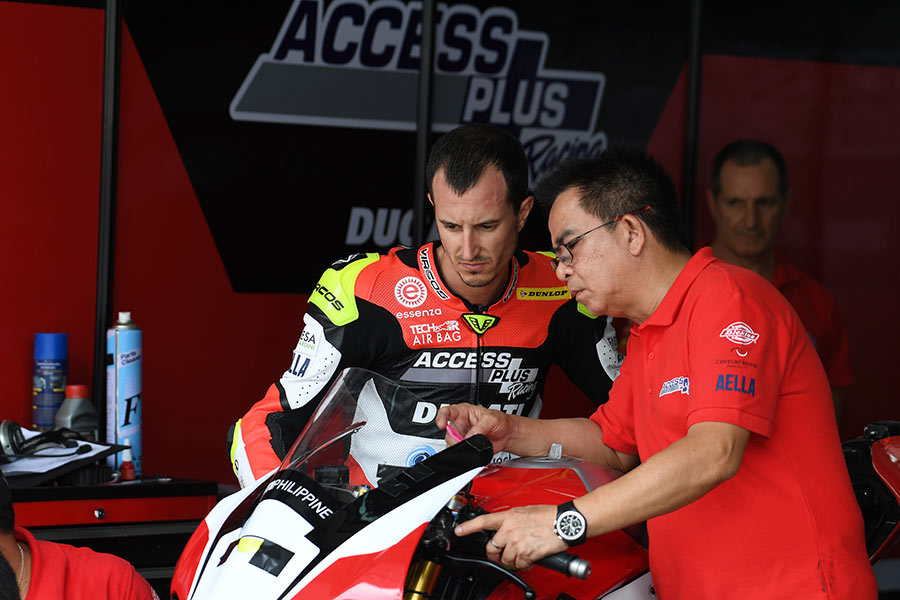 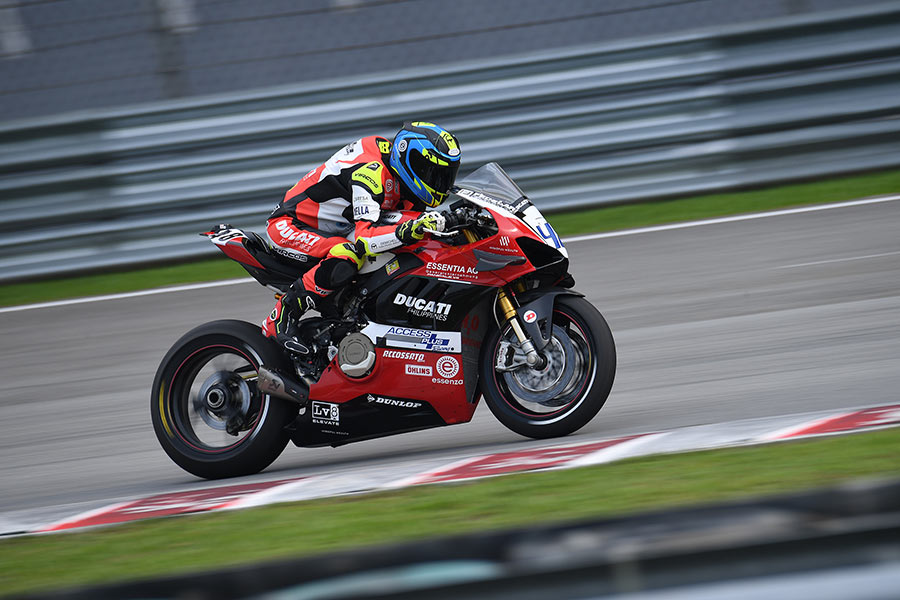 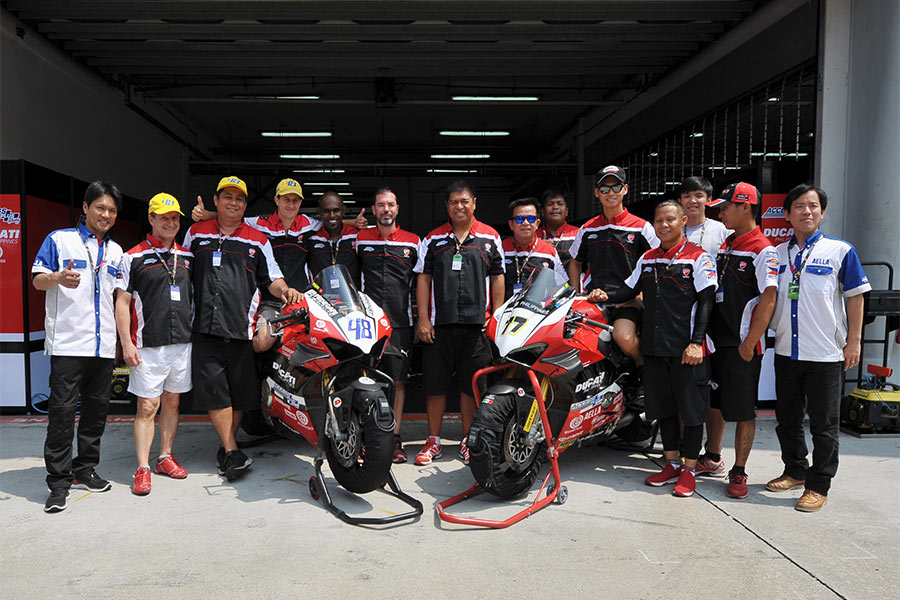