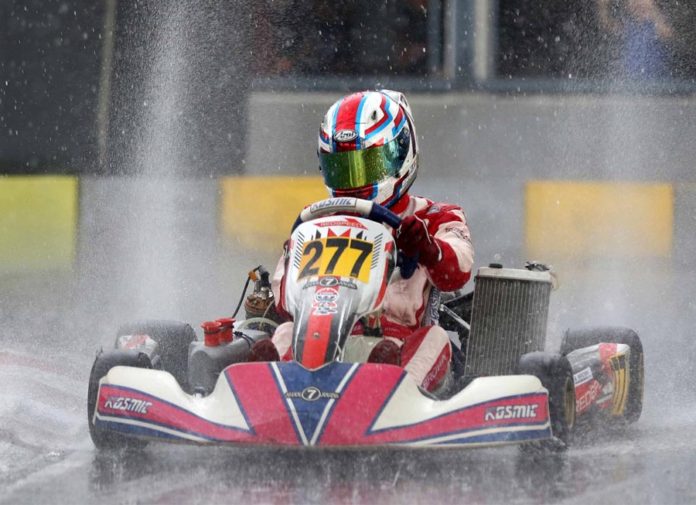 Remember when Alex Brown was involved in one of the most horrific crashes we’ve seen in Formula V1 history? Yes, the one where he had to be rushed to the hospital, came out in a wheelchair, and missed the season finale along with the Am Class title. Well, would you believe that only a month since the accident, the 16-year-old has now returned to racing go karts. As a matter of fact, he won the Senior ROK title on his comeback drive in the ROK Cup Asia Final over the weekend.

The Filipino-Singaporean was lucky to have escaped with only an injury to his right knee and a minor spinal fracture as a result of his crash at the Clark International Speedway. He also recovered a lot faster than what the doctors had anticipated and was cleared to race last November 23/24. 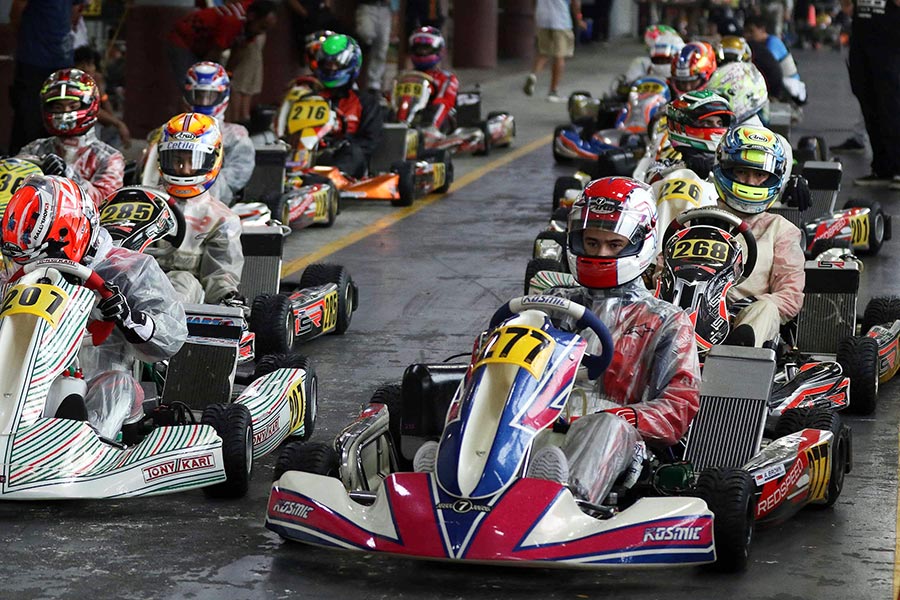 Competing under 7 Racing, Alex came into the season finale with a slim 85 point advantage in his category. This required him to deliver strong, consistent results if he wanted to take the championship, which was made even more challenging as he was up against 32 other karters in Senior ROK at the KF1 Karting Circuit in Singapore.

His best result came during Qualifying where he ended up in Pole Position, ahead of world champion factory drivers such as Alessio Piccini, Domenico Chicognini, and Karol Basz. However, all his efforts were quickly undone when his #277 Redspeed kart was taken out right at the start of the first Heat. 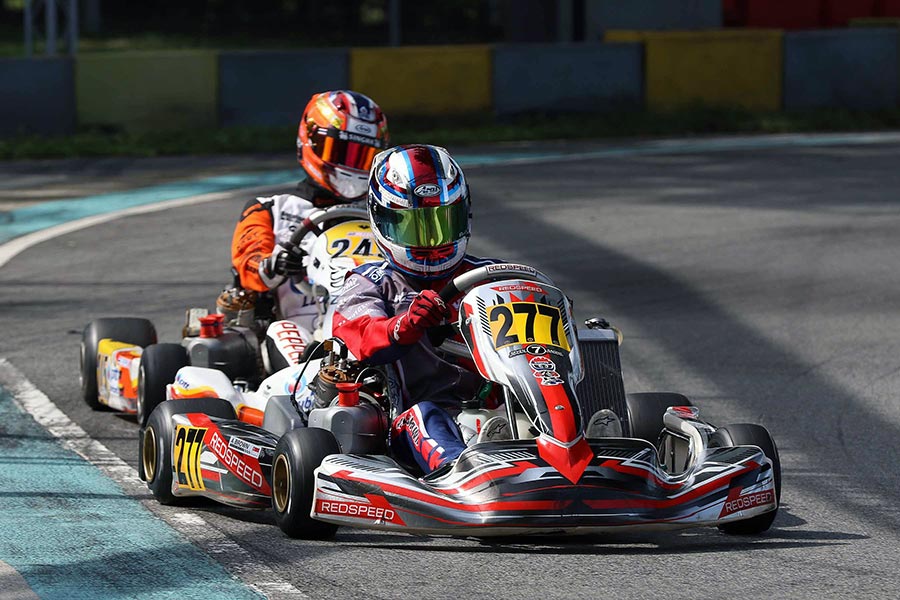 The DNF left him with a lot of work to do as he had to claw back positions lost, mostly in tricky conditions that saw the weather rapidly change in between sessions. But as weekend progressed, Alex would later drive to a hard-earned 2nd place in a rain-shortened Pre-Final where he challenged Chicognini for the lead.

With the championship now in his sights, he only need to finish within an arm’s reach of his closest rival Rava Mahpud of Indonesia in the Finals to secure the title. Hence, Alex drove a strategic race to safely cross the finish line in 16th, only 6 positions behind Mahpud, to claim his 5th championship this time as Senior ROK Champion in the ROK Cup Singapore. 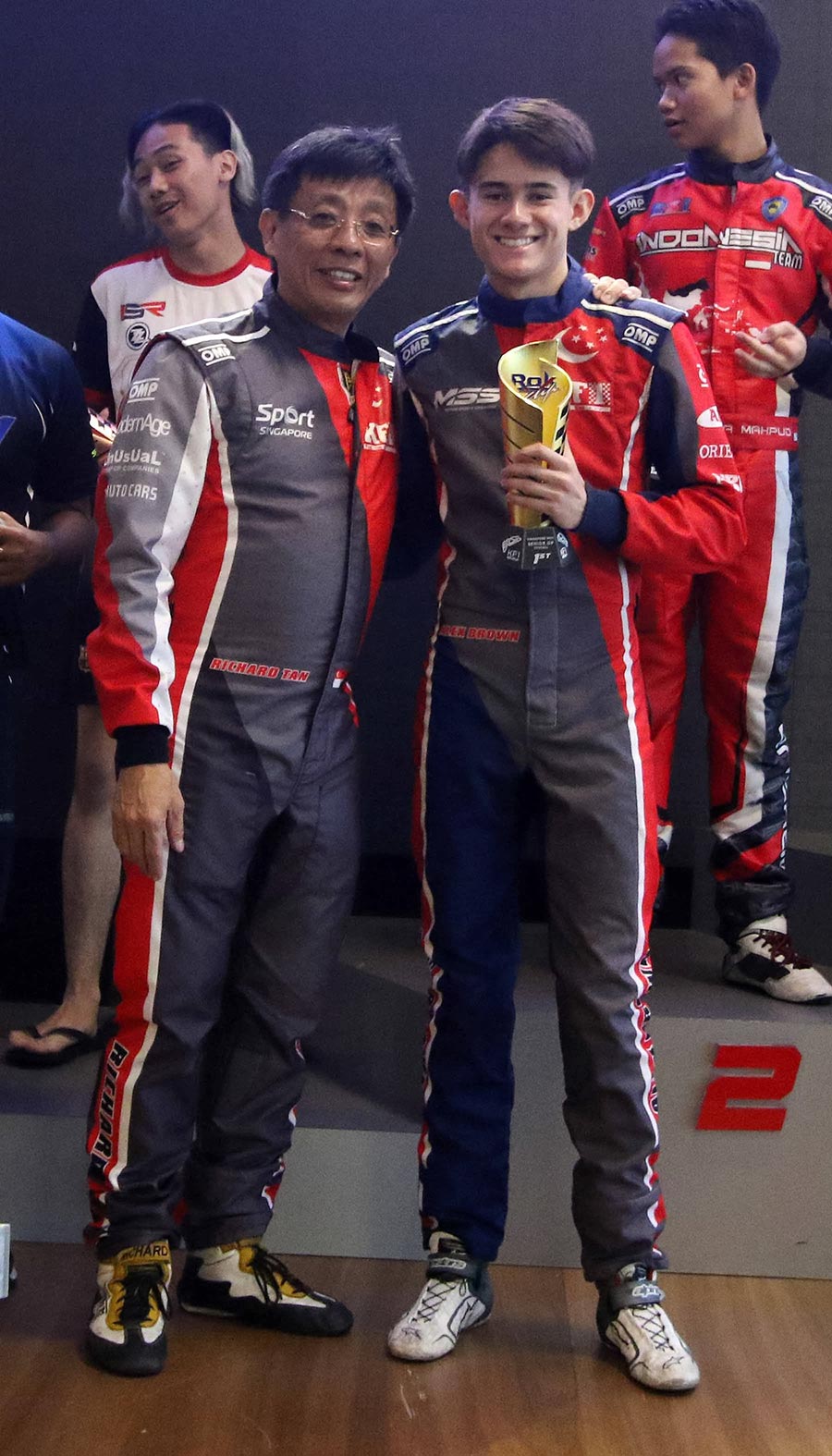