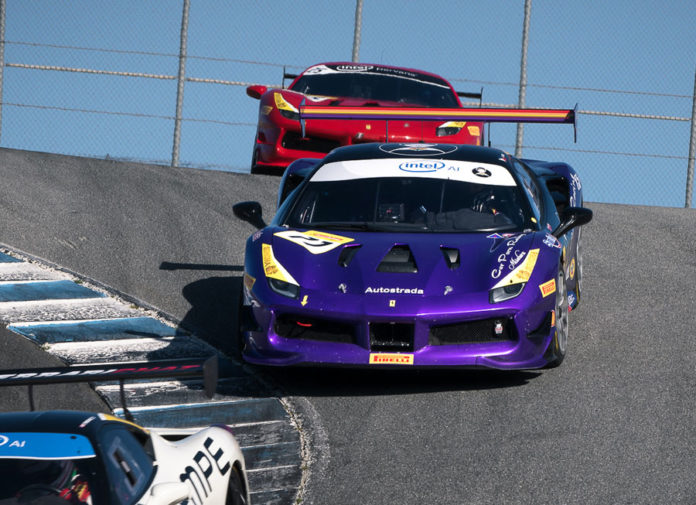 Angie was re-united with her purple-liveried 488 Challenge, this time run under the team of Scuderia Corsa – Ferrari of Beverly Hills. She was also part of a 19-car grid now racing with the pros in Trofeo Pirelli. As this was not her first time around the 3.602 km circuit, she was able to quickly match the pace of the frontrunners. 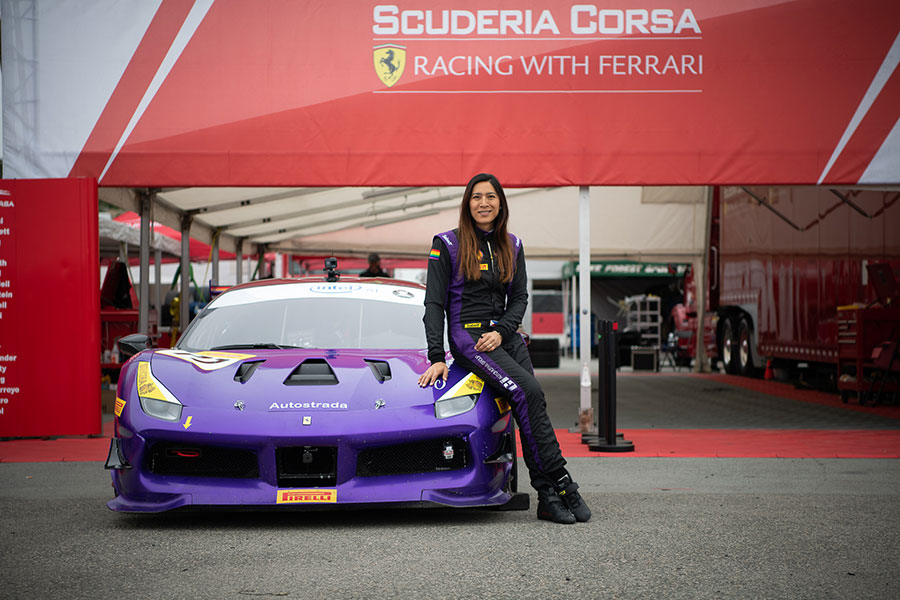 “The track condition changes all the time since the weather is also variable. A little dust makes the track slippery from time to time,” Angie commented. “Going flat over the main straight took me a few tries before I got it. The corkscrew is also something special as you have to accelerate as soon as possible on the downhill to capitalize on gravity. The track is technical and tight as there are a lot of banks and dips and overtaking is very difficult.”

She had a near-miss during Free Practice while gunning for a quick lap. The #77 car shot off into the gravel, but escaped without damage. Unfortunately, Angie wasn’t so lucky during Qualifying on Saturday.

“I was super nervous. New team. New drivers. New track. I wanted to do well, but instead I spun on my out lap on cold tires and damaged the car. I limped back and missed qualifying completely,” she recalled. 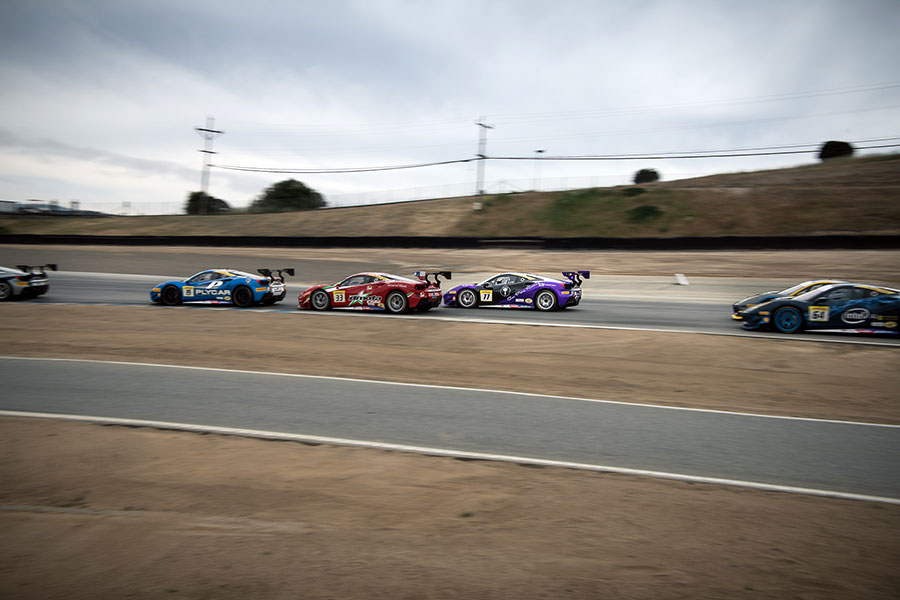 After some quick repairs, Angie eventually made it on the grid and started from P9. She did a stellar job to climb as high as P6 during the 21 lap race and ’til a costly spin undid all her hard work. Putting the error behind her, the lone Filipina driver fought her way back to a 13th place finish.

The following day would yield better much results thanks a rethink in strategy. As compared to Saturday’s aggressive approach, the goal on Sunday was to simply enjoy the race. Angie ended Qualifying in P5 with a lap just 0.936 secs behind the pole sitter.

All the Trofeo Pirelli cars were nose-to-tail for most of Race 2. Although she dropped a spot to P6, Angie managed to snatch a place back during the final lap, on the very last corner to conclude her Ferrari Challenge North America debut with a strong 5th place. 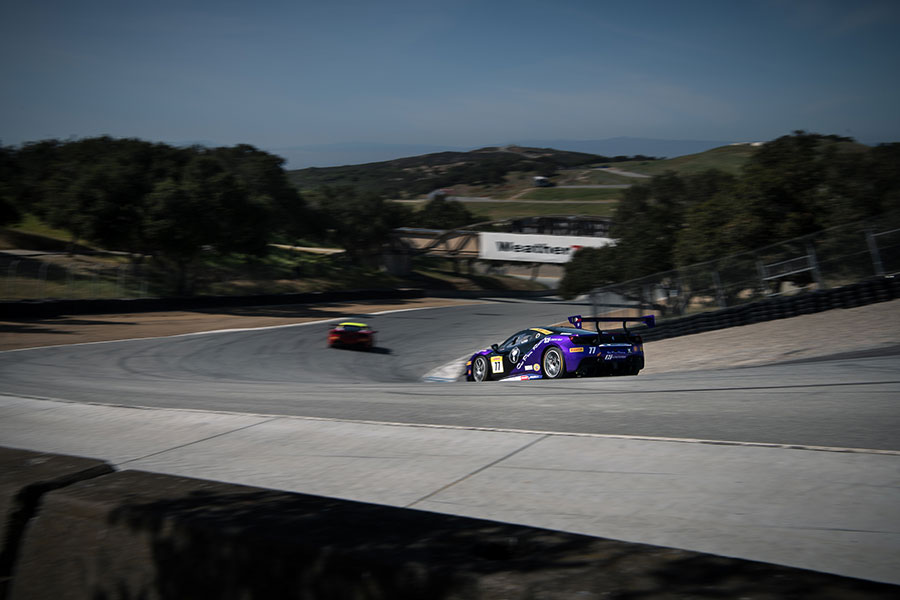 The Ferrari Challenge North America resumes on June 7/10 where it’ll run as a support race to the Canadian Grand Prix at the Circuit Gilles Villeneuve in Montreal.

Angie King: “The drivers in North America are more aggressive and more competitive as we all have different race teams. What’s nice is that the top 8 driver times are all so close together that it’s anyone’s game. I want to thank Scuderia Corsa and Ferrari of Beverly Hills for letting me race with them. Thank you to my team Allan Uy, Struan Wallace, Igor Maminta, and we were missing Marc Soong!” 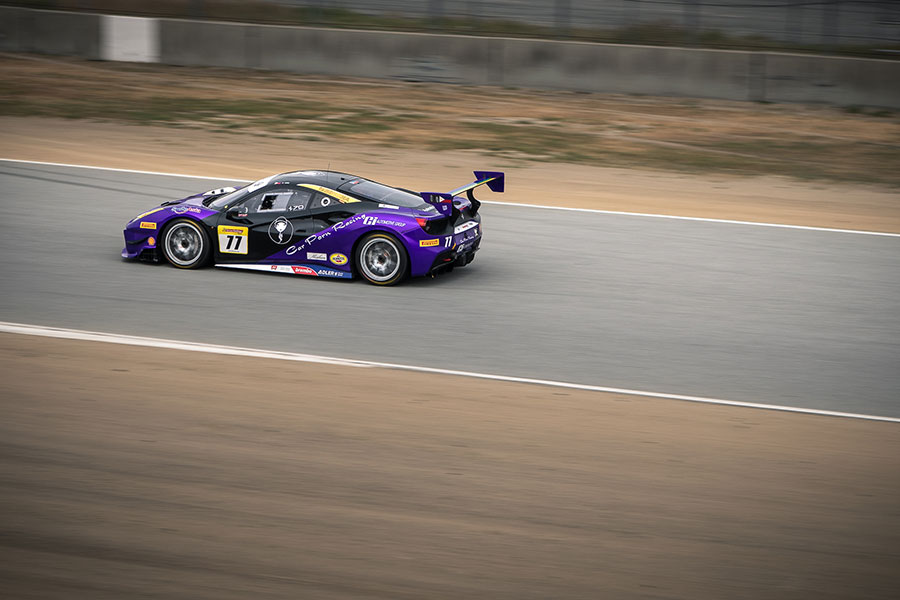 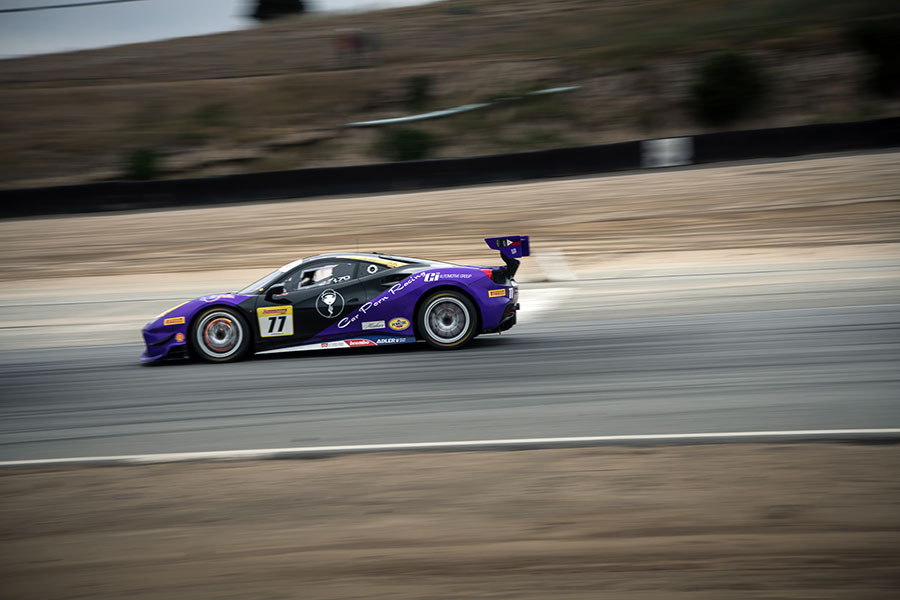 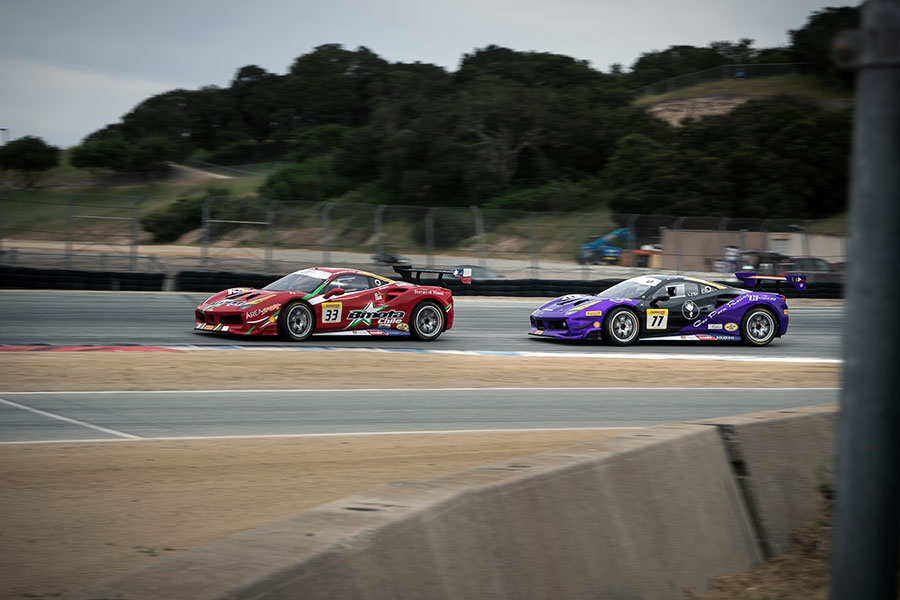 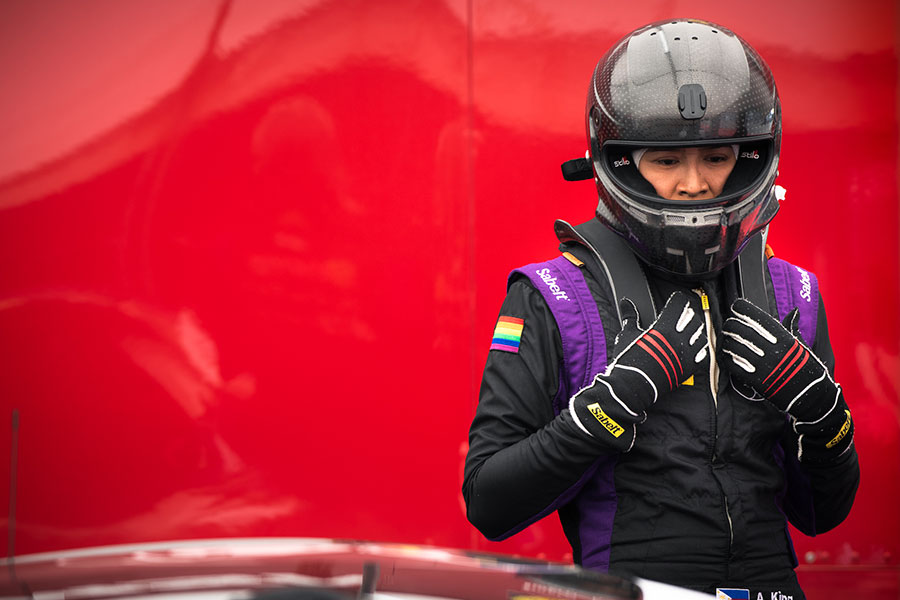 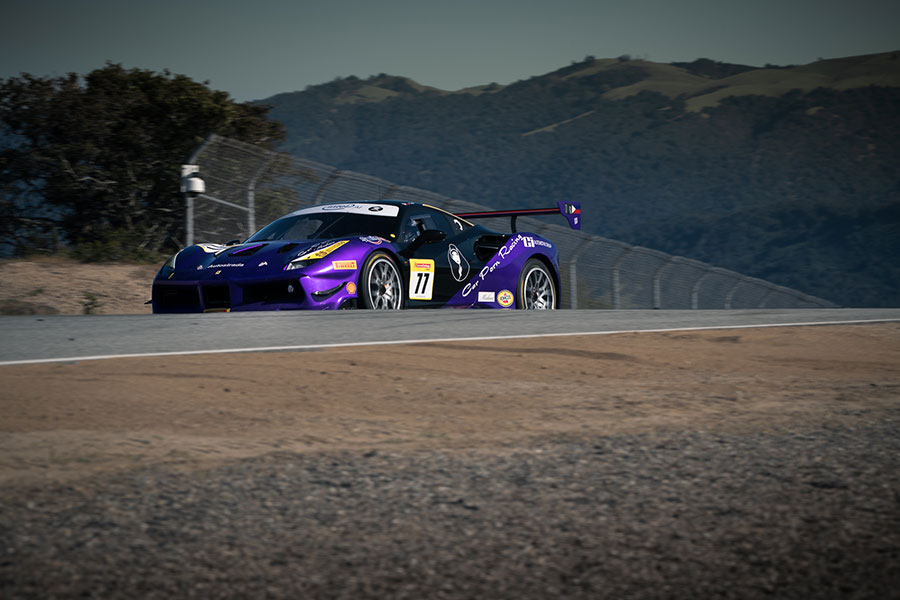 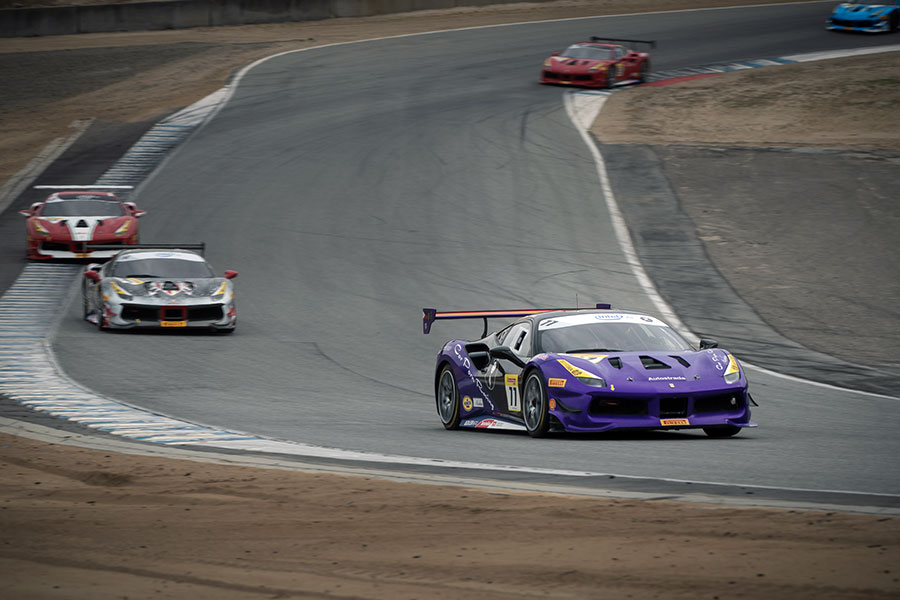 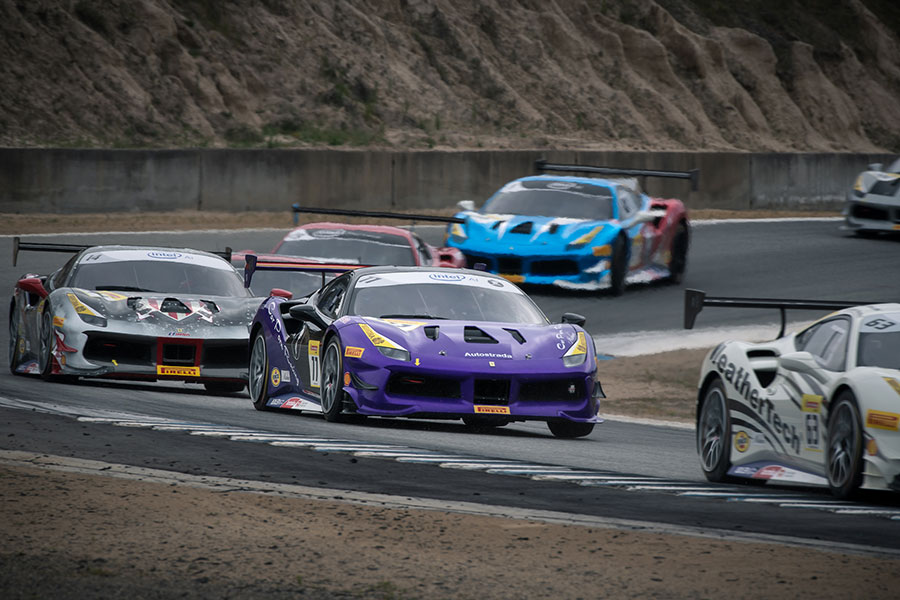