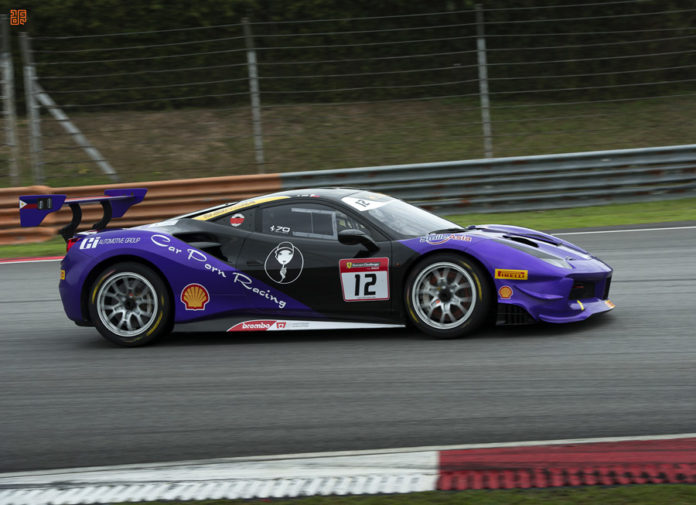 Still fresh from scoring a podium at Fuji, Angie King was back on track when the Ferrari Challenge Asia-Pacific visited the Sepang International Circuit on August 25/27. This time though, she didn’t merely made it onto the podium. She landed on top spot of the Trofeo Pirelli AM class on Sunday.

Angie’s weekend, however, got off to a rough start. She missed several practice sessions after her flight to Malaysia was delayed to due typhoon and only arrived on Friday. But despite the lack in seat time and experience on the 5.543 km circuit, it really didn’t show on the time sheets. She was able to shave seconds off her time at every outing and clocked a 2:10.754 best during Free Practice. 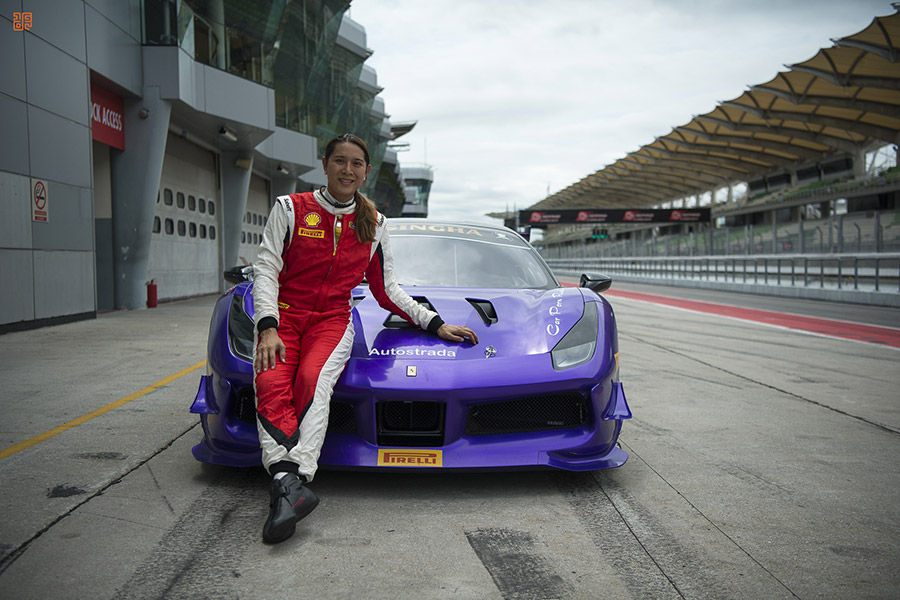 Piloting the purple-livered #12 488 Challenge, Angie then put the car P1 in class and P3 overall on the grid during Saturday’s wet qualifying session. The race took off later that day under overcast conditions with 32 cars racing for the first turn. Right in the middle of the pack was Angie who had a poor start, lost several places, then later spun out. But the race was hardly over.

Courage and determination allowed her to keep fighting, keep driving, and eventually cross the finish line P3 in Trofeo Pirelli AM. Unfortunately, she was handed a 25 sec penalty for making contact with another competitor and wound up in 4th. 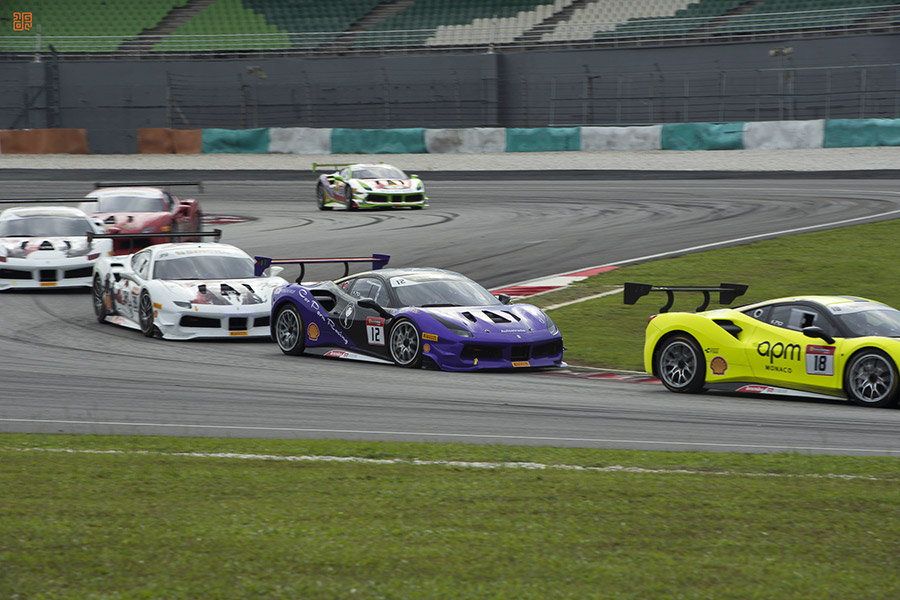 With better motivation, some coaching, and lots of rest, Angie returned on Sunday with a different approach. If the previous day was focused solely on results, this race day was all about having fun. She made a perfect start in Race 2 and moved up to P1 in Trofeo Pirelli AM right after the first corner. It was a race against the blistering Malaysian heat from then on ’til the chequered flag came out after 14 laps.

Angie claimed her maiden win that afternoon, finishing 1st in Trofeo Pirelli AM and 5th overall racing the Philippine flag. 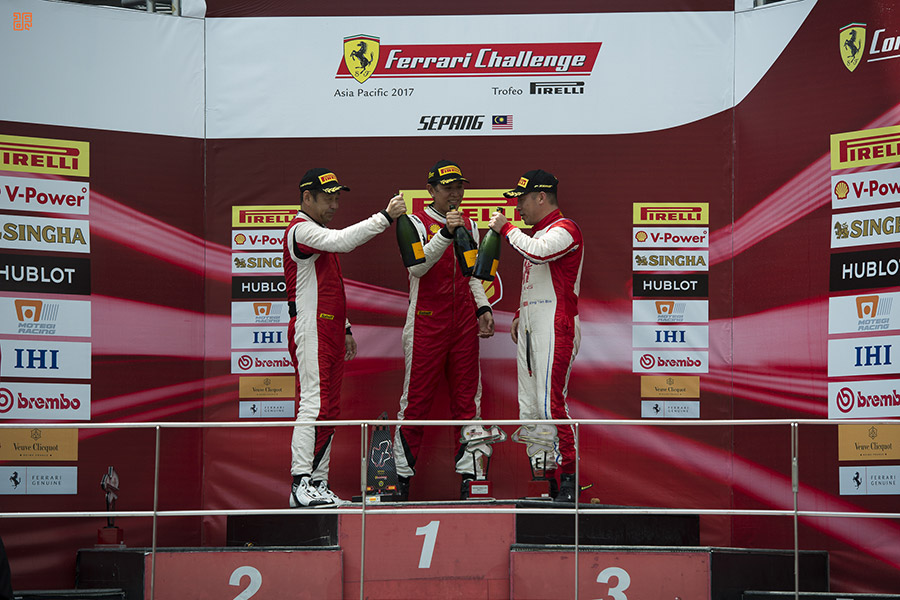 The challenge heads next to the Marina Bay Street Circuit in Singapore on September 15/17 where Angie is waiting for confirmation for a slot on the grid.

Angie King: “I’m floored and amazed at how I was able to play catchup all weekend and achieve victory, specially when it coincided with the SEA Games in Malaysia. We brought home the gold and I’m really happy to represent the country. I’d like to thank Marc Soong and the Soong Family from Ferrari Philippines, coach Allan Uy, videographer Struan Wallace, and photographer Igor Maminta plus the love and support from my wife Joey Mead King. I dedicate this win to my dad, the late Archie King. Also thanks to my engineer Gabrielle, mechanics, and driving coach Christian Colombo, and the people in the organization for making everything run so smoothly.” 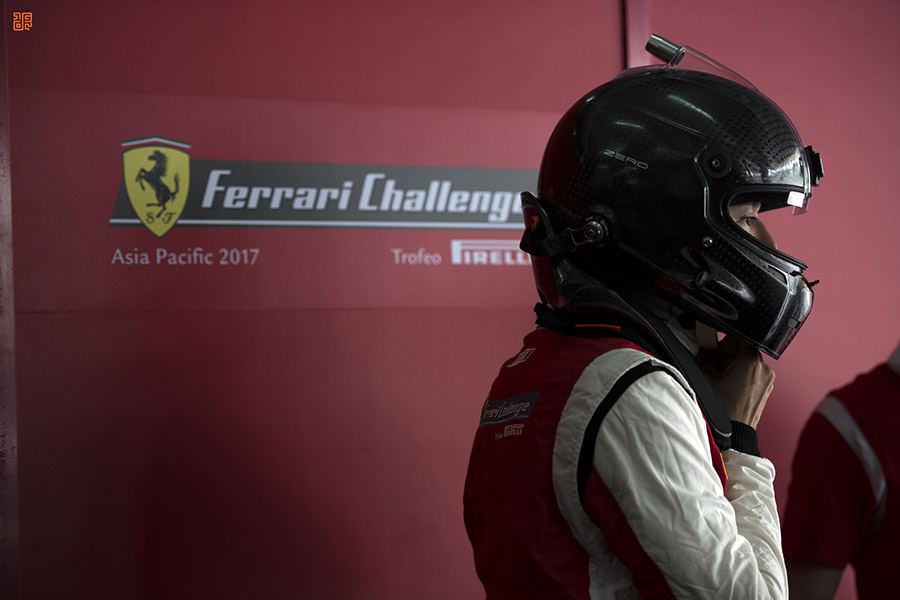 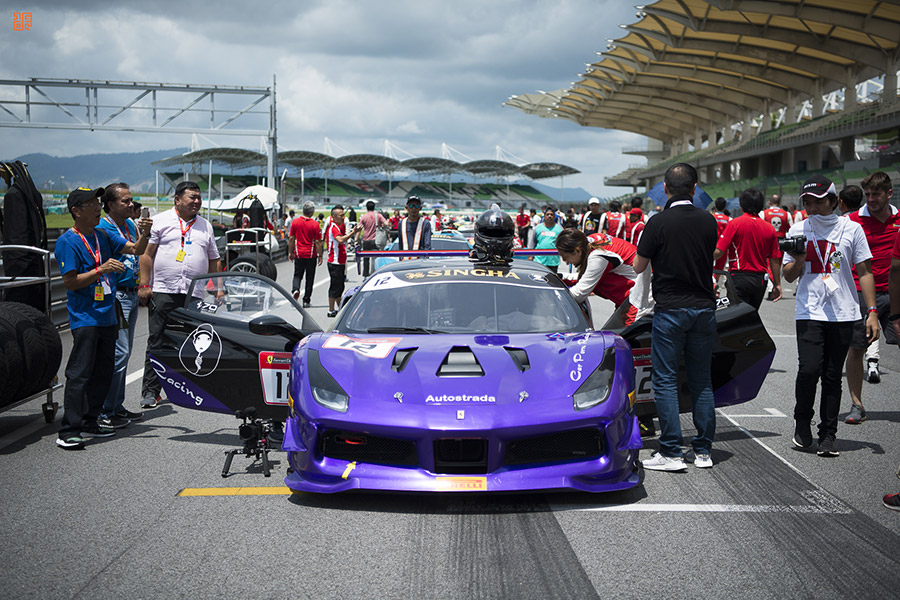 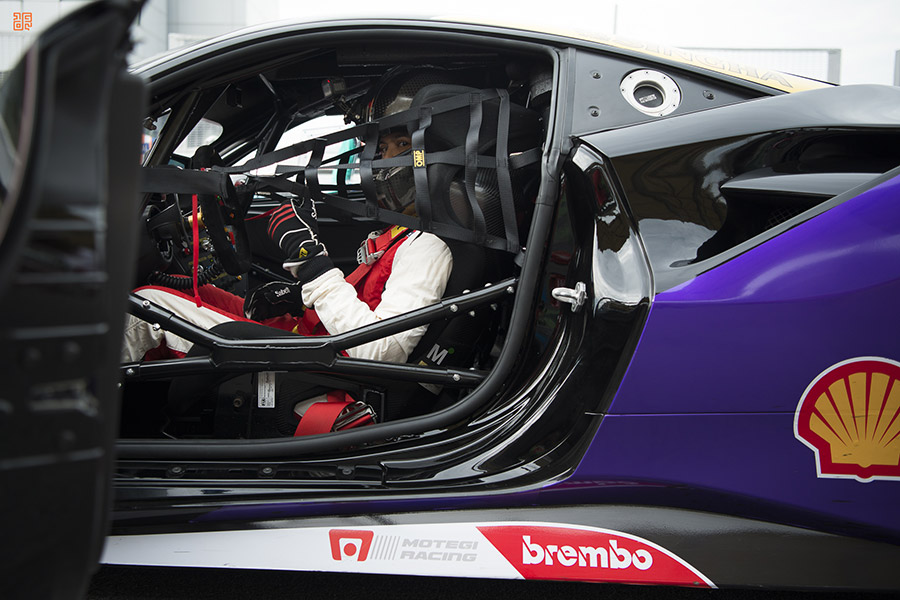 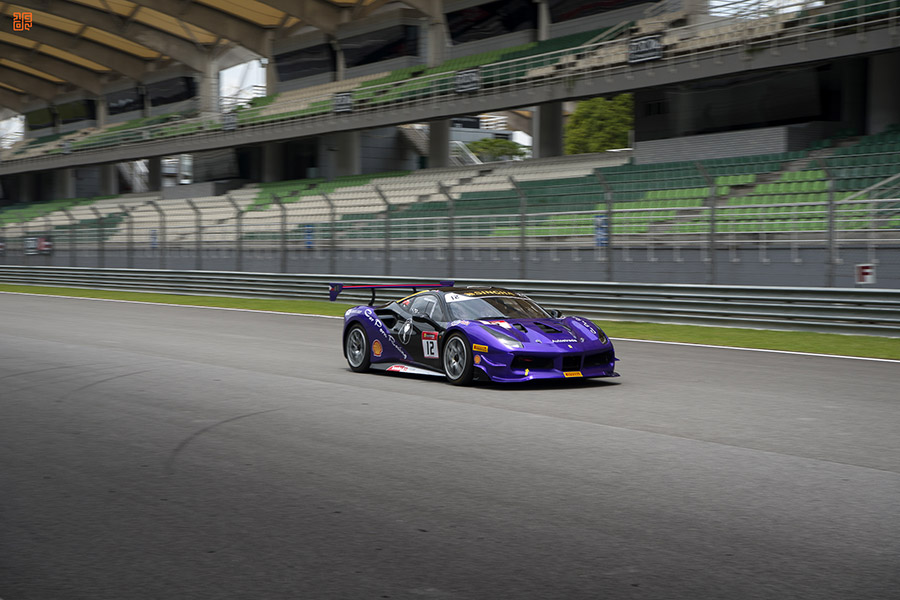 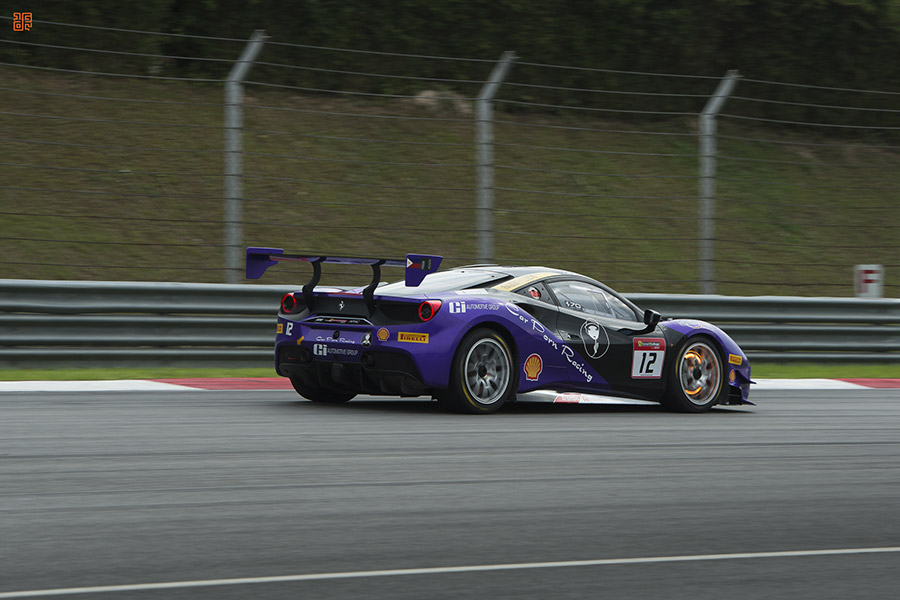 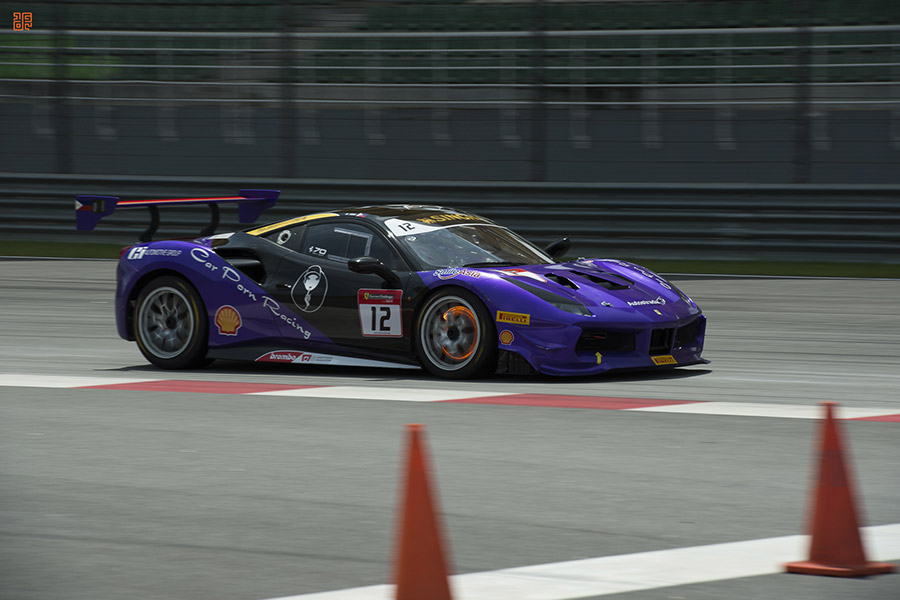 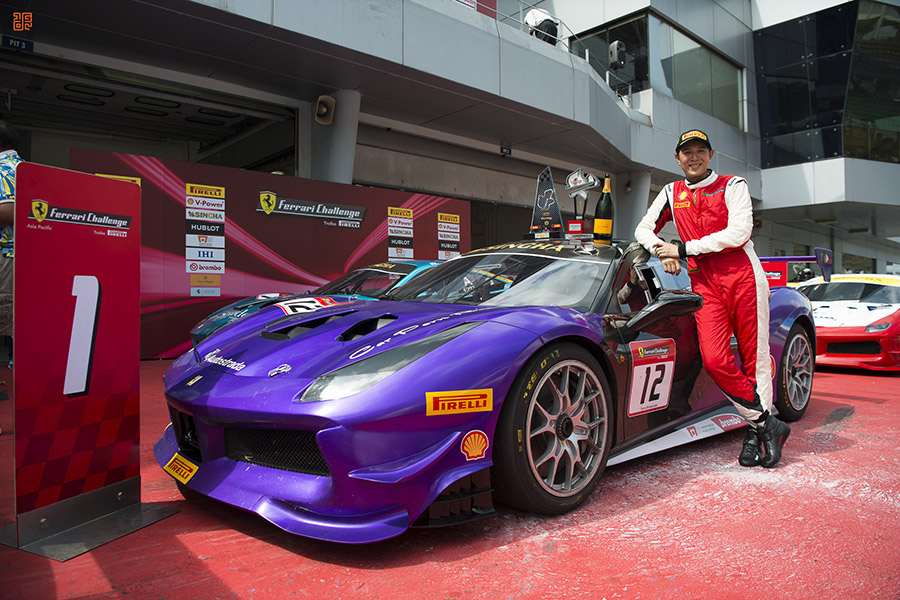 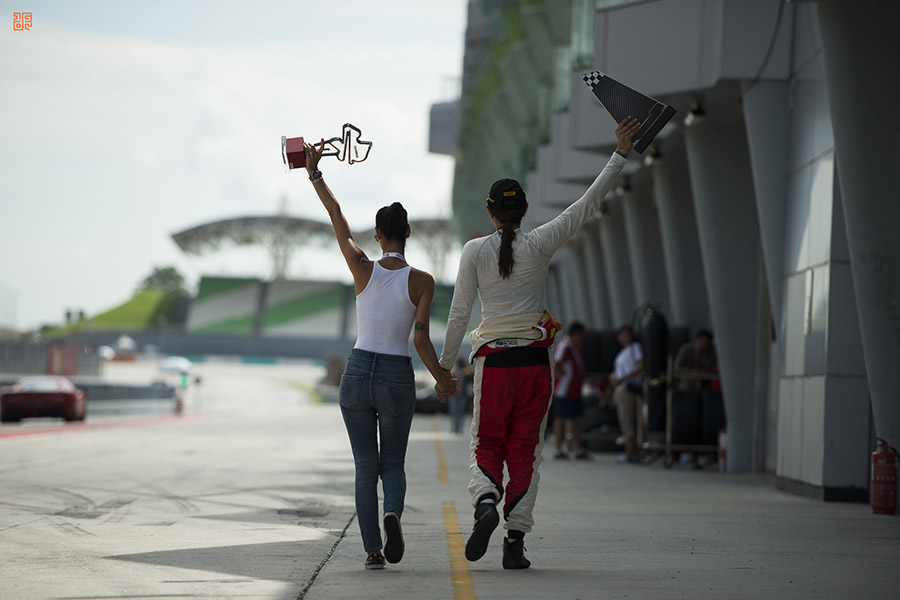