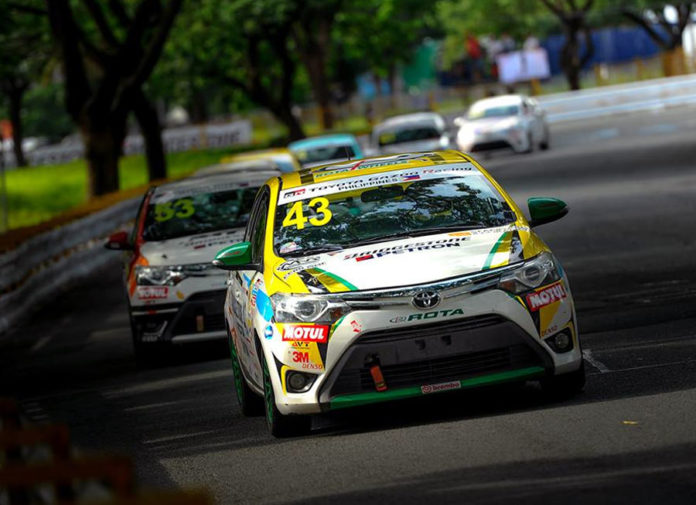 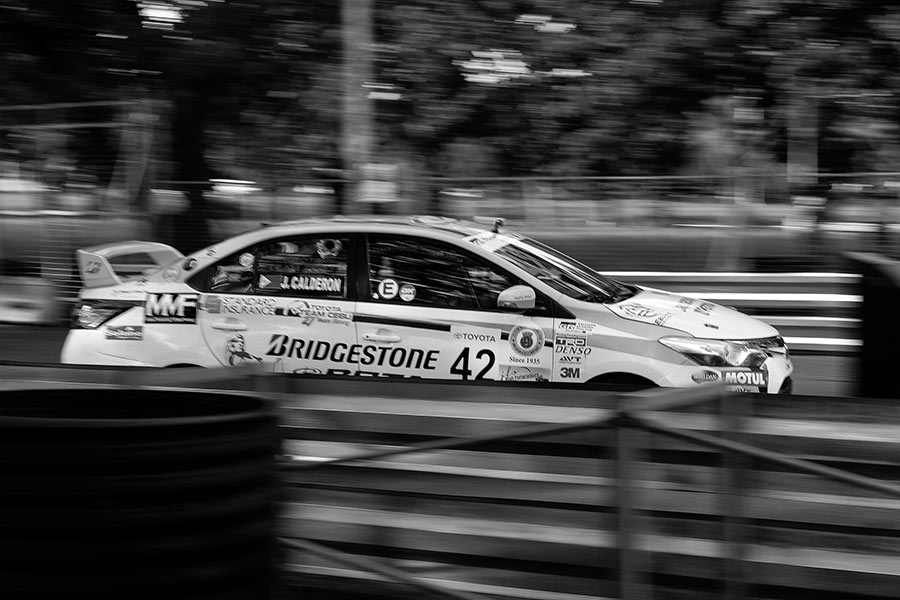 Super Sporting Class
Ace drivers Jette Calderon and Sean Velasco led the team’s assault in the Super Sporting Class. But bad timing and poor track position put Jette in a lowly P15 in qualifying. And on a street circuit as tight as this, overtaking was near impossible and he had to settle for 14th in Race 1. But as luck would have it, the driver of the #42 car was able to evade the a pile-up in Race 2 and slingshot his way from P13 to a podium finishing 5th.

Sean struggled on his very first street circuit experience. He got stuck mid-pack and was unable to make a move in Race 1, eventually crossing the finish line in 8th. The afternoon race was no different for Sean where he lost several spots in the chaos and ended up in 10th. 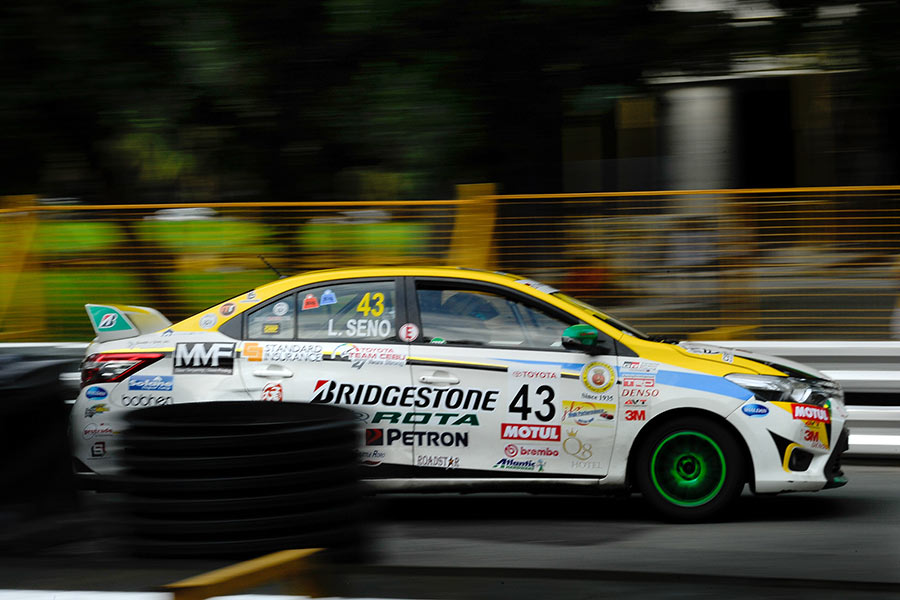 Bridgestone Sporting Class
Things were better for TTC’s Sporting Class drivers. Lord Seno started from P6 and made a brilliant dive to end Race 1 in 5th. Then, a reverse-grid format meant that the Team Captain would take P2 on the grid that afternoon which he easily converted into a win, while setting the fastest lap of the race.

“The track is challenging. You can never take your eyes off of it. It always needs your 110%,” he commented. “Being a street course, there are no run-offs so if you make a mistake, you’re in the barriers.” 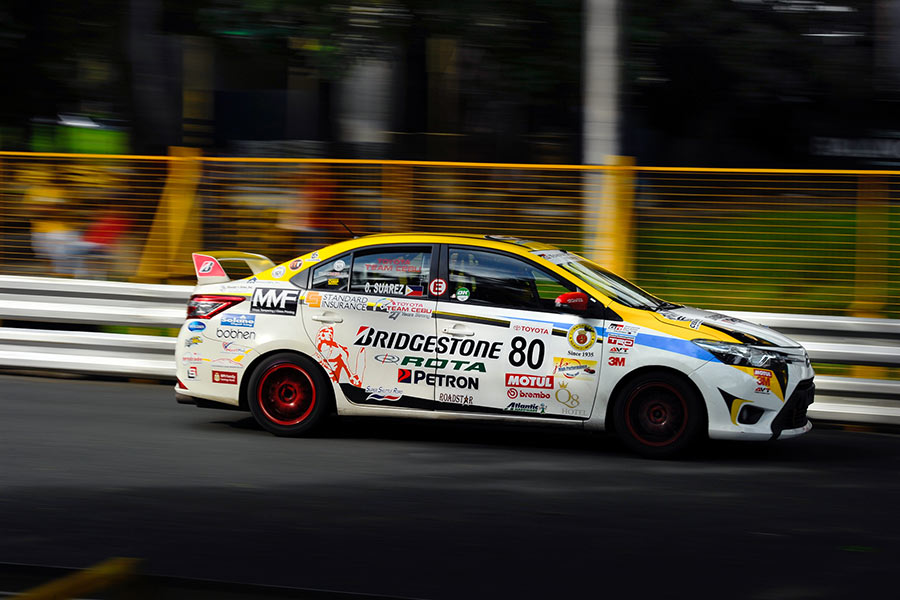 Meanwhile, Oscar Suarez managed to move up a spot in Race 1 to cross the finish line in 7th place. He got a better feel of the track by Race 2 and gained 2 more spots for a 5th place finish. This was a big improvement over his double DNF last May.

Oscar explained: “It’s very difficult to pass anybody in this kind of course. It’s very tight, short, there’s no sense of drafting. You just have to wait for somebody to make a mistake, then take that opening.” 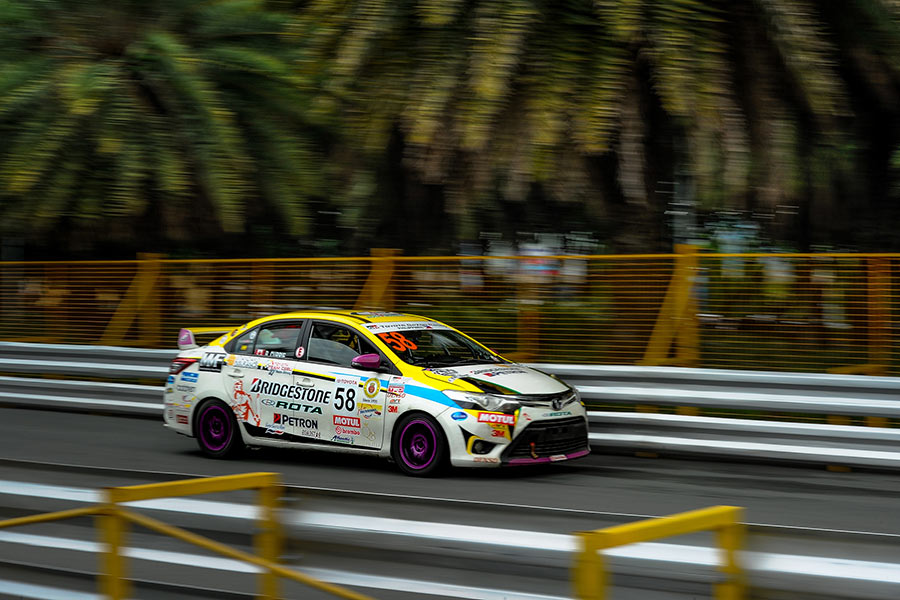 ROTA Promotional Class
Although he had trouble getting into a rhythm at first, Brian ‘The Big Chief’ Currie did exceptionally well on his first street circuit event. He pushed hard to take 6th overall in Race 1 (3rd in Promotional Class), placing him on pole for the reverse-grid later that afternoon. Brian took full advantage of the 2 safety car periods and enjoyed a lights-to-flag victory for TTC. 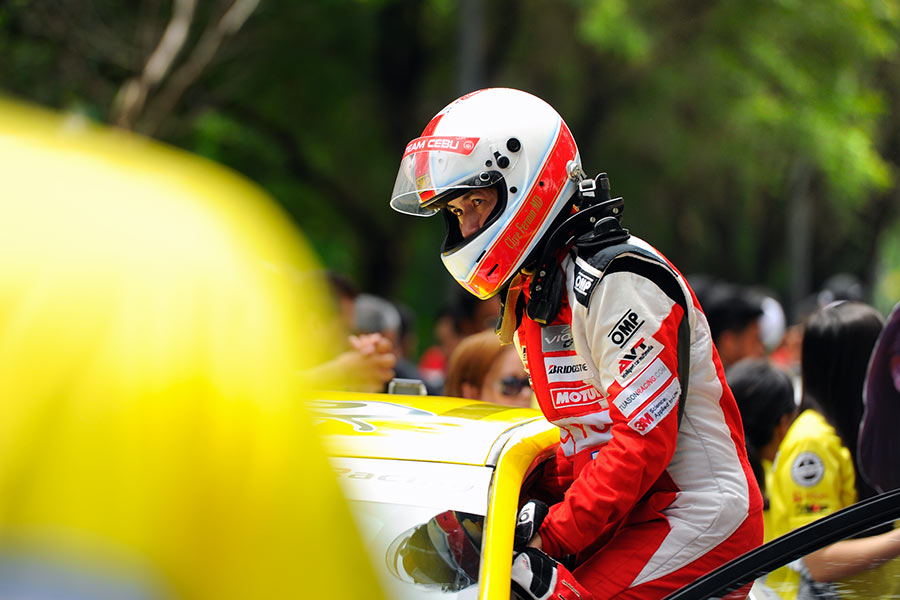 Clive ‘Dr. Speed’ Fermin had to start from P11 after struggling with his car in qualifying. Thankfully, the team was able to set up the #50 car to his liking and gave him confidence on race day. He gained 2 spots in Race 1 to finish 8th overall (5th in Promotional Class). Race 2 yielded even better results where he overtook several cars to conclude the weekend in 6th (4th in class). 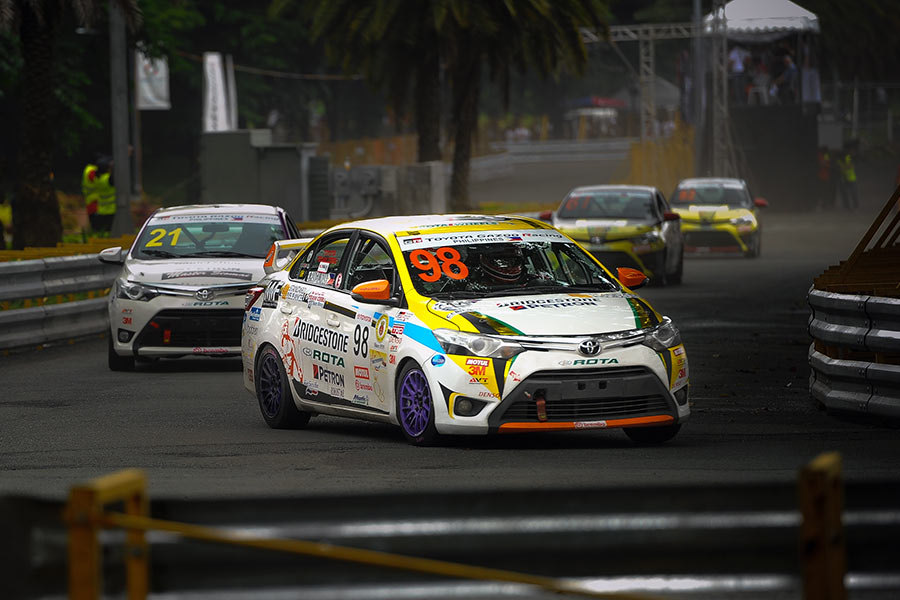 A 10-place grid penalty from the previous round placed Bobby Pangilinan at the back of the grid. But despite this slight setback, he drove his heart out in Race 1 to set the fastest lap, gain 3 places, and take the chequered flag in 12th (9th in Promotional Class). The driver of the #98 machine was also given the Slingshot Award for the most overtakes. It was just unfortunate that he unable to repeat the feat in Race 2 where he took 12th overall (10th in class).

With Toyota Team Cebu’s strong results in Alabang, they were once again presented with the Best Team Award for the second time this season. Oscar Suarez, Brian Currie, and Clive Fermin were also given the Executive Class Award for drivers 50-years-old and up. TTC currently leads the team standings as the Vios Cup returns to the Clark International Speedway on September 21/22 for the season finale. 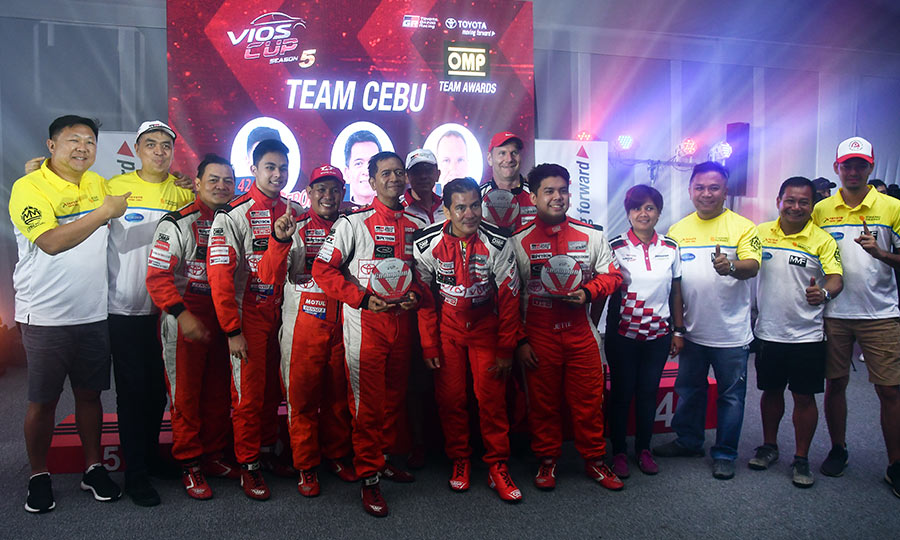 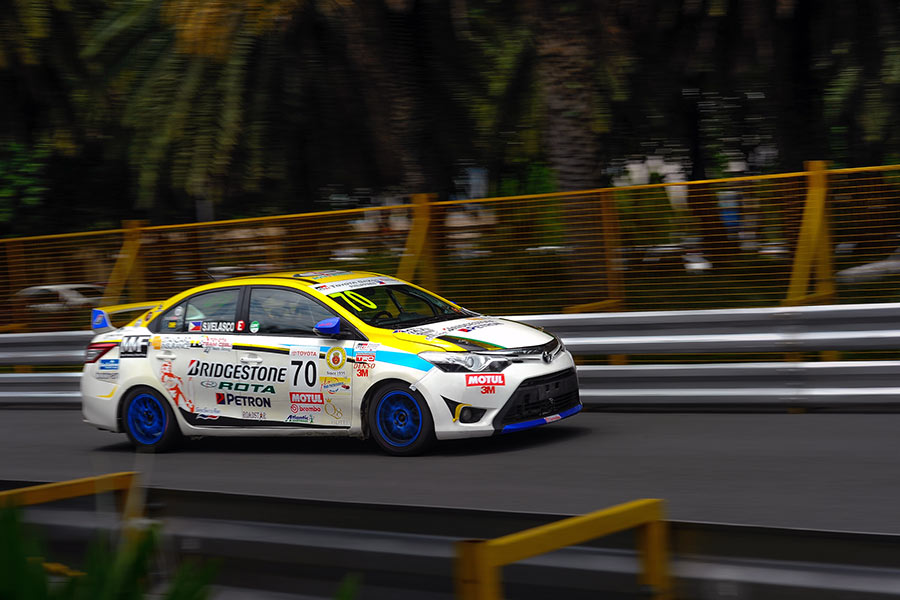 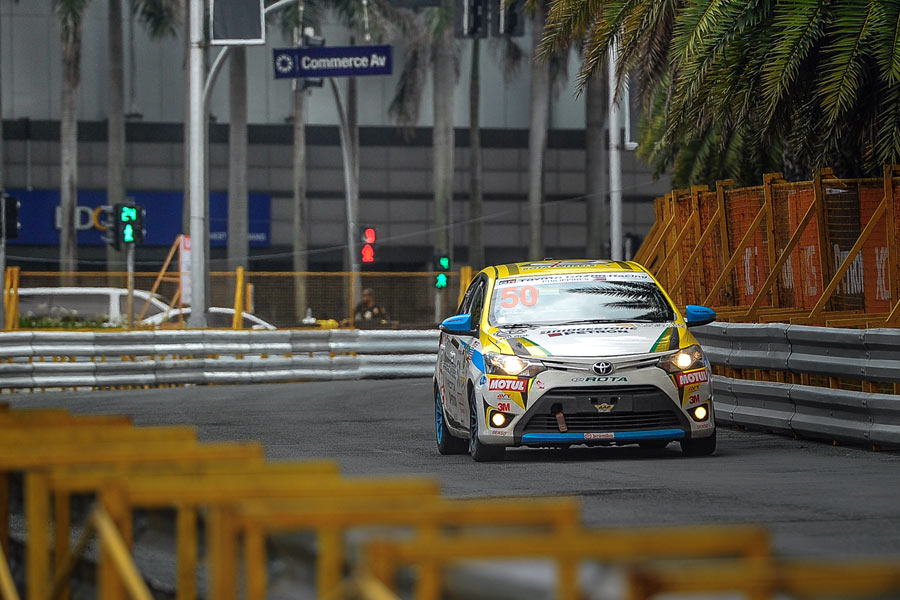 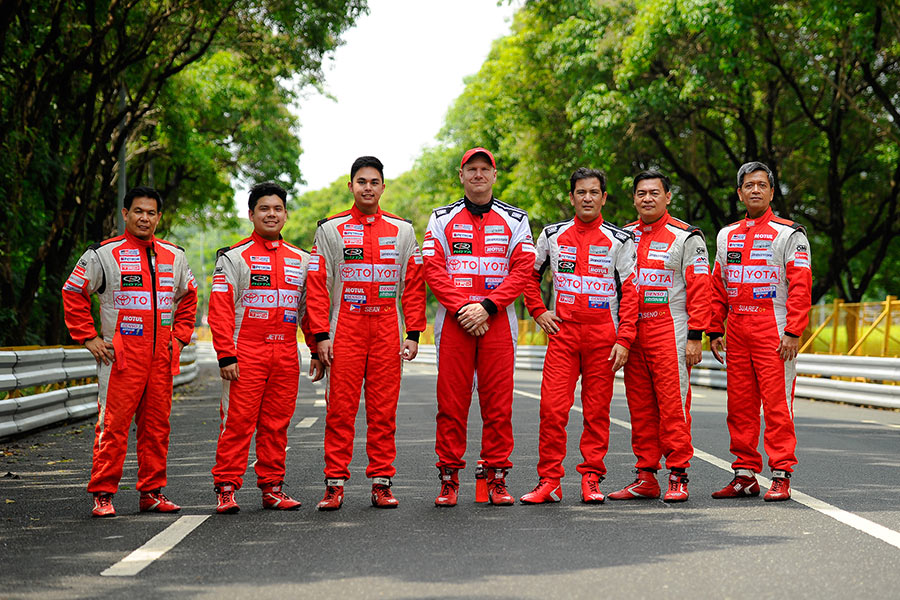 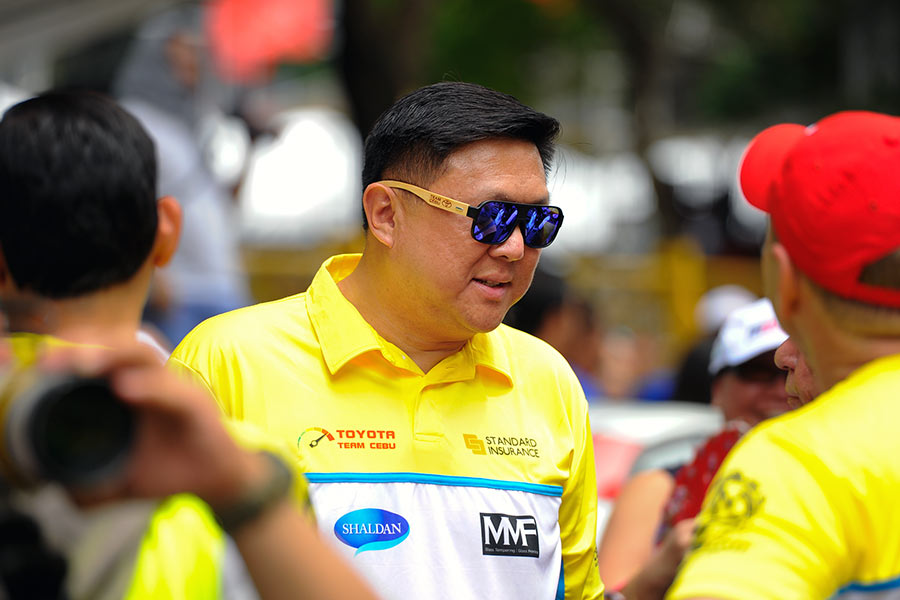 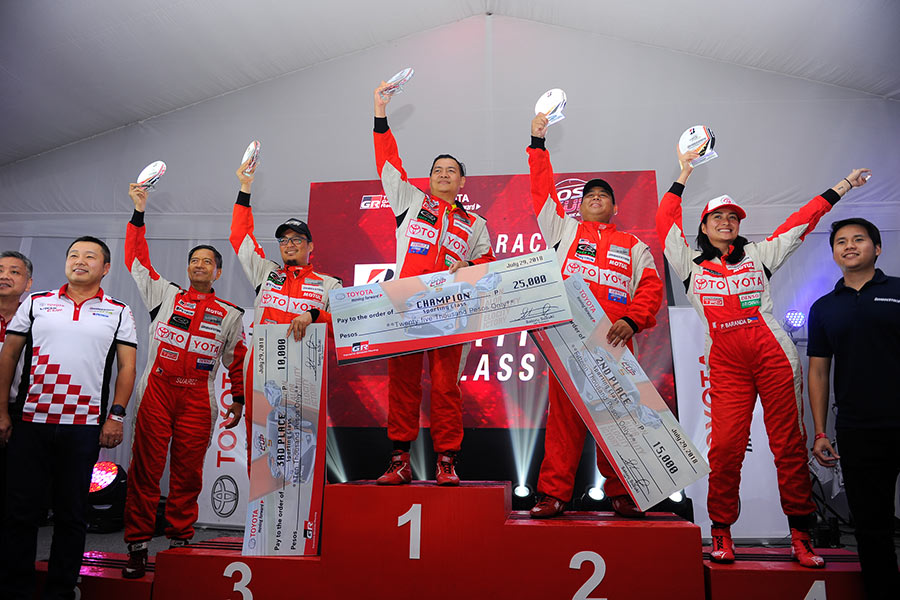 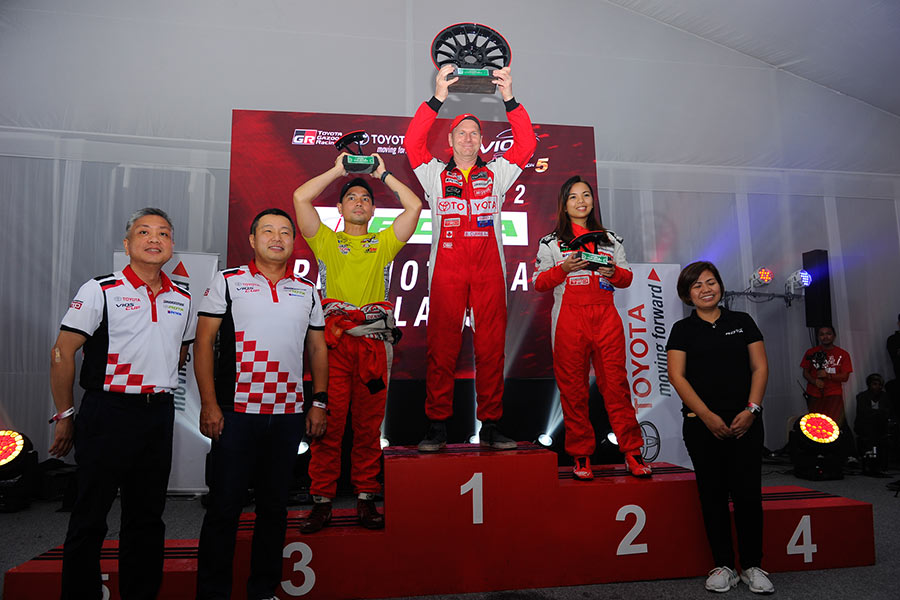