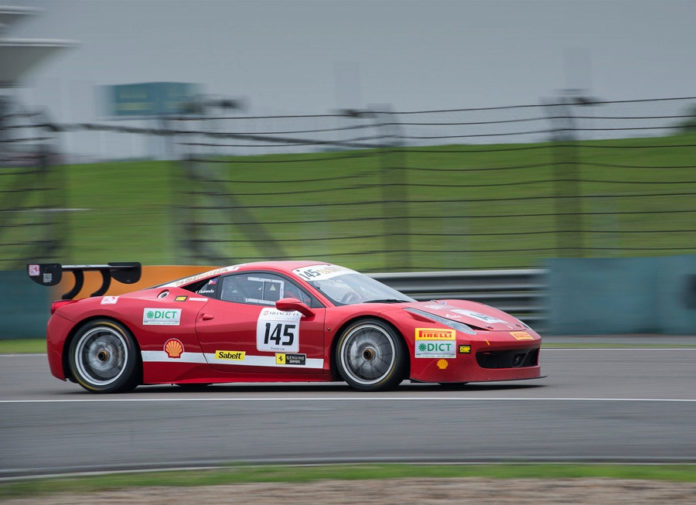 Vincent Floirendo is the Philippines’ lone representative in the 2014 Ferrari Challenge Asia Pacific. He’s had 2 races so far this season, with 1 podium finish. And last June, he raced at the Shanghai International Circuit, China for Round 3.

This was Vincent’s first time to race around the 5.45 km Formula 1 circuit. He admits that getting used to the layout proved to be a bit difficult, especially in turns 1 and 2. Turn 13, which is a big loop that leads to the back straight, was also a challenge as it required a good exit, shifting from 4th to 5th gear before reaching a top speed of 280 km/h in 7th gear. Then, drivers had to brake hard to make it through the 2nd gear hairpin turn.

“I’m sure you can imagine,” said Vincent. “The straights are even faster compared to Sepang.” 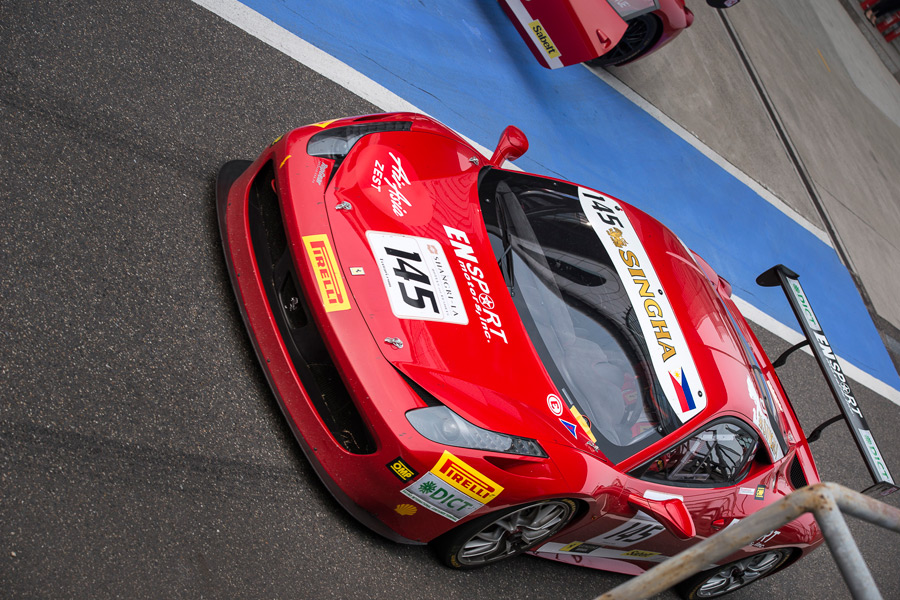 Despite having only a day of practice, Vincent was able to match the time set by Coppa Shell championship leader David Tjiptobiantoro in Free Practice 1. He clocked in a best lap of 2:12.180 after putting on a new set of Pirelli P Zero Slicks. Unfortunately, he could only manage a 2:13.366 in qualifying, which put him 4th in class and 11th on the grid overall.

In Race 1, Vincent explains that he was bottled up behind some cars for the first 6 laps.

“We were like a train,” he recalled. “Everyone was bumper-to-bumper with around 7 to 8 cars dicing against each other. I was driving cautiously not be involved in a another racing incident. I just wanted to finish the race and accumulate points.” 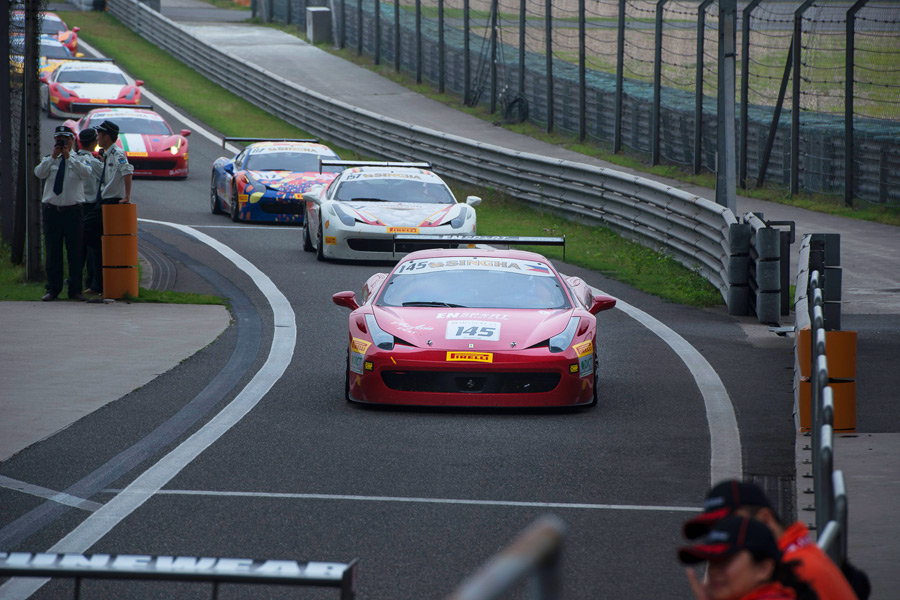 He would then qualify 14th on the grid for Race 2 on Sunday.

“I was conditioning myself not to think about race 2 and felt more relaxed. For me, the more I think about the race, the more I get stressed, and the more mistakes I make. Just focus on driving and be consistent,” he said in an interview with Time Attack Manila.

True enough, Vincent was able to pass several drivers in front of him who made mistakes during the race. He would eventually finish in 5th place in the Coppa Shell class and 13th overall. 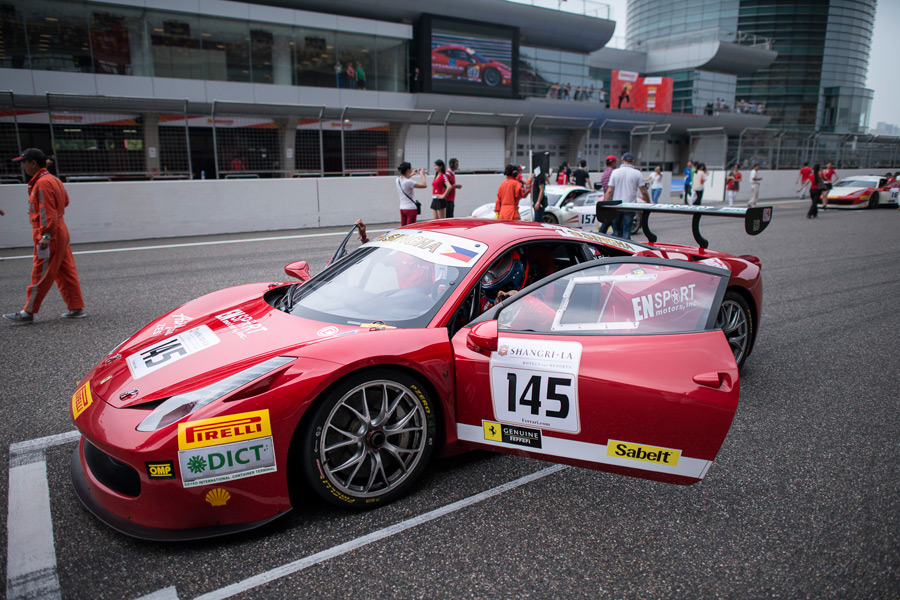 The 46-year-old driver had a great weekend racing in Shanghai and was happy to have completed the race weekend with no incidents. Although he’s still learning how to get the most out of the 458 Challenge EVO, Vincent is determined to earn points throughout the season.

Vincent ‘Enteng’ Floirendo is now preparing for the fourth leg of the 2014 Ferrari Challenge Trofeo Pirelli happening on July 18 to 20 at the Inje Autopia Circuit, South Korea. We’re wishing him the best. 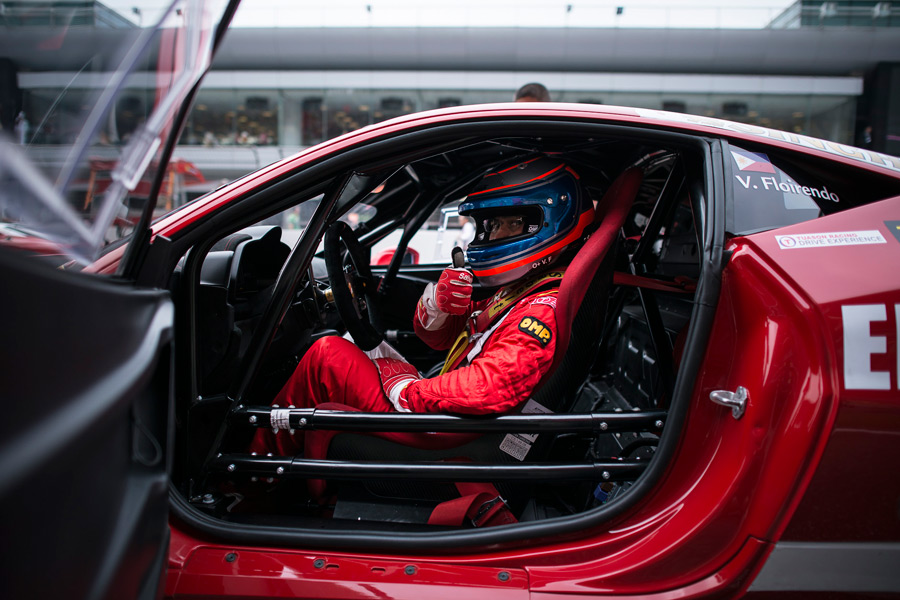