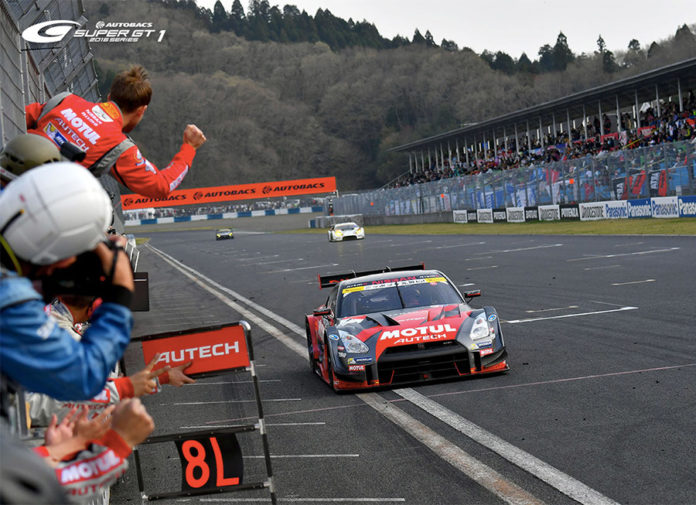 The Nissan GT-R has been a dominant force in the Super GT Championship since it joined the grid in 2008, replacing the aging Fairly Z. It has won the GT500 title 5 times out of 8 attempts and NISMO’s start to the 2016 season look promising for yet another banner year the mighty GT-R.

The stage for Round 2 was set at the Fuji International Speedway last May 3/4. Staring 4th on the grid, Ronnie Quintarelli held onto his position as he battled with an additional 40kg ballast on the no. 1 Motul Autech GT-R – a weight penalty incurred for winning the opening race in Okayama.

The Italian driver would move up to 3rd before handing it over to Tsugio Matsuda on lap 39, stopping for fuel and a tire change. 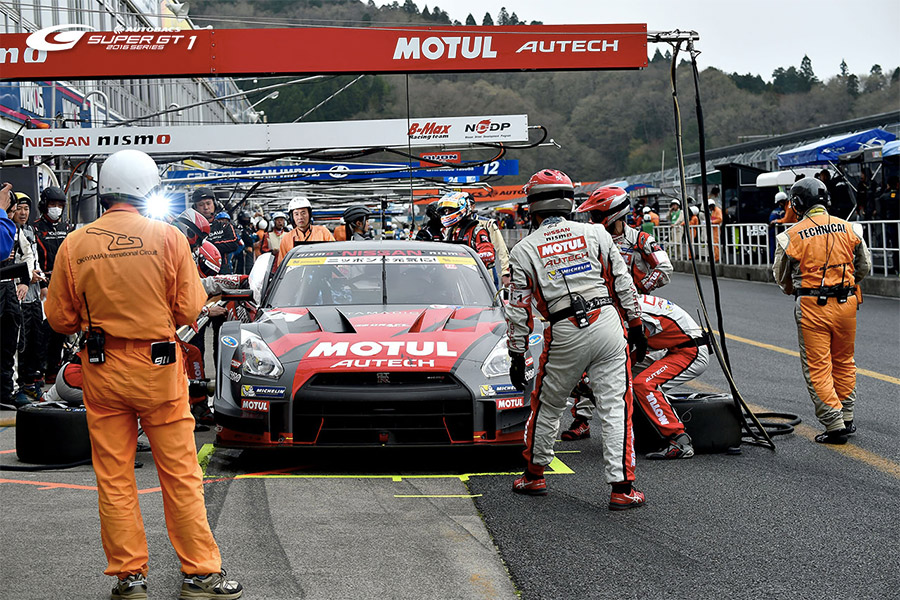 Everything in the race was going as planned until the Safety Car (SC) had to be deployed on lap 72 due to track debris. This prompted most of the top teams to pit in on lap 78. Matsuda, on the other hand, stayed out for another 4 laps. The strategy allowed for a quicker stop as they only needed to refuel for the remaining 29 laps.

When Quintarelli went out on his final stint, the no. 1 Motul Autech GT-R was now in 1st place.

The fight, however, wasn’t over. JP de Oliveira in the Impul Calsonic GT-R snatched the lead on lap 96. But with only 4 laps to go, the no. 12 car suffered a tire puncture and spun off course. This gave 1st back to Quintarelli who went on to score the team their second victory in a row. 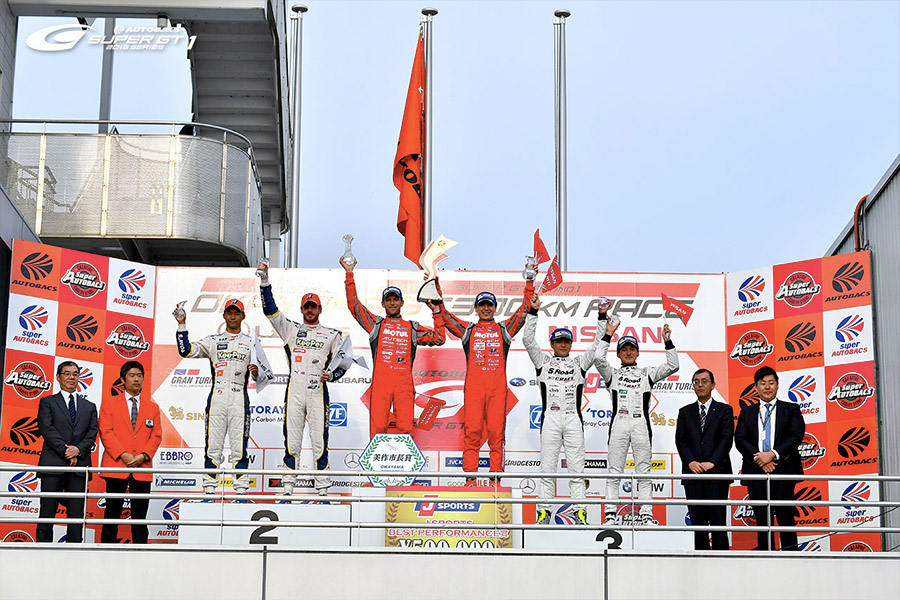 Mirroring the GT-R’s success in GT500, the no. 3 B-MAX NDDP GT-R also won in GT300 scoring the team’s first win of the year. GT Academy winner Jann Mardenborough started 5th and moved up to 3rd on his opening stint. He then stayed out longer than the other teams, putting them in the lead by the time they made their pit stop.

Quick work by the B-MAX NDDP crew pushed the no. 3 GT-R back into 1st place once it got back on track, now with Kazuki Hoshino behind the wheel. They led for the remainder of the race, managing to hold back the hard-charging no. 55 ARTA BMW M6 GT3, and finished with a mere 3.749 sec advantage after 102 laps. 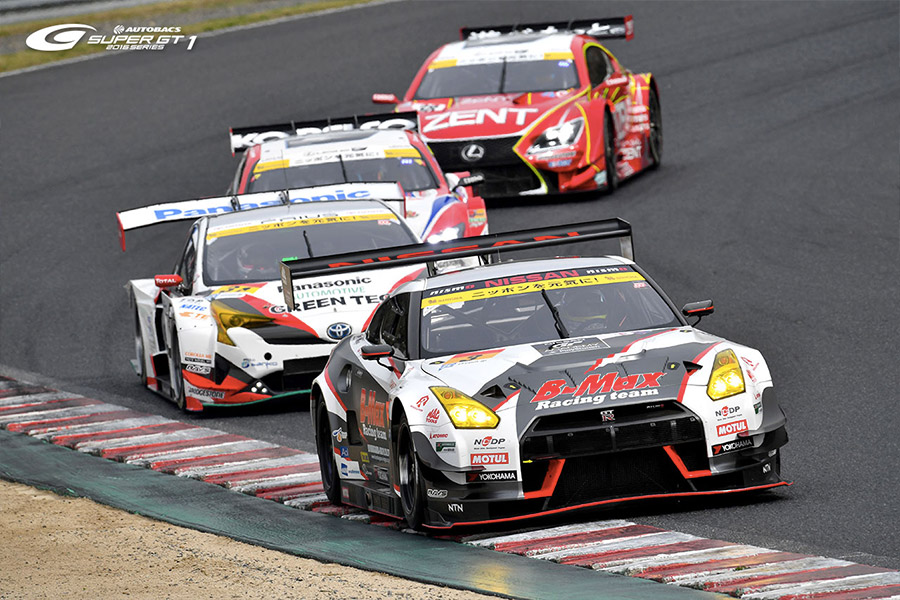 Ronnie Quintarelli, No. 1 Motul Autech GT-R Driver: “We went into this race carrying 40kg of handicap weight, so I paid close attention to tire management when driving in the first stint. The team made a really good judgment with the pit stop timing. Tsugio went out for his stint with a full tank, which would have been pretty tough due to the weight, but he did a great job. For our final stint we were able to keep the refueling time down to a minimum, put the car out as light as possible, and this enabled me to push as hard as I did.”

Jann Mardenborough, No. 3 B-MAX NDDP GT-R Driver: “I feel great to be able to take victory in my second race in the Super GT. Kazuki and I both carried out a good race with no mistakes so I’m happy about that. The conditions were quite hot, the track temperature was pretty high, but our choice of tires stayed pretty consistent throughout our stints and in the last few laps we still had a good pace. It’s a shame about Autopolis but I’m looking forward to racing at SUGO, a track I’ve never been to before.”