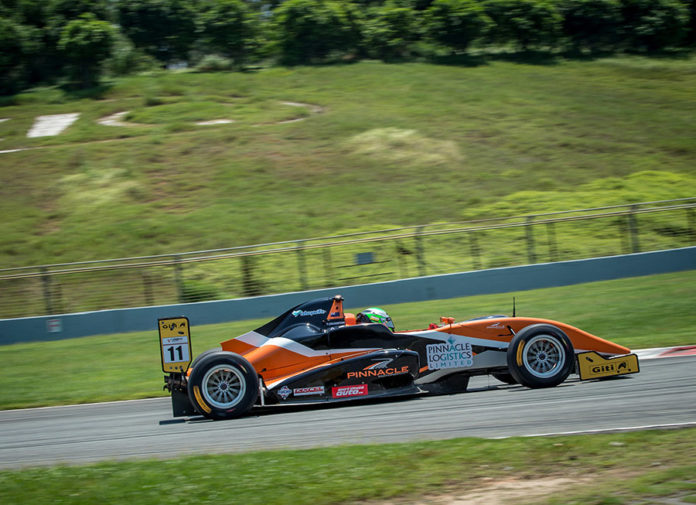 Nothing beats seeing both your drivers on the podium. That’s how Pinnacle Motorsport wrapped up their weekend at the Formula Masters Series’ (FMS) penultimate event at the Zhuhai International Circuit.

Things were very wet and cold last time these guys visited the track in June. In contrast, the Philippine-licensed team was greeted by soaring temperatures on July 28/30. That made car setup tricky, but Taylor Cockerton and Ben Grimes managed just fine. The New Zealander qualified P3 and P5, while Filipino British driver Ben ended the sessions in P4 and P8. 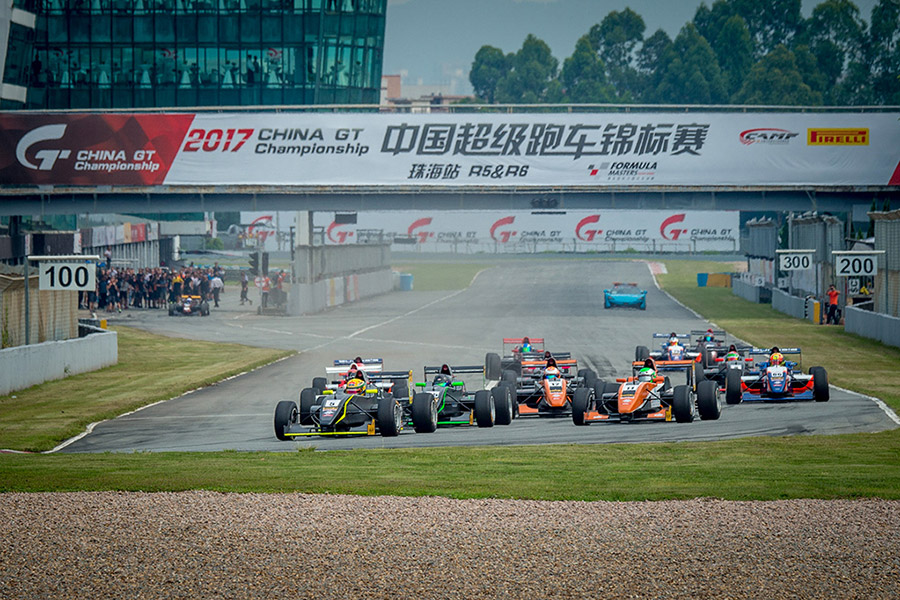 Both drivers started on the second row of the grid in Race 1. Together, they chased after the Absolute Racing drivers for the lead. Taylor managed to gain a position and ended the 12-lap race in 2nd. His teammate Ben, on the other hand, crossed the finish line only a few seconds behind in 4th.

However, their slow lap times in the morning meant they took off in Race 2 from the back of the field. Though not the ideal of starts, Ben drove aggressively as the lights turn green and moved from P8 to P4 by the first corner. He picked up another spot a few laps later to take 3rd place, claiming his maiden podium finish in FMS. Taylor struggled in 5th but earned valuable points for the championship.

Taylor and Ben were back on the hunt for Race 3 on Sunday. Taylor got a good start, propelling him from P5 to P2 in only a few laps. It was also impressive was how Ben managed to work his way through the field from P8 to P3. Both drivers then built a gap from the pack, finishing the race with Taylor in 2nd and Grimes in 3rd. This concluded Pinnacle Motorsport’s weekend in China with a season’s best 2-3 finish. 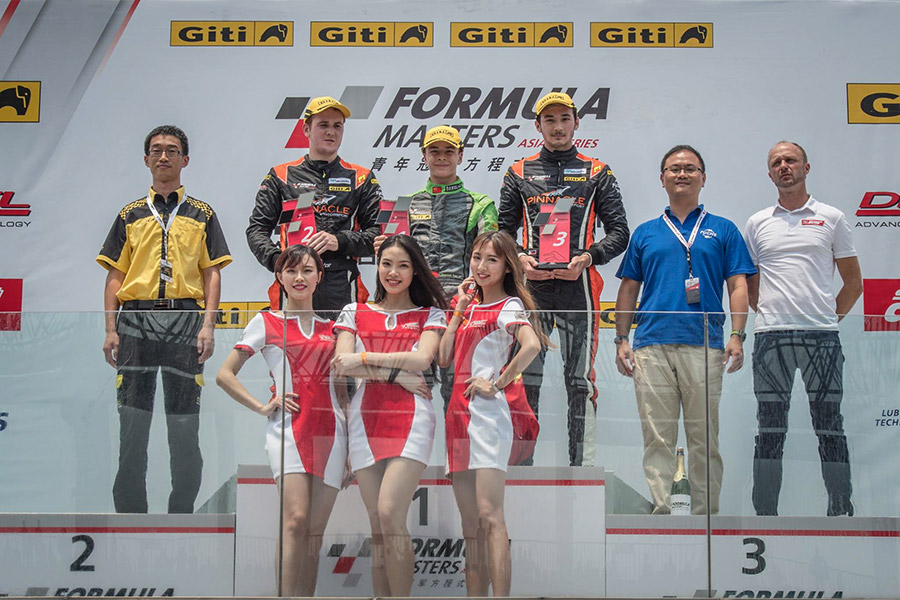 There’s going to be a long 2 month break before the next Formula Masters Series race in September at the Shanghai International Circuit. When that happens, Taylor will be fighting for the Drivers’ Title as he heads to the season finale with only 16 points separating him and the championship leader. Ben, on the other hand, is now eyeing a Top 5 finish in the standings to cap off his impressive single-seater debut. As for Pinnacle Motorsport’s third driver Antolin Gonzalez, the Spaniard is expected to return in the next round after missing out on this event.

Taylor Cockerton: “I’m very happy with the weekend. On paper our results were not excellent, but I think we have made a big improvement on pace in the dry. We’re also a lot closer to taking the championship lead, which will be very important going into the final round in Shanghai. I’m already pumped for the championship decider in September!”

Ben Grimes: “What a weekend! The best of the season for me by far with 2 podiums and a 4th place. I’m incredibly grateful to Pinnacle Motorsport for their hard work all weekend. I’m also proud to have been part of the team’s best finish this year in a 2-3 finish in Race 3. Great job to Taylor and looking forward to more podiums in Shanghai.” 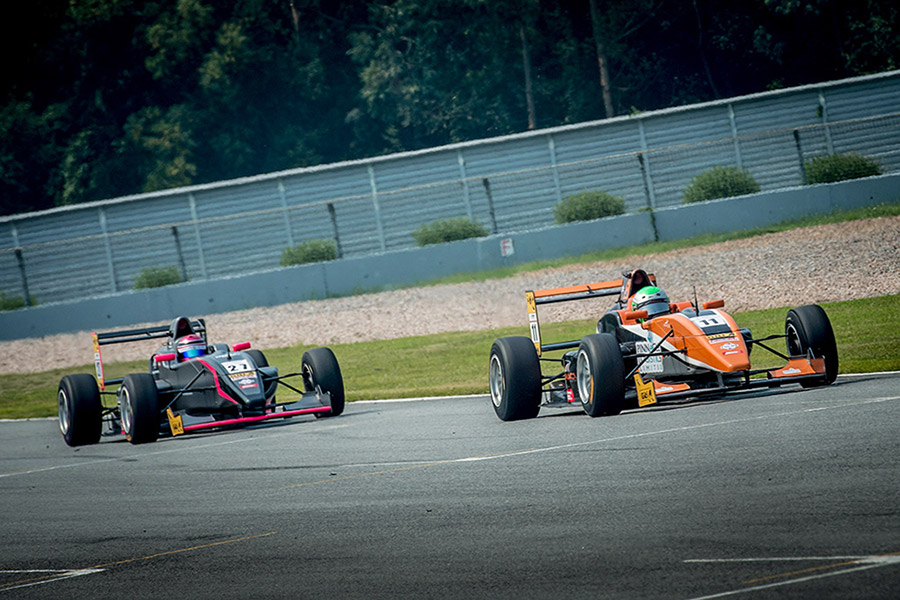 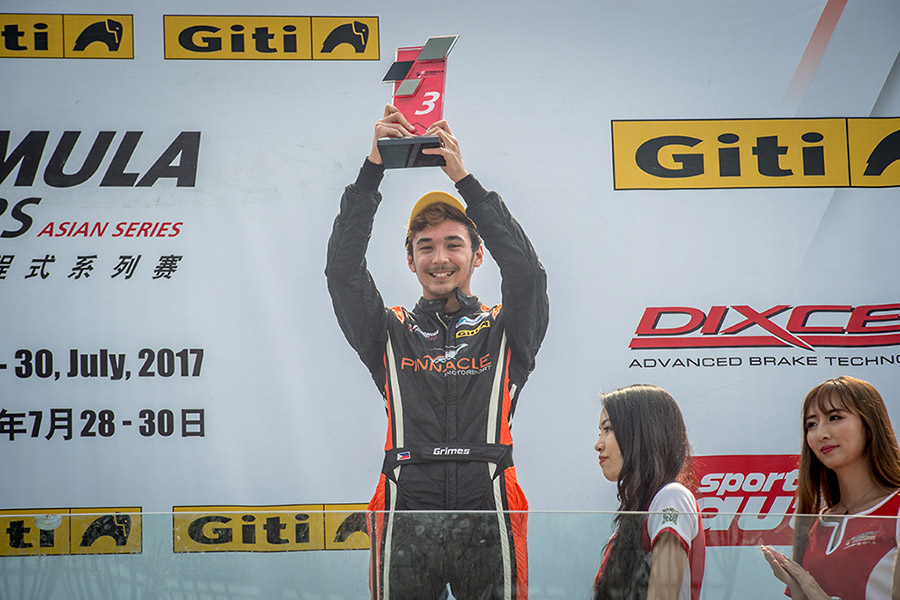 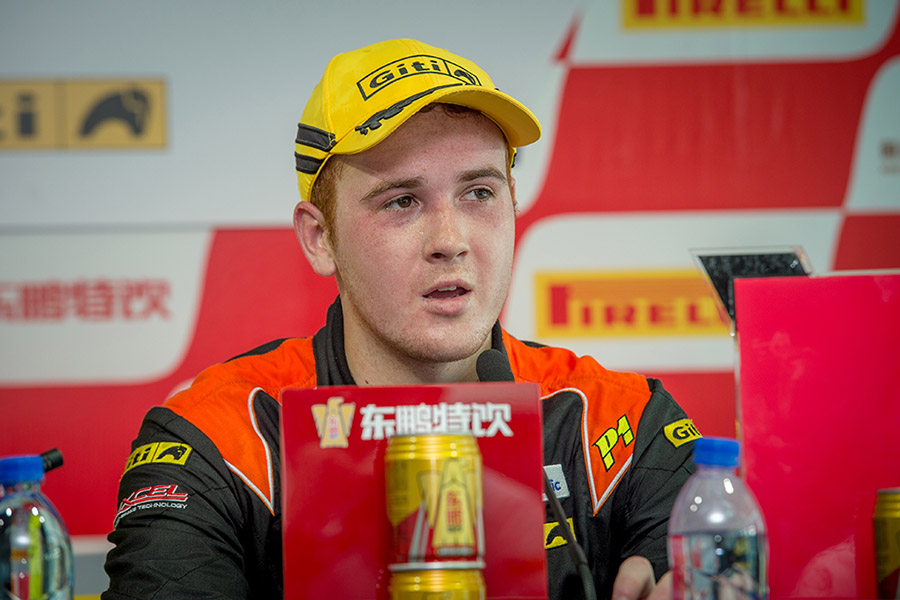 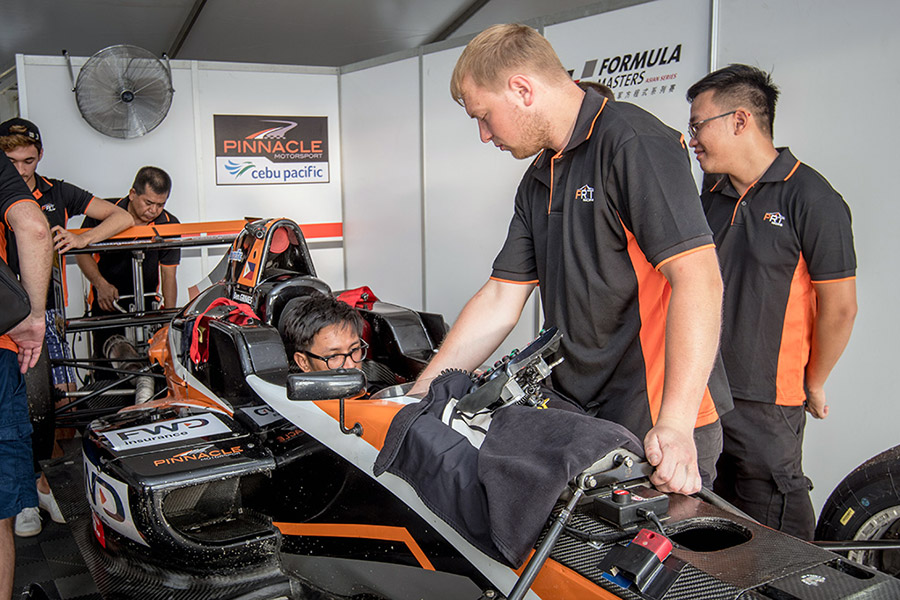 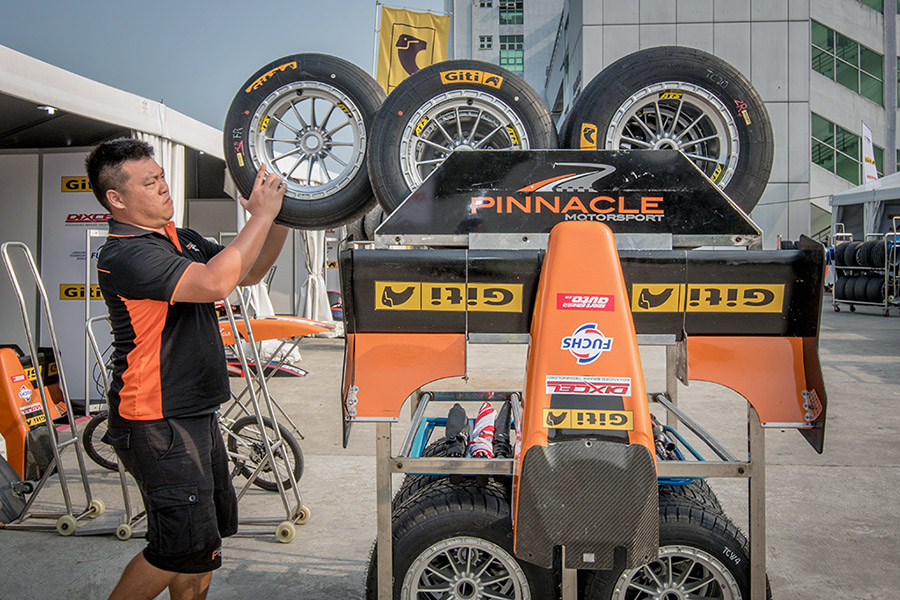