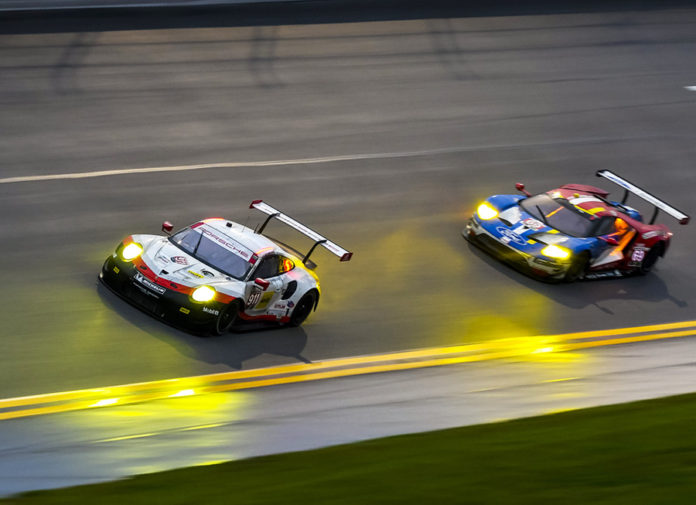 The idea of racing a mid-engined 911 isn’t so crazy after all. This is after Porsche’s newly-developed 911 RSR made it onto the podium of the 24 Hours of Daytona. It finished 2nd in GTLM to be exact, ahead of the Ferrari 488s, Chevrolet Corvettes, and BMW M6s, only losing out to one very annoying Ford GT.

Technically, Porsche Motorsport entered 2 factory-backed 911 RSRs at this year’s Daytona. And as you should know by now, both were powered by a 510 hp 4.0L flat-6 mounted between the front and rear axles. The No. 911 car was driven by Patrick Pilet, Dirk Werner, and Frédéric Makowiecki, while Kévin Estre, Laurens Vanthoor, and Richard Lietz drove the No. 912 machinery. 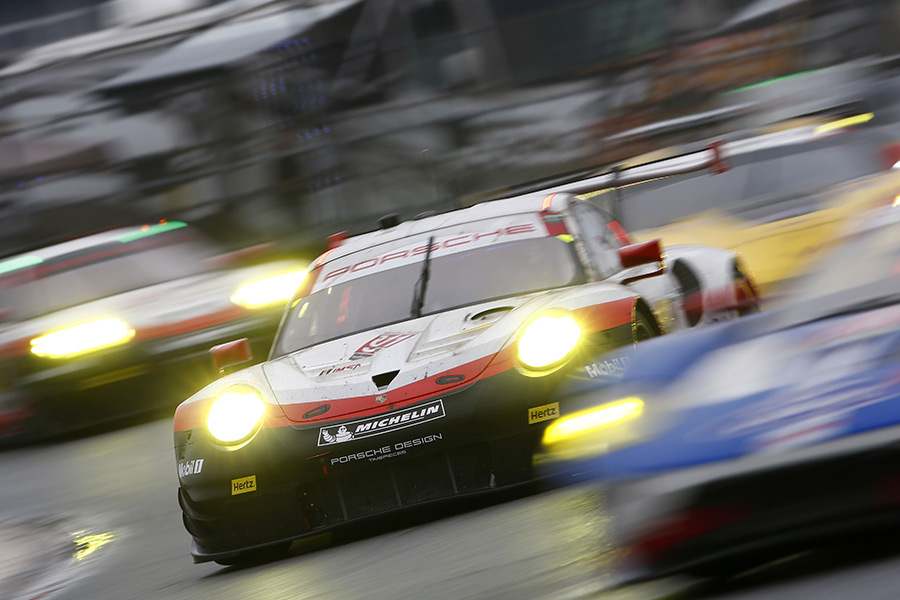 They shared the 5.729 km Daytona International Speedway with 53 other entries, that over 24 hours, was plagued by rain, unusually low temperatures, and lengthy safety car periods. And while others faltered, crashed, or retired, the pair of 911 RSRs kept going in GTLM and fought their way to the top of the class.

But come Sunday morning, when things started to look good, the No. 912 car hit trouble. It had to make an unscheduled stop to fix a right front suspension which threw their chances for a podium out the window. Estre, Vanthoor, and Lietz, however, would rejoin the race and eventually cross the finish line in 6th. 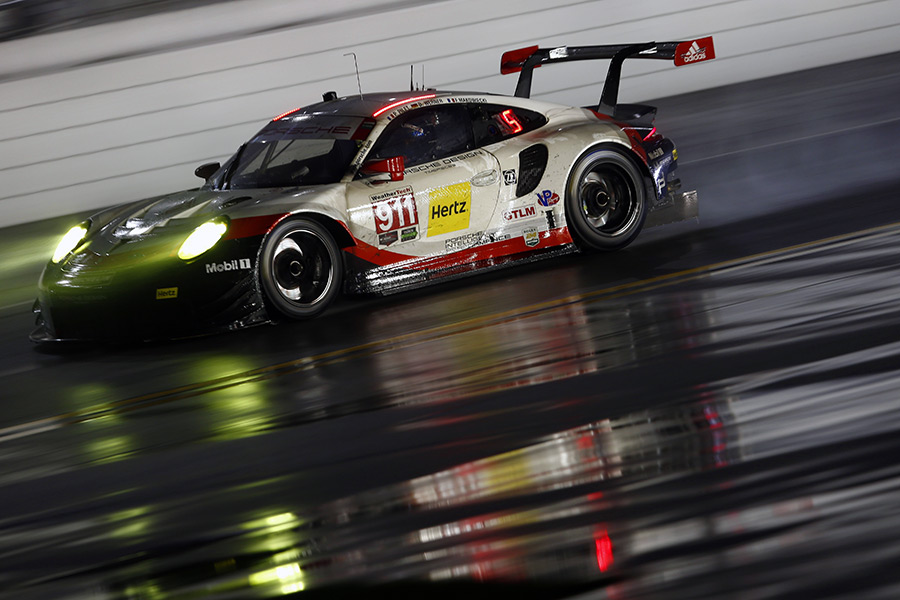 Thankfully, Porsche had another car that was still running and still fighting in front. This was the No. 911 machine of Pilet, Werner, and Makowiecki that pushed its way up to 2nd in the last hour of the race, finishing only 2.988 secs behind the class-winning Ford GT.

With this podium, we’d like to think that Porsche has now put all doubts of a mid-engined 911 to rest. But this is only the beginning. This is not yet the 24 Hours of Le Mans. 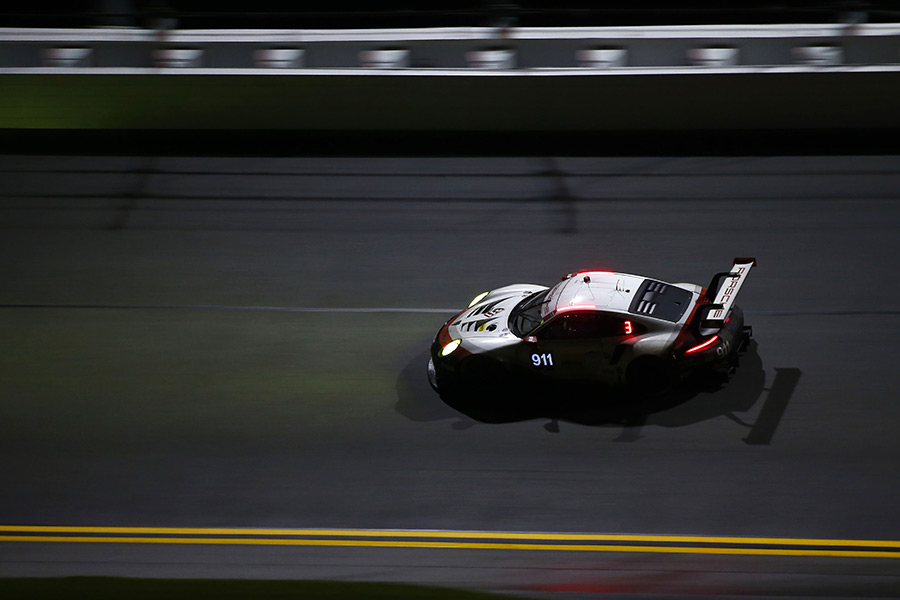 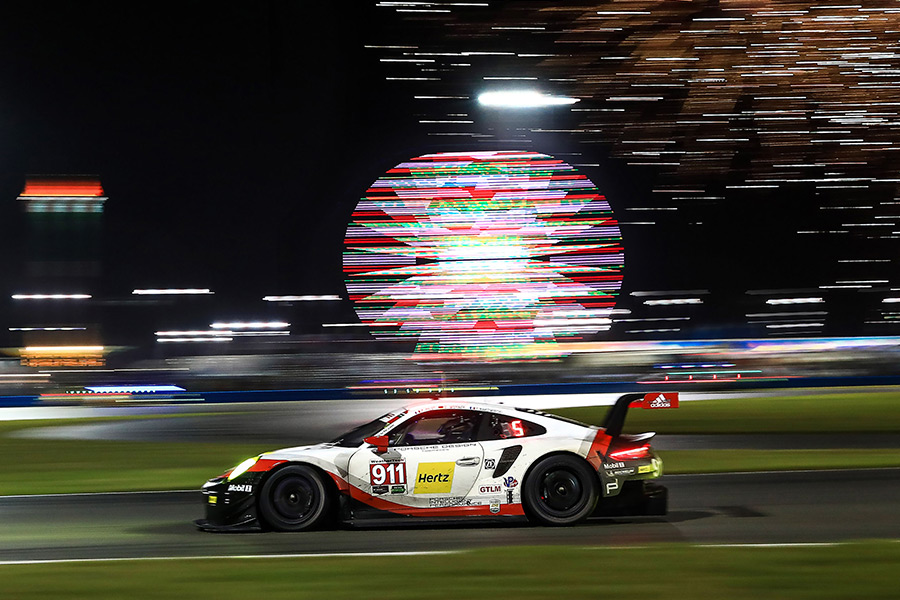 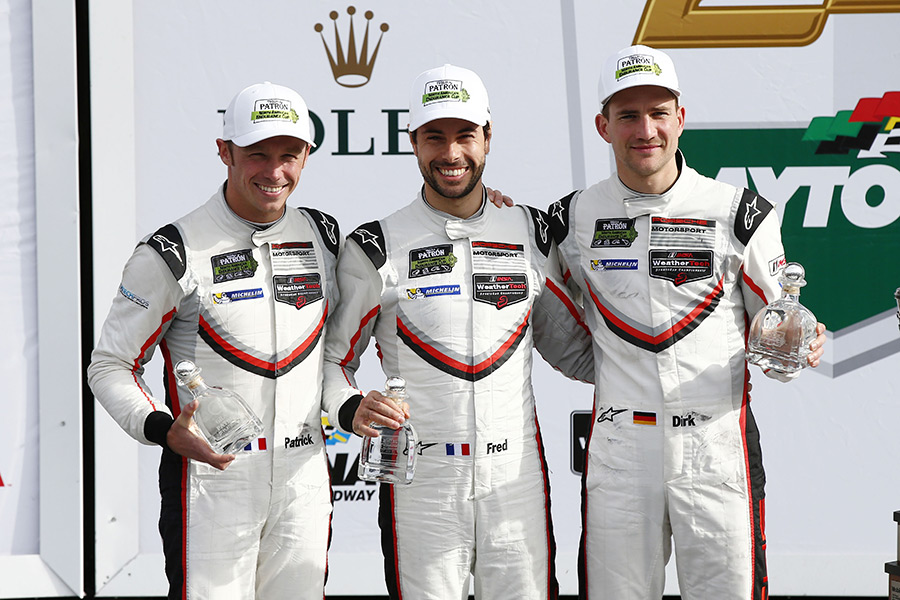