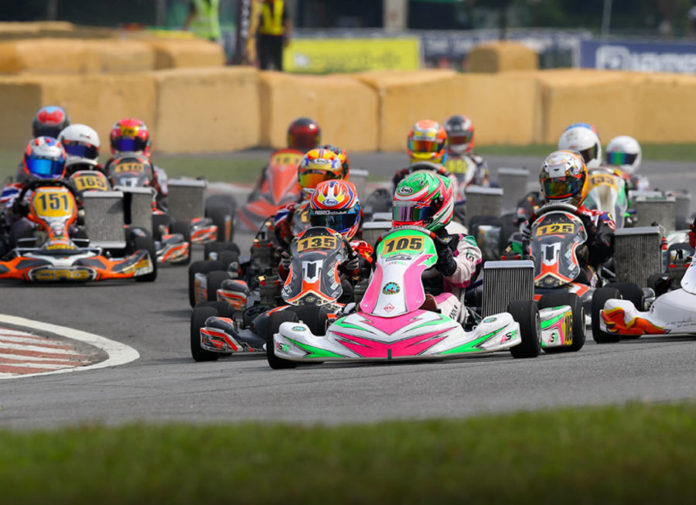 The newly-opened Morac Adventure Park in Langkawi, Malaysia staged the 5th and penultimate round of the 2019 SIC IAME Series Asia. As this was a first for many karters to race on the 1.200 km circuit, it was the perfect proving ground to see who could truly learn the track the fastest, demonstrating their innate talent and natural ability for racing.

All karts over the weekend were fortunate to enjoy mostly fair weather, with only a slight shower coming down on Friday’s practice sessions. Otherwise, it was dry throughout August 3/4 for the runners in the SIC Rookie Cup, Cadet, Junior, Senior, and Master categories, allowing the title contenders to close in on their class championships. 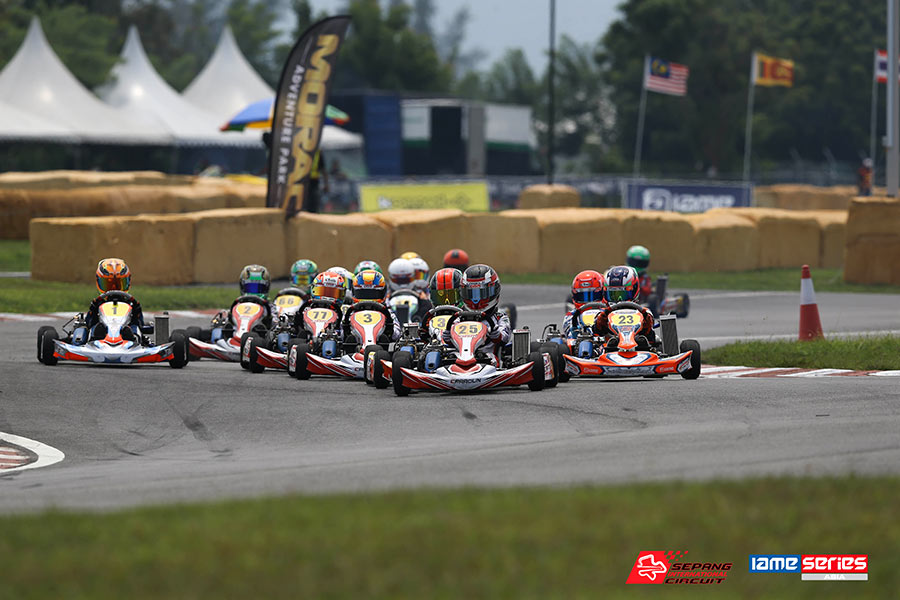 Cadet Category
The 18-kart strong grid in the Cadet Category was dominated by the usual suspects. William Go from the Philippines was clearly the quickest during Qualifying and Heats, followed by Aditya Wibowo of Baby Race Asia in and Tiziano Monza of AutoInc Racing.

But during the Pre-Finals on Sunday, Timofey Mikhaylov fought back with a stunning drive from P8 to finish in 1st, which would preview his performance in the Finals. The DRM Racing Team karter then jostled for position with Wibowo and Go throughout the 14-lap race to take 2nd place. Wibowo went on to win by a 2.393 sec margin while Go was 3rd.

While Go still leads the championship, his advantage to Mikhaylov is now down to 9 points with only one round to go. 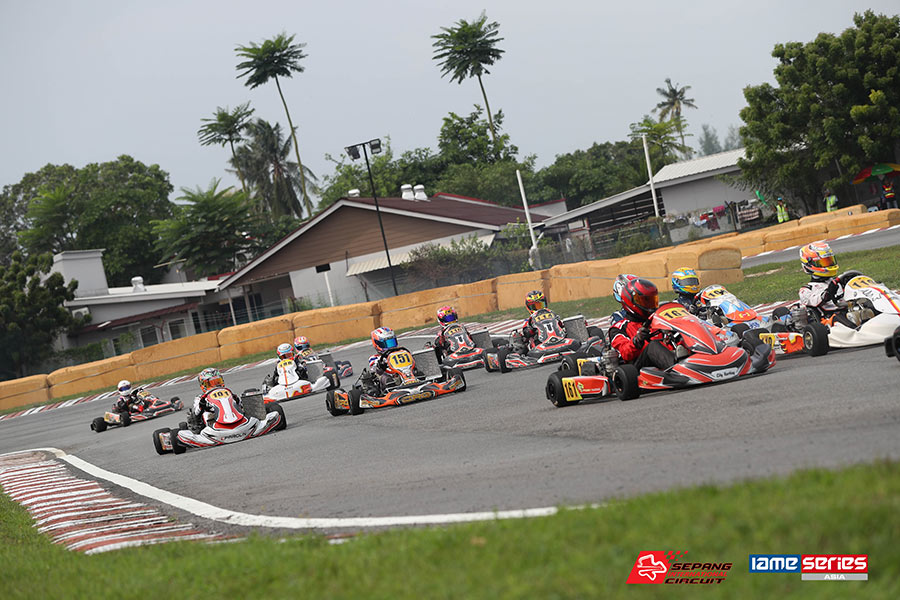 Junior Category
Supakit Jenjitranun of AutoInc Racing was on fire all weekend, topping Qualifying and Heat 1. He also won in the Finals, beating points leader Putera Adam of I.S Racing in 2nd by 0.548 secs and Adrian Hassan of ASR Motorsport in 3rd.

Meanwhile, a strong outing from lone Filipina karter Bianca Bustamante earned her 5th during the weekend, allowing her to hold onto 3rd spot in the class championship. 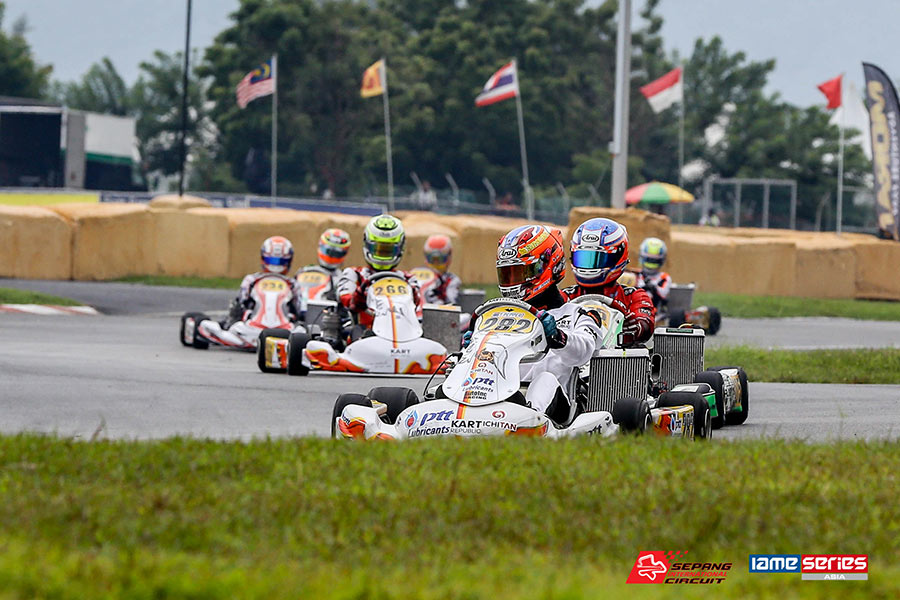 Senior Category
Points leader Prassetyo Hardja of Stratos G51 may not have the pace during Qualifying, but he more than made up for it during the Heats. This put him in a very competitive 3rd for the Pre-Finals, which he converted into a race win in the Finals out of a 26-kart grid. Ayato Iwasaki of Stratos G51 tried to give chase in 2nd but was 4.768 secs behind Hardja. Trailing behind him was Dick Yu of PR1 Racing Team in 3rd. 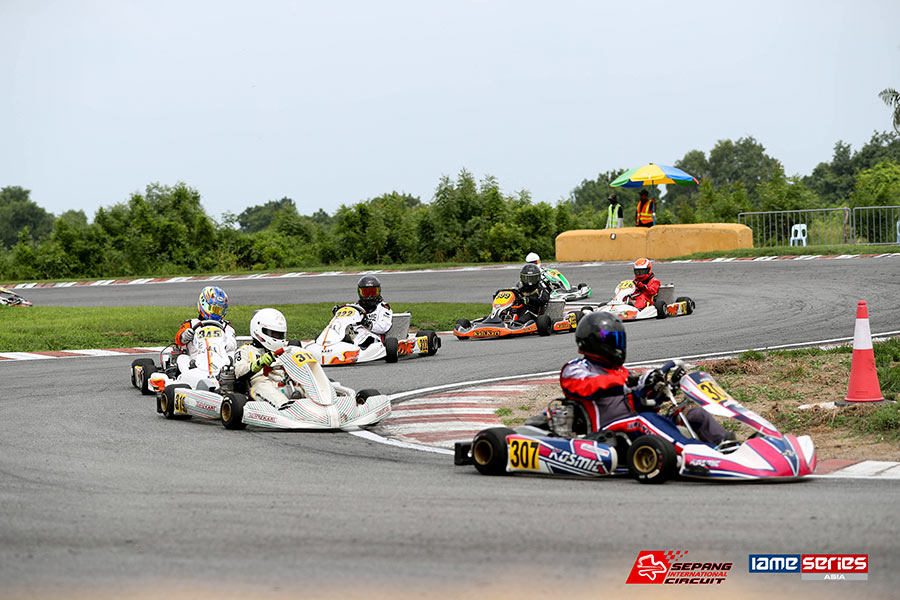 Master / Clubman Category
If there was a Driver of the Weekend Award, it would have certainly gone to Adrian Ferguson of Stratos G51. He extracted every ounce of performance from his #325 Tony Kart to stamp his authority, Qualifying on pole and taking both wins in Heats 1 and 2.

He then proceeded to win the Finals with a commanding 7.583 sec advantage over closest-rival Yongboon Thirachaimonkol of Maxima Motorsports in 2nd.

Despite his absence from this event, Mark Domaschenz still leads the points race but is only 8 points ahead of Thirachaimonkol and 25 points from Ferguson.

After 5 action-packed events, the 2019 SIC IAME Series Asia will now return to the Sepang International Kart Circuit on September 14/15 for the season finale where champions will be crowned. 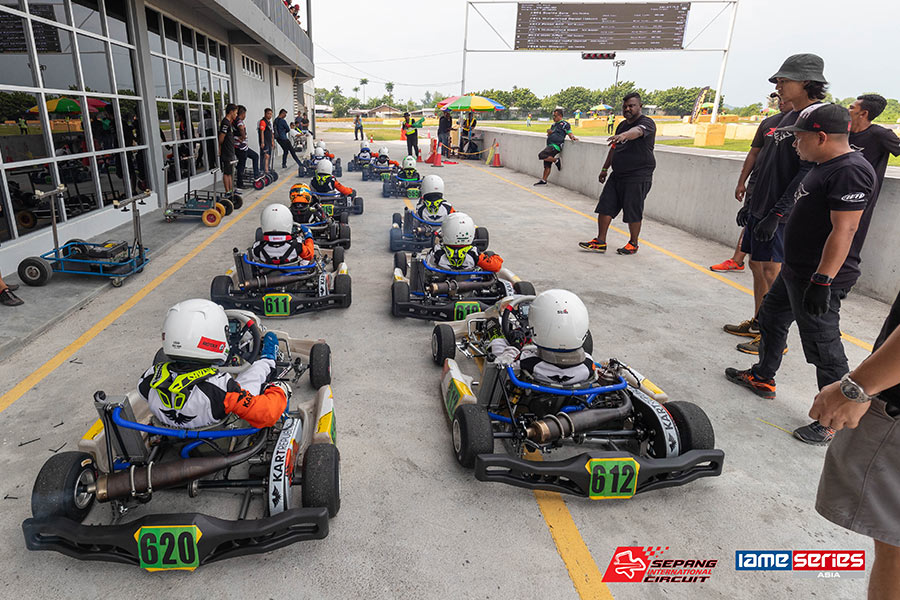 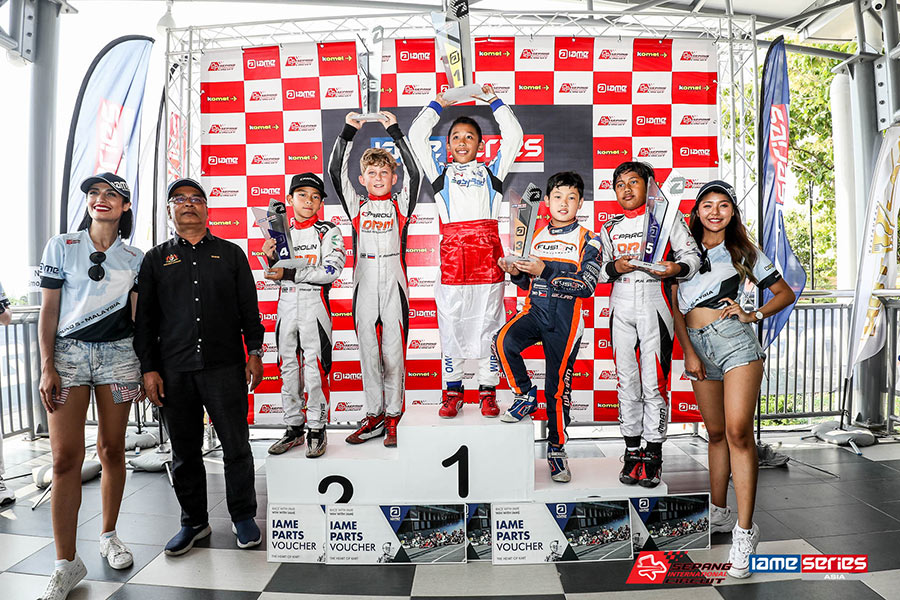 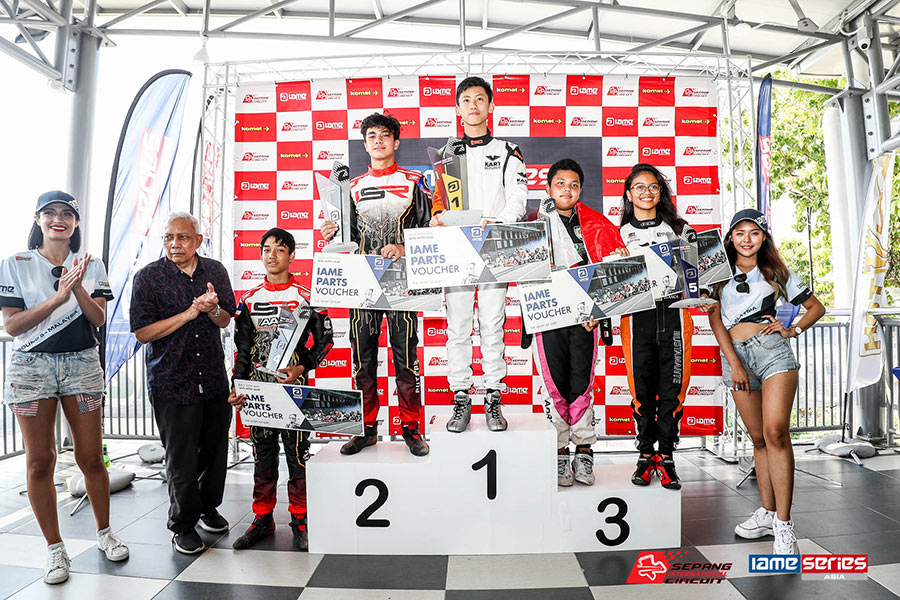 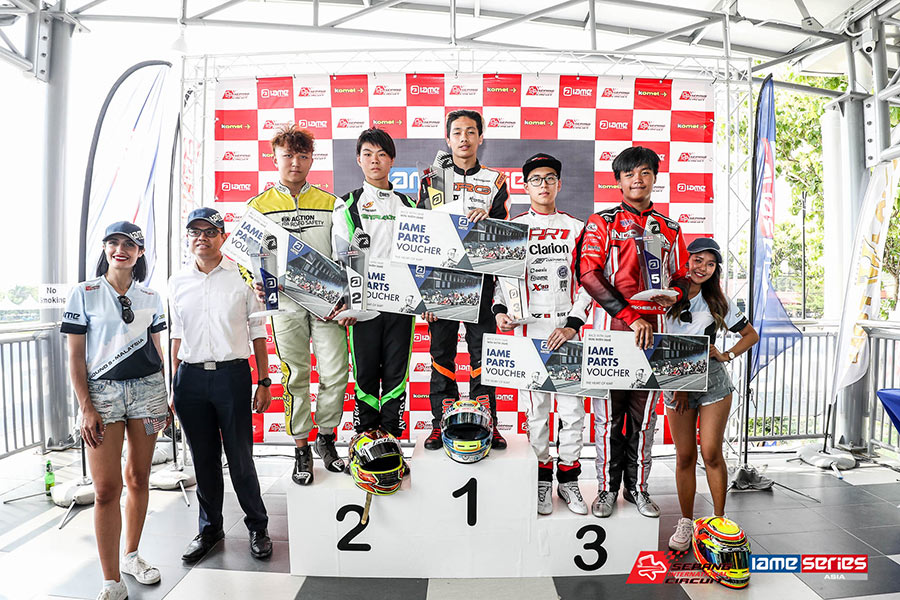 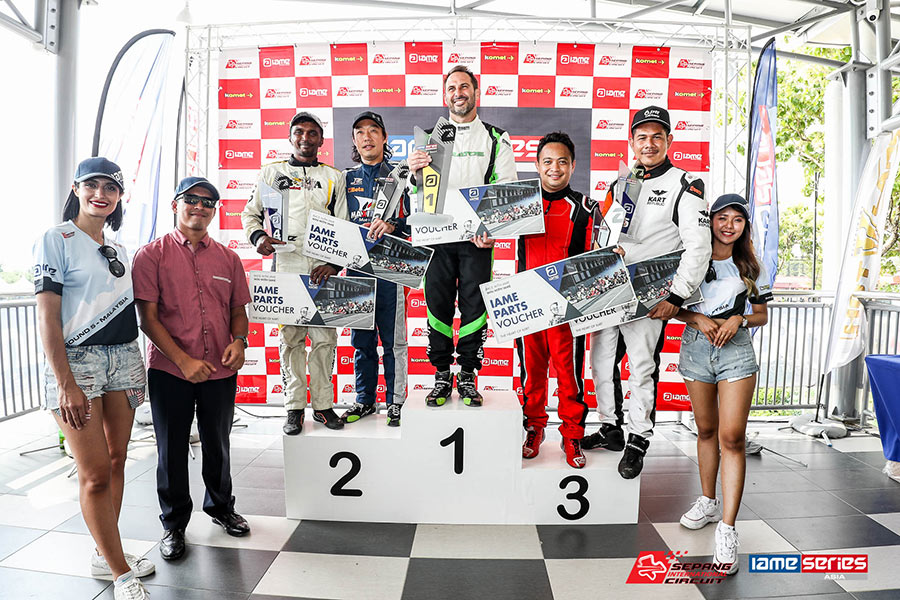