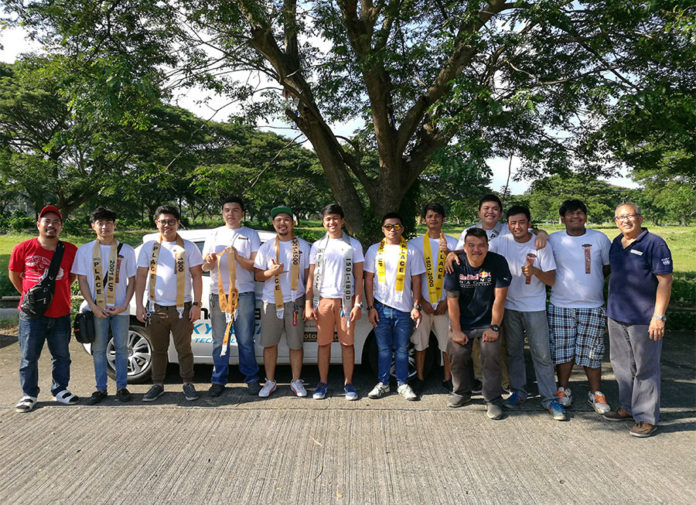 The AAP-Motorsport Development Program’s (MSDP) National Gymkhana Finals draws closer week after week as new series champions are crowed across the Philippines. The most recent addition are 3 finalists from Davao who will compete in the finals in Manila.

Davaoeño William Harvey Evangelista and Cagayan de Oro’s Tenny Montuno were only 3 points apart in the ‘1300cc Below’ category coming into the final leg at the Crocodile Park. Tenny would pip the novice driver to win the class win and earn himself a spot in the Gymkhana Finals. William ended up 2nd while John Perkin Abrantes was 3rd.

It was a winner-take-all in the ‘1301-1500cc’ class as teammates Mark Bernales and Tenny Montuno were tied in points. Mark opted to skip the category in the final event to hand Tenny his second overall victory in Davao’s Gymkhana Series. Despite the easy win, he still drove 100% to take 1st place in class last October 7. Khes Druzali was 2nd due to a costly mistake and Lawrence Calvo was again 3rd.

Mark Bernales maintained his winning streak in the ‘1501-1800cc’ category, but it didn’t come easy. An early mistake nearly cost him the win, but bounced back to edge past nearest-rival William Harvey Evangelista and earned a spot in the National Gymkhana Finals. 4 drivers then shared 2nd place in the points standings with Ato Mua, Albert Delvis, Daryl Yap, and William Harvey Evangelista.

A lot like Mark Bernales, Mario Roque also would have had a clean sweep of the ‘1801-2000cc’ class. But his inexperience in the unique conditions of Crocodile Park cost him a good result in the finale. Khes Druzali capitalized on the opportunity to win the event and even set the best time of the day. Despite ending up 4th in the day, Mario still took the category win and an invite to the finals.

Mario Roque captured another category win, this time in the ‘2001cc and Up’ class by securing a podium finish during the weekend. Sadly, his rival Harry Lim from Zamboanga had to sit out the event and wasn’t able to put up a challenge. 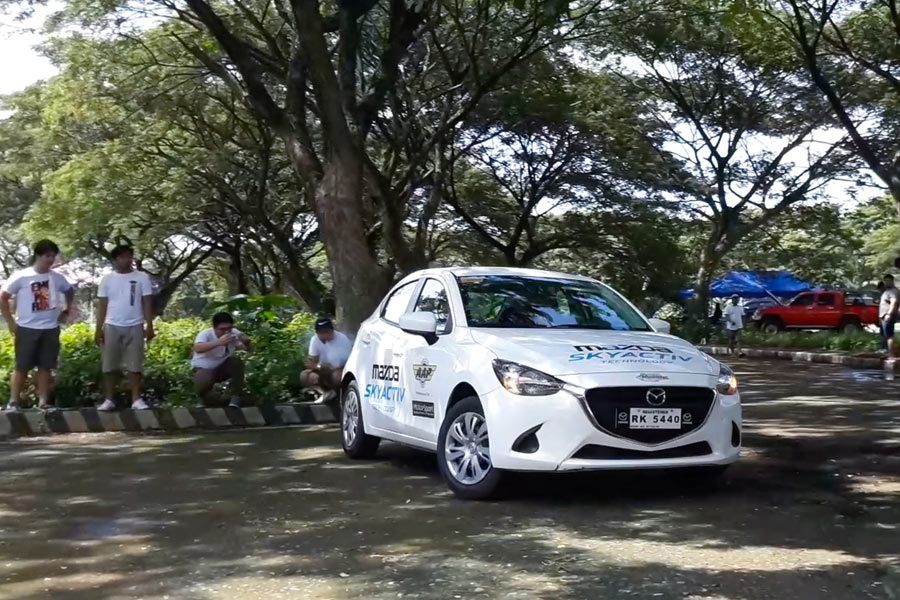 Tenny Montuno, Mark Bernales, and Mario Roque dominated the Gymkhana Series in Davao to qualify for the AAP-MSDP National Gymkhana Finals. They will go up against other series champions from Metro Manila, Cebu, Iloilo, and Cagayan De Oro on November 4 at Megatent Libis in Quezon City. Finalists must drive identical Mazda 2 SkyActiv race cars provided by Mazda Philippines to see who’s really the best of them all.