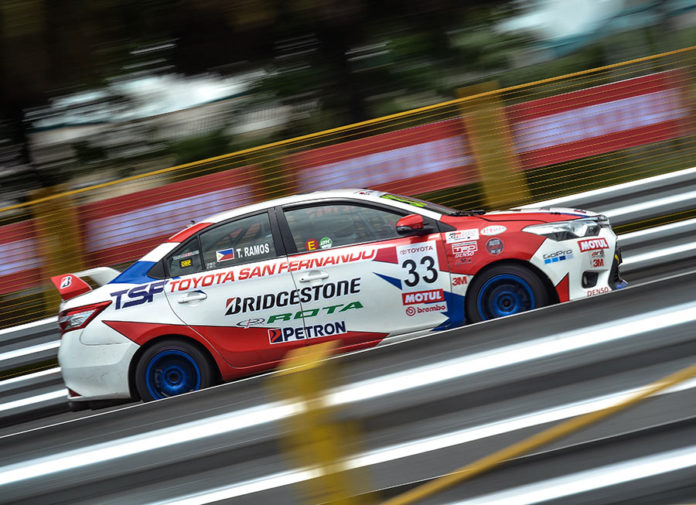 Last time the Vios Cup was out on track, Toyota San Fernando (TSF) was a man down with only Darrell Garbes and Ton Ramos flying the team’s colors. But at last, with Oliver Matias back in action, the gang’s all here at the Manila South Circuit in Filinvest, Alabang for Toyota’s one-make-series’ second event.

Powered by JBT Racing, TSF was again on the hunt for championship points last July 28/29. And the only real hurdle that separated them from a top 10 finish were the unforgiving walls that lined the 1.74 km street circuit. 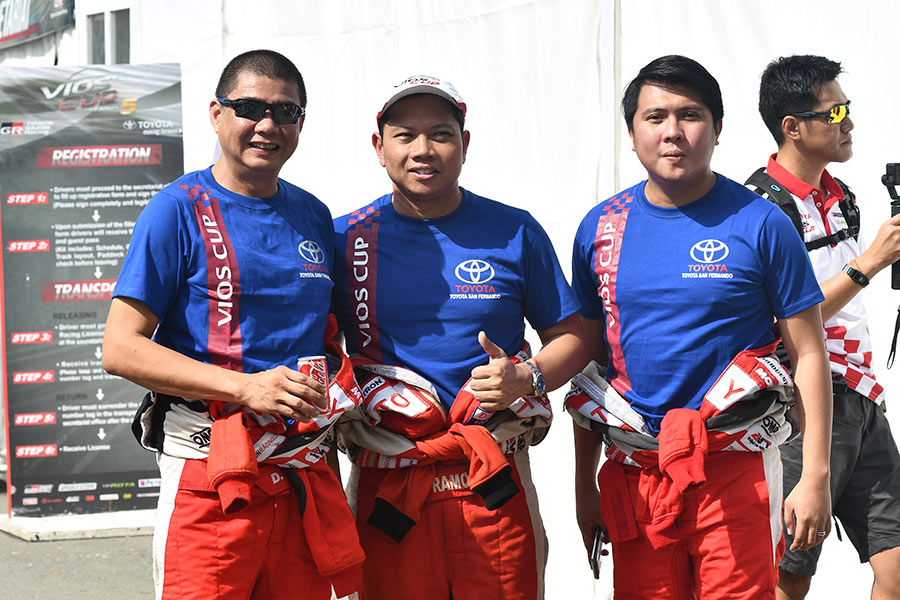 Super Sporting Class
Ton Ramos had to push as hard as he could at every session. He knew that overtaking here is near-impossible and getting good track position is key to victory. Though exhausting, he made good progress during Free Practice and logged a fastest 1:17.703 lap. This would have been enough to put him P4 on the grid. However, he got stuck in traffic during Qualifying and never got the chance to put on a clean lap.

Starting from P11 on the grid, Ton was able to make up 2 spots in Race 1 and even passed 2016 Vios Cup champion Allan Uy. But as the field bunched up, he lost the places in the chaos and took the chequered flag in 11th.

The afternoon race was plagued by a lengthy safety car period that prevented Ton from mounting an attack. But despite the missed opportunity, he still logged his weekend’s best time of 1:17.687. 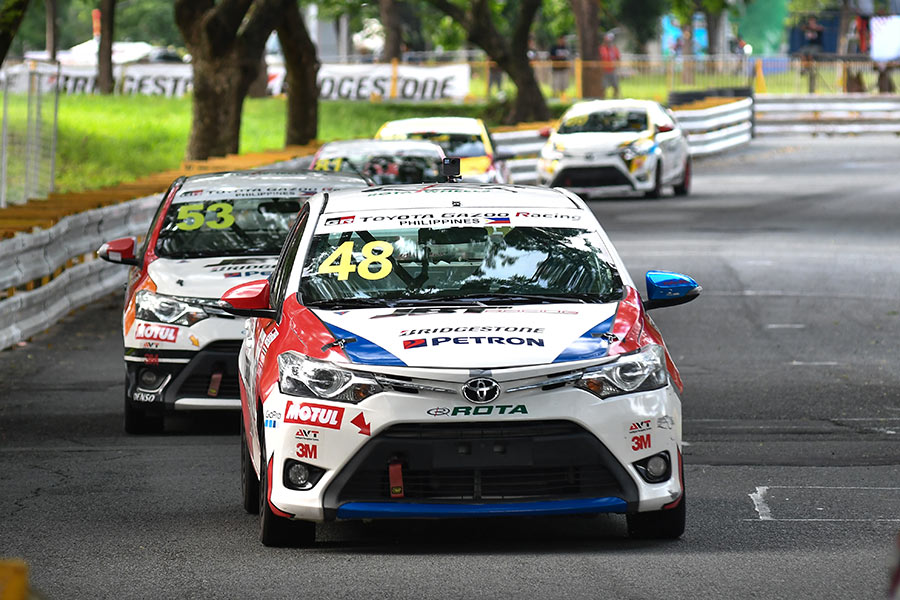 Bridgestone Sporting Class
Oliver Matias didn’t lose any of speed in spite of missing the season opener last April. 5th in Qualifying gave him a good shot in Race 1 where he made a clean pass for 4th place on lap 12, earning him a hard-earned spot on the Sporting Class podium.

The reverse-grid start in Race 2 placed Oliver in P3 and a step closer to a potential top 3 finish. But his near-perfect weekend quickly went belly up. He was tapped from behind on lap 2 and made contact with the barriers, flipping the #48 car on its roof. Thankfully, he managed to escape unhurt.

“The other drivers were really good, which made it a lot harder to overtake on such a narrow circuit,” he said after the race. “Although we had an unfortunate incident in Race 2, I’m happy to get 4th in Race 1 for JBT-TSF. It was a really fun weekend overall. I’m now looking forward to the finale in September. With double points and 3 races, the championship is still wide open.” 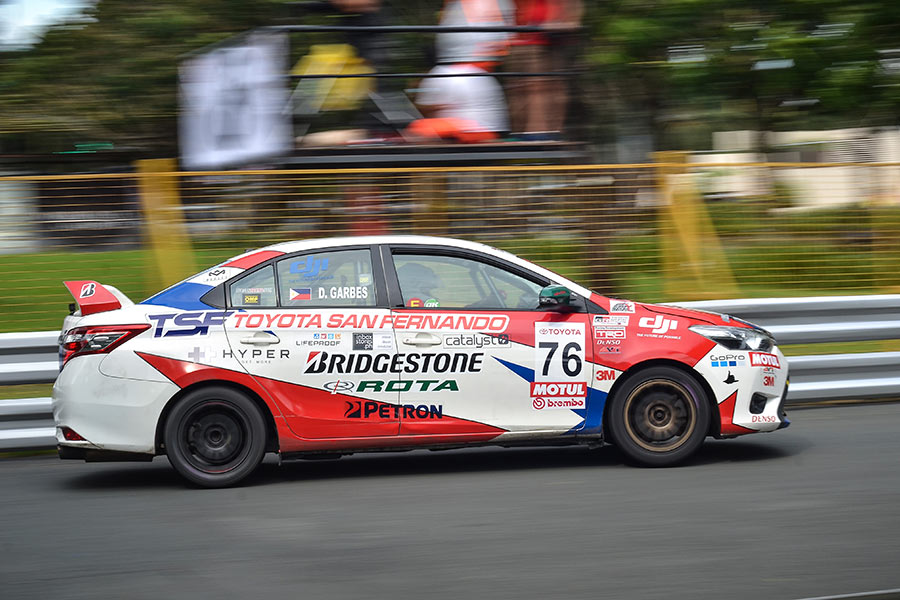 ROTA Promotional Class
Of all 3 drivers, only Darrell Garbes has had no previous experience racing on a street circuit.

“It gets a bit scary,” he admitted. “The corners are very tight and you have to be really careful when overtaking. But because no one can practice beforehand, no driver can get an advantage. We’re all on equal ground, which makes it so exciting.”

The #76 car started from P9 on the grid in Race 1. He then spent the next 14 laps fighting for position against Clive Fermin of Toyota Team Cebu. Avoiding any major contact, he would take the chequered flag 9th overall and 6th in Promotional Class.

Darrell had more action in Race 2 where resumed his battle with Clive. There were cars crashing left and right, but his focus was still on finding a gap to overtake. His attempt sadly failed and lost a spot in the process. Although he came short of a podium finish, Darrell is happy with another 6th place finish to end a productive race weekend. 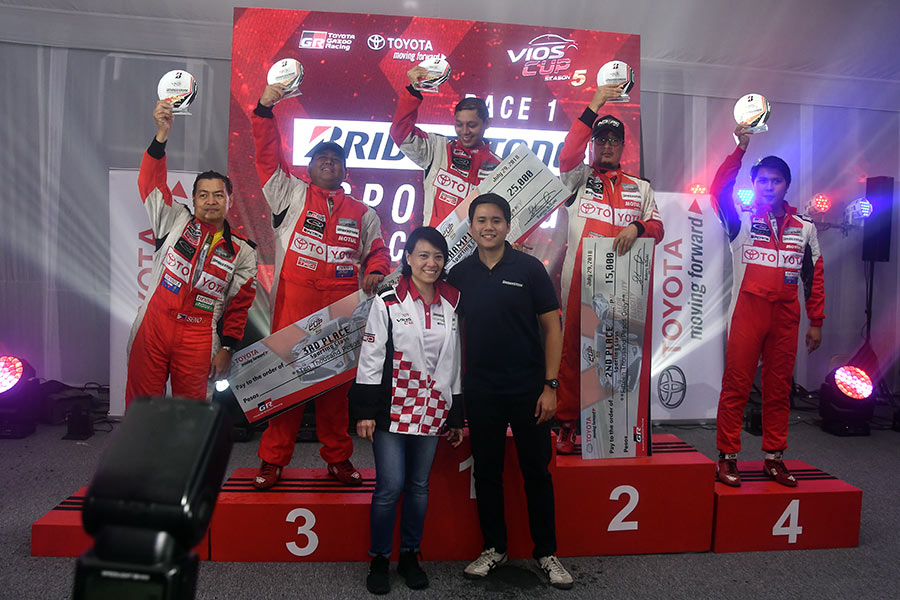 The 2018 Toyota Vios Cup returns to the Clark International Speedway on September 21/22 for the season finale. 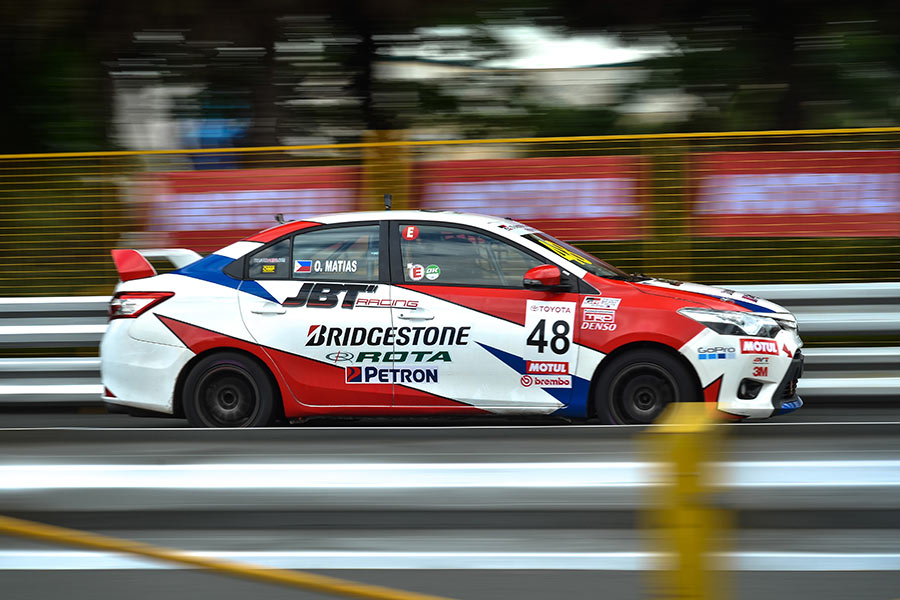 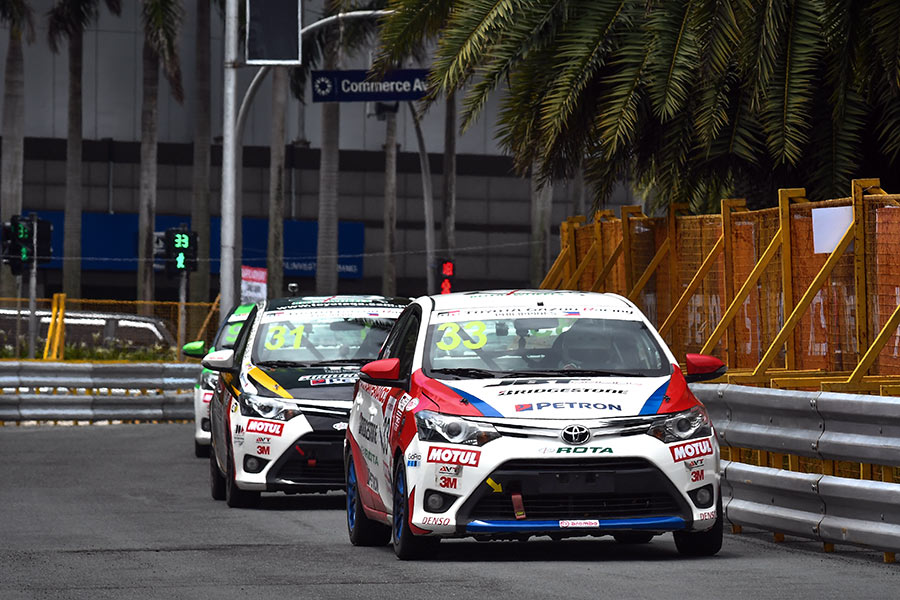 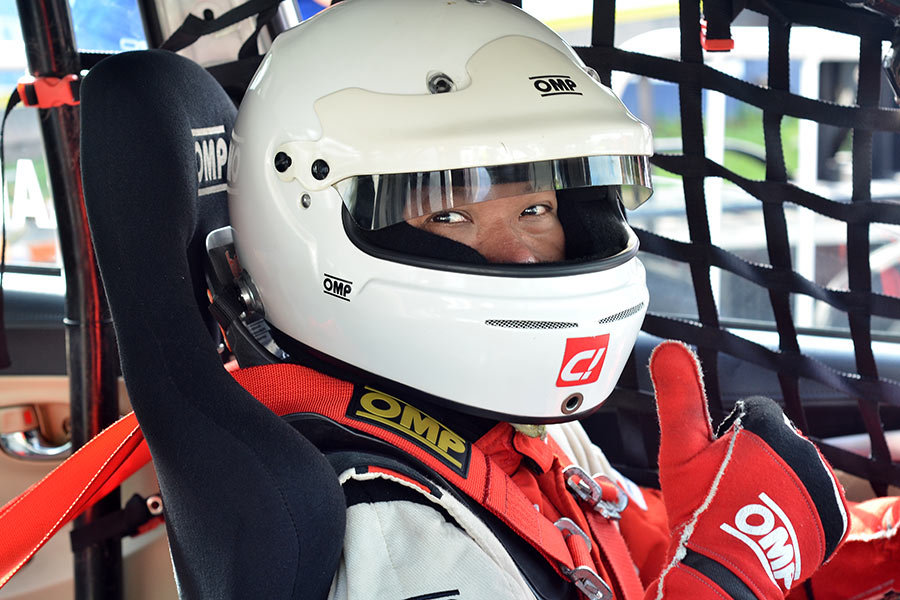 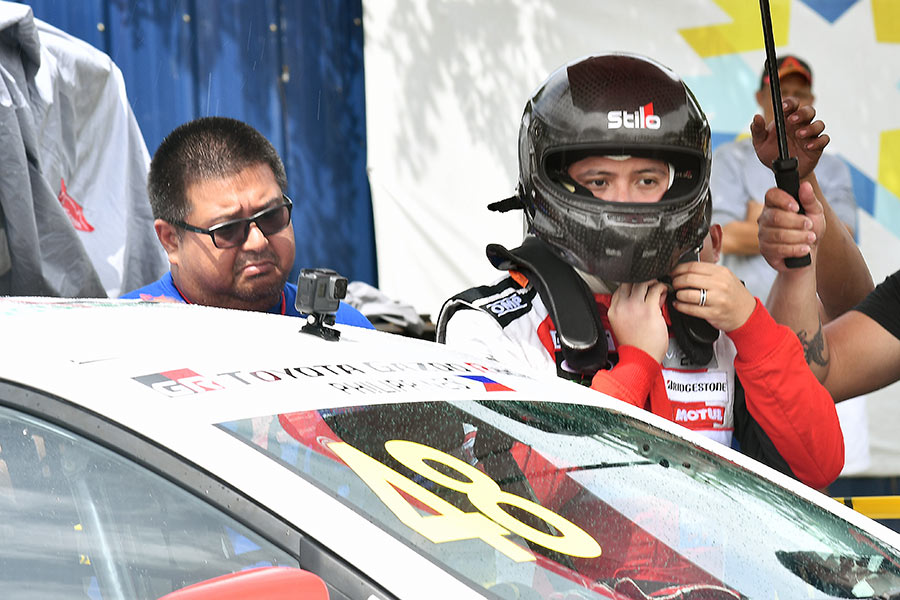 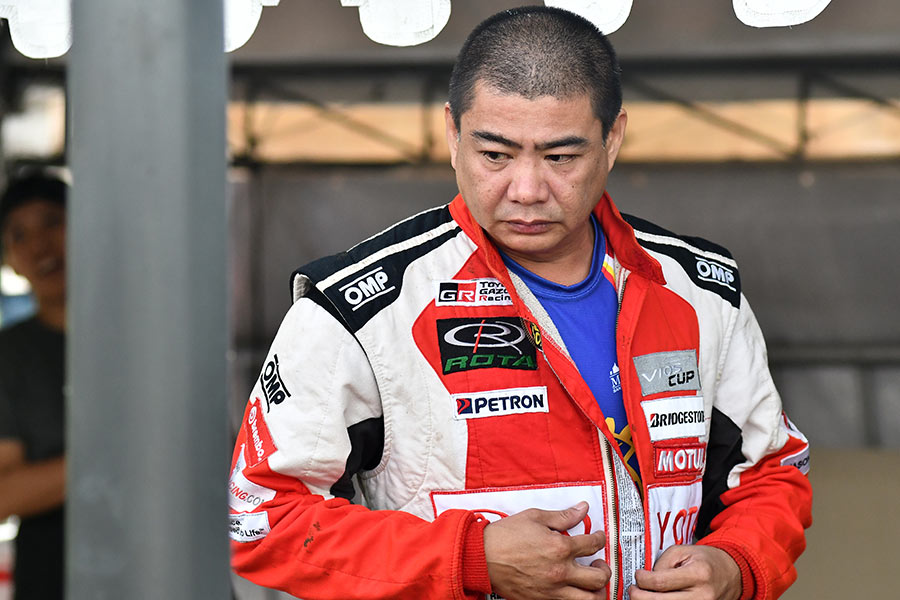 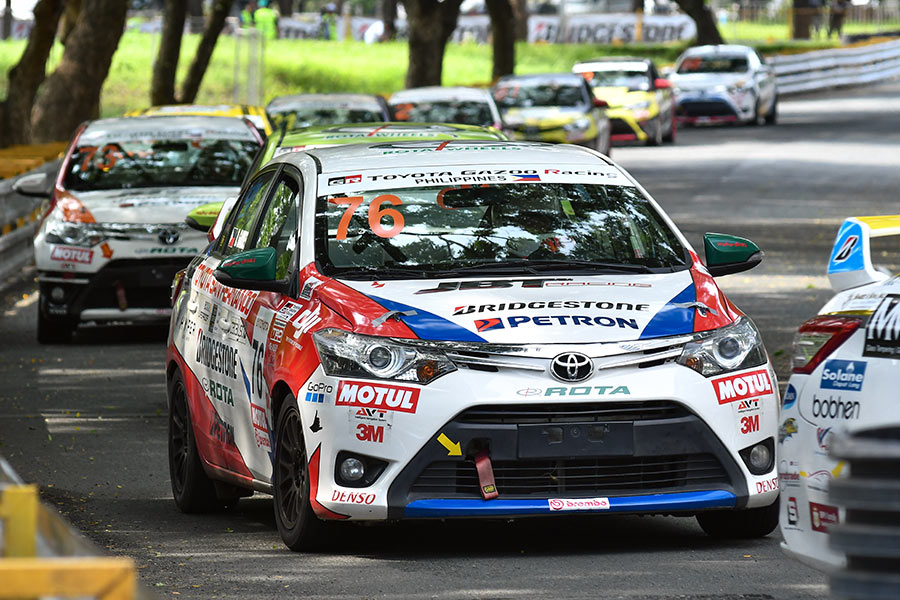