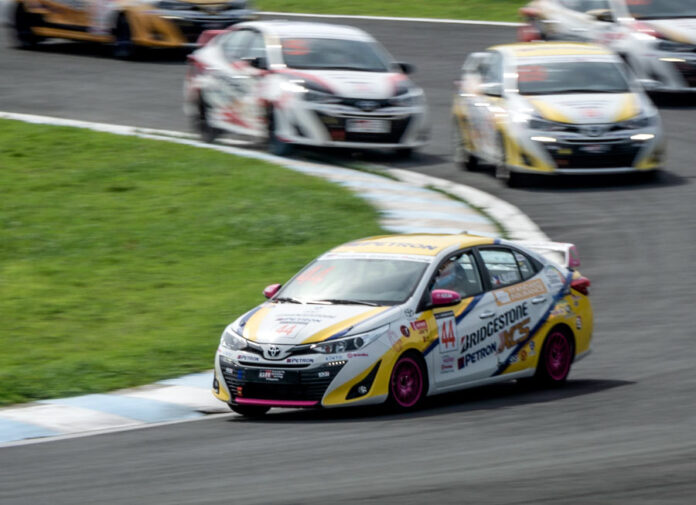 4 podium finishes and a race win – certainly not something you’d expect from a team who has been away from the track in the last 2 years. Toyota Team Cebu (TTC) were back to their winning ways when they officially returned to the Toyota Gazoo Racing (TGR) Vios Cup for the season opener at the Clark International Speedway (CIS) last July 2/3. It was as if they never left.

From the original gang, only Lord Seno remained for TTC’s 2022 lineup and has now moved up to the Super Sporting Class. The rest are new recruits from Iloilo, namely Ian Rosales, Alan Palacios, and Felvin Guerra who raced the team colors in the Promotional Class. 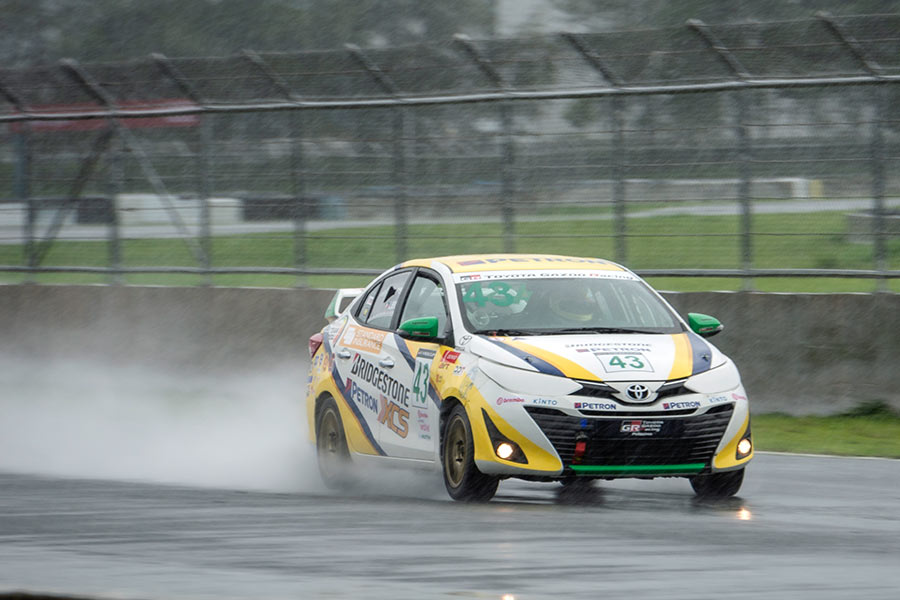 Super Sporting Class
Rubbing elbows with the best drivers on the grid is never easy. Lord Seno had a rude awakening when he got back behind the wheel of his #43 Toyota Vios OMR and was a few seconds off the pace during Free Practice. His fortunes would fail to improve in Qualifying where he was 7th quickest in the time sheets.

A rain-soaked Race 1 did not help and Lord was just happy to have crossed the finish line unscathed in 7th. The TTC Team Captain would find better performance in Race 2 and enjoyed some good battles on track. However, all his efforts were undone after he was DQ’d for a technical infringement identified during scrutineering. With nothing to lose, he went all out in Race 3 to end the weekend on a high note. Lord managed to pick up some places amidst the chaos and scored a hard-fought 4th place. 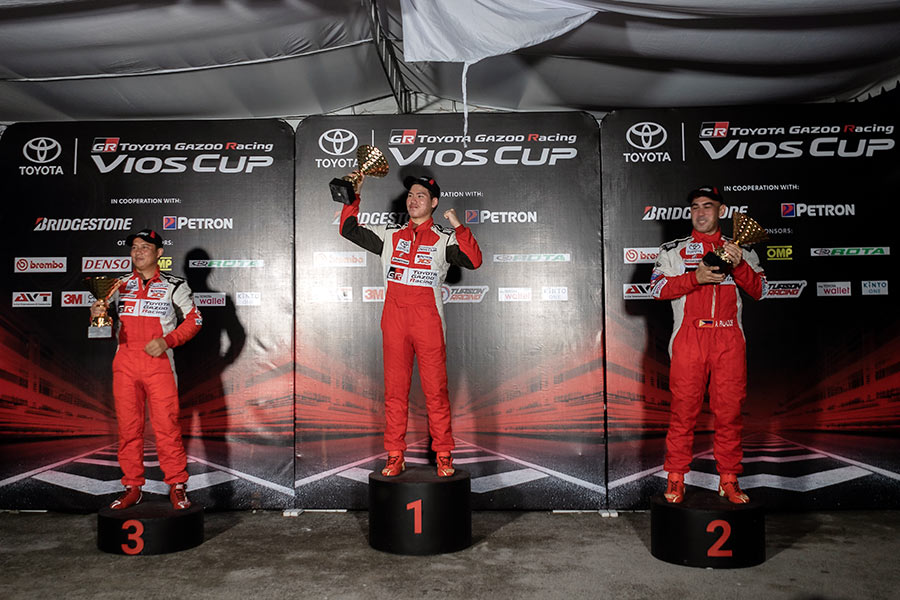 Promotional Class
Ian Rosales in the #69 TTC entry was the most experienced and quickest of the team’s Promotional Class runners. Starting from P6 on the grid, he charged his way through the field and took the chequered flag in an impressive 2nd place. Alan followed behind in a respectable 5th on his very first Vios Cup race, while Felvin was 8th across the line.

The magic happened in Race 2 on Saturday morning. Starting from the third row on the grid, he stormed his way through the field and was in the lead by the end of the first lap. Consistency then allowed him to stay ahead with his teammate Alan Palacios in the #44 yellow-and-white Vios Cup OMR right behind him. The 2 drivers were nose-to-tail for the most of the 12-lap race until the chequered flag dropped, earning TTC a strong 1-2 finish. 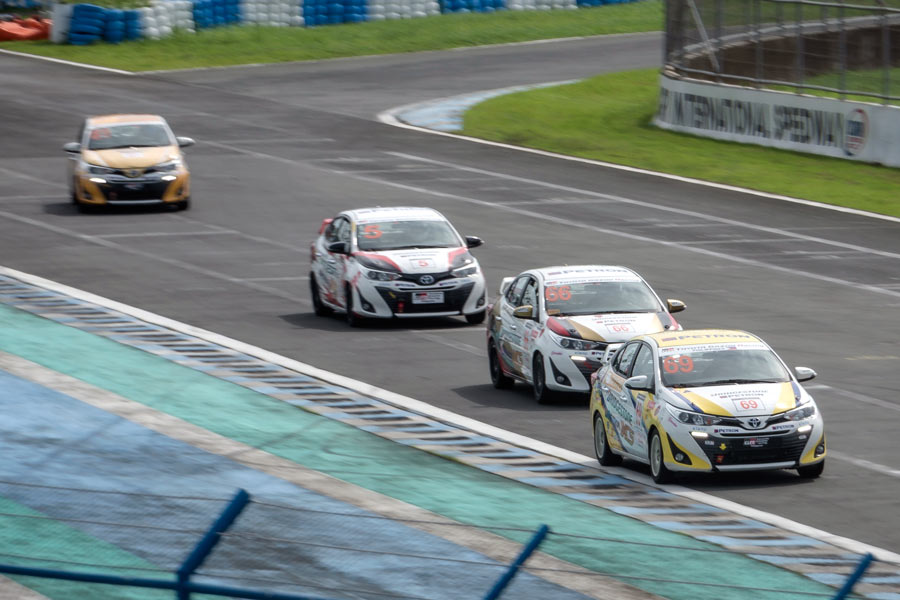 It was another brilliant drive from the TTC drivers in Race 3. This time it was Alan’s turn to stay ahead of his teammate and crossed the line in 3rd. But a post-race penalty handed to the driver in front promoted Alan into 2nd and got Ian onto the podium in 3rd. Felvin, on the other hand, had a good learning experience on his very first race weekend to finish 7th.

The 2022 TGR Vios Cup resumes in a month’s time on August 19/20. Expect great things to come from Toyota Team Cebu as they take another shot at victory plus an additional driver making a comeback to their lineup. 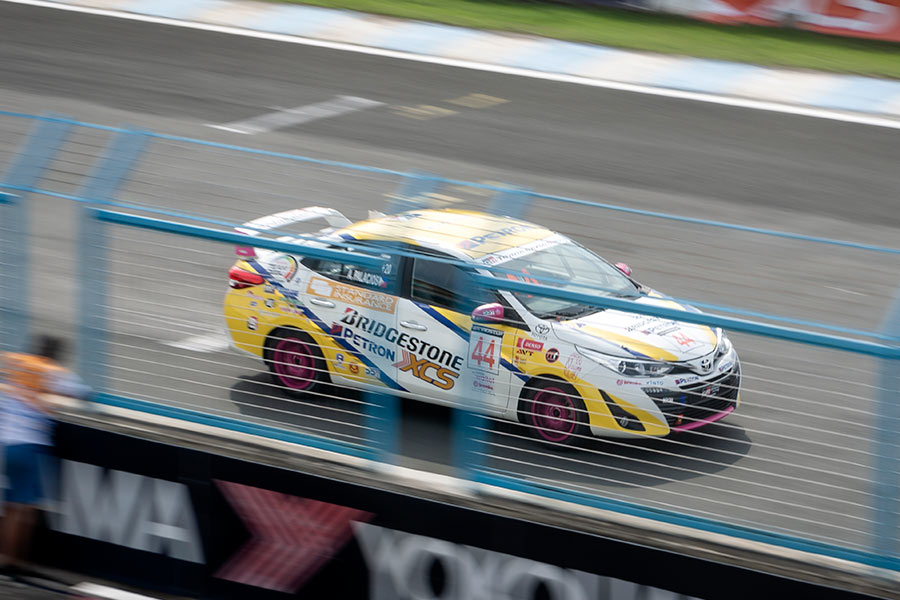 John Velasco, Team Manager: “Good to be back on track. The team’s performance over the weekend was a blessing and encourages our drivers to practice more in preparation for the next round. We did not expect to get any podium after 2 years in hibernation and hope we can add to this tally in Round 2 next month. A big thanks to our drivers Lord, Ian, Alan, and Felvin for a great effort on track and everyone in Toyota Team Cebu.” 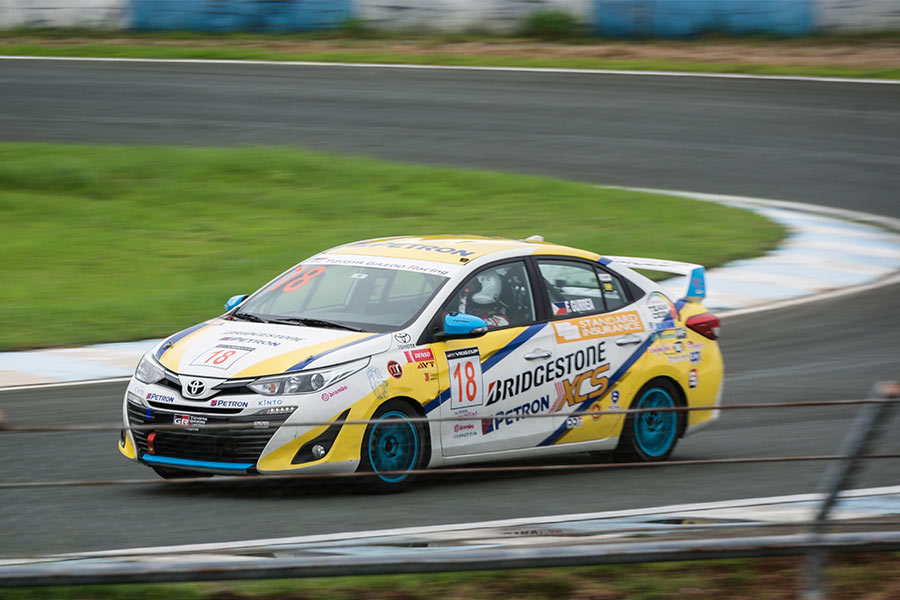