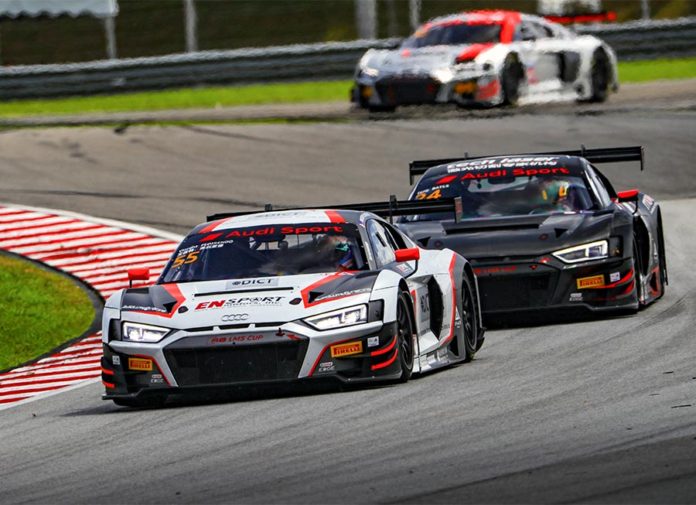 What better way to say goodbye to the outgoing Audi R8 LMS Cup than to be crowned Challenger Trophy champion during the season finale. Vincent Floirendo wrapped up the very last round of the world’s first and only one-make-series for full-spec GT3 cars with 2 wins to his name last November 23/24 to secure him the class title.

The lone Filipino driver on the grid was re-united with his #55 EN Sport by Absolute R8 LMS since he last drove it on a wet Suzuka Circuit a little over 3 months ago. While the weather has slightly improved, he was faced with a new challenge as Qualifying and Race 1 were run under the lights of the Sepang International Circuit (SIC). 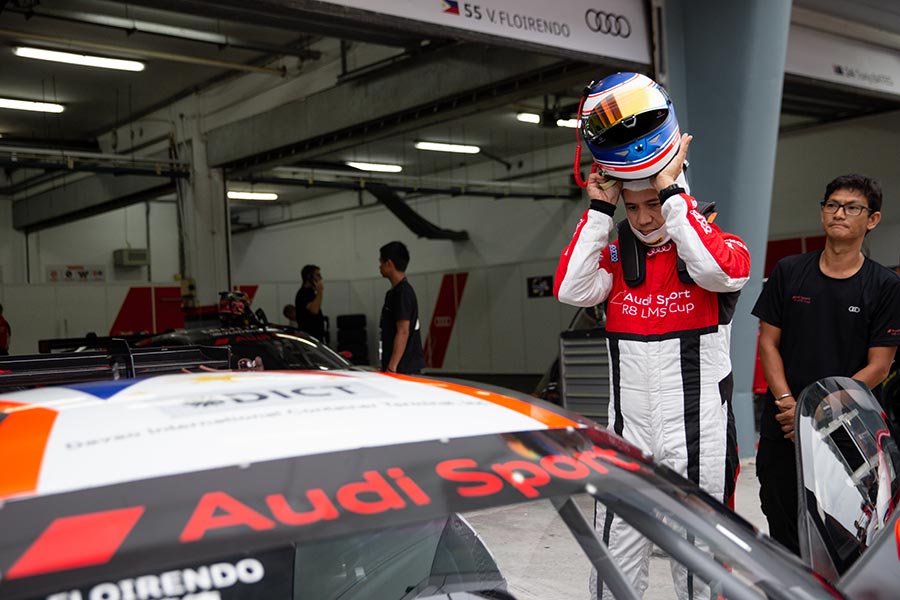 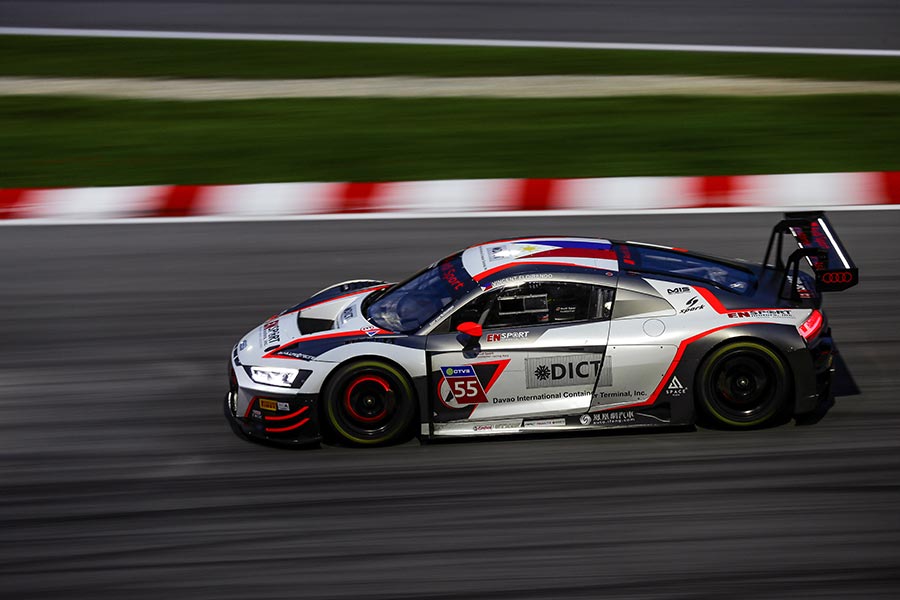 A best time of 2:08.859 would put him P7 on the grid for Race 1 on Saturday night which, as luck would have it, was run in the wet. The cool weather might be a welcome change from Malaysia’s hot weather, but the slippery conditions were certainly not.

The field would take off behind the Safety Car at 10:00 PM with the entire 14-car grid barreling down the main straight in a cloud of spray. Vincent admitted that it was a real challenge to keep the car on track, yet managed a clean pass on Tony Bates just after a lap. The Australian driver, however, fell victim to the tricky conditions and brought out the Safety Car once again when he ended up in the gravel. Vincent continued his spirited run at restart on lap 10 and took another spot right before the chequered flag dropped, claiming 5th overall and 1st amongst the Challenger Trophy entries. 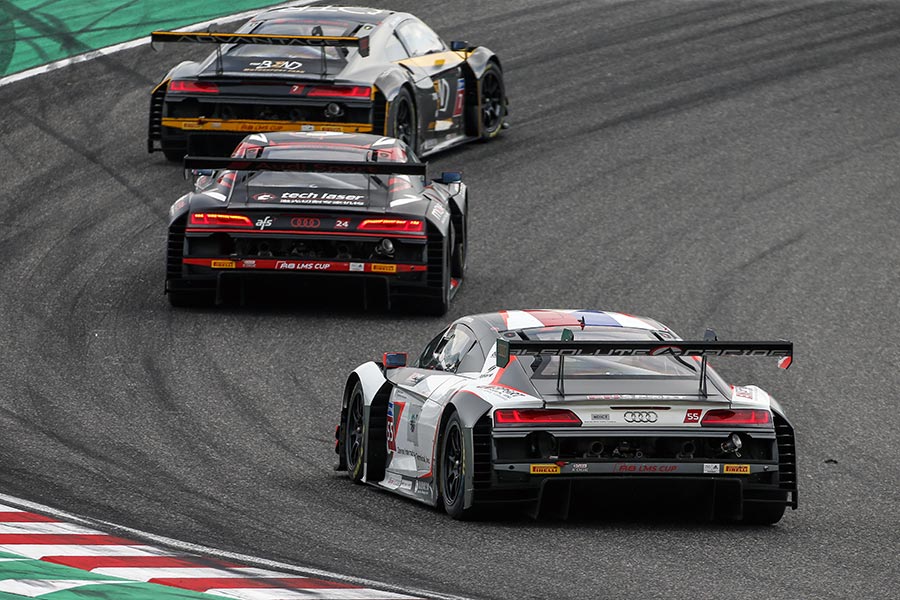 Unfortunately, the following day didn’t begin so well for Vincent. He spun out during Qualifying on the very fast turn 12 and ended up in the gravel. With no time set, he was left with no choice but to start Race 2 from the very back of the grid.

The lights went out for the final time in the Audi R8 LMS Cup on Sunday afternoon. Vincent saw an opportunity on the inside and immediately made a break for it into the first corner where he successfully came out in P7. He then found himself battling with Bates yet again which, on this occasion, lasted all the way to the finish line. The #55 EN Sport by Absolute entry was ahead for most of the 15-lap race as Vincent held off the Australian for P6. But the sweltering heat and physical fatigue eventually forced the Filipino driver to back off and let Bates through on the last lap.

Though he crossed the finish line in 7th, he managed to take another victory in his class and conclude the season as the Challenger Trophy champion in spite of missing the curtain raiser in Australia. 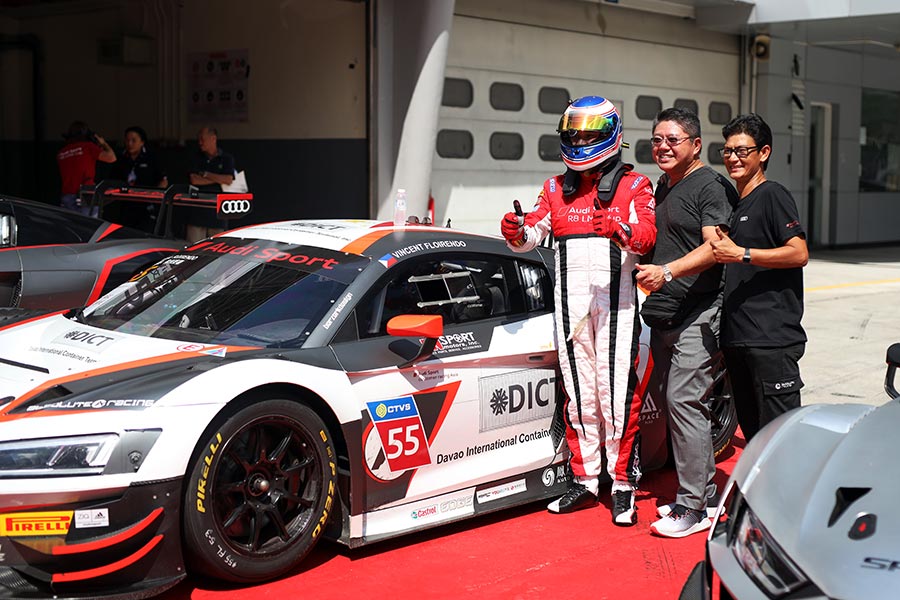 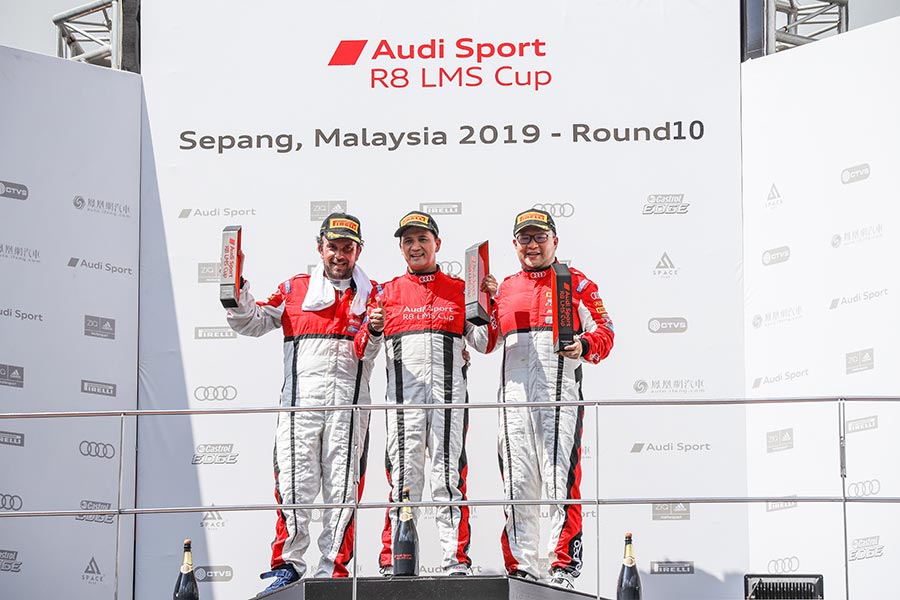 Vincent Floirendo: “The whole season was good for me. It was a big learning curve. I think I’m improving. Also glad to win the Challenger Trophy in 2019 specially when I learned that this is the last year for the Audi R8 LMS Cup. With the season now over, my focus turns to 2020 where I plan to enter the Thailand Super Series which also acts a support race for the F1 Vietnam GP. I’m also considering to continue racing the 911 GT2 RS Clubsport during Porsche events. We’ll see.”