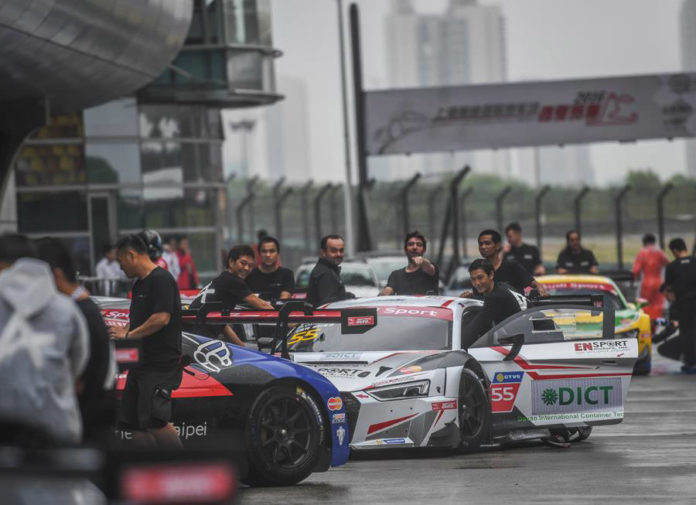 Of all the 18 drivers in this year’s Audi R8 LMS Cup, there’s only one that we really care about – Vincent ‘Enteng’ Floirendo in the No. 55 EN Sport by Absolute machine. This is what happened on his very first outing last May 21/22 at the Shanghai International Circuit.

Vincent didn’t get the most out of his debut, missing 2 days of free practice on Tuesday and Wednesday. He only managed to get behind the wheel of his Audi R8 GT3-spec car on Friday… in the wet. But he quickly got accustomed to the new machine and qualified P14 on Saturday, P3 in the Amateur Class.

“The Audi R8 is quite similar to drive compared to the Ferrari 458 Challenge. Both cars are mid-engined, but the Audi feels more like a go kart with much more grip in high speed turns and more aero which means more G force. It’s also very tiring to drive and have to work out more,” commented Vincent. 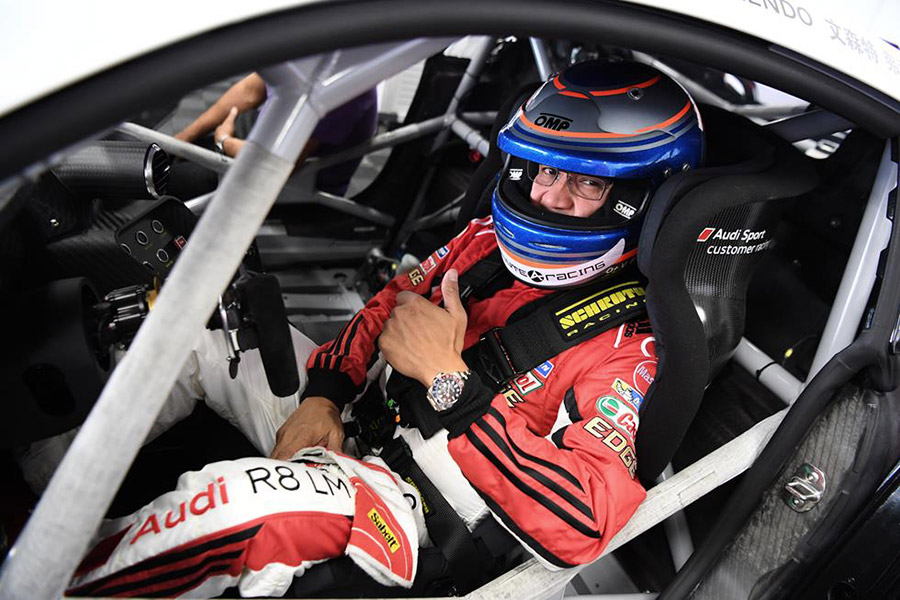 It was a tough challenge for the Filipino driver who hasn’t raced competitively since 2014. On one occasion, he was running as high as 2nd in the Am Class when he lost concentration due to fatigue and spun out. He’s also up against more seasoned drivers which he admitted to have a hard time keeping up with.

Reflecting on his Audi R8 LMS Cup race, Vincent said “My first outing in the Audi R8 LMS Cup was very exciting. Imagine being on the same grid as F1 driver Alex Yoong, Marchy Lee of Hong Kong, Swiss lady driver Rahel Frey, and 7 other top drivers from Europe and Asia. I realized that I have to be more physically and mentally prepared, but it’s only my first season in the series and have a lot more to learn.

The Audi R8 LMS Cup returns for Round 3/4 on July 23 to 24 at the Chang International Circuit, Thailand. There, Vincent plans to arrive on track days earlier to get more kilometers behind the wheel, work with his engineer Mato Tan, and familiarize himself with the new track. 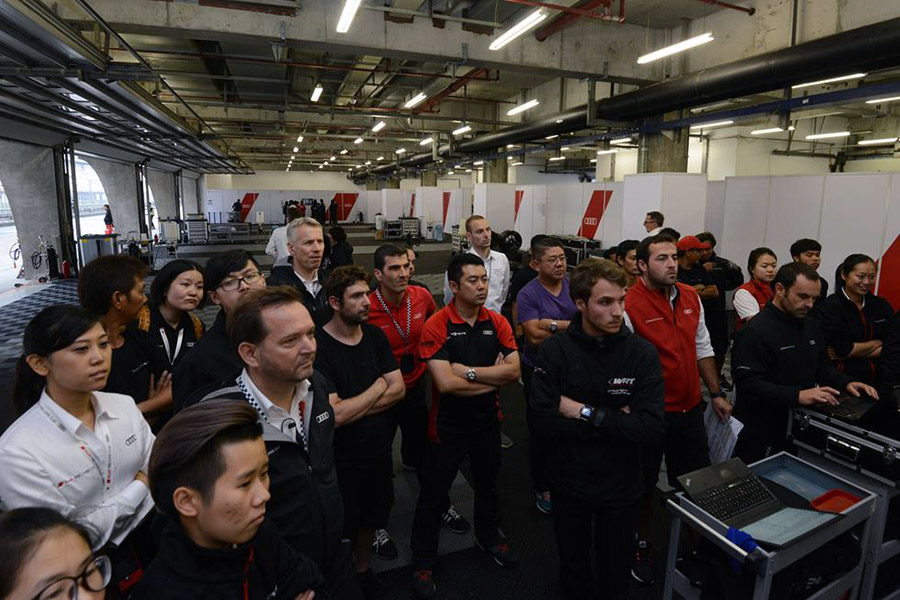