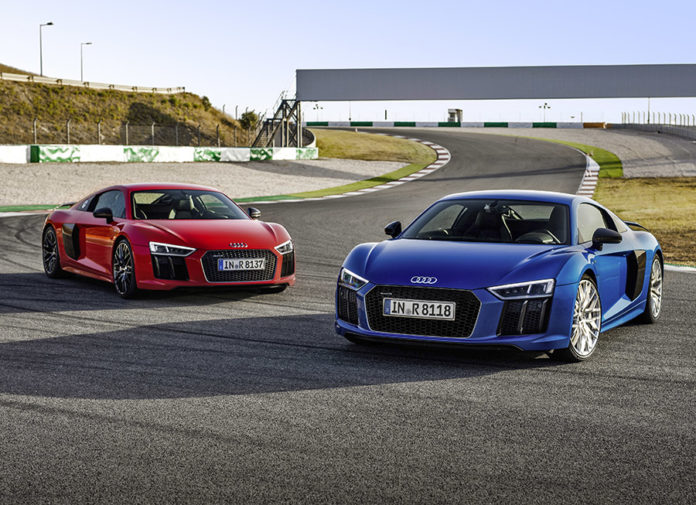 It may have taken PGA Cars Inc. a little over a year to get their hands on a few fine examples, but at last the all-new Audi R8 is here. And it’s not just the ‘regular’ 540 hp R8. The ones they have are the ultra-special V10 Plus that’ll soon make appearances in local supercar meets.

Although it looks more like an evolution rather than a revolution, Audi’s new supercar really is ‘all-new’.

The exterior doesn’t stray away too much from the old R8. It’s still undeniably an R8 but with more sharp edges and styling cues that make it fit better into the current Audi gene pool. Yes, the grille is bigger and has more corners while all the horizontal air slats are now made vertical. But the most prominent feature of the first gen R8, which were its famous side blades, have now been cut up into 2 separate segments. *gasp* 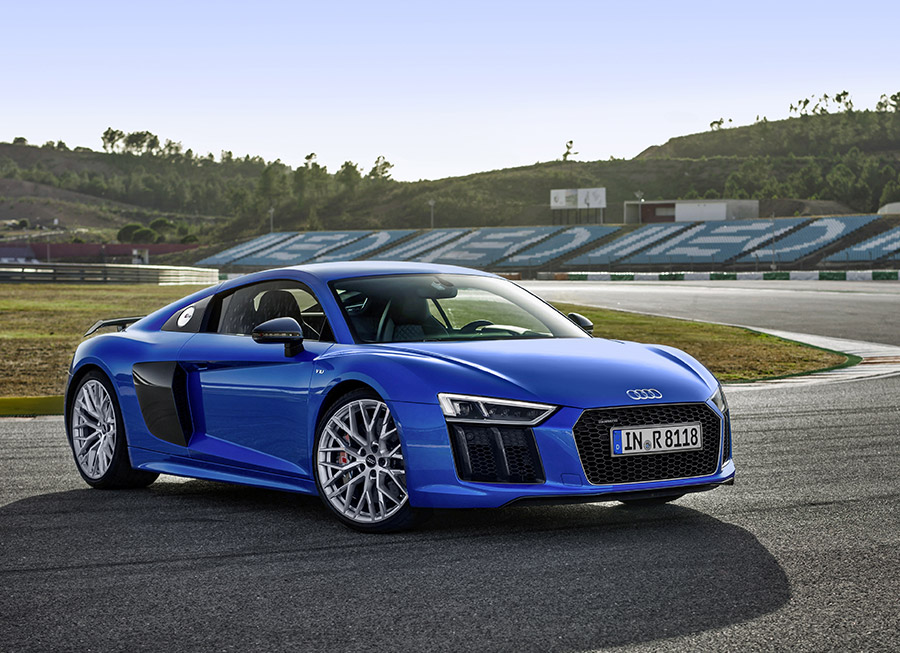 Audi claims that the carbon fiber fixed wing fitted onto the R8 V10 Plus adds downforce. Honestly, we think it’s just to let other R8 owners know that you have more money than they do.

As for the mechanical bits, there’s a new space frame underneath made of 79% aluminum and 13% carbon fiber. Not only is it lighter but also offers 40% better rigidity. As for the power unit, Audi will no longer offer a V8 option… not that we’re complaining. Instead, all R8s from now on will have a mid-mounted 5.2L V10 – one that revs all the way up to 8,700 rpm. The unit found in the V10 Plus in particular is tuned to deliver 610 hp and 560 Nm of torque, making it the most power Audi ever built.

Aside from the death of the V8, motorheads will also mourn the demise of the 6-speed manual gearbox. The 7-speed S tronic dual-clutch transmission is now standard equipment across all versions of the R8. Why? Because of lap times and according to Audi, only a few distinguished customers prefer to drive with 3 pedals anyway. 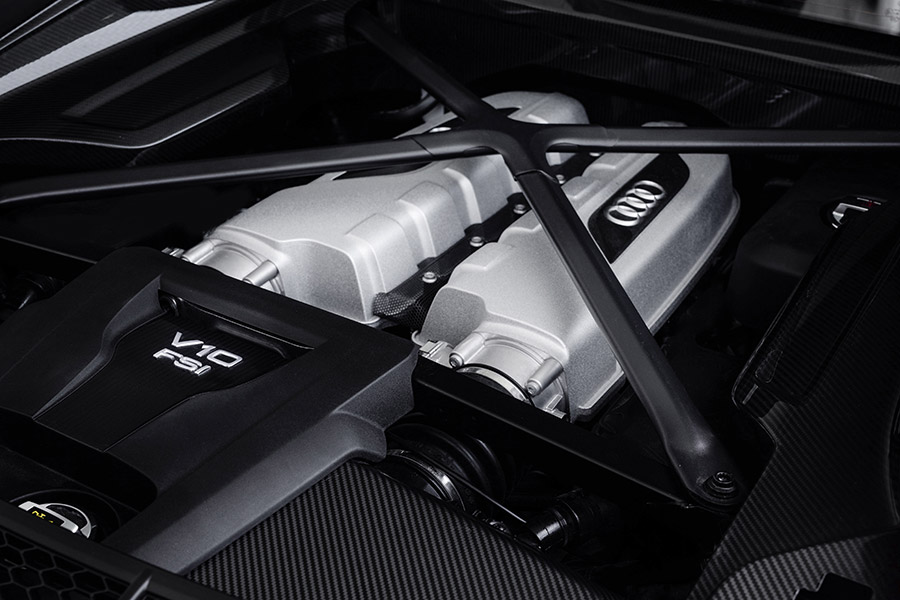 Audi has likewise revised the R8’s quattro all-wheel drive to help it go around corners. There’s a new mechanical locking differential on the rear axle while front is fitted with an electro-hydraulic multi-plate clutch. The huge 380 mm carbon ceramic brakes, on the other hand, makes sure it doesn’t crash through fences, walls, or tire barriers.

Put everything together and Audi’s all-new R8 V10 Plus will go around the Nürburgring Nordschleife in 7:32.000 or 12 secs quicker than the old machine. Oddly enough, that’s still 4 seconds shy of its twin the Lamborghini Huracan.

If you’re rich enough to afford one, we suggest that you do now because this might be the last naturally-aspirated R8. Other supercar builders (except for Aston Martin) have gone for turbo power and we won’t be too surprised if Audi follows suit. 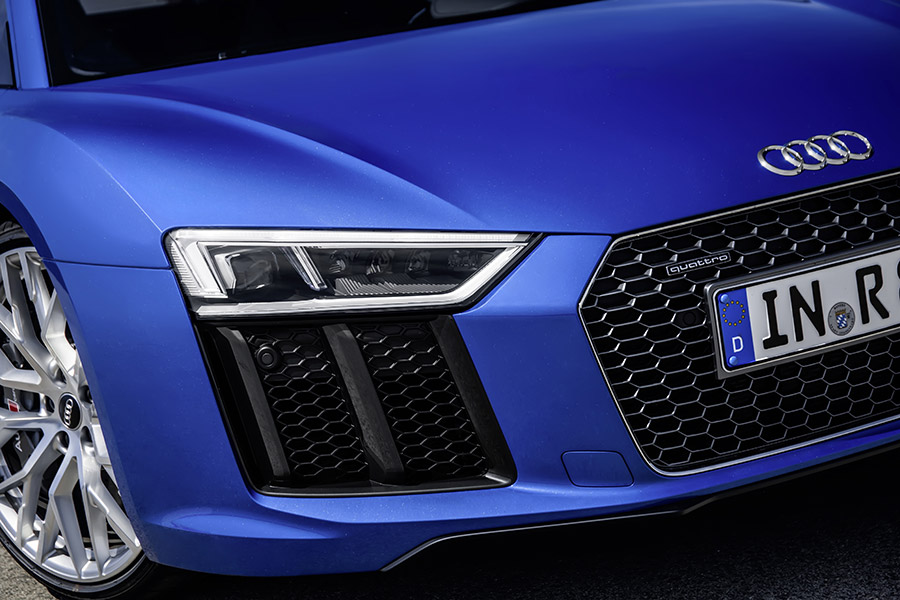 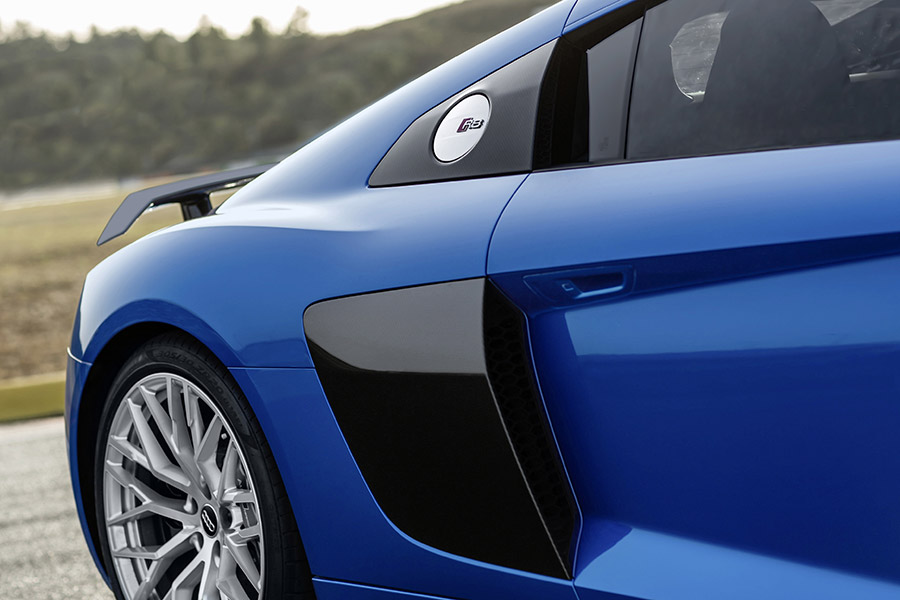 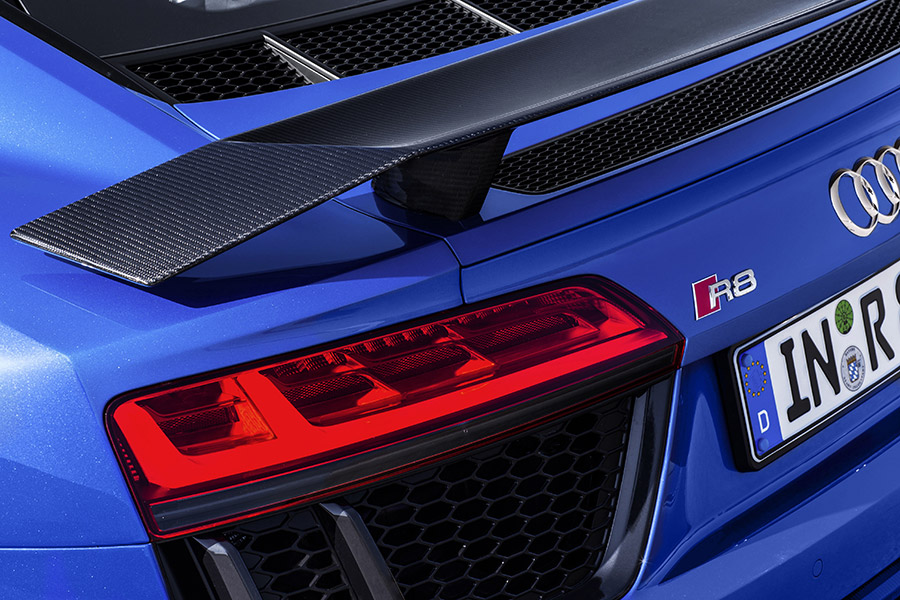 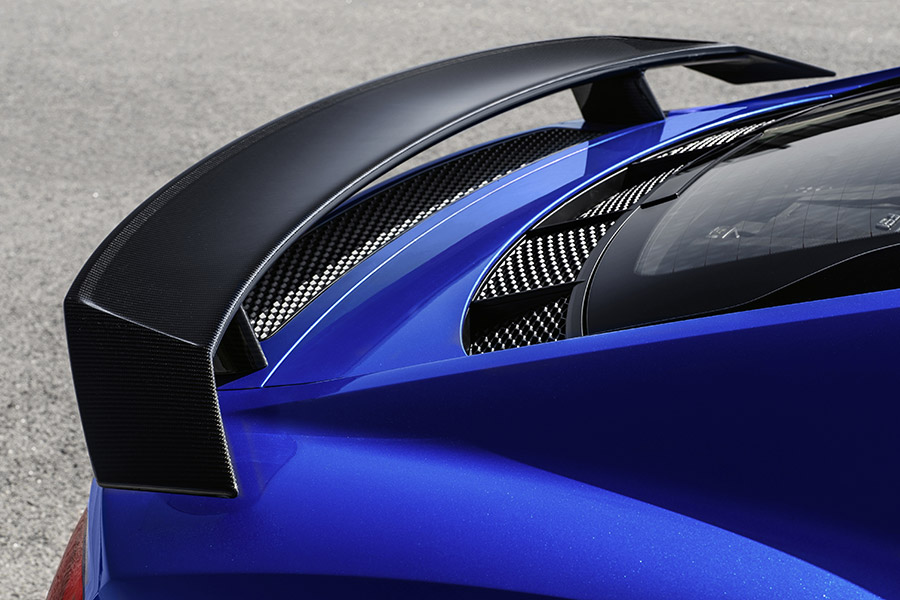 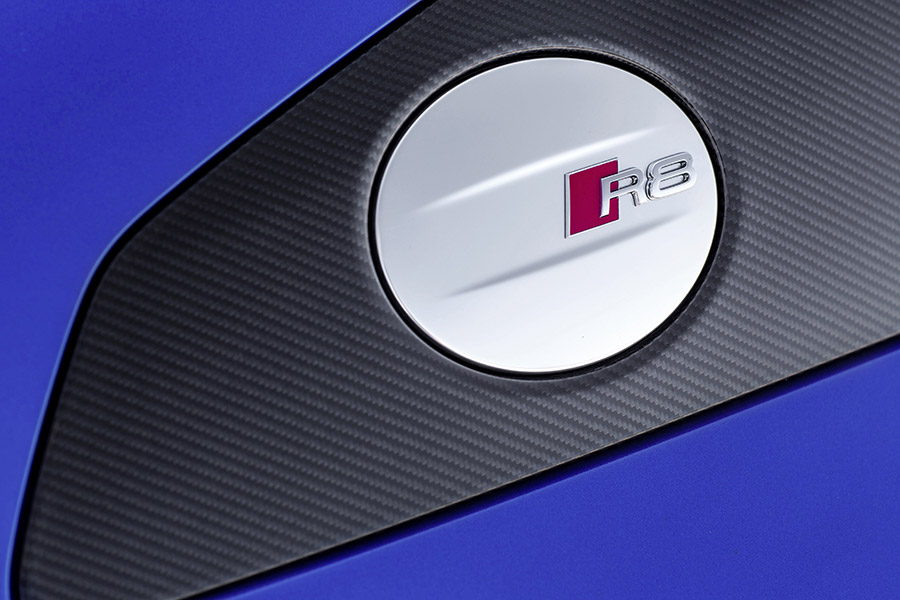 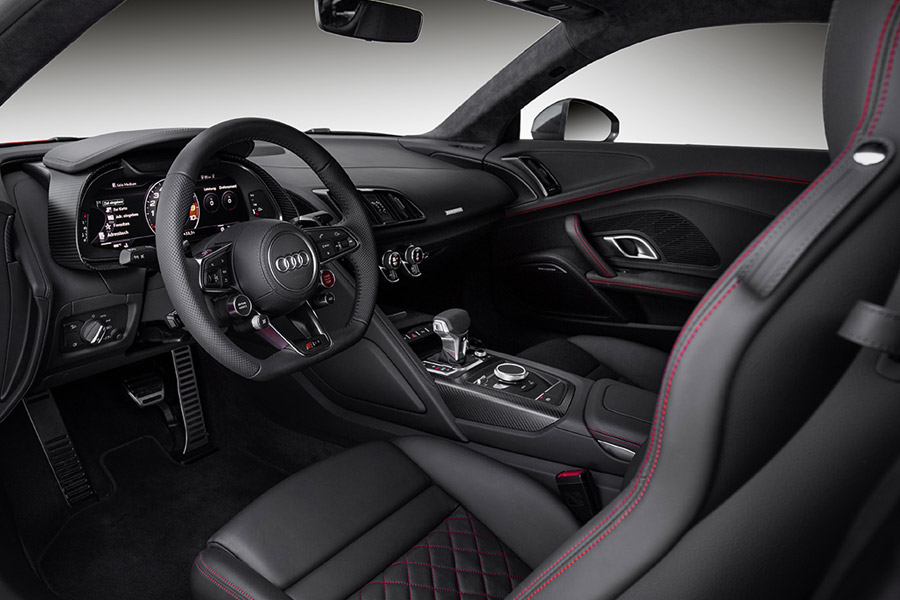 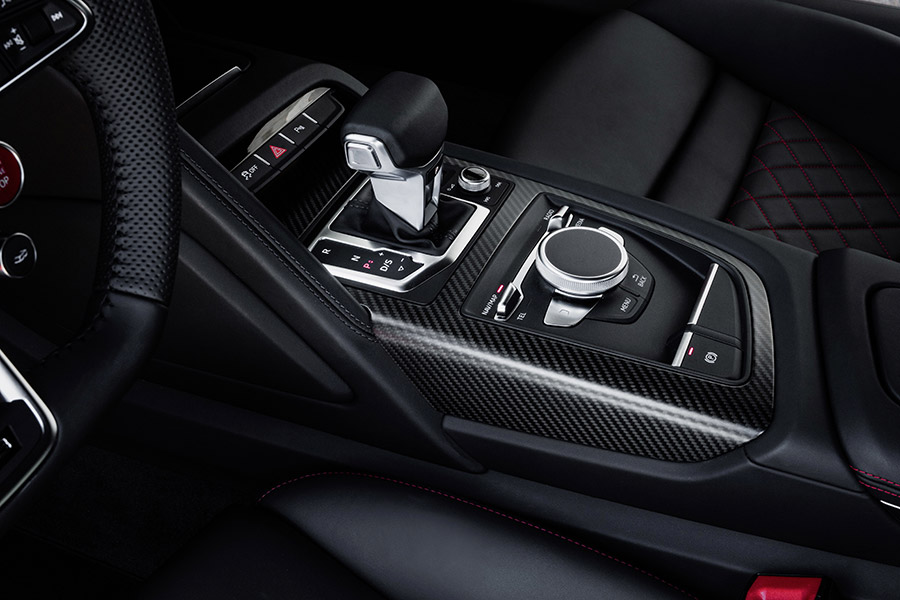 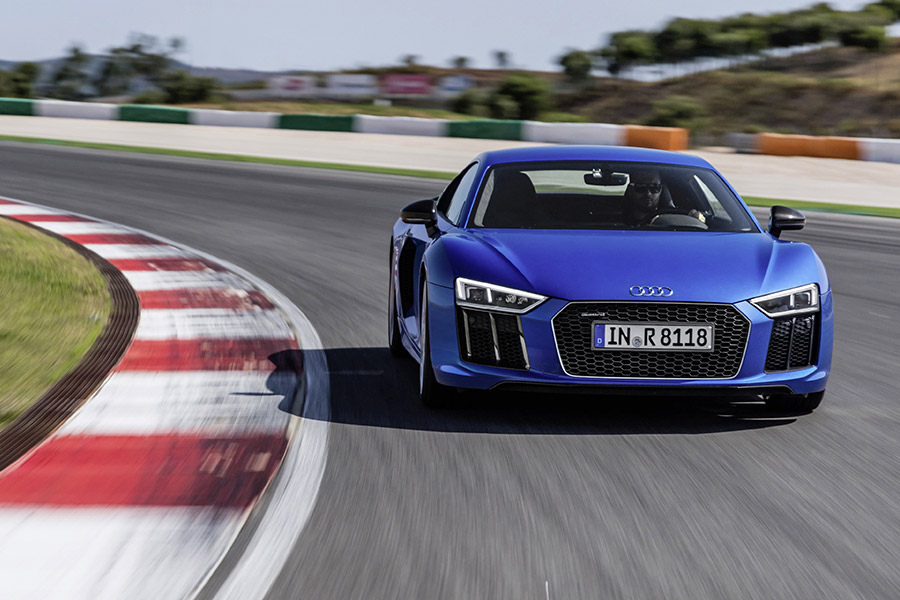 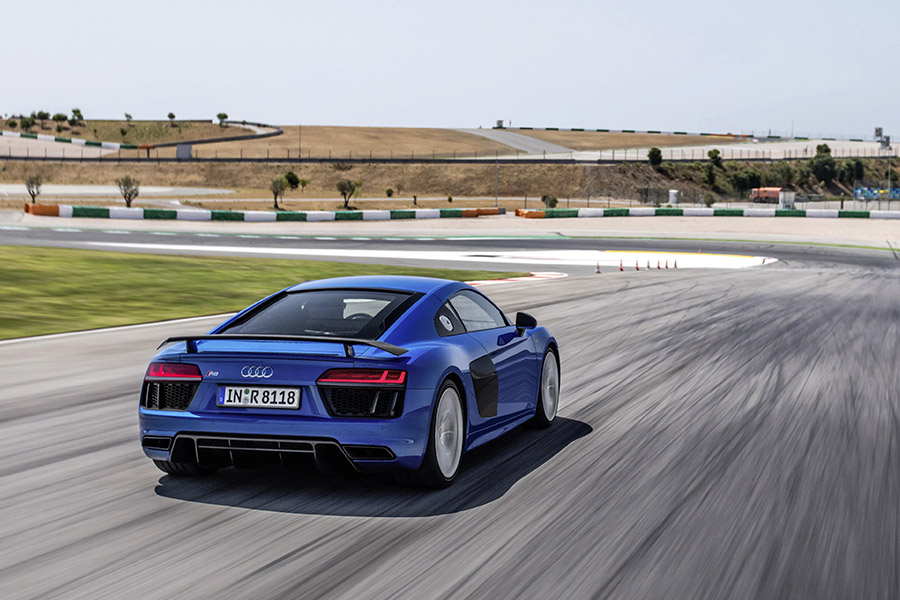 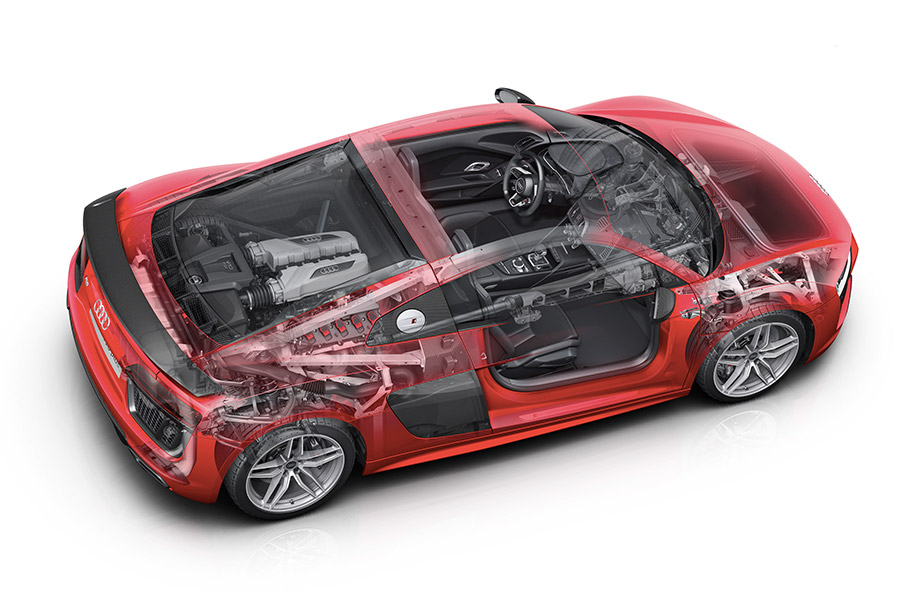