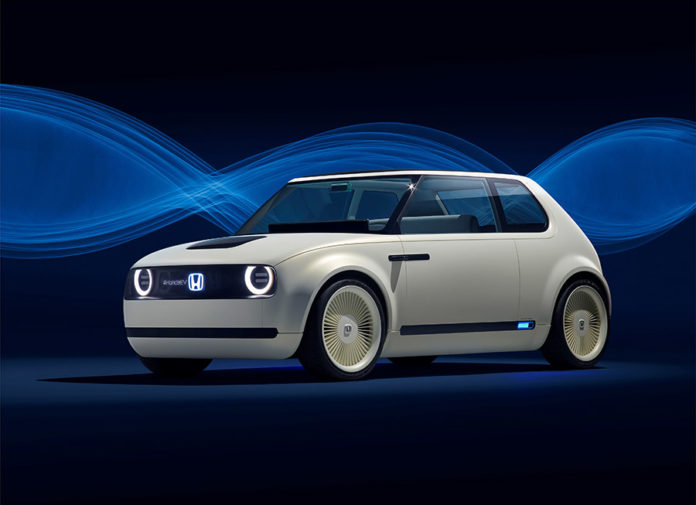 The future of the automobile is electric. It’s inevitable and Honda is jumping on the bandwagon with this, the Urban EV Concept, which is supposed to be an all-electric 3-door hatchback.

This ‘concept’ looks like it jumped straight out of a sci-fi movie. It has circular halo headlights, cameras that stand in for side mirrors, and suicide doors that open backwards. Honda even mounted LCDs on all sides that spell out words, greetings, and display how much juice left is in the battery. As for that black cutaway on the hood, it’s not an air intake. It’s where you plug this EV in. 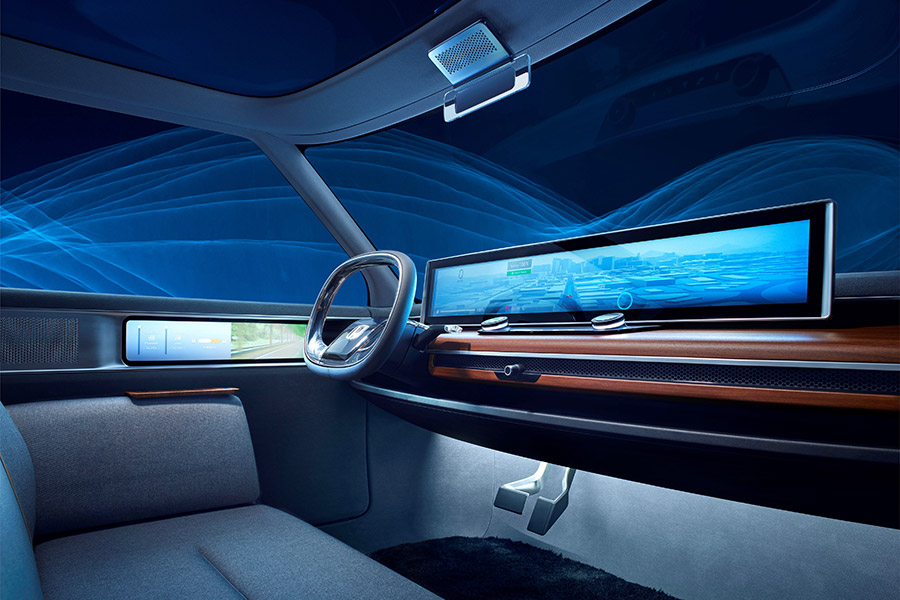 If you think the Urban EV Concept looks weird from the outside, it’s even weirder on the inside. There’s a massive screen on the dashboard that’s almost as wide as the dash itself. The steering wheel is square and has benches for seats. Benches… like they did in the ’60s.

But don’t be fooled by the name, because the Urban EV Concept isn’t really a concept. Honda Motor Co. President and CEO Takahiro Hachigo confirmed that “this is not some vision of the distant future; a production version of this car will be here in Europe in 2019.” 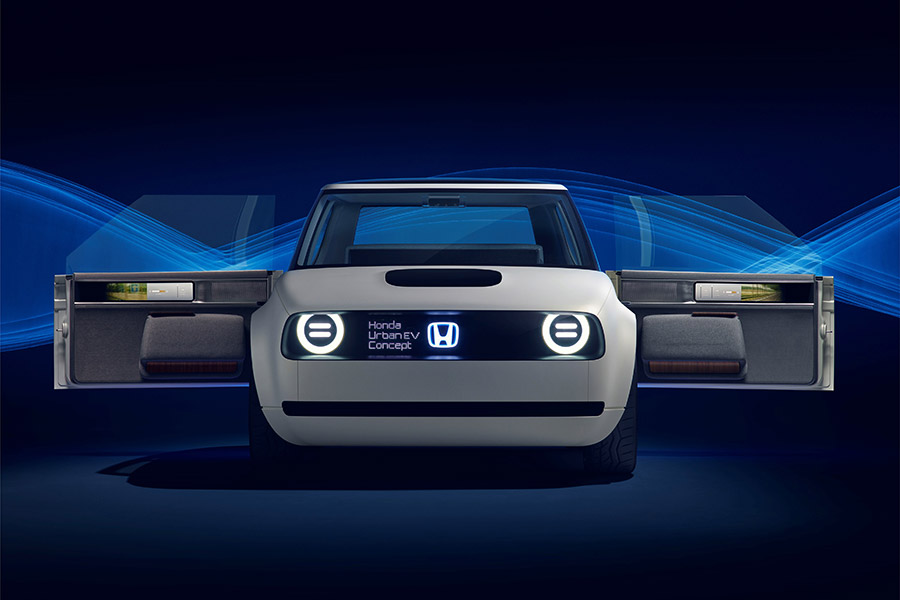 That’s in 2 years if you’re counting, 2 years for its designers and engineers to turn this stylish, retro throwback to the 1st generation Civic into something production-ready. And in those 24 months, it’ll be a shame to see the Urban EV Concept drop some of its fancy gizmos. But honestly, we don’t care if it does as long as the hatchback that hits the streets doesn’t lose any of its retro goodness.

Heck, we don’t even care if its an EV as long as it gets to keep those bulging arches and sweet multi-spoke rims. 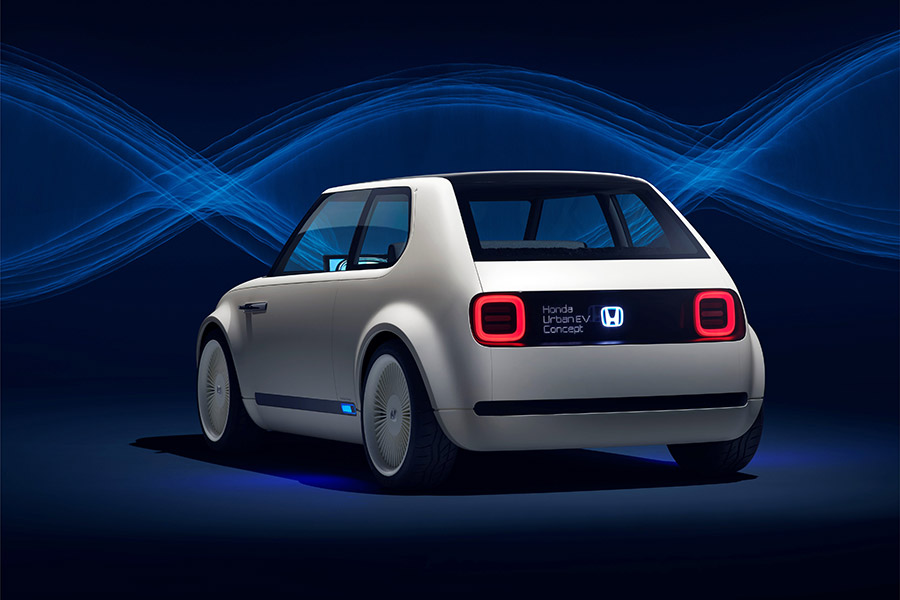 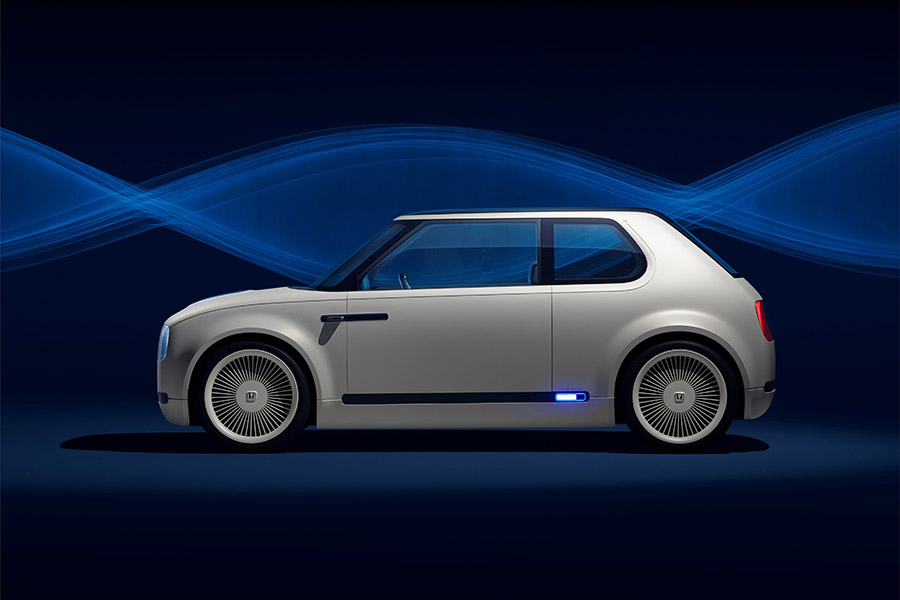 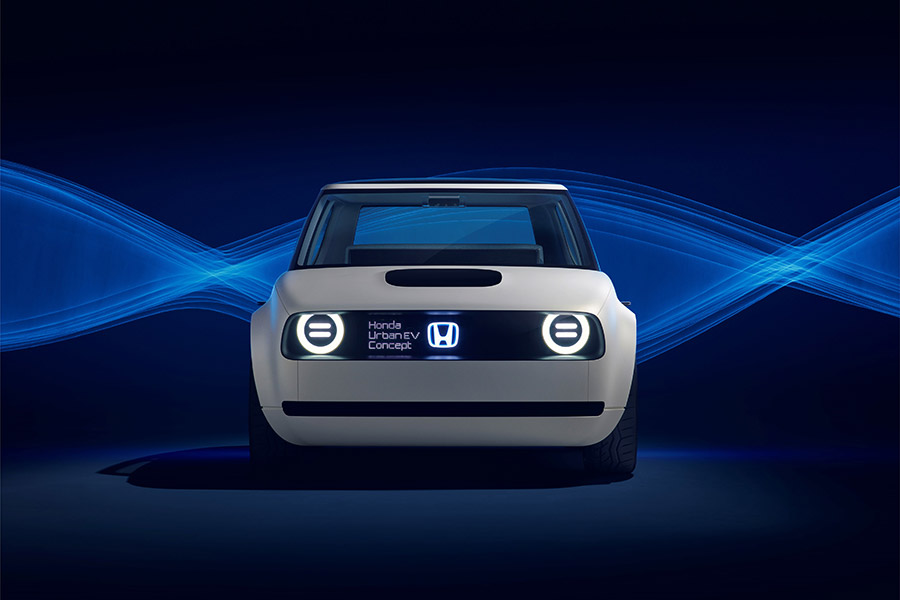 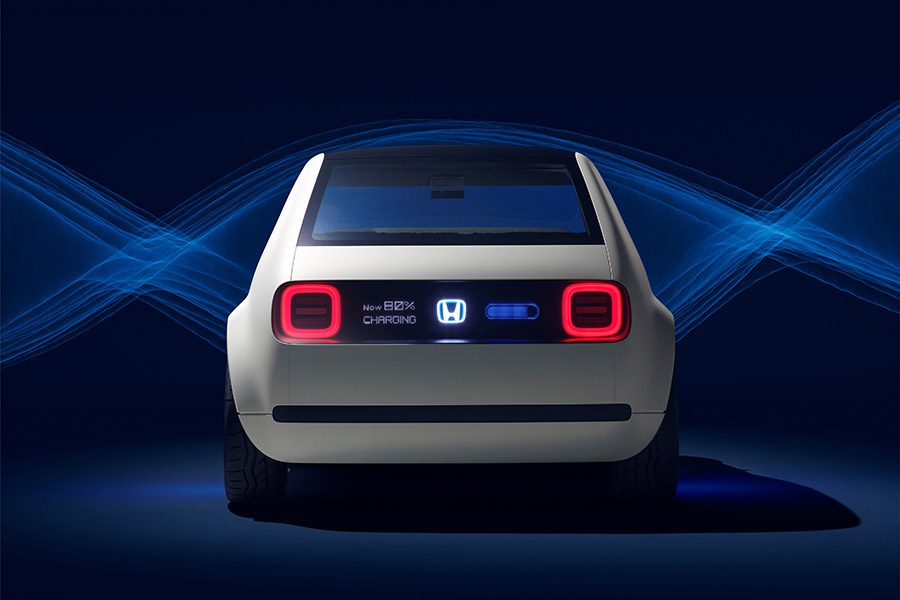 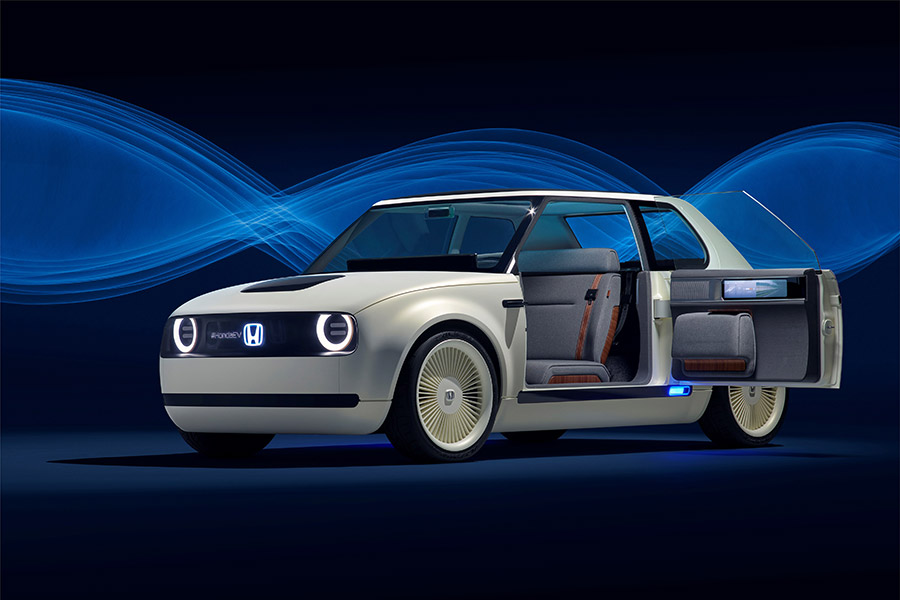 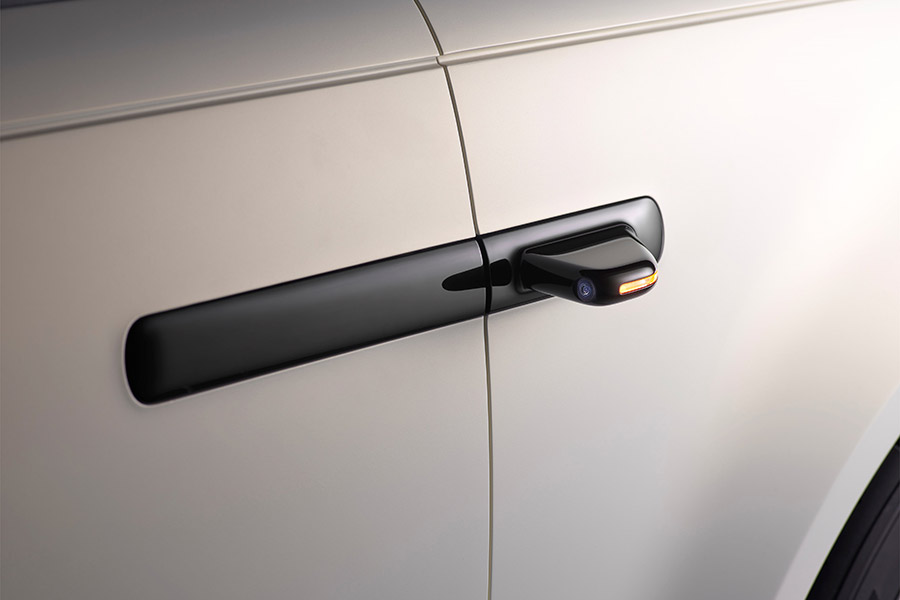 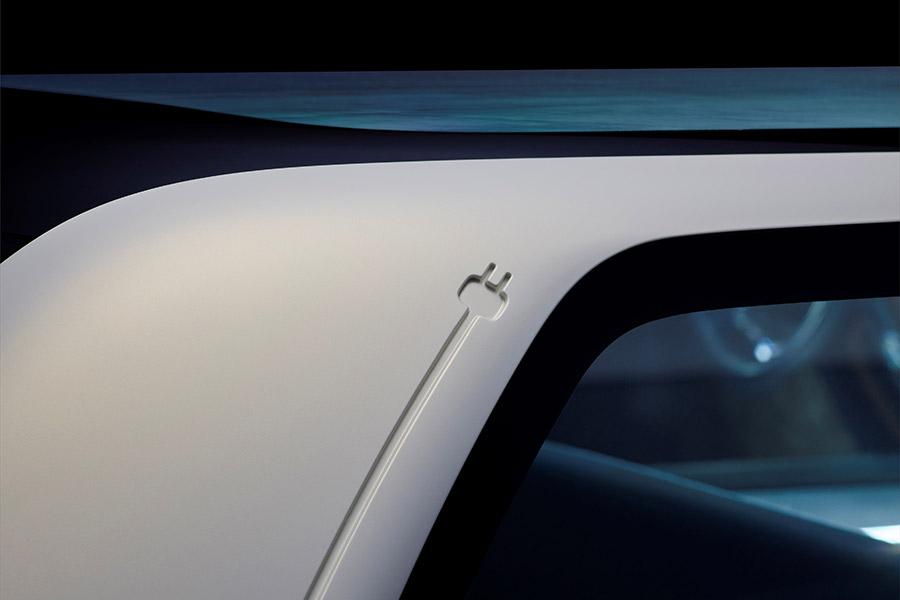 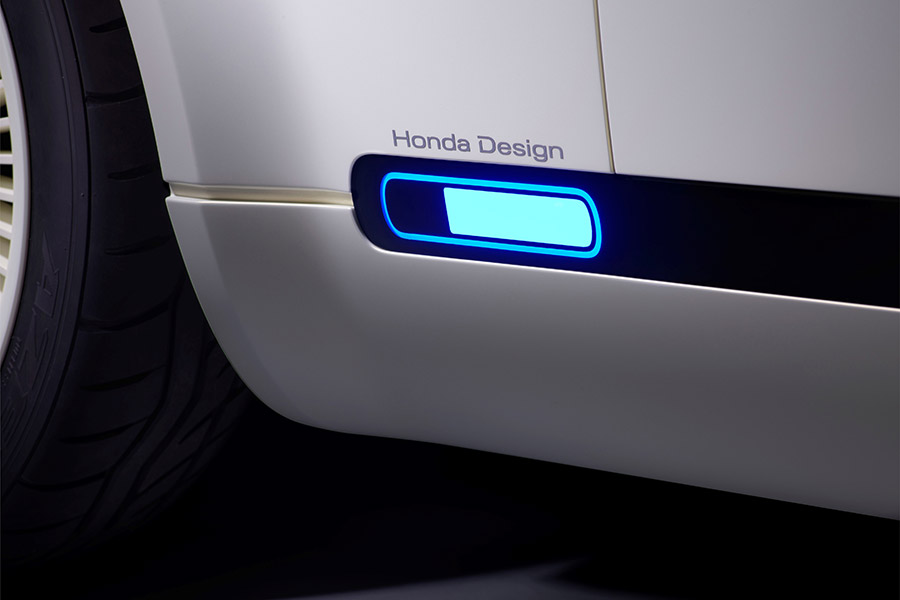 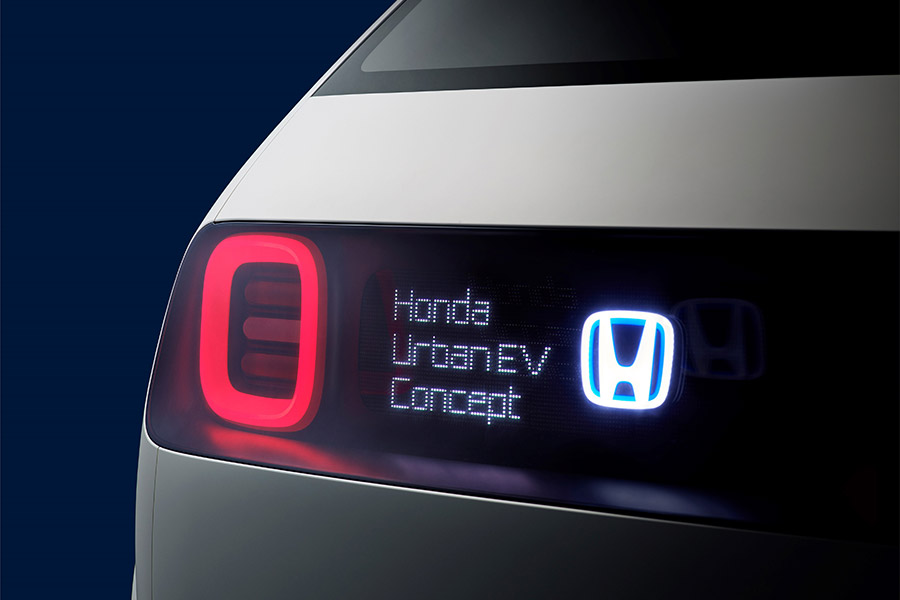 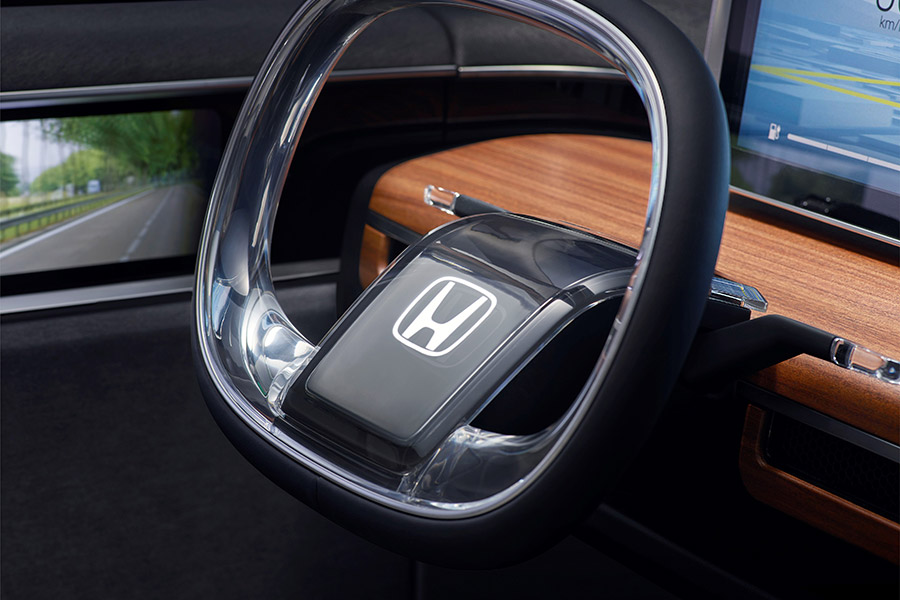