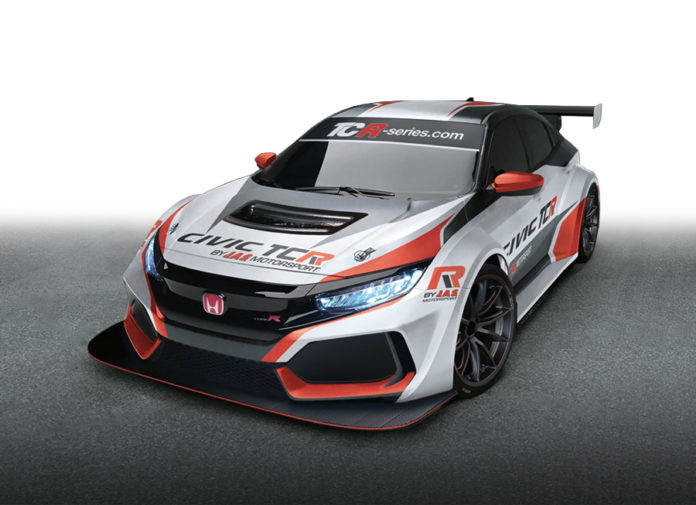 The all-new Civic Type R is now on sale not only in the Philippines, but also worldwide. And one of the lucky few to get their hands on one (or a few) is JAS Motorsport who have, by now, begun turning them into race cars for the TCR Series in 2018.

Based on the FK8 Type R, the new machine is said to have reduced drag and improved downforce over the current FK2 chassis. We’d imagine the new multilink rear suspension will be a big step up over the old torsion beam system as well. Add to that an upgraded ECU, latest FIA-spec rollcage, and revised anti-rollbar and you’ve got a great overall package that should be hard to beat on track.

They’re also developing an ‘endurance version built to last long-distance races such as the VLN Endurance Championship and Nürburgring 24 Hours. Main differences are the added lights, driver cooling, and ABS.

JAS Motorsport should be able to deliver the all-new FK8 Civic Type R TCR to customer teams by December 2017. 25 will be completed in time for the 2018 season, whichever TCR Series they’ll be raced in, while the rest of the orders will follow later in the year.

When it does go racing, it’ll have big shoes to fill. Its predecessor, of which 50 examples were built, has won the European Touring Car Cup, TCR Germany, TCR Middle-East, TCR Italy and TCR Benelux Series, plus the Macau Guia Race over the last 3 years.

“The new car shows significant development in several key areas such as aerodynamics, suspension and electronics,” said Mads Fischer, JAS Motorsport TCR Project Leader. “Our first Civic Type R TCR car has won 5 championships already and is in contention for another 8 this year in Europe and Asia, and our aim is to ensure that the new car continues to raise the bar for TCR competition globally.”